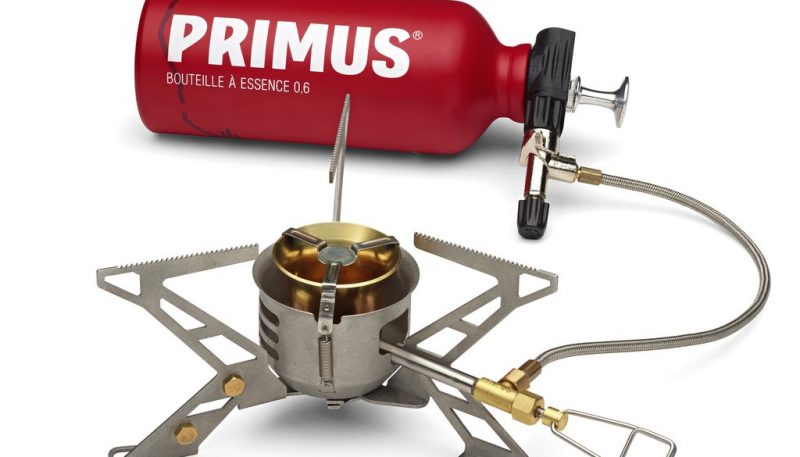 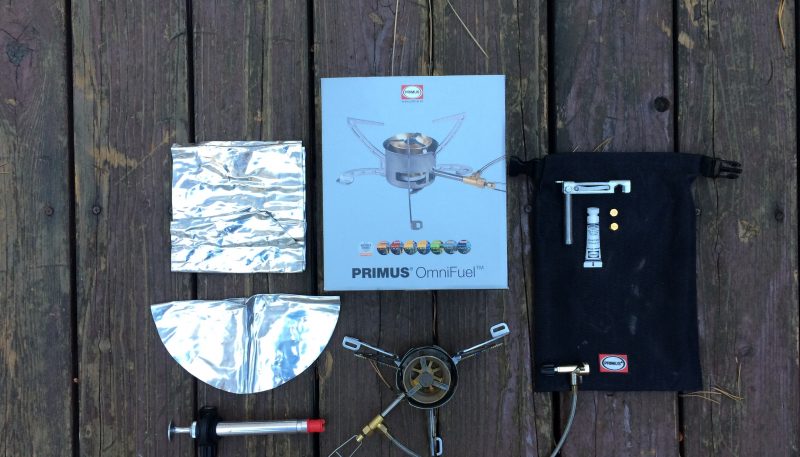 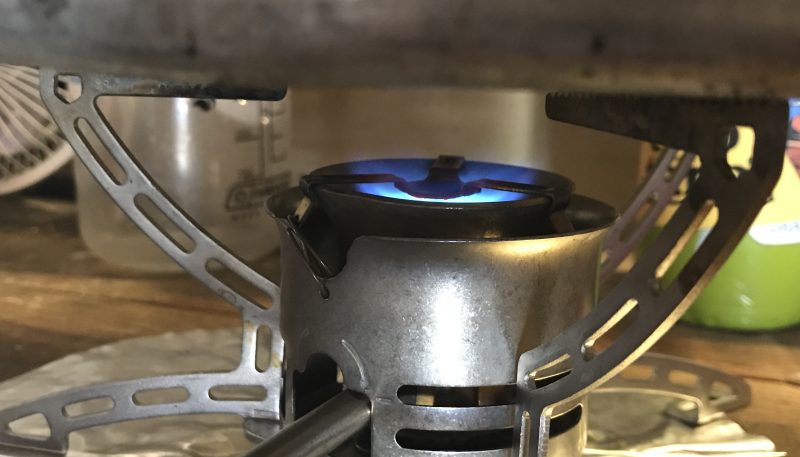 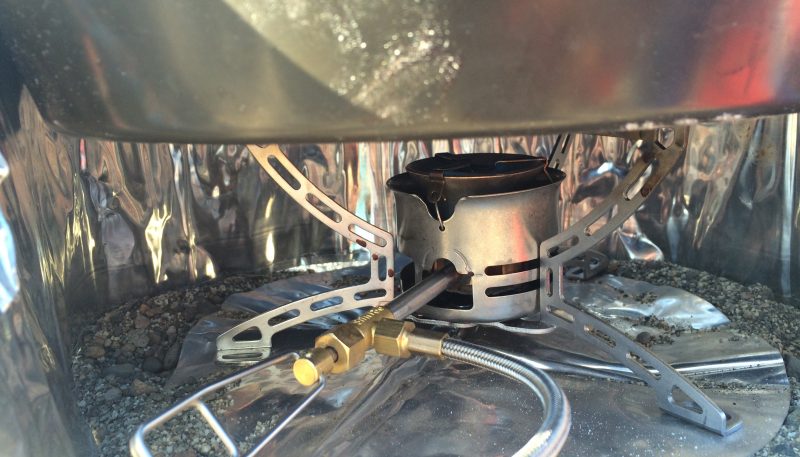 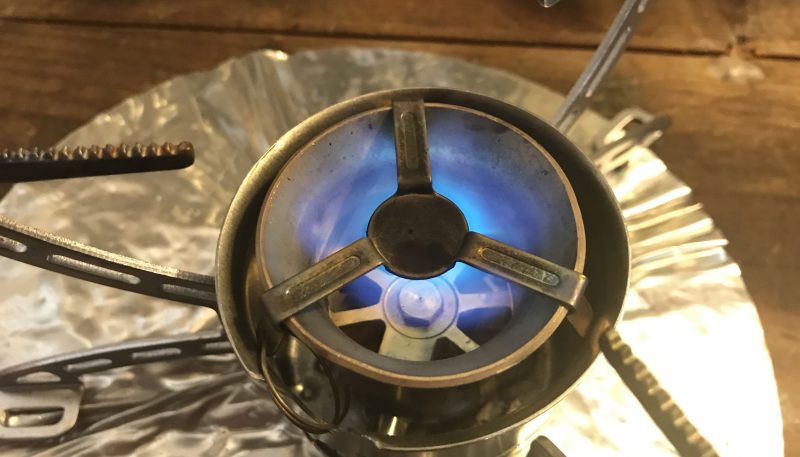 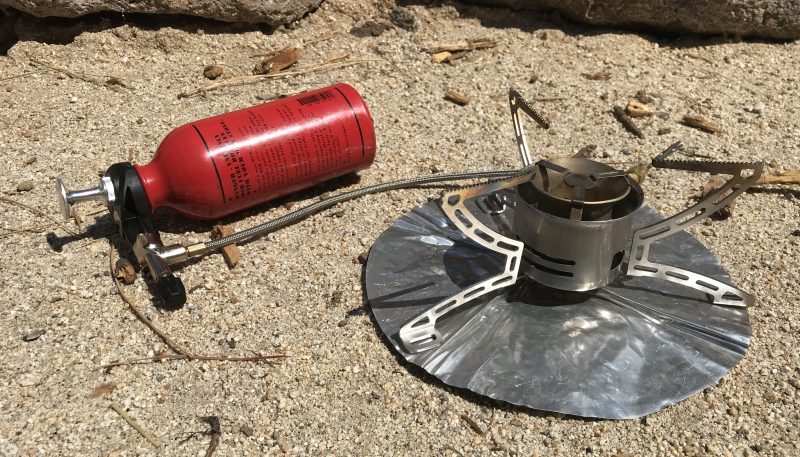 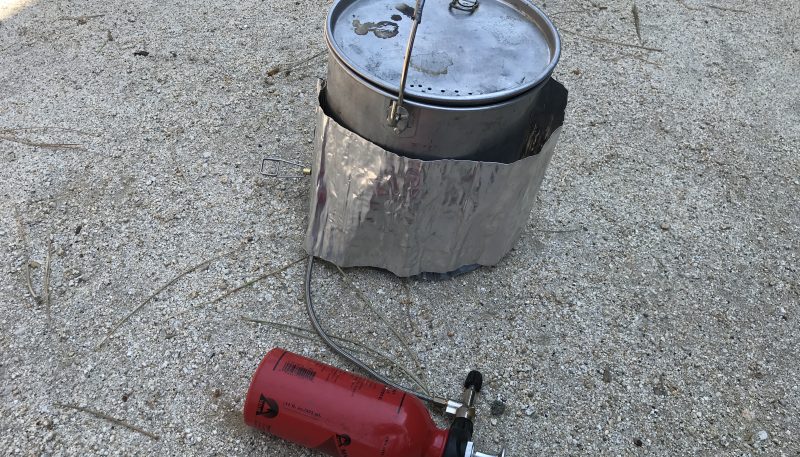 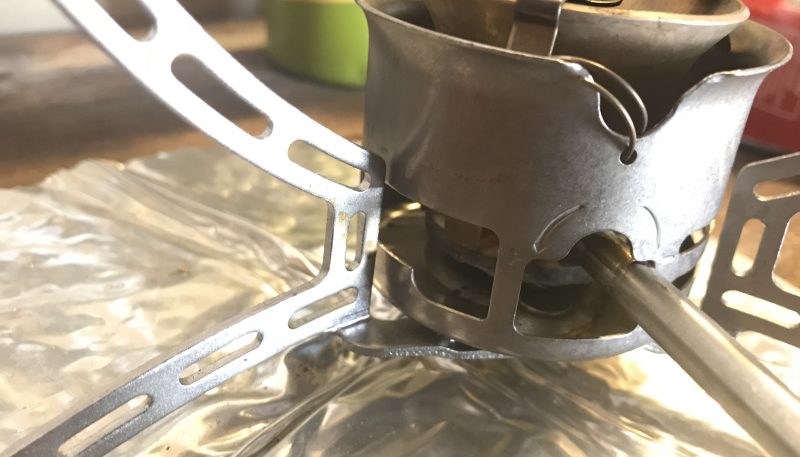 THE VERDICT
The Primus OmniFuel is no doubt a practical, proven piece of cooking gear ready for any environment. It’s most appealing attribute is its fuel versatility, and a few components, such as the ErgoPump, jet exchanges, and flexible fuel line, make it easy to use. It offers dependable flame control, too. The drawbacks don’t take away from its ability to cook or perform in adverse conditions once up and running. It’s not the lightest stove in the category but it’s no doubt a solid option for any backcountry enthusiast seeking a way to be prepared when unsure about what kind of fuel options their travels will provide.
FULL REVIEW

The Primus OmniFuel is a multi-fuel expedition stove, a backcountry cooker designed for extended times in the backcountry, long, uncertain roadtrips, and international destinations. In short, it’s the stove to take when you don’t know what kind of fuel the journey will provide.

Overall, it’s a dependable stove with few drawbacks—noise being one of them—and it could certainly serve admirably as a domestic hiker’s liquid fuel option in their stove lineup. The Omnifuel will burn isobutane, white gas, kerosene, and jet fuel, the latter two options are recommended by Primus for use only when no other option is available, and therefore were not part of this test. Using white gas the Primus OmniFuel has a relatively consistent boil average, simmers very well, and fights off wind. It is a pleasure to use, however, and suffered no loss of performance or physical issues during testing. The exchange of jets when switching fuels is also a breeze.

The advent of the category-leading Kovea Booster +1’s ability to use one jet for liquid fuel and compressed gas canister fuel should have ushered in a wave of similar designs. Yet, neither Primus, Optimus, or MSR have managed to make it as easy to swap fuel types as Kovea. The Optimus Nova uses a single jet for all liquid fuels, but not yet for canister gases. Until one of them manages to reach the level of simplicity as the current leader of this category, Kovea will reign.

The Primus OmniFuel boiled five liters of tap water on roughly four ounces of Coleman white gas for an efficiency ratio of .79 (the lower, the better.), making it the most efficient stove when using this fuel type.

The conditions were breezy, with 6 mph winds and gusts up to 14 mph. The windscreen and heat reflector were used with a 4-liter aluminum pot, and it was 75º at just under 6,000 feet of elevation. Math would offer that on 16 ounces of white gas, the OmniFuel could boil just over 20 liters of water, depending on conditions.

These numbers suggest that if a single hiker was to boil water for coffee in the morning and dinner at night, a small, 11-ounce bottle of white gas could last between five and seven days, assuming calm conditions prevailed. Remember that some meals require longer simmers, so err on the conservative side. For comparison’s sake the MSR XGK boiled 16 liters on 16 ounces of fuel, making it slighly less efficient than the Primus. The Kovea Booster +1 was upset in this test rating. It boiled 19 liters on 16 ounces of white gas for a ratio of .84 (liters boiled/ounce of fuel.)

Using canister gas the OmniFuel needed 4.3 ounces of MSR’s IsoPro fuel to boil five liters of water in the same conditions as the white gas test. Thus, an 8.1-ounce canister could last about five days. Most freeze-dried meals need only two cups of boiling water, making it possible that the OmniFuel could make 8.1 ounces of fuel last a week when boiling less than a liter each time. The Booster +1 is capable of boiling 16 liters on 8.1 oz. of canister gas, making it roughly two liters more efficient than this test’s subject.

Expedition stoves aren’t designed to be rapid boilers, although no one likes to wait too long for their dinner, especially after a day of cold, wet hiking. Using white gas, the Primus OmniFuel boiled five liters of water at 6,000 feet of elevation in slightly breezy weather at an average of 9:41/liter. That’s significantly slower than others in the test, but bottle pressure was increased after two boils, dropping the per-boil-average for the last three to a respectable 8:37/liter.

On canister gas, the OmniFuel cruised nicely at 4:23/liter, making its performance on this fuel type on par with the MSR Whisperlite Universal and much faster than the category-leading Kovea Booster +1.

With its polycotton carry case and all included accessories, the Primus OmniFuel weighs 1 pound, 7 ounces. When minimally packed for use with only isobutane gas (carrying windscreens but no pump or jets) expect to carry 1 pound 3 ounces  The Whisperlite Universal is lighter by 4 ounces with all accessories, but the Optimus Nova is merely one ounce less.

Testing showed the stove doesn’t reach a consistent flame as quickly as others in the test when primed with white gas. It took slow, patient dial turns for a steady, blue flame to sputter to life. A slight twitch to the right and it would burp orange flame. Granted, bottle pressure does impact ignition after priming, and the ErgoPump may have required fewer strokes to pressurize when screwed on to an 11-ounce bottle. Keep that in mind. Once running, the stove does allow for excellent flame control.

Attaching the pump to the fuel line dial is made easy because of a threaded, brass valve that snugly screws the two together, and the ErgoPump is the best iteration among all liquid fuel stoves tested, providing a comfortable grip, durability, and no-hassle bottle attachment. The pump rests in a plastic housing that tilts it when inside the bottle. The angle removes the pump from the fuel when flipped to “off mode,” subsequently shutting down the stove. When in off mode, leaving the burner control valve on will burn off white gas remaining in the lines for a safer transition to canister gas. The legs unfold from a central point at the fuel line input and remained easy to unpack and adjust as needed.

The OmniFuel uses a fuel supply control at the pump and canister level, and a burner valve for direct flame control. Testing was unable to show how adjusting the fuel flow dial impacts flame control, as it seems the flame adjustment is all that’s needed to properly manage heat output. Lastly, the stove assembled and collapsed without hassle and jets were simple to swap using the included multi-tool, especially when compared to the MSR Whisperlite Universal.

The OmniFuel showed no significant signs of physical damage during testing, outside of the removable flame spreader bending, and coming loose from the small key ring designed to hold it in place during removal for jet exchanges. It can be pushed back into place if needed, but performance can suffer if it’s lost.

The fuel line connect points, which can be strained when wrapping the line around the stove, or during general transport when under pressure while tweaked, never leaked or stressed under the use.

Primus’ ErgoPump is a highlight. It’s a superb design that is sturdy and ergonomic; one would have to make a deliberate effort to damage its physical integrity. In pulling it apart to examine the innards, I found the plunger, springs, and O-rings to be in great shape even after months of use in primarily dry environments. It went back together smoothly and continued ticking. 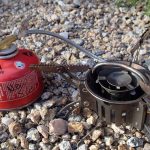