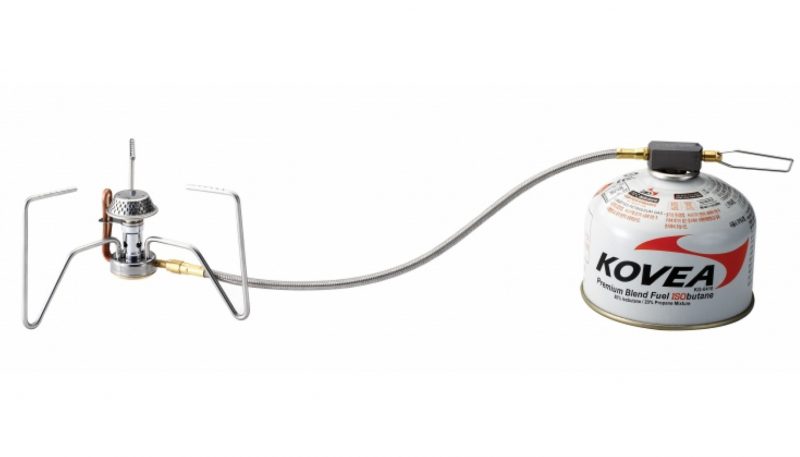 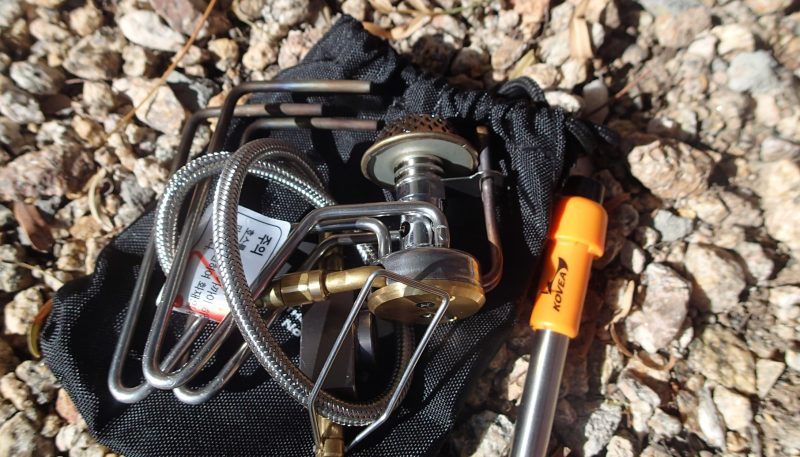 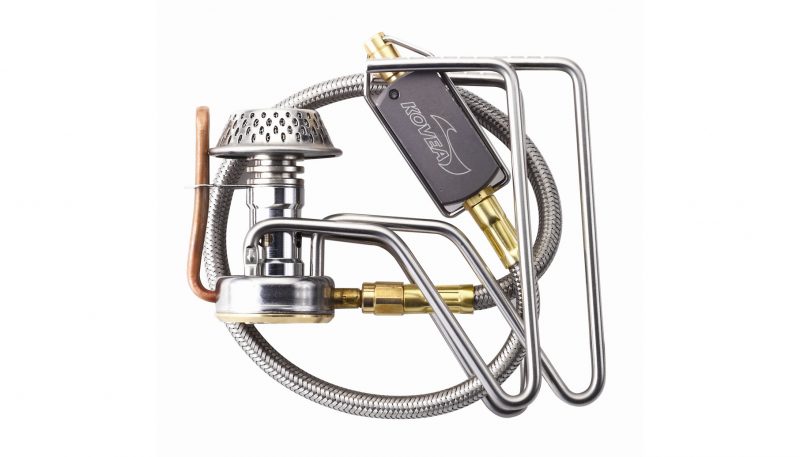 The Kovea Spider is an excellent backpacking stove. The packability, simplicity and efficiency should outweigh its less than stellar wind performance. The Spider isn’t super fast, but when you’re using a stove to cook actual meals, typically a rapid boil isn’t a priority. The Kovea Spider has a wide base, is stable under group-size cook pots and offers precise flame control.

Because of their versatility, it’s my opinion remote canister stoves will soon become the de-facto stove type for group cooking in non-alpine backcountry environments. The Kovea Spider is a good example of why I think that, as is the Optimus Vega, a stove I tested well over a year ago, but one that remains at the top of the remote stove category. The length and flexibility of the fuel line is a very important factor in remote canister stoves and shouldn’t be overlooked by manufacturers. The Spider’s is ideal, as it provides options in pot placement and packing.

Boil Time
The Kovea Spider averaged 5:26 in boiling 16 liters of water in a 2-liter aluminum pot. Its fastest time in the cycle was 3:14, the slowest, 7:52. The conditions were somewhat windy but clear, and water was at tap temperature. The MSR WindPro II, also a remote canister stove, averaged about a minute less/liter in the same conditions.

Weight
At only 6 ounces, the Kovea Spider is plenty light enough for those who are conscience of pack weight. With is carry bag and separate Piezo igniter, the package is 6.7 ounces. The WindPro II, including its bag and accessories, is 10.8 ounces and 6.6 ounces by itself.

Efficiency
Powered by an 8.9 oz. can of Primus Power Gas, the Kovea Spider boiled 16 liters of water. The last four boils leveraged the inverted canister as fuel pressure dropped. The WindPro II was as equally efficient.

Wind Performance
This stove is not a champion in the wind, unfortunately. But with so many other good things going for it, it’s not a real concern. The Spider averaged 9:00/liter over 4 boils in high winds using a low-pressure (nearly empty) canister. However, once that can was inverted and a windscreen applied to the burner, the Spider averaged 3:32. While Kovea doesn’t include a windscreen like MSR does with the WindPro II, you can easily apply one of your own making, another benefit of remote fuel stoves.

Durability
I found no issues with durability with the Kovea Spider, thanks to its steel and brass makeup. It packs almost flat to fit in even the smallest pots and everything is finely engineered.