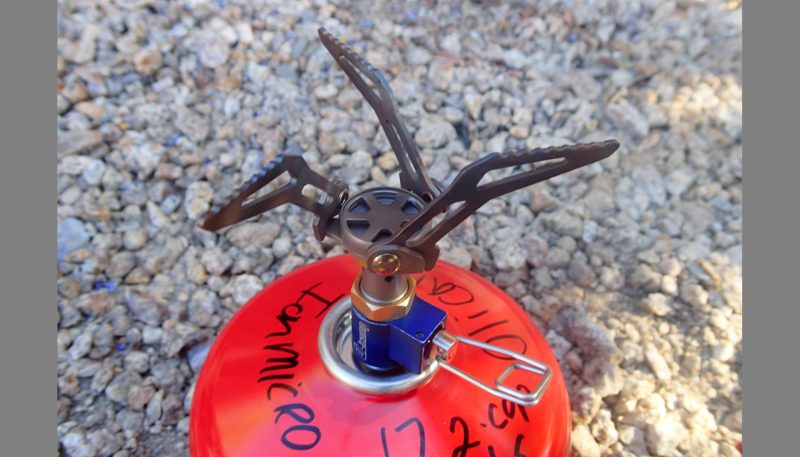 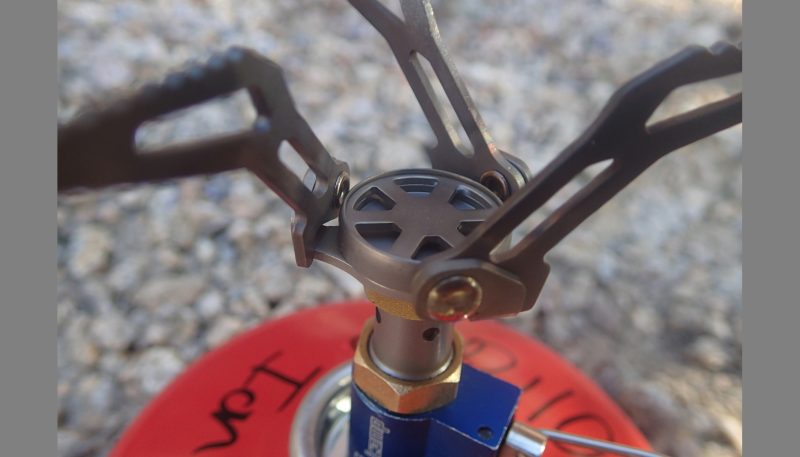 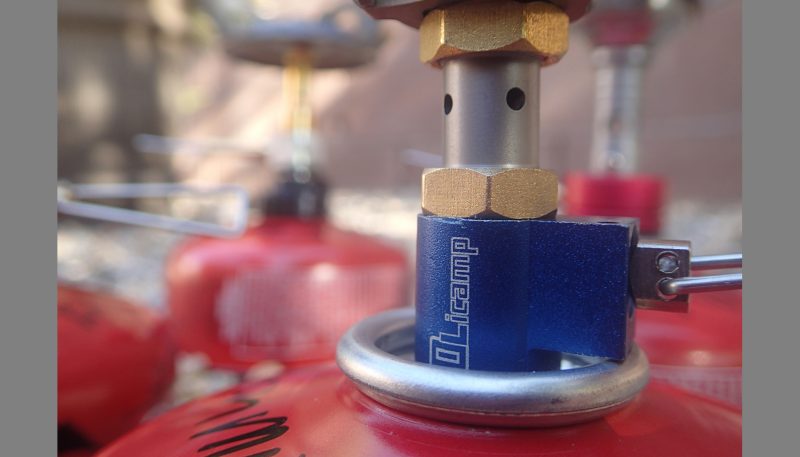 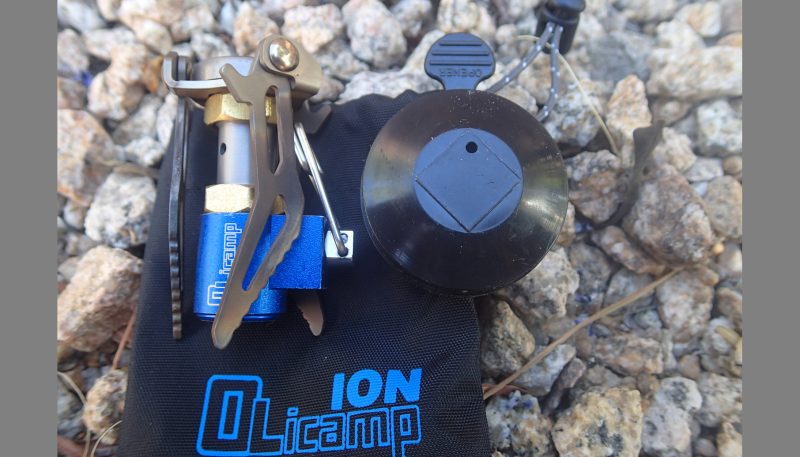 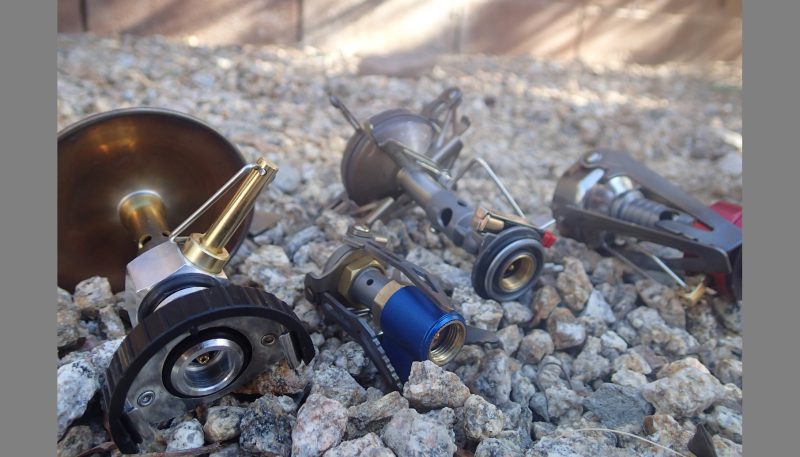 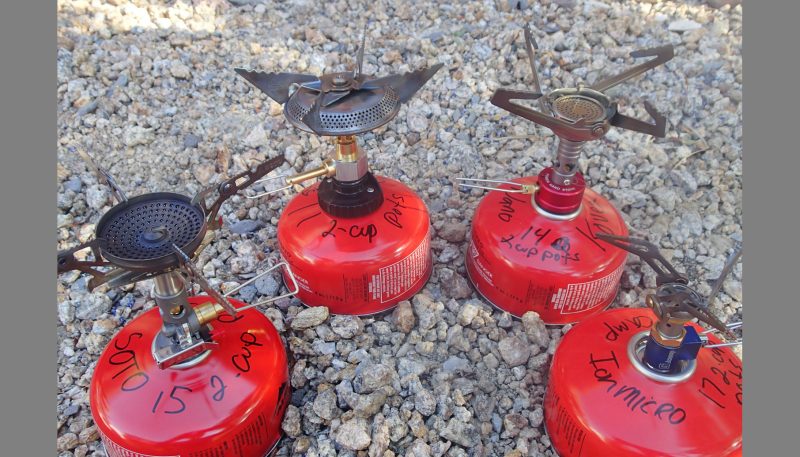 The titanium and stainless steel Olicamp Ion Micro seemed absurdly small but proved to be a remarkable performer. For ounce counters, it’s a winner. For the mainstream, a number of better alternatives exist.

Given its efficiency and size, light & fast through-hikers may want to set aside the homemade alcohol stoves on behalf of Olicamp’s bantamweight ringleader.

Flame control was tough to safely manage. I tried it with gloves and had a hard time avoiding a hot water spill. It was the most efficient of all the upright compact stoves tested and certainly the most lightweight, but it performed poorly against a stiff wind.

Boil Time
The Olicamp Ion Micro performed admirably, boiling two cups of water 17 times for an average of 3:13, placing it third among direct competitors. The Soto WindMaster and Kovea Power Nano were faster at 2:28 each. The MSR SuperFly came in at 4:38.

Weight
The Olicamp Ion Micro weighs 1.5 ounces. You can leave its little bag at home if the extra tenth of an ounce is an issue.

Efficiency
The Ion Micro boiled 17 two-cup pots of water from a single 4-ounce can of MSR IsoPro gas, which was three more than the Kovea Power Nano, two more than the Soto Windmaster, and six more than the MSR SuperFly.

Wind Performance
This stove wasn’t real gutsy when the wind kicked up. It was the slowest among the four tested, averaging 4:16 over five boils in 20+ mph gusts. Each stove in the test was tested the same day: Soto’s WindMaster was two minutes faster on average, followed by the Kovea Power Nano and SuperFly by MSR.

Durability
Stainless steel and titanium make for a tough little piece of gear, but I wouldn’t step on the Ion Micro or subject it to any sort of direct beating. In general use scenarios though, durability shouldn’t be a problem.