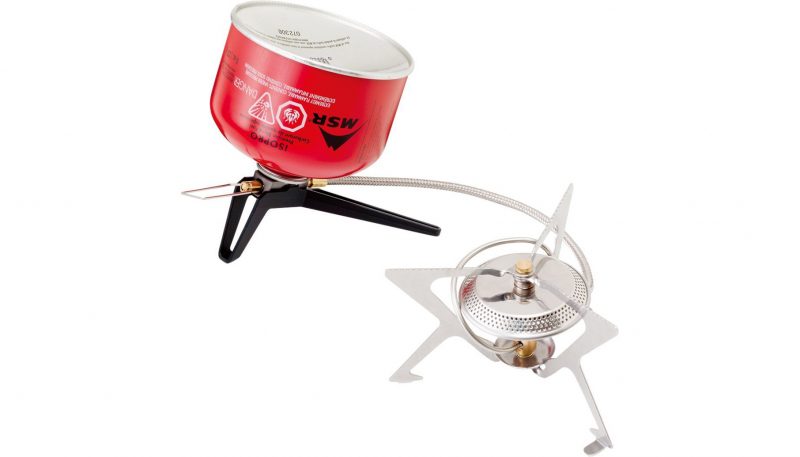 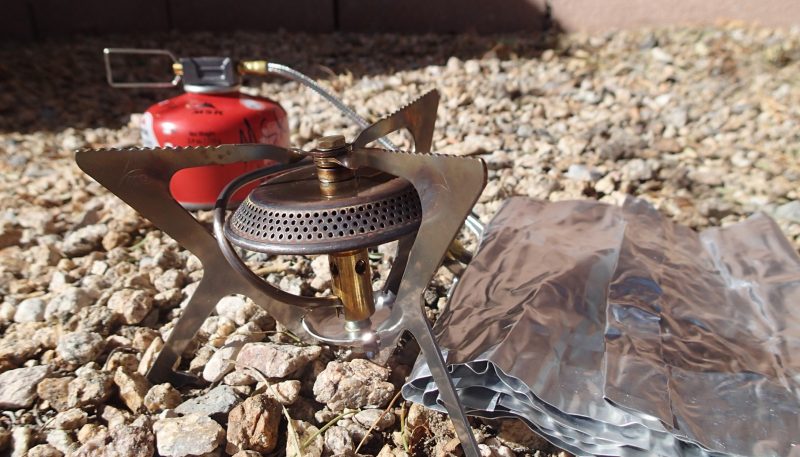 Like most stoves under the MSR umbrella, the WindPro II is a sturdy, well-crafted piece of backcountry cooking equipment. It’s highly efficient, boils a liter of water quickly and should last for years. If packing small is a priority however, there are other options. The WindPro II is heavier but boils faster than the Kovea Spider; and it lives up to its name when the breezes pick up. It’s a very nice stove but if weight and size are important to you, look at the Kovea Spider or Optimus Vega.

The MSR WindPro II is bigger than most remote canister stoves, with its bulky storage sack and slew of included accessories. Once all set up to cook, you may wonder why you brought so much. However, the WindPro II performs just as it should; that is to say: admirably. It’s simple, sturdy and will easily get a few folks through the weekend with a single large canister of gas. The longer, flexible fuel line is very useful, too. The WindPro II is heavier but boils faster than the Kovea Spider; and it lives up to its name when the breezes pick up. It’s a very nice stove but if weight and size are important to you, look at the Kovea Spider or Optimus Vega.

Boil Time
The MSR WindPro II averaged 4:26/liter in breezy but warm conditions. During the 16-liter test, the fastest boil was 3:34 and the longest was 5:31. The Spider averaged a minute longer/liter.

Weight
By itself, the MSR WindPro II weighs 6.6 ounces. Ultimately, it isn’t that much heavier than the Spider’s 6 ounces. But if you choose to carry all of the MSR’s accessories, you’re well over half of a pound.

Efficiency
Highly efficient, the WindPro II used only an 8.9-ounce can of Primus Power Gas to boil 16 liters of water. That’s plenty for two backpackers over a weekend. I should add it was windy during this test, with the occasional gust of over 10 mph.

Wind Performance
The WindPro II outperforms other remote canister stoves in the wind, largely due to its broader pot supports and small gap between burner head and pot base. Of course the windscreen helps, too. Ounce counters may avoid bringing everything that comes with the WindPro II, but I argue that there’s little point in using a remote canister stove if you’re not going to leverage the advantages they offer, like being able to use a windscreen or invert the canister after a cold night in the mountains.

Durability
The MSR WindPro II is tough and has been tested in backcountry use for years. It held up well to being packed freely at the bottom of a multi-day load and even kicked a bit at the campsite—surprisingly on accident. If you have some reason to not like the WindPro, it won’t be because it fell apart; so don’t try that one in the return line at REI.