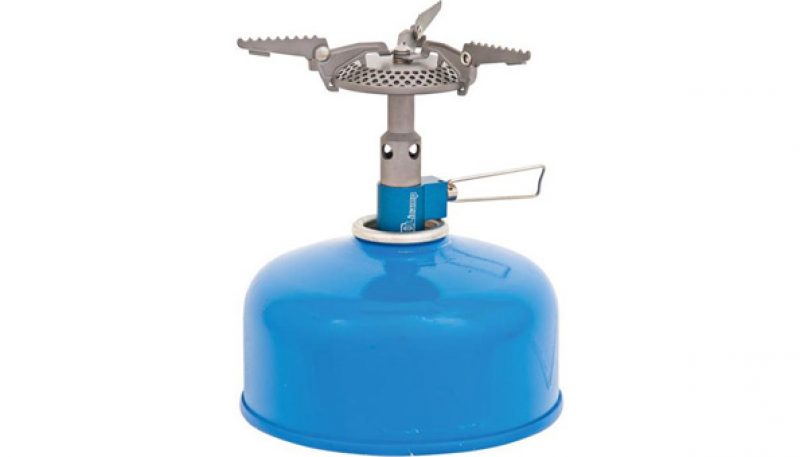 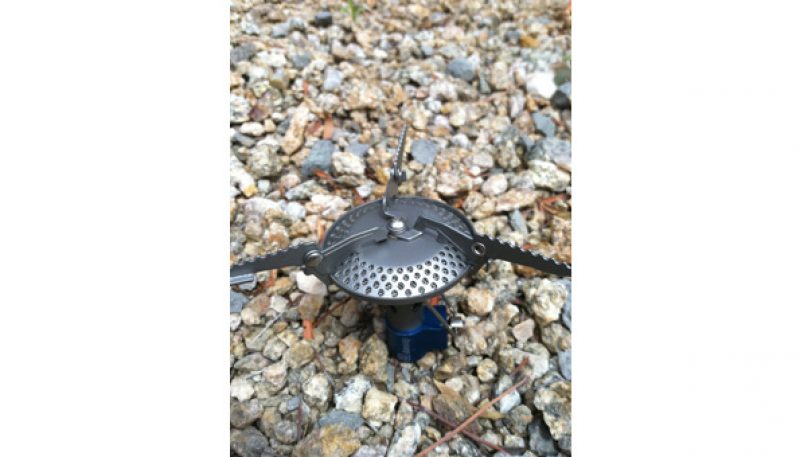 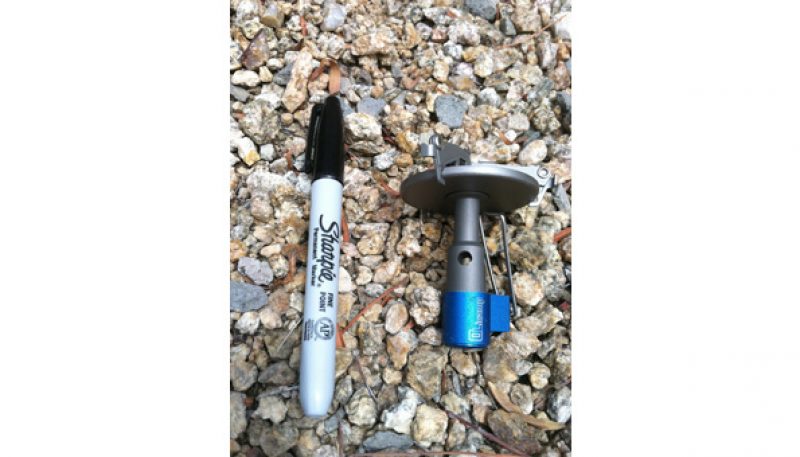 Don’t let the tiny form factor of the Olicamp Kinetic Ultra Titanium fool you. This compact stove performed similarly to the MSR MicroRocket in all tests, weighs almost an ounce less and is about $20 cheaper. Buy it with confidence, but don’t lose it between the seats.

This stove will fool you, which makes me wonder just what else Olicamp will cram into an even smaller stove they plan to release this fall. It may feel cheap at first and like the others tested, lacks an igniter. And its size does introduce some cookware challenges, but given the typical use of most compact canister stoves, the Olicamp Kinetic Ultra Titanium is a tough competitor that can simmer well.

Efficiency
The Olicamp Kinetic Ultra Titanium boiled 8 liters of water on 4 ounces of Snow Peak Giga Power fuel. Conditions were calm at 2,500 feet and around 80-degrees. The other two stoves, the MSR MicroRocket and Snow Peak’s LiteMax, boiled 8 and 7 liters respectively.

Boil Times
The Kinetic Ultra needed only 3:15 to boil 1 liter of tap water with a new canister of fuel. Over 8 consecutive boils, it averaged 5:43. This was 47 seconds faster than the Snow Peak LiteMax and only 8 seconds slower than the MSR MicroRocket. A 2.4-liter hard-anodized aluminum pot was used.

A second test used a cold canister with only 2.8 oz. of fuel to boil 2 cups of water to emulate volume used for most freeze-dried meals. The Kinetic Ultra averaged 2:46, making it faster than the LiteMax but slower than the MicroRocket.

Wind Performance
With a steady wind of around 8 mph and gusts around 10, the Olicamp Kinetic Ultra Titanium averaged 2:27 in boiling 2 cups of water five times in a small titanium pot. Once again, it fell between the other stoves at 20 seconds faster than the LiteMax and slower than the MicroRocket, which averaged 1:56.

Weight
This stove is 1.7 oz., the lightest of all tested. Only the folks who sleep under cuben fiber tarps and hike in toe-socks could find fault with a stove this small.

Packing
The plastic case is goofy, molded to mirror the shape of the stove. Just leave it behind and drop the stove into a mug or empty water bottle. The supports fold over the burner and the valve sits vertically along the mixer tube.