Most fly fishers would claim their rod is the most important piece of gear. They are wrong. Finding the right pair of wading boots is vitally important. We all know an angler who wore boots that didn’t fit on that three-day trip. Time on the water is limited and not being able to suit up because you didn’t pay attention when picking boots is truly unfortunate. 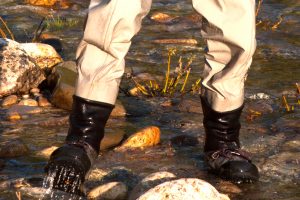 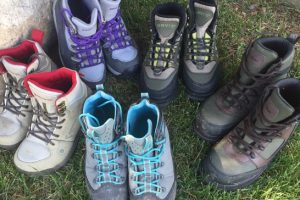 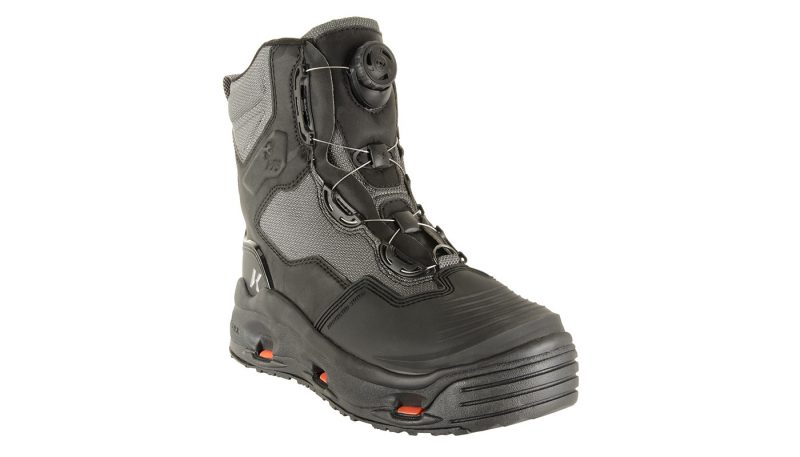 The versatile Darkhorse Wading Boots from Korkers provides enough structure and support for all-day walking in the river, or trails leading to rivers. The Omnitrax interchangeable sole system allows anglers to swap outsoles to meet the needs of various fishing environments: Felt for ultimate grip on slime-slick rocks, studded rubber for good traction when repeatedly moving from shore to river and back again. And unstudded rubber for days spent on drift boats (where metal studs can be highly damaging). The Darkhorse boots provide great ankle and foot support for safe travel, and the boots withstood extensive use and abuse with less signs of wear. 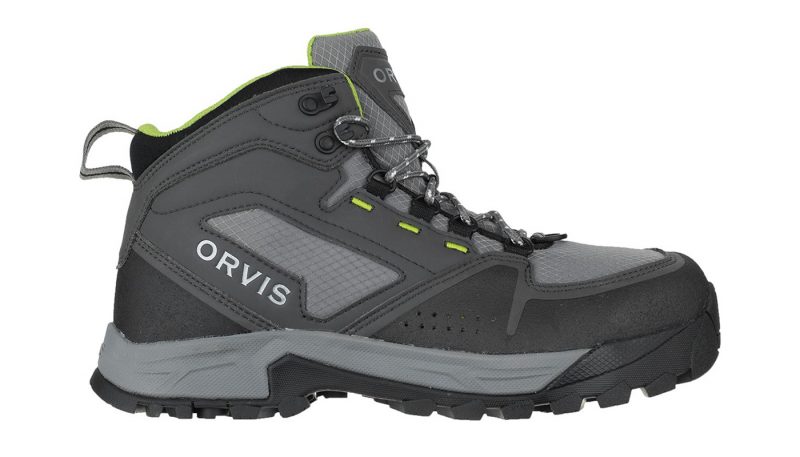 The Orvis Ultralight Wading Boot provides good performance in a very lightweight package. The Vibram EVA outsoles grip slick riverbeds as well as, if not better, than any other rubber soles we’ve tested, yet that rubber also wears down quickly during treks to and from the river. The Ultralights fit comfortably without excess volume, though they are a bit snug when used with the thickest neoprene wader booties. The mid-height uppers keep weight down, but also leave ankles a bit open to twists. In short, the Orvis Ultralights sought a delicate balance between weight and performance, and in other experience, the Orvis designers found a very good balance.

The Hodgman Aesis H-Lock Wading Boots offers anglers good versatility in traction through an interchanging outsole system — the H-Lock system. The Aesis feature a stout upper that reaches well up the shin, providing exceptional ankle and lower leg protection. That protection comes at a price, however: Increased weight. These boots are heavy, topping the scales at nearly two pounds per boot (size 13). The interchangeable outsoles proved very useful, especially felt-loving anglers travel to areas were felt soles are banned. Simple twist, pivot and pull and the felt soles pop off. Reverse the process and rubber soles go on. Putting that process into play wasn’t always easy – sand and other river grime could gummy up the operation. But with a little patience and persistence, we got the soles changed repeatedly. 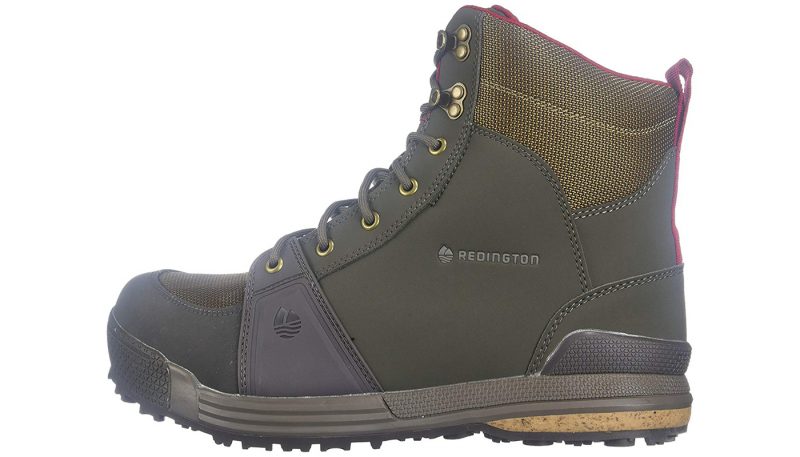 The Redington Prowler Wading Boot with rubber soles earned solid grades across the board, proving itself to be a very good boot for wading anglers regardless of their needs, experience levels, or type of water fished. The Prowlers fit well, scored better than average on traction, and withstood plenty of abuse and hard use. The only serious knock on the Prowlers can from their weight: they are among the heaviest in the class. But even there, the Prowlers earn some credit by shedding water as fast as its picked up, meaning there is no added water-weight while in use in the river. All in all, the Redington Prowlers with rubber soles stand as a workhorse boot suitable for most fly fishing uses. 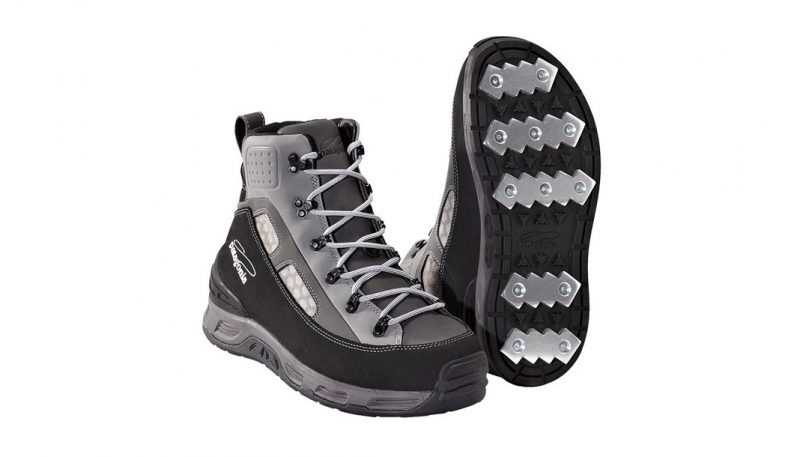 Find The right Wading Boots For You

For anglers who spend most of their time in a dory or on a pontoon while fishing, boots are not quite as important as for a wade angler who walks 5 miles before even wetting a line.

Obviously, those who get out of the car and walk 75 feet to the fishing hole they plan to stand in all day don’t need the same kinds of boots a backcountry explorer will want on his or her feet.

Lighter, well-constructed boots are vital for anglers who cover a lot of water or hoof it to get to remote water. There are a lot of heavy duty – emphasis on heavy – boots out there and those are more suited to anglers who don’t move around a lot and like to have something substantial on their feet to help anchor in the river bed.

During warmer months, it is common to see anglers go wet wading without waders. Many will wear neoprene booties – like those attached to waders, but some elect to just wear sandals. Sandals don’t provide any ankle support to prevent twisted, or worse, broken ankles while negotiating the slippery rocks under the flowing water. It’s also distracting when vegetation and sand or pebbles get stuck in the sandals. Suffice it to say, it takes a very specific set of circumstances for an angler to choose to use sandals, hence our reviews of wading boots—the right tool for the job.

The right wading boots are heavily based on the circumstances of fishing environment. Below are a number of aspects to consider when looking for the right pair of wading boots.

Some states, most notably Alaska, have made the decision on what kind of treaded boot anglers can wear for them. Felt has long been to the go-to sole for wading boots because of its gripping ability in a wide variety of conditions. Felt free regulations were adopted due to concerns that anglers were unknowingly carrying invasive species from watershed to watershed due to the absorbent qualities of felt. Vermont was one of those states, but eventually retracted the rule. Wildlife officials there still suggest anglers stay away from felt.

Another issue with felt is the penguin wobble anglers develop when walking on snow. Snow and ice sticks to the bottom of the boots and can make walking on uncomfortable and dangerous.

Many rubber treads are available now to accommodate different tread types, temperatures, and approach distances. Rubber soles can also accommodate studs to provide a little extra traction in mossy conditions (these are not the boots for dory trips).

Aluminum bars is another traction method available. Some anglers swear by them claiming better grip in heavy currents than those without.

There are also companies making interchangeable soles to accommodate different situations. Like anything, these have their pros and cons and should be thoroughly  researched before purchasing.

Like any shoe, it is important to try on wading boots. Don’t assume they will fit because they match your shoe size. Some anglers forget to take into account how thick the booties of their waders can be and find their feet crammed into the boots.

It is best to head to a local fly shop or sporting goods store to try on boots before making a purchase. If you are replacing boots, or getting a pair to go with new waders, make sure to try the boots on with the waders you plan to wear. Also, try them on with socks in different thicknesses to see if you will be able to wear them in cold and hot conditions.

It might seem odd to take your old waders into the shop to try with new boots, but any seasoned staff at the store will appreciate the wisdom of doing so.

Outside of the various treads the only other true feature on wading boots is the Boa wire lace system used by some brands. This system is great for getting a tight closure and it prevents laces from coming untied while wading. Laces can be a real issue when fishing in the winter as they can freeze and become nearly impossible to untie outside. Stories abound of fishermen sitting in the cabin for an hour with their boots and waders on waiting for the laces to melt. 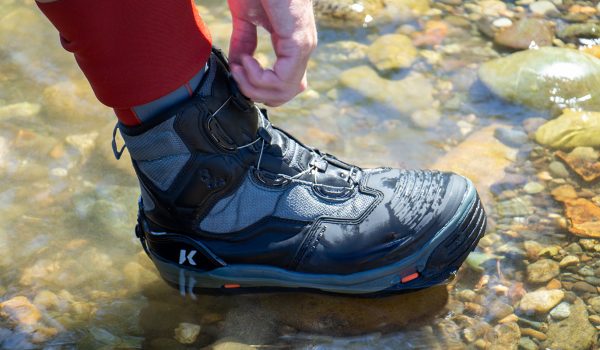 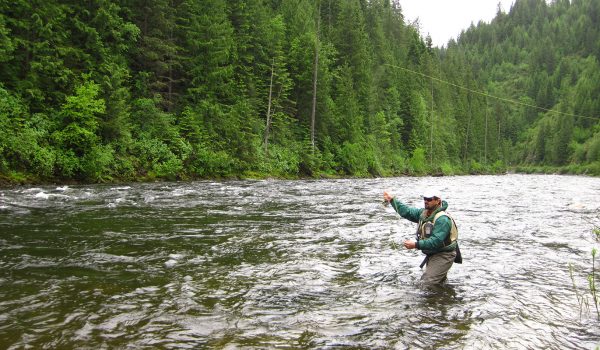 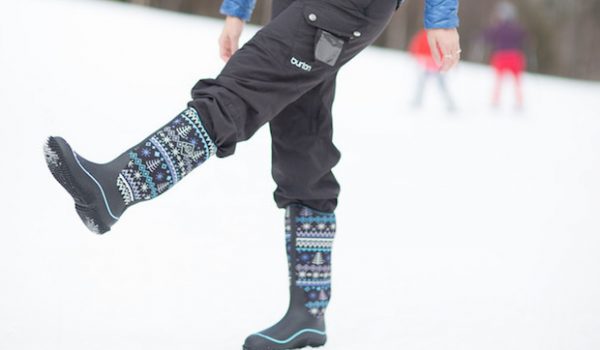 Mucks Are Winter Boots Made Simple 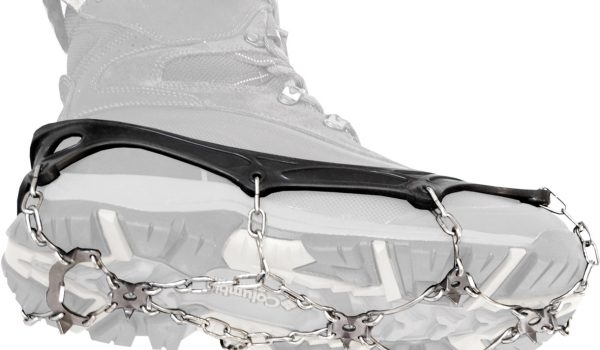 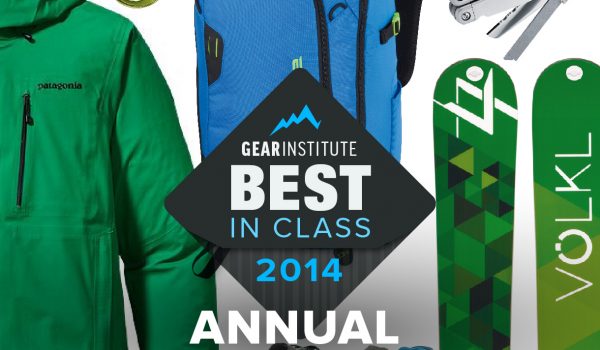