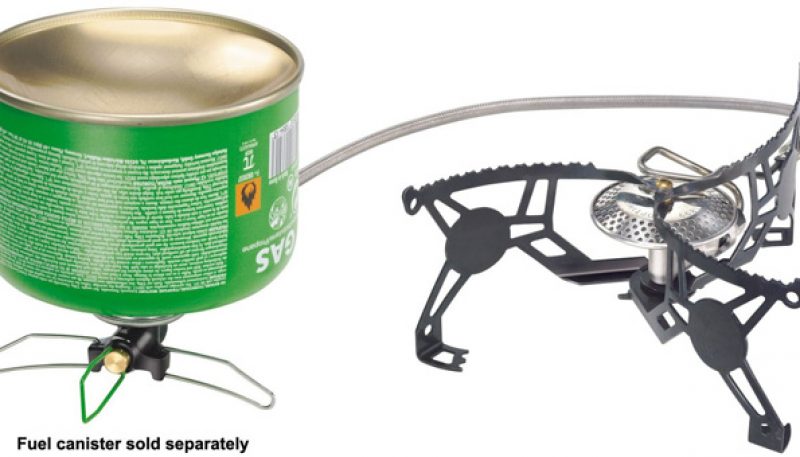 The Optimus Vega is a rugged, compact and efficient backpacking stove that will appeal to all forms of outdoor enthusiasts, from alpine guides to light-and-fast through hikers. It can replace most compact upright canister stoves in your gear bin. This is one of the canister stove segment's best entries.

I now understand why the Optimus PR team was eager to get one of these in my hands: the Optimus Vega is the best stand-alone canister stove I’ve tested. Like the MSR Whisperlite Universal, its ability to invert the canister for a more pure fuel feed foretells the future of backpacking stoves.

Using the Vega, a single 7.76 oz. can of Optimus Gas, a four-season blend of 75 percent butane and 25 percent propane, boiled 18 liters of tap water.

The first 10 boils were in “efficiency mode” with the canister upright, the remaining 8 in the inverted, “4-season mode.” The conditions were calm, sunny and 65-degrees.

Its first test liter boiled in 3:37. Over ten boils, the average was 6:38. However, performance was affected by consecutive boils, which cooled the can considerably as the fuel vaporized. This was intentional to test the results once switched to 4-season mode. Thus, if only boiling a single liter in warm, calm conditions at around 2,400 feet, 3:37 is a more accurate measure.

In field tests, I used one can of the same Optimus Gas cooking for six people over 10 days in dry, windy conditions. This included everything from boiling water to many minutes of simmering meals. The stove’s low stance and windscreen make wind an almost non-factor and its broad supports easily hold a 4-quart cook pot.

The Vega performed consistently well over multiple days above 10,000 feet in the Sierras, where it was warm but with considerable wind.

The Vega packs small and its flexible fuel line is a terrific design choice when it comes to safety and storage. Integrated canister supports fold from the control valve, making the transition simple.

In efficiency mode, I found very low simmers a challenge and unless the valve was opened considerably, the Vega would struggle out of the gate. In four-season mode, it’s fast and powerful.

The lack of a built-in igniter is an understandable design choice but I could foresee some buyers considering it a drawback. The weight benefits would suffer, as would the overall durability. Also, the bright green paint on the fuel control valve flaked off during testing.