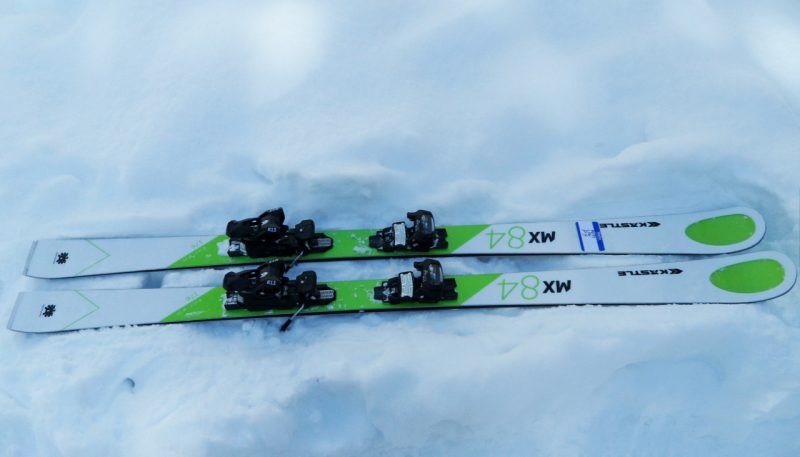 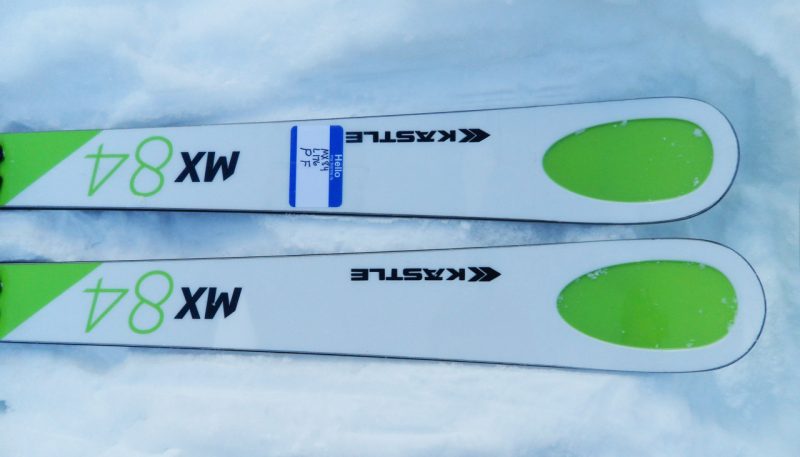 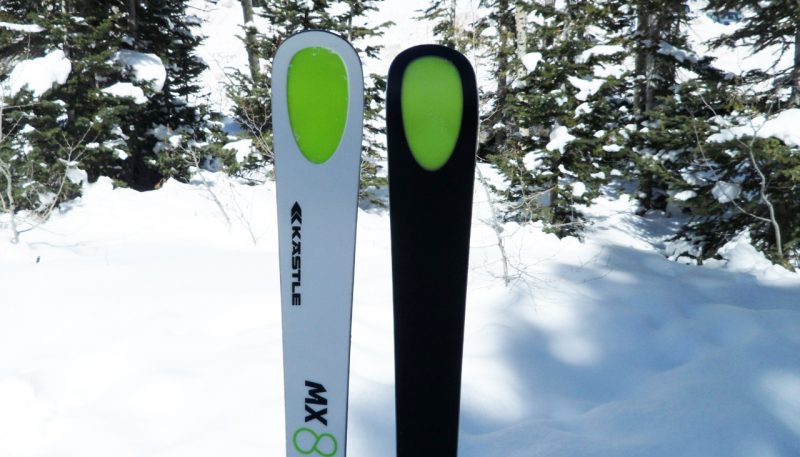 THE VERDICT
The Kastle MX84 is a carving ski that has all-mountain capabilities. Built with the brand’s Hollowtech tip and traditional camber, it’s a GS-style ski that is easy to initiate with continuous sidecut that enhances how well the MX84 grabs—and keeps—hold of a medium-radius turn. Which is not to say the ski can’t also lock into short-swing turns with a precision, or better yet, start hauling down the fall-line with superior grip. The MX84 did earn some of the higher scores in the Carving category for its Turn Shape Variability, which increases its all-mountain capabilities. It is an experts-only ski that needs to be pushed to perform and can feel sluggish and bit planky at slower speeds.
FULL REVIEW

The Kastle MX84 was one of the most versatile skis we tested in the Carving Category, with high scores for Edge-hold, Stability and Carving Pleasure, as well as for Turn Shape Variability. It is also versatile enough to take off-piste if and when you need a little break from laying trenches on the groomed. Built with Kastle’s Hollowtech tip and traditional camber, it does feel very much like a traditional GS ski, but one with a superior dampness thanks to Titanal in the sidewall construction, and also in the base and topsheet. We found it performed best making medium-radius turns—especially at higher speeds—although it could also be pushed into short swing turns with maybe a little more concentration and exaggerated edge-change and footwork. Big, high-speed turns were even easier to turn, as the MX84 is more than willing to eat up the landscape.

The ski is more damp than lively, and aimed at a more aggressive skier than some Carving skis with a bit wider market appeal like the Dynastar Speed Zone 12 Ti or the Fischer Curv GT. It can feel planky and sluggish and slower speeds, and really shows its quality the more its pushed. One of the top Carving skis in the category, it can also be used as a Frontside ski for hills or days when even the off-piste is firm enough to qualify as hardpack.

The versatility of the Kastle MX84 earned it top—10 out of a possible 10—Overall Classification scores from roughly half of the skiers who tested. Testers who prefer more of a true race-style ski for carving, like the Nordica Speedmachine, for example, gave the MX84 8s or 7s, while two testers who felt it was too focused on experts (and out of the price range for most skiers) scored it a 6.

The MX84 got less consistent scores in the Responsiveness Classification, including two 10s, several 8s and 6s from testers who felt the ski was too damp, and would only perform at higher speeds. Our more aggressive, technical testers who did push the ski were more apt to give it a higher score for its Responsiveness.

The MX84 didn’t win the Stability Classification, but it was near the top of the class. The traditional camber construction, along with the layers of Titanal and an ash and silver fir woodcore contribute to a ski that is predictably damp. As mentioned above, the ski also performs at higher speeds, and reacts more to skiers who drive it.

Five of the 16 testers who put the Kastle MX84 through its paces gave it a 10 for Edge-Hold, also placing it near the top of the Carving Category. Per the Responsiveness Classification scores, however, the same testers who felt the ski could feel somewhat planky and sluggish felt that impacted the ski’s Edge-hold first and foremost. This is a ski that puts a premium on edge grip, and that can take the hold into the off-piste without missing a beat.

Despite the few testers who gave the MX84 only slightly above average scores for Edge-hold, almost everyone agreed that Carving Pleasure was another the MX84’s many strengths. This ski loves to ride a clean arc. So much so that two of our testers were moved to name it as their Carving Category “Favorite,” while six testers ranked it as “Excellent.”

The Turn Shape Variability Classification was where the MX84 earned its highest marks. This ski exhibited some of the best versatility in the Carving Category, with its ability to maintain its high level of performance in no matter what preferred turn shape we decided to ski it. Whether it was short swing slalom turns on the steeps, or wide-open gun it runs down the center of Snowbird’s wide groomers, the MX84 remained predictably accurate. Of course, the ski’s sweet spot is a fast, precise, medium radius.