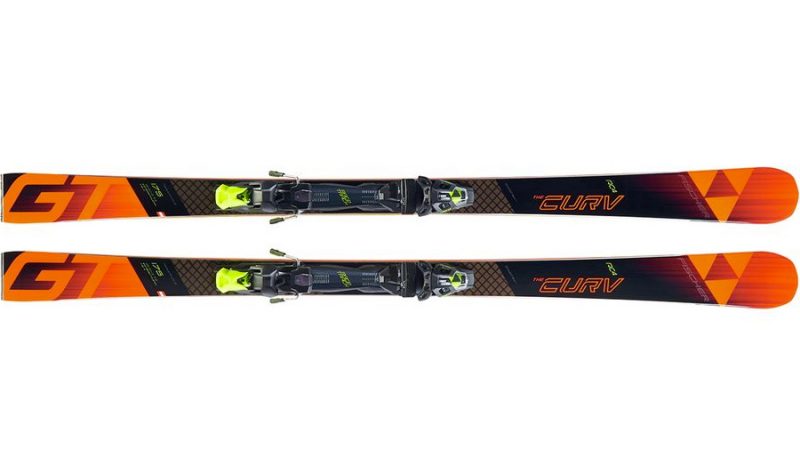 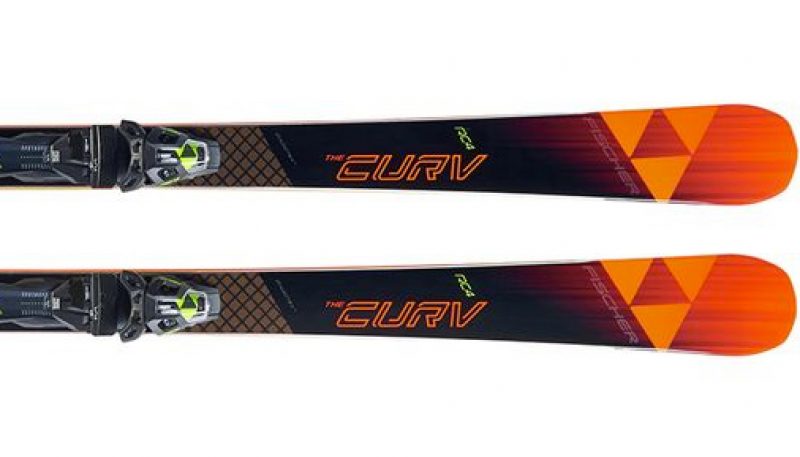 THE VERDICT
As one tester wrote after putting the new Fischer RC4 The Curv GT through its paces, “Another great ski! There are no dogs in the Carving Category.” Which is true. The Curv GT is a great ski, with a nice mix of power, authority, and finesse. It absolutely owns the short and medium carve, with an ability to drive right in to some remarkably solid edge grip. A big sweet spot, courtesy of a deep sidecut and an easy, rhythmic swingweight, invite you to transition cleanly and quickly from edge to edge. Some testers did feel as if The Curv GT had a little bit too stiff of a tail, and felt they had to step out of a turn a little at the finish, and the ski is better at shorter turns than it is in a long radius. Overall, it’s an exciting carver with great response.
FULL REVIEW

Built with Milled Titanium for increased power with less weight, and a carbon grid for excellent edge-hold, the Fischer RC4 The Curv GT wowed testers with its exciting Stability and Responsiveness. The ski excels at short to medium radius turns on hardpack, especially on the steeps. “It’s precise and forgiving at the same time,” one tester wrote, adding, “those were some of the most fun medium radius turns I have ever made.” That mix of stability and response—along with a very large sweet spot courtesy of the ski’s generous sidecut—make for a Carving ski that can ginsu the groomed with authority and finesse. “It’s super turny, soooo responsive, and wicked quick,” another tester wrote.

Some testers did report that the stiffness of The Curv’s tail (the ski is built with Slalom’s World Cup base, and owes a lot to an FIS race-ready design) made it a little hard to get out of a turn for anyone who didn’t want to load the back of the ski as they drove into the next arc. And the ski does not handle long-radius turns as well as a ski like the Rossignol Hero Elite or Kastle MX84. It does offer excellent balance, great edge-hold, and serious carving performance.

Six testers gave the Fischer RC4 The Curv GT 9s or 10s (out of a possible 10) in the Overall Classification for its mix of power, accuracy, and ease of initiation. Two others gave it 6s, one saying the stiffness of the tail affected his turn transition, while another said, “It will punish any mistake.” The other eight testers all gave it scores of 8, mentioning in particular the ski’s “Race pedigree,” and “Excellent, even flex.”

The same tester who felt the Fischer RC4 The Curv GT’s tail impacted his turn shape also gave the ski a 6 in the Responsiveness Classification. Everyone else on the test team gave the ski 10s, 9s or 8s—especially for how quickly and rhythmically it made short-swing turns. This is a very responsive ski with a large sweet spot and the best scores in this classification for the Carving Category.

The Fischer RC4 The Curv GT’s mix of a milled titanium and carbon grid construction—as well as its race ski roots—make for a very stable ski, especially when sticking to short to medium-radius on-piste. The ski did lose a bit of performance in longer-radius turns, however, especially when compared the Rossignol Hero Elite (which only makes long turns) and as a result ended with almost straight scores of 8 in the Stability Classification.

The Fischer RC4 The Curv GT saw similar results in the Edge-Hold Classification. Although three testers gave the ski 10s for its easy-to-access accuracy and grip, the lack of big turn performance saw the ski get on 6 in this classification, and then almost across the board, straight 8s.

This is one of the funnest skis to carve in the Carving Category, with top of the class Responsiveness. Except in longer radius turns, which again despite some scores of 10 at the top end, and 6s at the lower end, saw the Fischer RC4 The Curv GT earn several well above average 8s.

Much like the Dynastar Speed Zone 12 Ti, and very much unlike the Rossignol Hero Elite, the Fischer RC4 The Curv GT makes one of the best short to medium-radius in the Carving Category. The same does not hold true for longer radius. Although the ski did still score a few 10s in this classification, there were also scores of 6 and even 4 here, as well as several 8s. In terms of pure slalom turns, The Curv can not be beat.