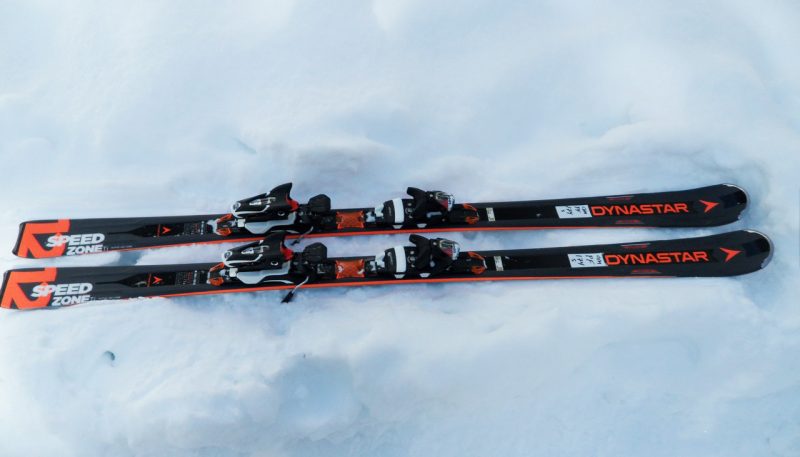 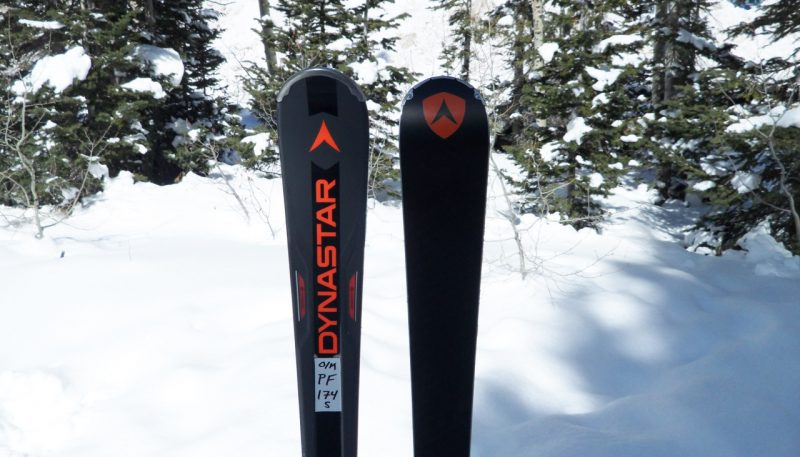 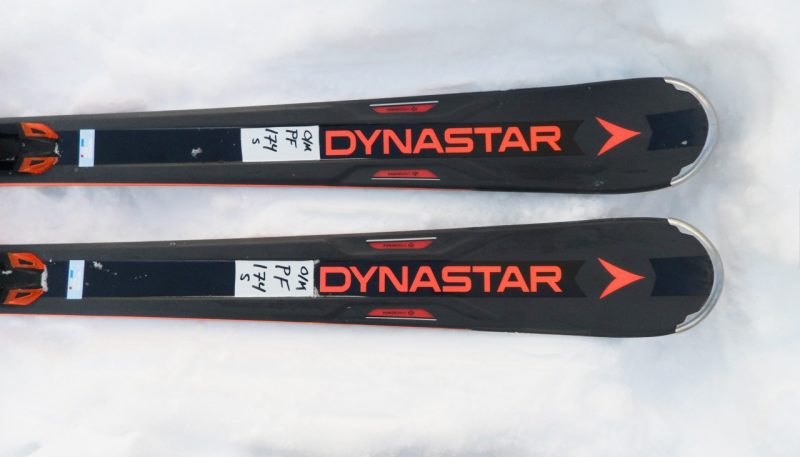 THE VERDICT
The Dynastar Speed Zone 12 Ti is a fun, damp, quick-turning ski with a preference for short swing turns that is very easy to initiate. Built with subtle tip rocker and Dynastar’s Active Wood Core for dampening, the ski has superior edge-to-snow contact with a minimum of vibrations on hardpack and also when you take it into the bumps. It has so much dampening ability that one tester wrote, “It feels like the ski has built in shock absorbers.” Testers did disagree about the Speed Zone’s Turn Shape Variability, with some saying it could handle everything from slalom to GS-style carves. The majority (we had 16 testers put this ski through its paces) did agree that it lost some performance at higher speeds and much better suited to a tighter arc.
FULL REVIEW

A subtle amount of rocker in the tip, and Dynastar’s Active Wood Core for a smooth, even flex with extra dampening, combine to make the Speed Zone 12 Ti a very easy to initiate ski that is smooth and accurate in short swing turns. As several testers commented, the 12 Ti feels like a slalom specialist, with quick edge-to-edge ability, immediate edge contact, and predictable rebound from the finish to the inception of each new arc. Most notably in a Carving Category filled with race-style skis that could easily go from the groomed to the gates (which the Speed Zone could easily do, particularly in any dual slalom under-the-lights beer league), the 12 Ti has power and accuracy that is easy to access. As one tester wrote, “It’s a super turny ski that’s more fun than some of the skis in this category.”

The ski does reward more technically minded skiers who are proficient at steering and edging with both feet. It also needs to be driven the entire time you are skiing it, and isn’t really made for just bombing the fall-line on the way back to the lift. For some testers who did try to make longer turns, especially at higher speeds, the ski did feel like it was being driven out of its comfort zone, and lost some performance. We do recommend the ski for anyone who wants top line short carving performance, without having to do too much work.

Out of the 16 testers who tested the Dynastar Speed Zone 12 Ti, five of them gave the ski Overall scores of 10s and 9s (out of a possible 10), with two ranking it as their Carving Category “favorite.” One tester, who wrote that, “It feels like the ski has built in shock absorbers,” also commented that, “Anyone who can try this ski will fall in love with it.” The ski also earned a handful of 8s in this classification, as well as a couple of 7s and 6s, particularly from testers who would have preferred a harder charging ski that could more confidently make bigger arcs. Everyone agreed that the 12 Ti is a master of the short carve, which it makes with accuracy and finesse.

The Speed Zone 12 Ti’s ease of initiation garnered higher marks, with at least half of the skiers who tested scoring it 10s or 9s for its Responsiveness. Only three testers scored it as low as a 6, specifically because it did lose performance when they tried to force the ski out of its comfort zone into a longer carve, where one tester wrote, “It started to lose grip.”

Overall Stability scores (along with Turn Shape Variability) were where the Speed Zone received its most mixed rankings, with four testers still scoring 10s—provided they kept making short swing turns—while there were several 7s and 6s from anyone who tried to push the ski away from its strength.

Edge-hold Classification scores were all above average, with many near or at the top of the class. As noted in the Full Review (see above), the Speed Zone 12 Ti is very easy to get from edge-to-edge—in fact it seems like that’s the only thing the ski wants to do—and can most likely get in and out of an arc more quickly than any ski in this category of our test.

Carving Pleasure was another high-scoring classification for the Speed Zone Ti. Its ability to almost instantaneously grab hold of a new edge earned it scores of 10, 9, and 8, with only one tester scoring its “carve-ability” as low as a 6.

The Dynastar Speed Zone 12 Ti is a master of short swing turns. As scores in this classification noted, it doesn’t feel nearly as precise or responsive doing anything else.