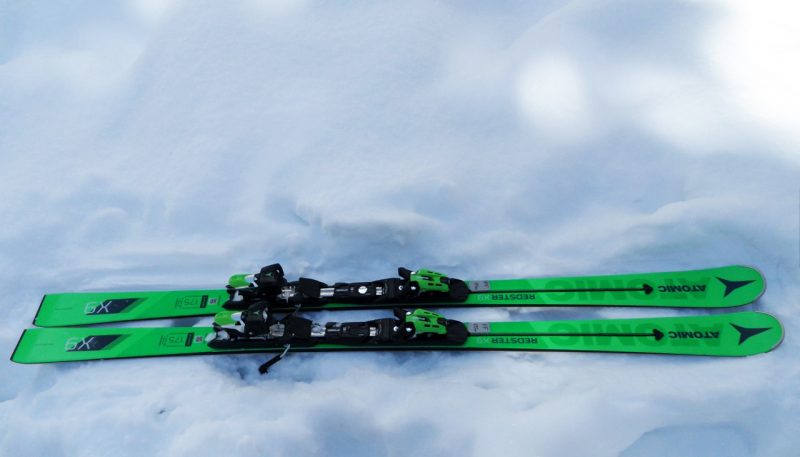 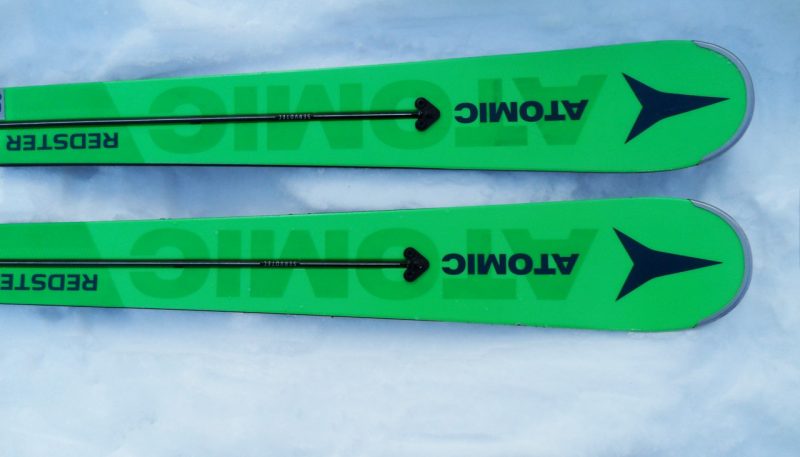 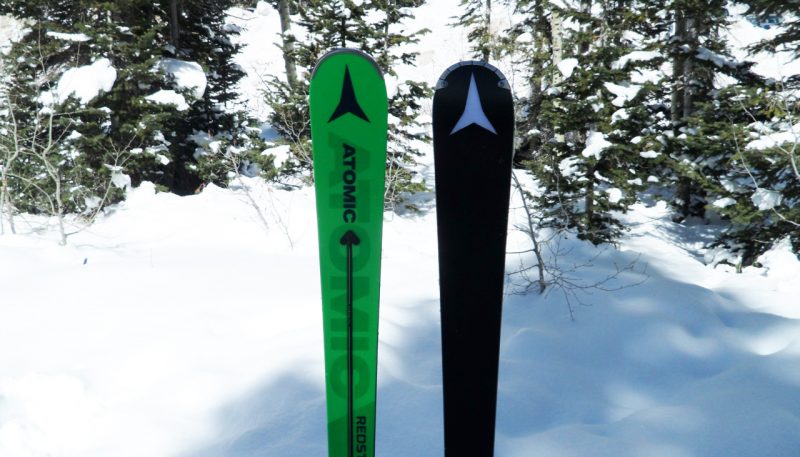 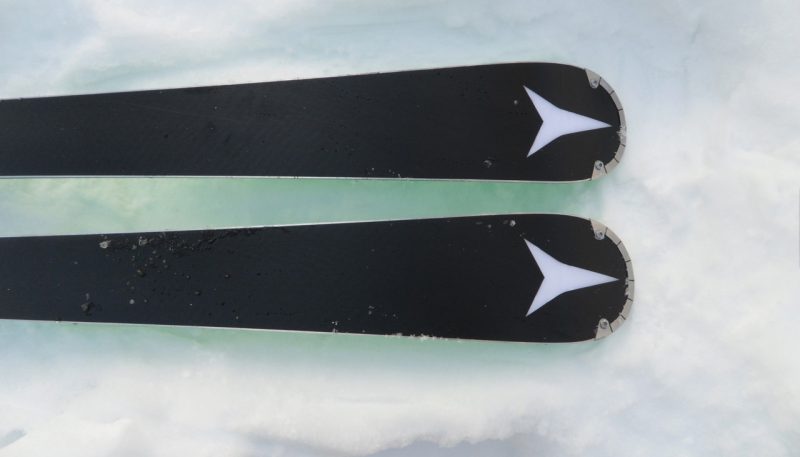 THE VERDICT
Atomic’s Redster X9 is an awesome, ripping ski that offers excellent edge-hold and a very smooth carving feel no matter how hard the snow gets. Utilizing Atomic’s Servotec World Cup innovation—a pre-tensioned that provides equal parts agility edge-to-edge and stability at speed—the Redster offers a wonderful mix of hold and pop. It’s not built for going slow, or taking it easy, but neither are most of the other skis in this category.
FULL REVIEW

In the most competitive category in our annual ski test, Atomic’s X9 Redster was still a standout. Welcomed with reviews touting the ski’s “Boundless energy,” “Phenomenal edge-hold,” and “No speed limit,” the Redster’s secret weapon is its pre-tensioned rod (Servotec), which is clearly visible from the shovel of the ski to the front of the binding. This innovation—brought to the consumer class from World Cup—results in remarkable edge-hold and stability, without sacrificing any of the ski’s ease of edge transfer, energy, or pop.

The Redster is an aggressive ski that prefers to be driven in medium to long radius turns, at medium to high rates of speed, exclusively on-piste. Skiers without a pure carving technique, or who don’t to max out every carve they make will find the X9 too stiff and unforgiving, and will find themselves spending a little too much time in the backseat. Slalom specialists will be able to make the quick slashes they love thanks to the edge-to-edge quickness. Our testers, however, preferred the performance of the ski when dropping their hip into deeper, wider arcs. All-around, this is an exciting ski that will make you want to follow the groomers for fresh corduroy to destroy, and be the first in line every morning when the snow is hard and fast.

The Redster earned scores of 9 and 10 from the majority of our testers who skied it. There were also a couple 8s, and one overall score of 7 from a tester who said, “This ski will punish any mistake you make.” That same tester rated the ski as “Good,” while everyone else on the team rated it as “Excellent,” with two testers ranking it as their “Favorite.” One tester said, “This ski is perfect for an aggressive skier looking for a grip and rip groomer ski that is super fun. It would be a great beer league race ski, and perfect for anyone who wants to be precise and fast.”

Scores in the Responsiveness classification ranged from a couple of 7s and one 6 (out of a possible 10) at the lower end, but with a majority of 8s, 9s, and a handful 10s at the higher end, courtesy primarily of the rebound and pop the ski gets from Servotec. Atomic’s Power Woodcore (a mix of ash and poplar) and a full camber construction, augment that feeling of predictability and response. As one former U.S. Ski Team member on our test crew noted, “It features power that is very easy to reach.” On the flipside, another tester said, “This is not a ski for lazy slugs.”

With the exception of a ski like the Blizzard Firebird WRC (which swept this category), and the Nordica Dobermann and Rossignol Hero Elite, the Stability of the X9 Redster was virtually unmatched. Along with the aforementioned Servotec, the Atomic also features a Titanal layer both above and below the Power Woodcore, providing the kind of vacuum level smoothness of confidence and control that makes it a pure pleasure to make this ski go so fast. “The ski feels planted on the snow,” one tester wrote.

Ditto for Edge-hold, a classification where the Redster received a majority of 10s and 9s across the board, and at its lowest end, only one score of 8. In a category custom-built for skiers who put a premium on how well a ski grips groomed and especially hard and sometimes icy snow, this is easily one of the best skis in the class. “It holds like a mother,” one tester said, while another wrote (as mentioned in the Overall Review), “It has phenomenal edge-hold.”

The Carving Pleasure Classification also resulted in a majority of 10s and 9s, with testers remarking on how much fun the ski is to lay into a deep arc. “You can trench long all day long on the Redster,” one tester reported, while another noted, “The fully locked carve” that the Redster likes to make. The only two lower scores in the Carving classification—a 6 and an 8—noted that the ski does need to be moving at higher speeds to fully realize the depth of its ability and performance.

The Turn Shape Variability classification is the only place where the X9 Redster really did get a mix of results. There were several 10s and 9s from our arc aficionados who felt they could transition from long, fast carves into a shorter swing turn at the drop of a hat. Others felt that if the ski wasn’t going mach schnell in GS or Super G style turns straight down the mountain, it was being pushed away from its strength. Something to take note of if you tend to carve at a smaller mountain, or if your preference is for a shorter, tighter arc.