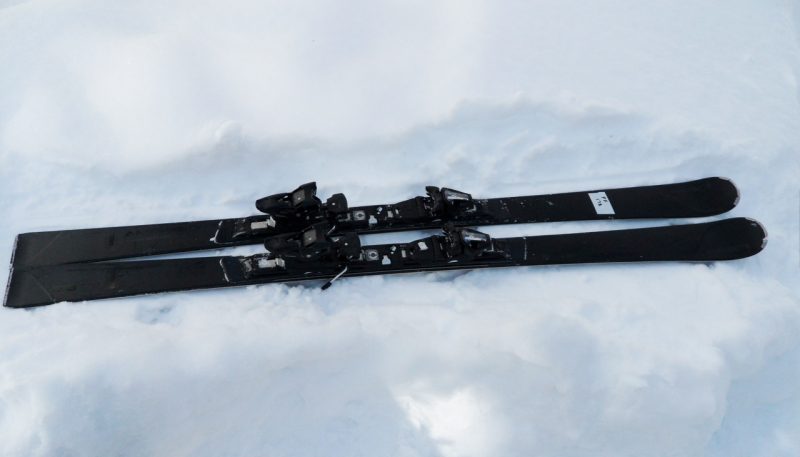 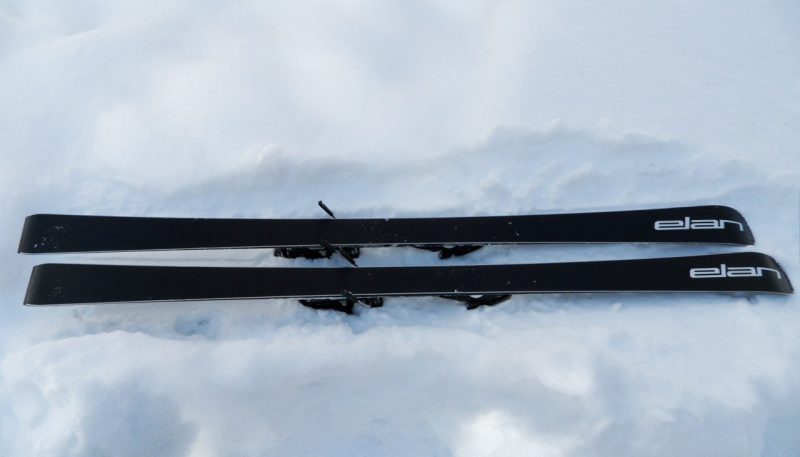 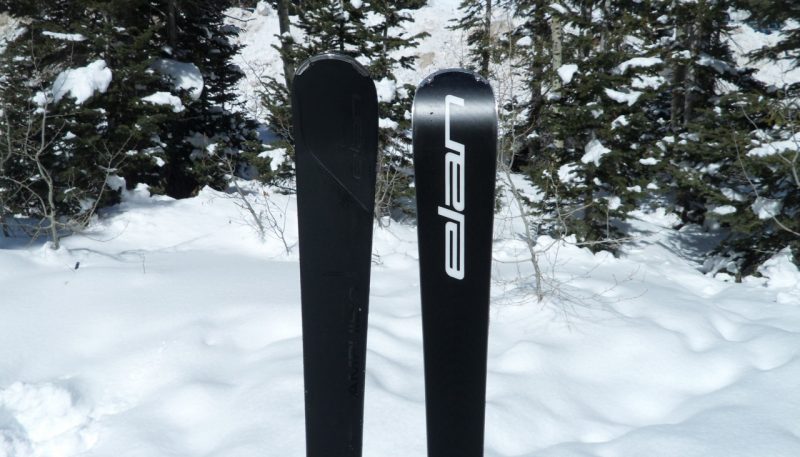 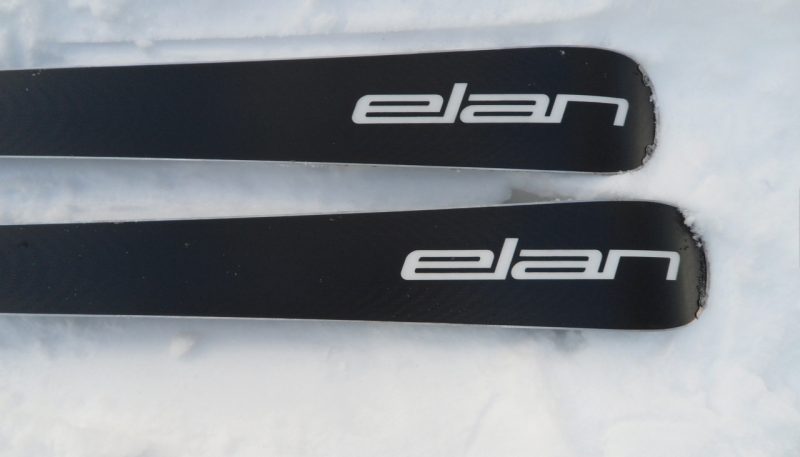 THE VERDICT
Elan’s Amphibio Black Edition brought a welcome level of finesse and calm confidence to a Carving Category filled with race-inspired skis. Utilizing Elan’s proprietary Amphibio technology—which includes an asymmetrical mix of rocker and camber in the shovel for ease of initiation and improved edge contact, as well as a specific left and right ski—the Black Edition has a silky smooth feel from turn to turn. It’s not the fastest ski in the class, and not the ski we would recommend for anyone who wants to race gates with their carvers. It is an excellent ski for primarily frontside, hardpack skiers looking for a luxury ride and constant control.
FULL REVIEW

Elan’s Amphibio profile is at its best in the Black Edition, with shovel integrated rocker and camber construction producing a sense of constant ski to snow contact, especially in medium radius turns. The inside edge is cambered, for instant grip, while the outside is rockered, for seamless transitions. Which is why our testers reported “Friendly precision,” “Smooth, round turns,” and “Excellent steering.” Overall, the ski provided a welcome alternative to all the street legal race skis in this category, adding a kind of finesse and culture to the timeless art of arcing wonderfully round turns on hard groomed snow.

It’s not a ski that will probably appeal to ex-racers, or beer league bashers looking to improve their standings in the weekly head-to-head slalom under the lights. It is a ski that will satisfy a large number of weekend warriors, after lunch groomers, and frontside skiers who want confidence and precision without having to break the sound barrier for their skis to perform.

Depending on how much of a hard charger our testers wanted out of this category, or how much of a smooth operator for well-prepared conditions, the Black Edition ranked toward the middle of the class, or very well. No single tester rated this their “Favorite” carving ski. Every tester ranked it “Excellent,” or “Good,” with the lowest scores recorded in this classification being two 6s, trending up to several 7s and 8s, including two 9s and one 10. To sum it up, the ski feels a bit like a Cadillac in a drag race, offering a suppleness of performance and hold in place of all-out speed and adrenaline.

The Amphibio technology all but guarantees high scores in the Responsiveness classification. The mix of rocker and camber really does offer great ease of initiation, and immediate hold. In the Black Edition, that responsiveness is more pronounced in medium and even shorter radius turns. It can feel a little hurried, and even over-powered, for anyone who wants to try and make the ski go fast as hell. The ski garnered a couple scores of 4 and 6 on the lower end from our ex-racer types, but saw mostly 8s and 9s from the rest of the test crew.

The Stability classification is where the Black Edition saw some of its highest scores, thanks to a woodcore, Dual Ti, carbon layer construction that resulted in one of the dampest, smoothest-riding skis in this category. There were several 9s here, one 10, and then a couple of 4s from the testers who felt it lost precision and confidence when they tried to rail the ski straight down the hill.

The same can be said of Edge-hold. If you keep the ski at its preferred radius (medium), and preferred speed (mid to fast), it will reward you with a day of effortless hold. Push it out of that range, and be prepared to lose a little bit of that silky smooth control.

Carving Pleasure results were the most unified classification for the Black Edition, with one 10, and then 8s across the board. Take this ski to any groomed terrain in the country, lay it on edge, and be prepared to smile!

As noted in the Full Review (see above), most testers felt medium radius are the Black Edition’s specialty, yet it still received mostly high scores in the Turn Shape Variability classification, with a couple of 6s at the low end, then some 7s and 8s, and even one 10 from a single tester who said that as long as he didn’t go too fast, he could change up his turn shape at will.