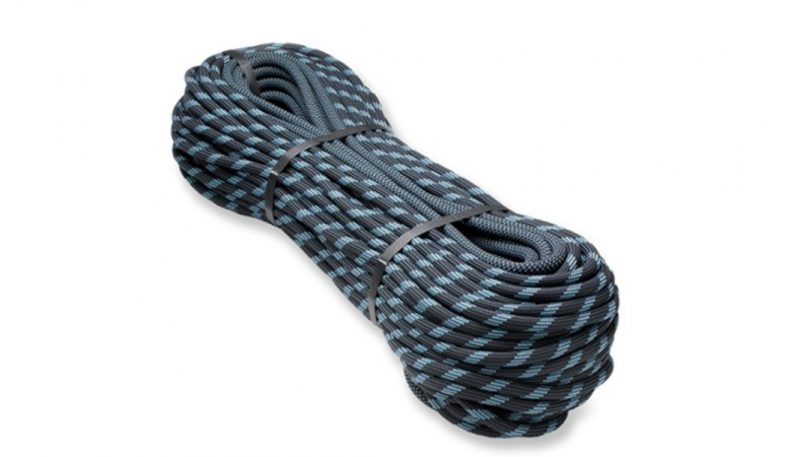 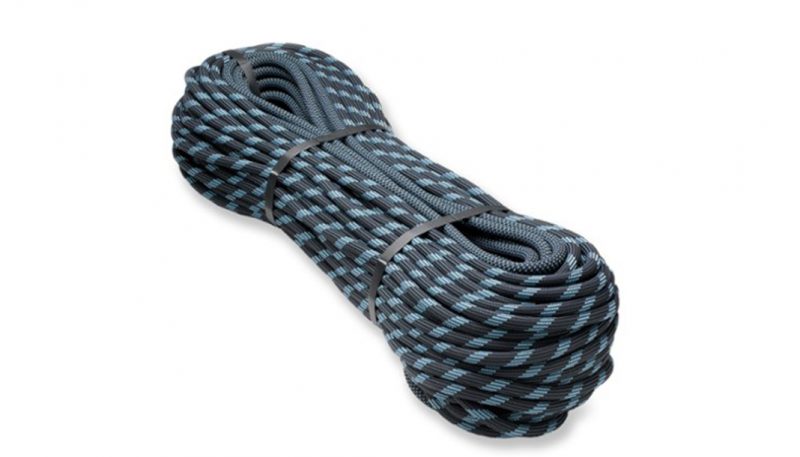 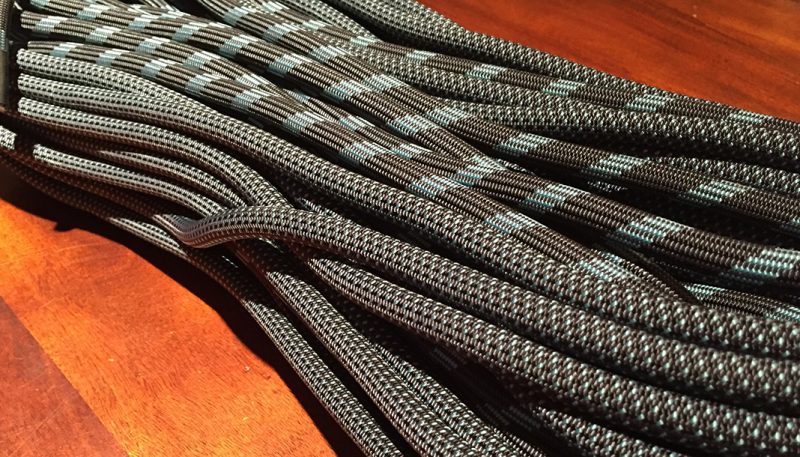 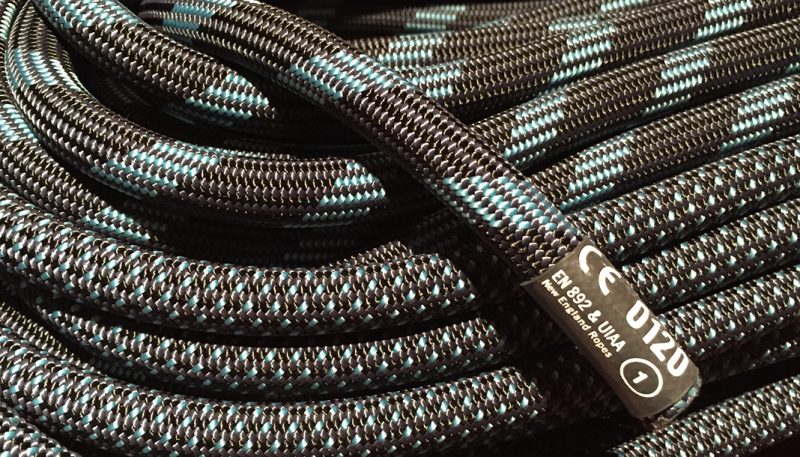 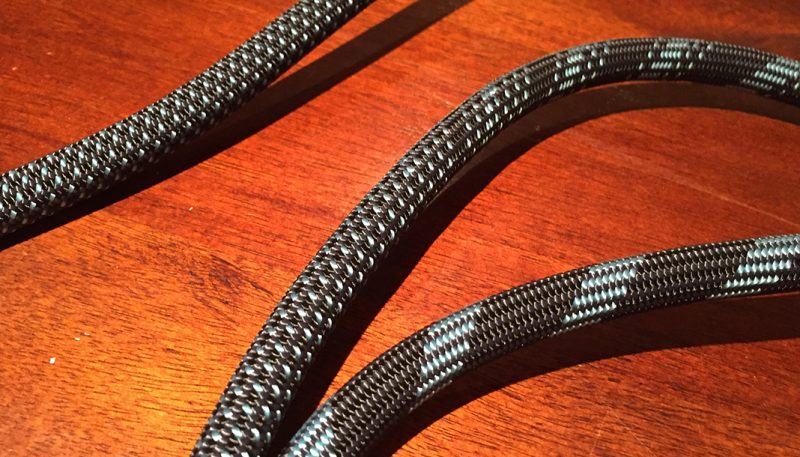 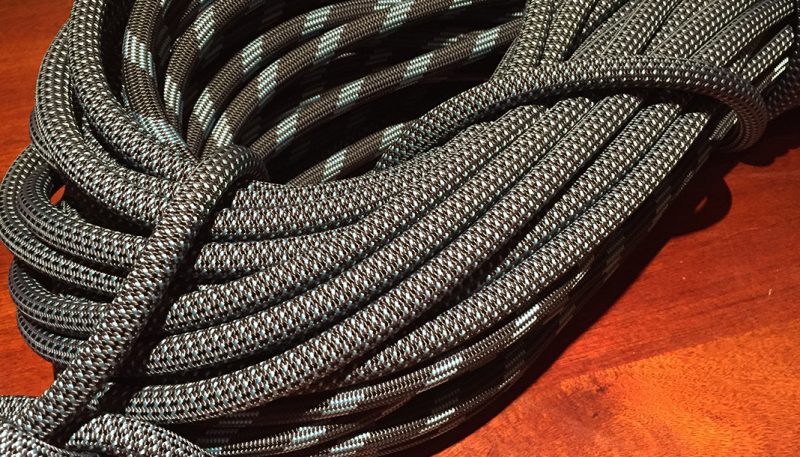 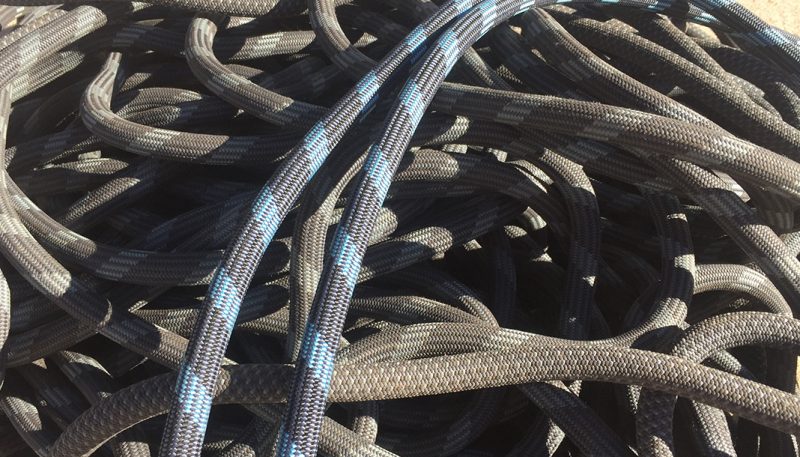 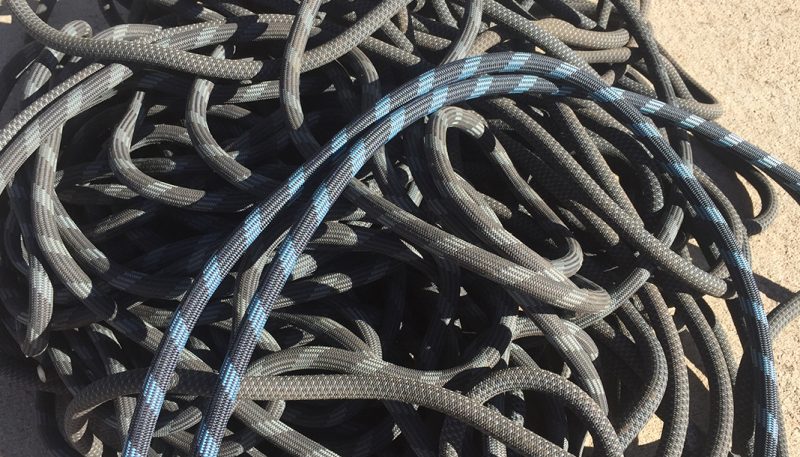 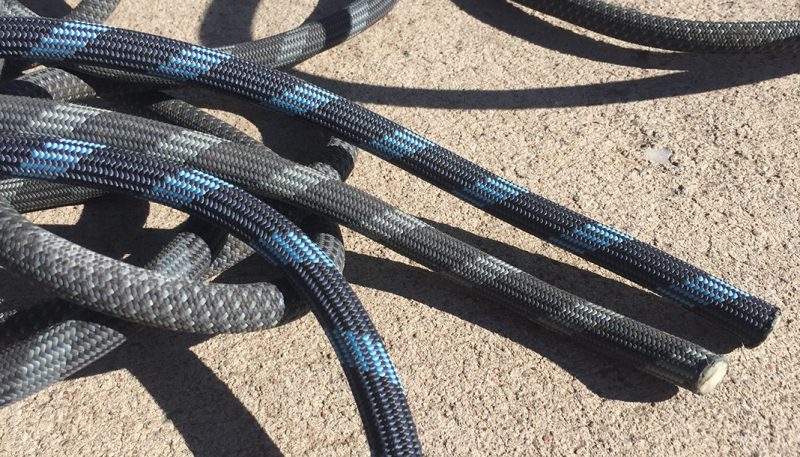 The Maxim Glider is a 9.9 mm rope best suited for sport and trad climbers looking for a durable rope that can hold up to repeated abuse. Stiff handling makes the rope difficult for tying knots and harder to feed through a belay device, limiting its appeal.

Handling
The Maxim Glider is constructed with Maxim’s Twill Pattern Technology to create a smooth sheath. Maxim credits this construction with the ability of the rope to reduce drag when running through gear. Testers quickly picked up on the feel of this technology and while it makes for some smooth movement of the rope through gear, it also makes for a stiff handling rope. Hence, the Glider was the stiffest rope tested in this category and testers didn’t find great favor with the stiff handling of the rope when it came to tying knots or pushing a bight through a belay device. Once tied in, that smooth sheath does clip well and move nicely through a belay device.

Resistance to Dirt
The Glider rope we tested was a bipattern color called Milky Way, composed primarily of dark blue yarns, complimented with light blue. Surprisingly the rope got dirty quickly and the visually appealing Milky Way color scheme lost its attractiveness and more importantly it made it more difficult to find the middle of the bipattern rope. Compared to other ropes tested in this group the Glider fared poorly in its resistance to dirt.

Durability
The Glider was the most durable rope tested in this group. Despite repeated abuse in a wide range of climbing settings the Glider’s sheath, aside from being dirty, looks almost like new after dozens of days out. Even during repeated top-roping while guiding and working with large groups, the Glider survived and out performed all other ropes for durability. During in-house testing, the Glider’s sheath showed wear in both the abrasion and sharp edge test but still fared better than other ropes tested.

Features
The Glider features a number of options to appeal to a wide variety of climbers. The bi-pattern option appeals to climbers who want to spend a little extra money to find the halfway mark easier, however in the dark blue Milky Way pattern tested the halfway mark was harder to find than what you find in most bi-pattern ropes.

For Alex Honnold fans, Maxim makes a signature bi-pattern rope. Standard, dry or double dry treatment options also help appeal to a wide range of climbers and the dry version of this rope performed well during testing on ice climbs, keeping the rope relatively dry and free from becoming a frozen cable. If you appreciate the handling and other characteristics of the Glider, you can also get the rope in a 10.2 mm and 10.5 mm diameters.

Versatility
The Glider is a solid workhorse rope that proved incredibly durable, making it a great choice for people or groups looking for a rope that will last a long time and hold up to abuse while sport or trad climbing. The Glider excels at day-to-day single pitch cragging, particularly on sharp rock that can chew up ropes. But, due to the stiff handling, the Glider wasn’t as popular as a multipitch rope. Its stiff handling made it not as popular when repeatedly tying knots and hitches, like you would on multipitch, or with gloves on when ice climbing.