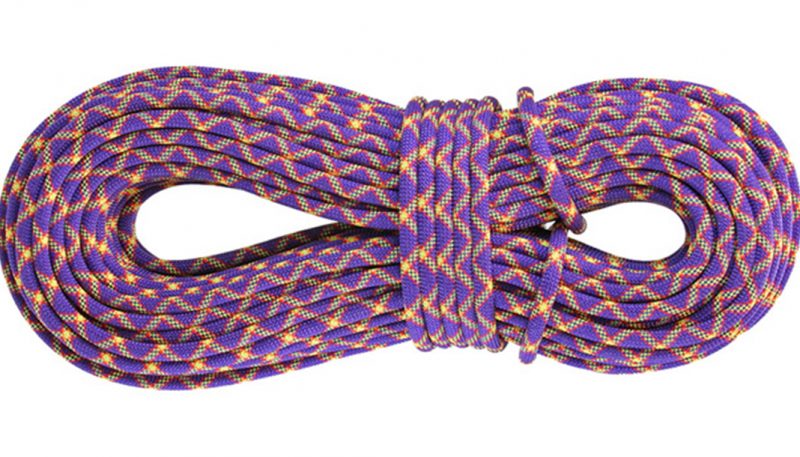 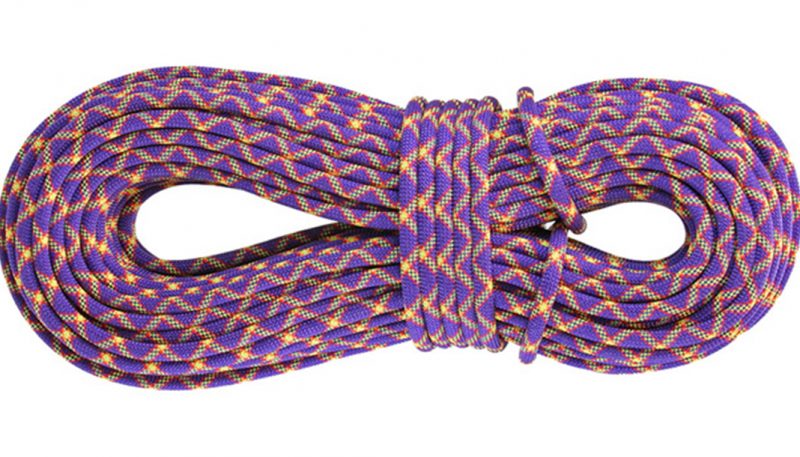 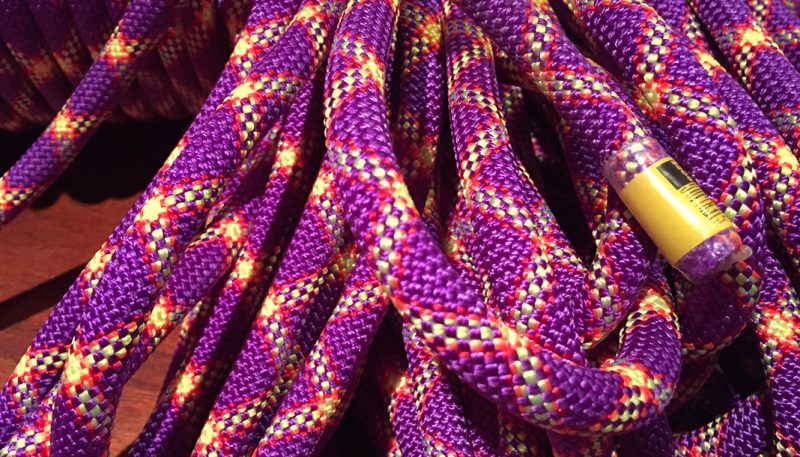 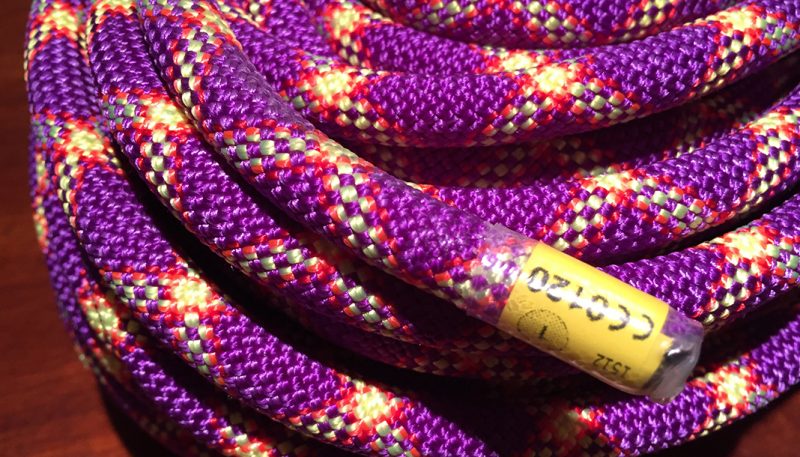 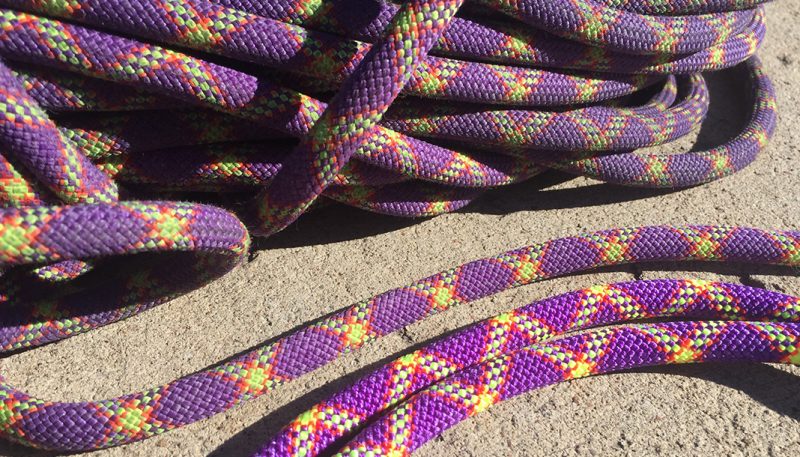 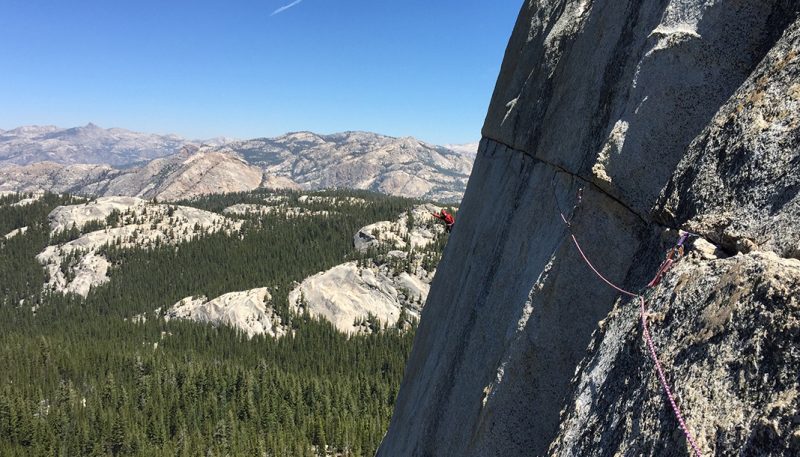 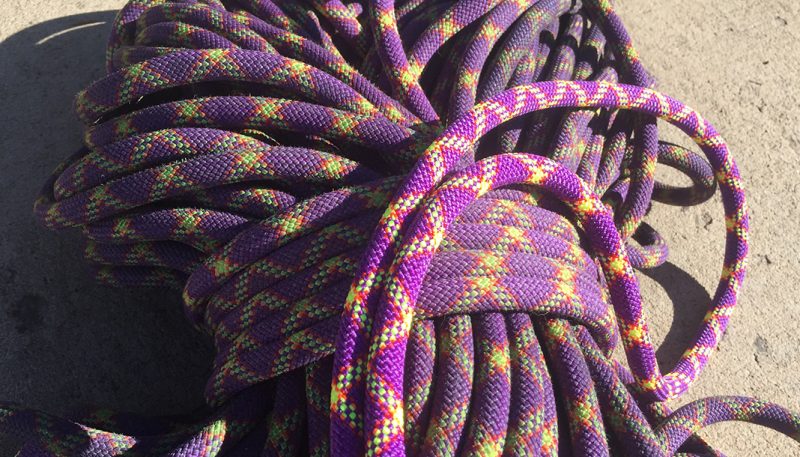 The Sterling Evolution Velocity is a great handling 9.8 mm dynamic climbing rope that excels at sport and traditional rock climbing. Lacking some of the fancy features on other ropes, the Evolution Velocity makes up for it in performance, resistance to dirt, and its wide range of dry treated and length options.

Handling
The Sterling Evolution Velocity was one of the most popular ropes tested in this category for handling. During testing, the rope was popular for the smooth feeding through belay devices while taking knots with security. Testers appreciated the supple feel of the rope and how that suppleness translated into solid and secure handling. The rope clipped smoothly on steep sport climbs but was also a pleasure to handle when pulling through plaquette style belay devices on multipitch climbs. Sterling says this is their best selling sub-10 mm rope and many testers felt it was largely due to the favorable handling.

Resistance to Dirt
The standard, non-dry version of the Evolution Velocity we tested proved to be admirably resistant to dirt compared to other ropes tested. During testing the rope was drug through the dirt while on family climbing outings, forays into the sandy desert environment and while being used and abused during guiding. Despite this extensive use, before and after pictures reveal a rope that held up well to the dirt and grime of climbing, and in particular the black markings of aluminum left behind.

Durability
During our in-house testing, the Evolution Velocity fared average and the rope’s sheath showed wear similar to other ropes in our tests. Hence, the sheath showed a good amount of fuzziness after the abrasion test and the sheath was severed, showing the core underneath, after the sharp edge test. In the field, the rope held up well despite repeated abuse on a wide range of rock types. The sheath looks better than any other sheath on ropes tested in this group and the rope has maintained its favorable handling characteristics.

Features
The Evolution Velocity lacks some of the features of other ropes tested such as a middle mark although for some extra coin you can buy a bi-pattern to identify the middle of the rope. Climbers who like this rope will appreciate that despite a middle mark, you have a lot of options to help you fine tune the rope you want. In addition to the option of a bicolor pattern, you can get the Evolution Velocity in non-dry or dry treated and a number of lengths from 35 to 80 meters. Six color options also provide plenty of choice for climbers.

Versatility
In the non-dry version of the rope tested, the Evolution Velocity proved particularly adept at a wide range of rock climbing objectives from sport climbing single pitch to long multipitch trad climbing. The favorable handling and durable build of the Evolution Velocity makes it appealing choice for all manner of rock climbers as it handles well when working sport routes and flows smooth when pulling rope again and again when belaying multipitch. The durability of the rope makes it appealing for trad climbers who are going to use the rope on abrasive rock. As a testament to its versatility, the Evolution Velocity was the rope of choice for my most recent one-day ascent of the Nose on El Cap, chosen for all of the characteristics mentioned.

The only limitation for the Evolution Velocity was its ability to perform on snow and ice due to the non-dry treated version we tested. Climbers can spend a little more money and get greater versatility out of their Evolution Velocity if they choose the dry version which then makes the rope as close as you can get to a single quiver rope.