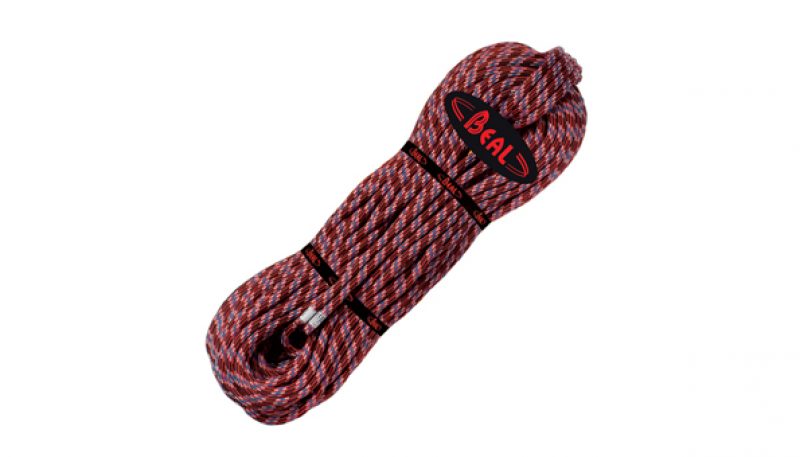 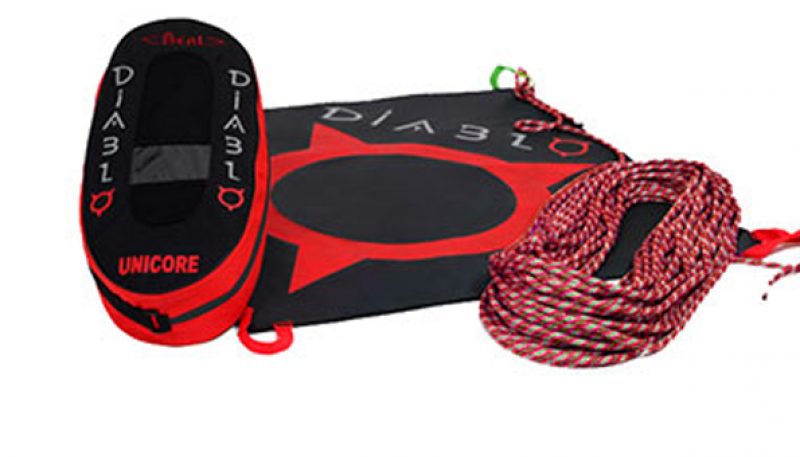 The Beal Diablo is a lightweight 9.8mm rope that is great for climbers looking for a rope that can handle demanding punishment thanks to the unicore construction which bonds the sheath to the core. This unique construction enables the Diablo to maintain great handling characteristics over time and prevent sheath slippage. The Diablo wasn’t the most durable rope tested or the most resistant to dirt but it performs admirably in a variety of demanding situations.

The Beal Diablo is a lightweight 9.8 mm rope for sport and trad climbing with Beal’s unicore construction, which bonds the sheath and core together. Comes in 60- and 70 meter lengths.

Handling
Testers appreciated the handling and feel of the Diablo. The rope performed well when testers were tying knots, feeding through a belay device, or clipping gear. The performance wasn’t remarkable, however, at least initially. In blind testing, most users couldn’t tell the difference in feel or handling compared to other ropes. Over time, the Diablo did start to get a softer feel, but the sheath never slipped and it still maintained favorable handling characteristics.

Resistance to Dirt
The Beal Diablo was relatively quick to pick up dirt compared to other ropes tested. The Diablo lacks a dry treatment and the relative lack of resistance to dirt became clear early on and made the middle mark harder to see.

Durability
The Diablo suffered a little in terms of durability. The sheath became fuzzed and frayed at a number of locations earlier than other ropes tested in the same conditions. Beal claims the unicore construction makes the sheath more abrasion resistance but we didn’t find that in our testing when done side-by-side with other ropes. The sheath never slipped and the rope’s handling remained reasonably durable but the feel of the rope did soften with time.

Extra Features
The Beal Diablo includes a number of extra features that increase its value. The middle of the Diablo is marked with a wide black line, which stood out well early in testing. As the Diablo got more wear the mark became harder to see, but it never completely became unusable like other middle marks we used. The Diablo also came in a simple rope bag with a tarp that proved reasonably useful even though it doesn’t approach the quality you would expect from a dedicated, high quality bag. Still, for new climbers looking for an early rope, it’s a nice extra feature.

The extra feature that gives the Diablo great value is the unicore construction. Unicore construction bonds the sheath to the rope’s core and that helped considerable when the rope was routed over sharp edges or other features that threatened to cut the rope. Because the sheath is bonded to the core, the sheath can be cut and stay attached to the core instead of sliding off the core or de-sheathing. I found this feature comforting when I used the rope for protracted rope soloing sessions and while jugging on lines for new route development or rebolting work.

Weight
The Diablo was one of the lightest 9.8 mm ropes tested, at 61 grams per meter. Compared to the heaviest ropes tested, the Diablo is about 6 ounces lighter.

Value
At $200, the Diablo is comparable in price to other ropes tested. In terms of value, users looking for the security provided by the unicore construction will find great value in the rope.