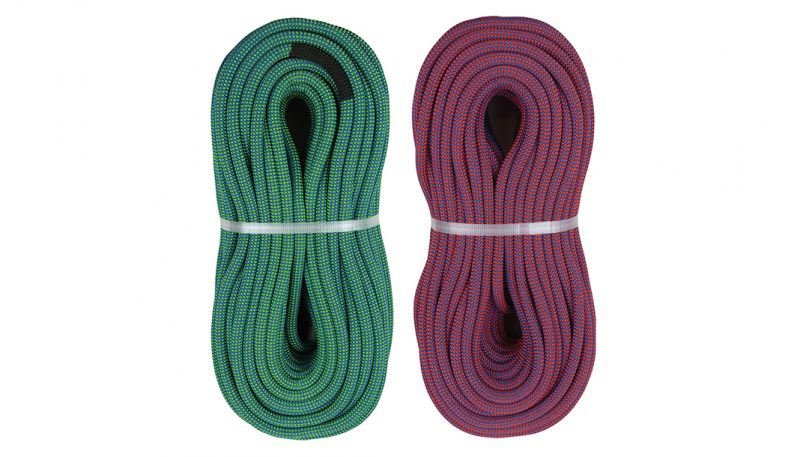 The Metolius Monster 10.2 mm rope is a durable, workhorse rope that has great resistance to dirt and abrasion yet still handles well. The Monster Marker was popular with testers as a durable and easy to see middle mark.

Handling
The Monster was popular with testers for its handling. The rope handles well in a belay device, takes knots well and stayed kink free through all kinds of climbing. Users regularly commented about the quality handling for a rope of its size and were often surprised to hear that it was a 10.2, the expectation being that a rope of that diameter would be stiff or cumbersome. Testers enjoyed the tightly woven sheath that worked smoothly when feeding slack but also caught falls well.

Resistance to Dirt
During testing we put the Monster through a lot of abuse, including many days of guiding and climbing with kids where the rope regularly ended up in the dirt and was stepped on repeatedly. Despite those conditions, the Monster proved to be one of the ropes we tested that has the most resistance to dirt. All that dirt was kept out in large part to Metolius’ Complete Shield treatment in which small particles of Teflon Eco are infused into the rope.

Durability
The Monster rope proved to be remarkably durable. After over 30 days of use in a wide range of climbing applications, including numerous protracted days, the Monster showed little sign of wear on its sheath and the core remained uniform and consistent throughout. The durable nature of the Monster makes it a great choice for climbers who want a long lasting workhorse of a rope for extended top-roping, projecting or big walls.

Features
One of the favorite features of the Monster is its durable and easy to see middle mark. Two pieces of orange thread make up the Monster Marker, Metolius’ signature method of designating the middle mark of their ropes. The Monster Marker holds up well with use while other black marks often get hard to find as the rope gets dirty.

Versatility
The Monster lacks something when it comes to versatility as it is unlikely to catch on with alpine or sport climbers looking to shed ounces in their cord. Similarly, ice climbers wanting a dry rope will have to pony up the extra coin for the dry treated version. As tested, the Monster is a great choice for climbers who don’t carry about the extra weight or bulk of a 10.2 rope and instead value the great durability found in the Monster.