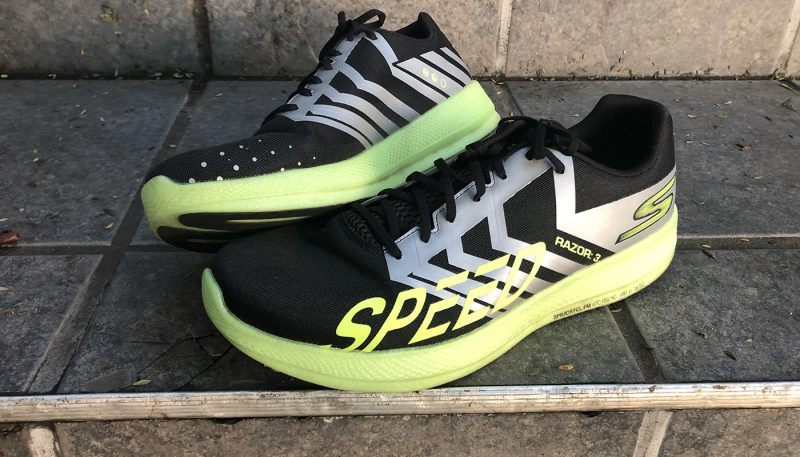 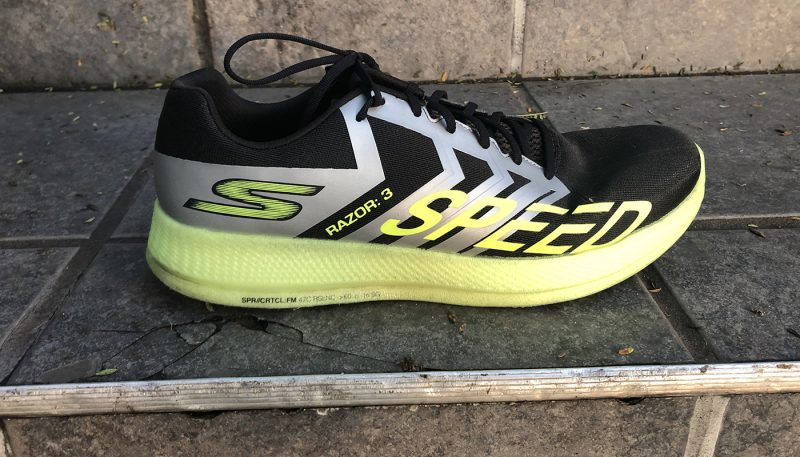 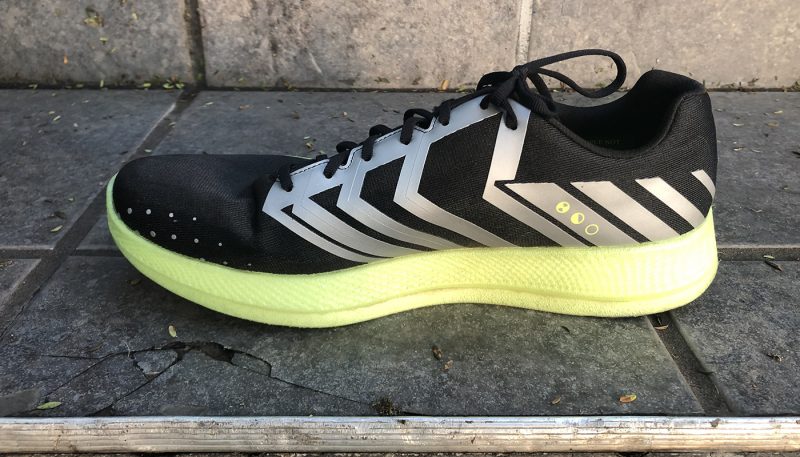 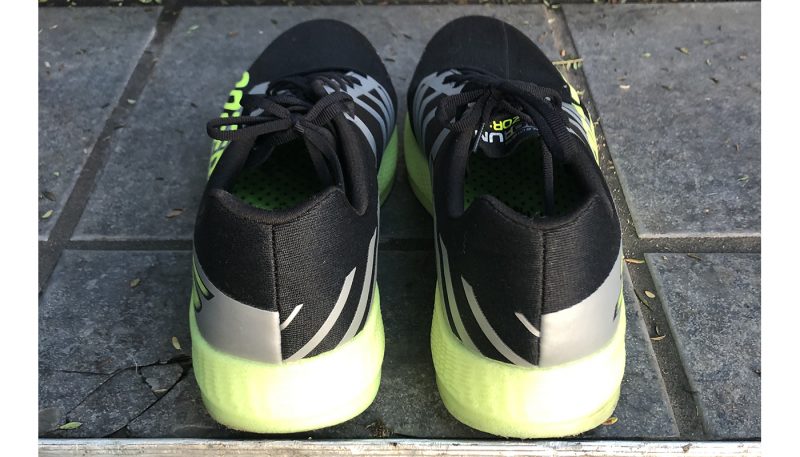 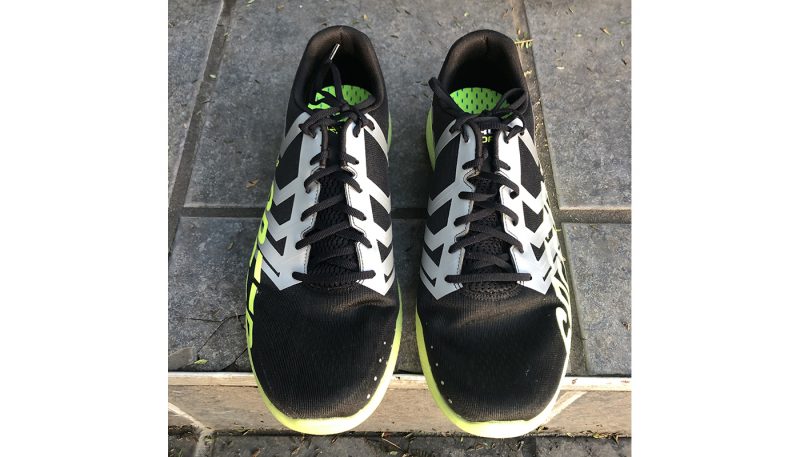 THE VERDICT
A fast, lightweight trainer and racing shoe. The Skechers GOrun Razor 3 Hyper is ready to handle any pace with ease. Although not quite the Vaporfly 4% killer, this shoe comes close with a very responsive and smooth ride.

The Skechers Gorun Razor 3 Hyper is Skechers Performance’s new marathon racer. With a new HyperBurst midsole, the Razor 3 Hyper is faster than ever. A go-to workout and speed shoe for testers, all noted how fast and responsive the new midsole is. The ride is both fast and stable thanks to a wider base, which help direct the foot forward despite no additional supportive elements. Testers felt comfortable running a variety of speeds in the Skechers GOrun Razor 3 hyper, noting they popped off the ground during recovery runs and 200-meter repeats alike. The upper is thin and shaped like the foot for the most part in typical Skechers Performance fashion. Testers loved the heel collar, which gave plenty of room for the Achilles tendon and comfortable held the rearfoot. However, some noted that the upper is narrower than expected around the big toe. As one of the lightest shoes in this round of testing, the Skechers GOrun Razor 3 could be anything from a lightweight trainer for some to a racing shoe for all distances up to the marathon.

The Skechers GOrun Razor 3 Hyper fits true to size. A seamless, sturdy upper replaces the stretchy GOknit of the previous version. A molded heel counter sits in the rear and a cut out in the heel collar gives plenty of room for the Achilles tendon. Testers enjoyed the fit of the thinner upper, commenting it shaped very well to the foot. However, many testers noted the toebox tapered more than others Skechers shoes and were surprised to feel some mild pressure. One tester noted the taper pushed one his big toe, but that feeling subsided with time.

The upper is completely seamless and very breathable. A few testers were able to successfully wear the shoe sockless without issue. The speed lacing system interacts well with the upper, allowing for further customization of fit. The insole is non-removable, so those with inserts may need to size up to put those in.

The new sole designed with Hyper Burst provides a comfortable and supportive ride. Along with the new upper, testers reported a great initial step in feel. No break in was needed by any testers, who were able to jump right into any type of run right out of the box. The cushioning provides a soft but bouncy feel that testers enjoyed during and after their runs. The slightly anatomic upper moves very well with the foot except at the toe as mentioned previously. The breathability and lightweight features of the uppers create a wonderfully comfortable fit around the foot. Testers again wished for a bit more room around the toes. Many were surprised regarding the lack of an insole but found they were able to still lock their foot down during faster speed running.

The Skechers GOrun Razor 3 Hyper was reported as one of the most responsive rides of the shoes tested this round. The Hyper Burst midsole has a high level of energy return regardless of pace. Testers reported feeling bouncy at both slow and fast paces. The cushioning is very poppy and despite feeling protective and soft, is not mushy at all. Testers reported being able to use this shoe for both easy runs and fast runs alike. The extremely lightweight (the lightest shoe of the ones tested this round) combined with the cushioning made this shoe feel fast and many testers drew some comparisons between the Skechers GOrun Razor 3 Hyper and the Nike Vaporfly 4%.

Rated as the fastest shoe of the ones tested for Spring 2019, the Skechers GOrun Razor 3 Hyper is light and extremely fast. The midsole is meant for energy return and speed. Testers reported Skechers GOrun Razor 3 Hyper feels very natural to run fast in. From 200m repeats up to marathon tempos, this shoe will get you excited to race. The speed was consistent through a variety of smooth surfaces from track to road. The rockered toe creates a smooth and fast toe-off. Combined with Hyper Burst, testers noted they felt like they were being pushed forward with every stride. One tester noted the forefoot felt a little stiff, but that only contributed further to the fast ride. Given the decent amount of midsole material, testers reported being able to use this shoe for longer workouts and felt the speedy feel maintained into the longer miles. Even with increasing mileage, testers noted the midsole remained resilient and fast.

Smooth, responsive, and strong were all words used by testers to describe the Skechers GOrun Razor 3 Hyper. The slightly wider sole creates some inherent stability and contributes to a stable feeling ride. The rockered sole provides a smooth landing and toe-off. The Skechers Midfoot Strike Zone is present, although to a much lesser degree than other Skechers shoes. Testers who had negative experiences with prior models with the Midfoot Strike Zone did not notice any difference in the ride. All reported that no matter where they landed, the ride was very smooth. Combined with the highly resilient and responsive midsole, testers reported they felt like they could run all day in this shoe.

Continue Reading
WHERE TO BUY
MSRP
$135.00
BEST DEAL
$129.95
*Your purchase helps to support the work of Gear Institute.
HOW WE TESTED