Hoka One One Mach 2 Review 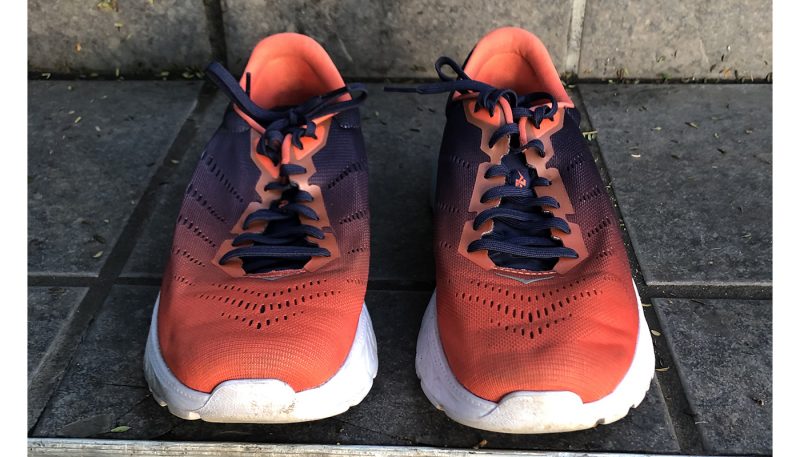 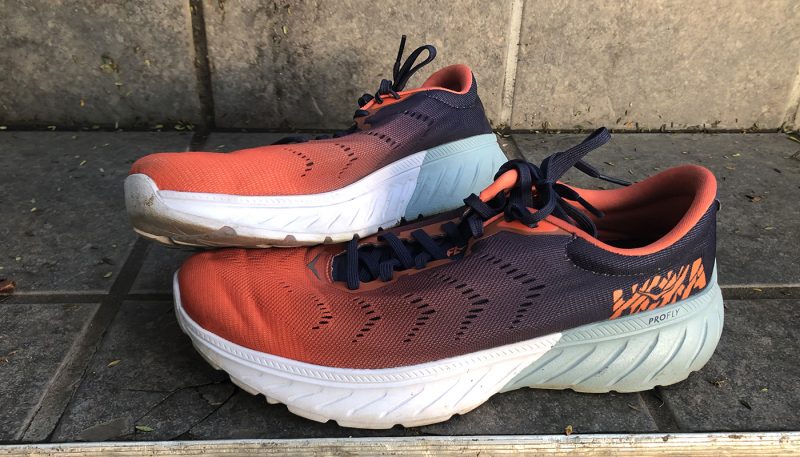 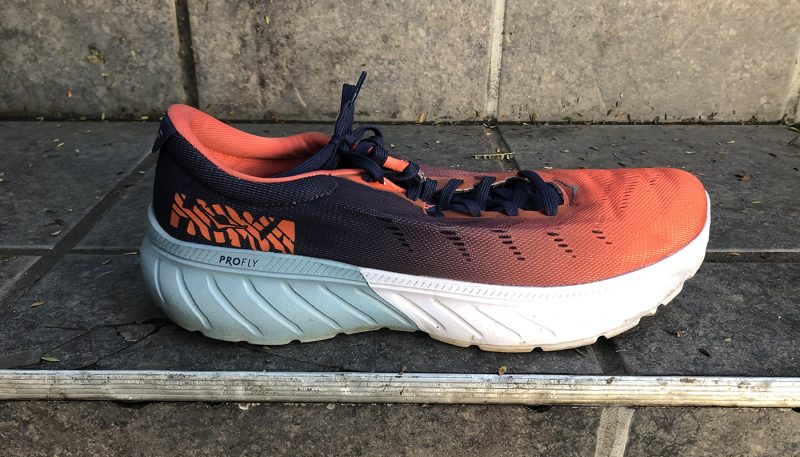 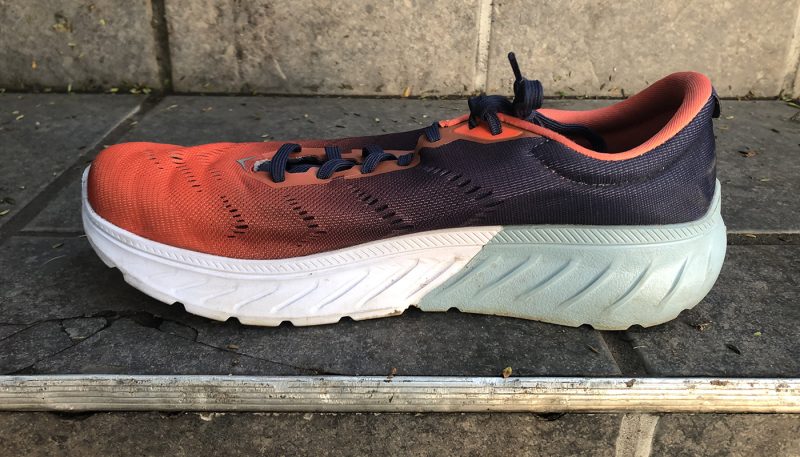 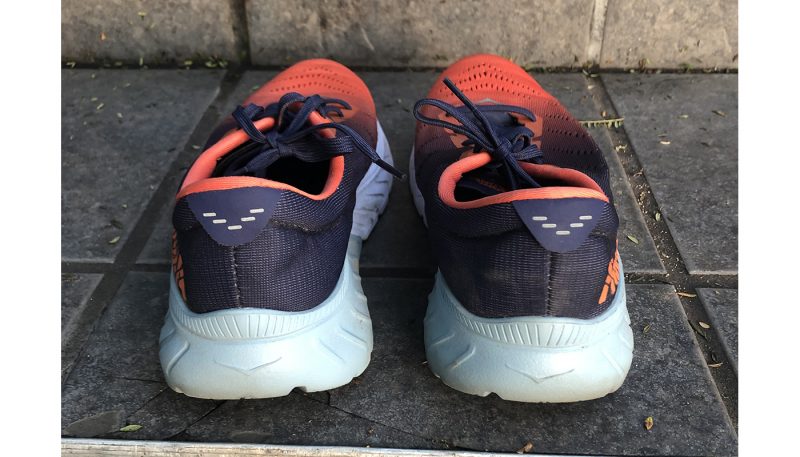 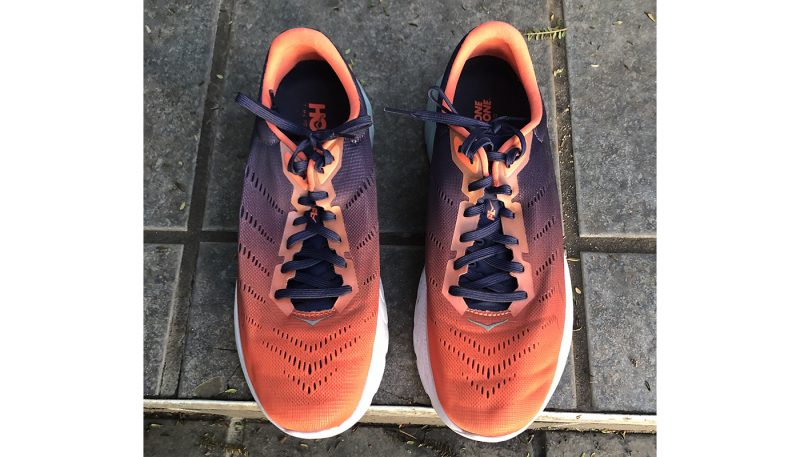 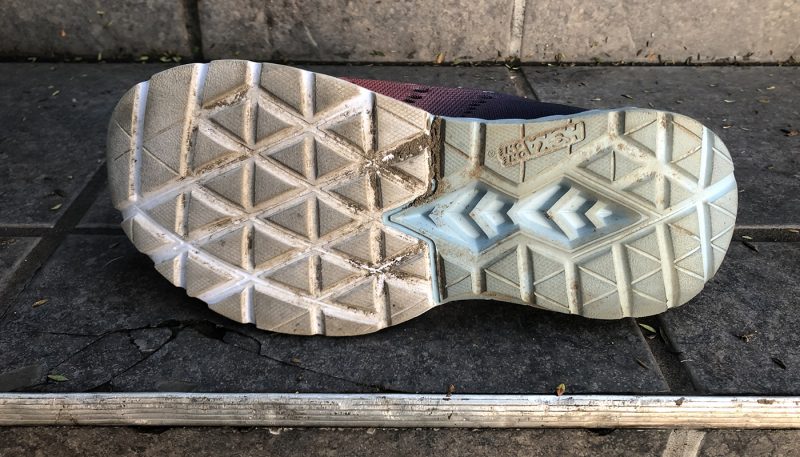 THE VERDICT
For those looking for a slightly wider fitting shoe for uptempo days and short to medium runs. The Hoka One One Mach 2 is a lightweight, speedy comfort shoe that will get your legs turning over while giving your feet plenty of room.

Hoka’s Trainer/Racer, the Hoka Mach 2 is back with a complete update. Both the upper and sole have evolved to provide a better fit and faster ride. The continued use of Hoka’s rocker systems makes this shoe nimble and fast for workouts and races. Coming in as one of the lighter shoes tested this round, Testers raved about how light these felt and continually reached for them during short up-tempo workouts. With two different densities of foam in the midsoles, the ProFly midsole attempts to create a firm forefoot and a soft heel for landing and toe off. Testers noted how easy it was to turn their legs over with the firmer forefoot. However, many noted the heel was firmer than they would have liked for longer efforts.

Contrary to typical Hoka uppers, the Hoka Mach 2 has a redesigned mesh that creates a much wider fit through the forefoot than previous. Testers loved the additional room they had and how lightweight the upper feels. However, the lightweight design does not give adequate support throughout the foot. Testers noted the upper being both stiff and loose. Many wished for a more secure lockdown but did not notice any issues over short distances.

Sizing wise, the Hoka One One Mach 2 is dialed in perfectly. All testers noted a perfect fit in their normal size both length-wise and in the arch. The Hoka One One Mach 2 fits on the wider size throughout the shoe, particularly in the forefoot. This is partially due to a thinner engineered mesh. Testers noted the shoe breathed extremely well in the variety of conditions and temperatures.

However, with a thinner wider upper comes a lack of support. Testers noted that they had a hard time locking their feet down with this upper. Additionally, the lacing system did not interact as well as some testers would have liked, further causing difficulty finding that perfect fit. Despite the thinner mesh, many testers noted the upper was stiff. The upper relaxes after several miles, but those choosing this shoe would do well to wear thick enough socks to protect your skin initially, particularly under the tongue.

Despite the difficulty with upper support, testers gave the Hoka One One Mach 2 high marks for comfort. The combination of high cushioning, lightweight and additional room makes this shoe great for short runs. The upper has minimal padding and once it breaks in, may feel as if it isn’t there. Testers enjoyed this feeling once the shoe had broken in, but still were concerned regarding the lack of upper support for longer runs. With the extra volume in the shoe, the Hoka One One Mach 2 works well both as a running and recovery shoe. However, during longer runs, those with narrower feet noted extra foot movement in the shoe.

The Hoka One One Mach 2 is designed as a go-fast shoe. The ProFly midsole creates a firmer forefoot and softer heel for fast push offs and softer landings. Testers enjoyed the responsive propulsive feel from the firmer forefoot midsole material. However, others noted the heel was firmer than they would have liked, creating harsh landings. The Hoka One One Mach 2 is highly responsive for a Hoka shoe. For those looking for the signature protective ride with some added spring, the Hoke One One Mach 2 is a great choice for workouts. Due to the firm ride in the heel, many will find a better fit for short fast workouts

At 8 oz for men and 6.6 oz for women, the Hoka One One Mach 2 is an extremely light Hoka shoe. All testers reported a light and fast feel. Due to the sole design, getting the legs turning over in this shoe is easy. The firm ride and good push off create a speedy shoe best suited for shorter distance workouts. Testers noted that this felt like a racing flat and found this Hoka shoe working well for speed workouts. For individuals coming from heavier Hoka Models, the Hoka One One Mach 2 could easily be their alternate workout and race shoe. While testers loved using this shoe for short workouts, many found themselves reaching for other shoes when it came to long workouts and marathon. As the miles piled up, testers began to fatigue due to the firmer heel and lack of additional security from the wider and loose fitting upper. For those used to firmer rides, this may be a great shoe up to the half marathon. Many however will need to look elsewhere for marathon racers.

For lightweight efficient runners, the Hoka One One Mach is smooth riding and nimble. The ProFly midsole combined with the rocker geometry creates a light, fast ride. The Meta-Rocker (toe spring) at the forefoot was a favorite among testers and noted a very smooth transition forward. As mentioned previously, the firm heel is not as comfortable to land on, but once the speed picks up, the beveled Hoka heel helps runners roll right along.

Testers noted the Hoka One One Mach 2 responded well to a variety of surfaces but had poor traction on wet and technical terrain. While it is versatile enough to be used on different terrain, the Hoka One One Mach 2 is most at home on the road. However, thanks to the thicker midsole, testers were still able to run fast across light trails and gravel. All noted they still felt well protected despite the firm and lightweight ride.

Continue Reading
WHERE TO BUY
MSRP
$140.00
BEST DEAL
$92.99
*Your purchase helps to support the work of Gear Institute.
HOW WE TESTED