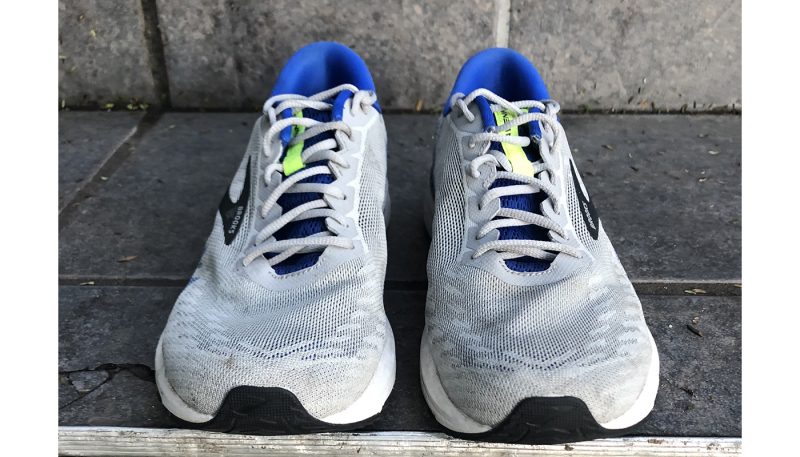 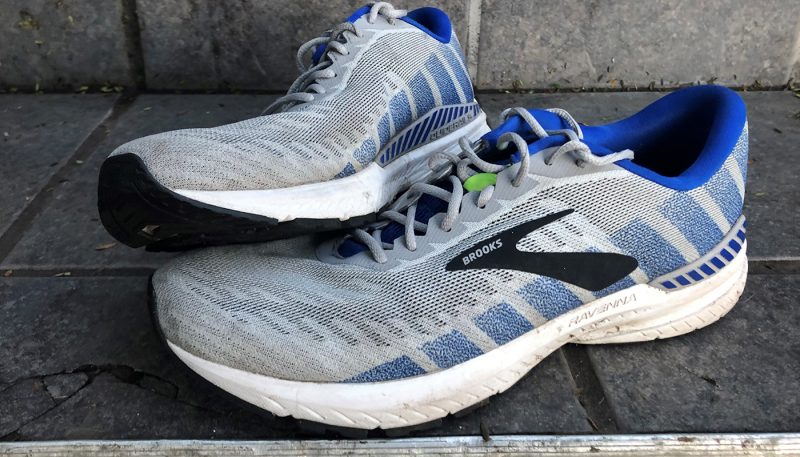 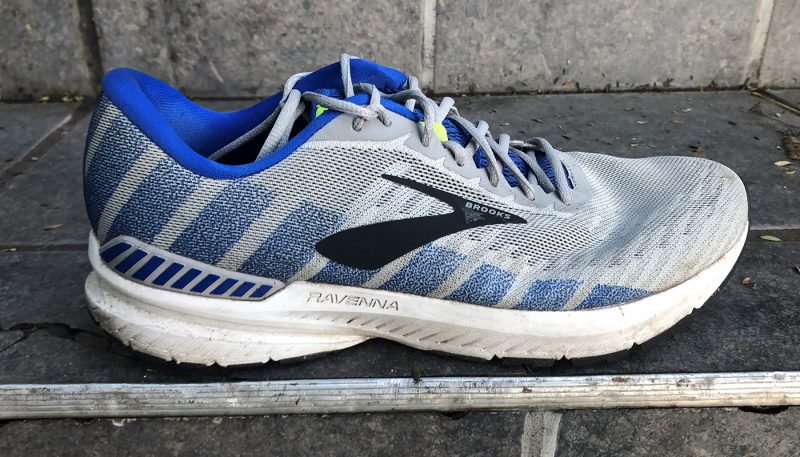 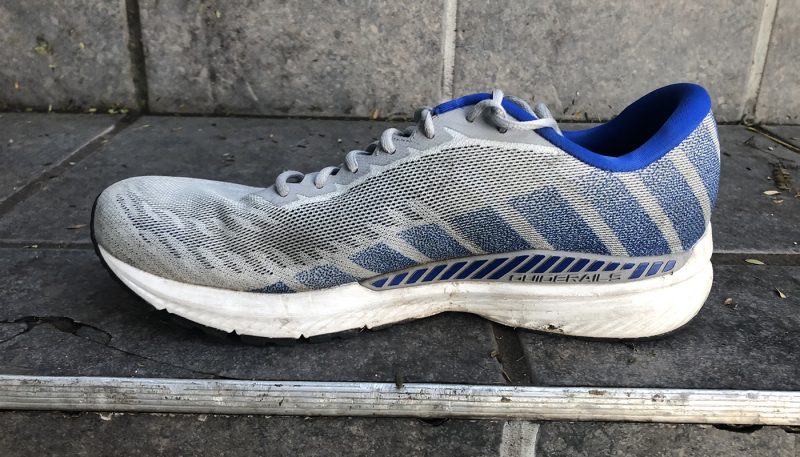 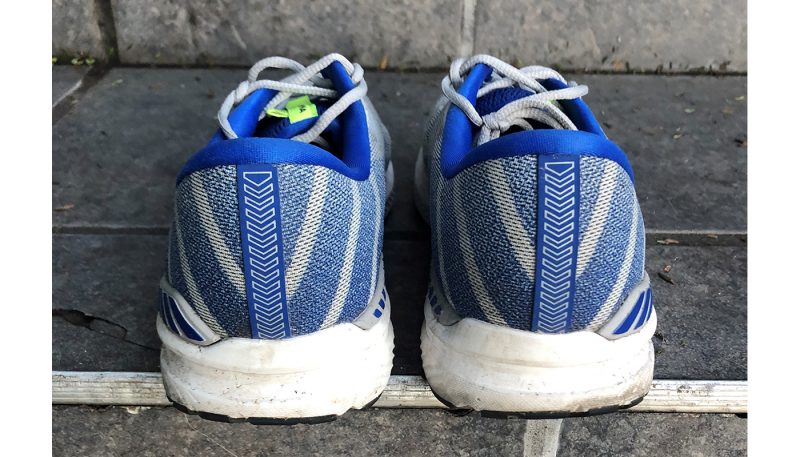 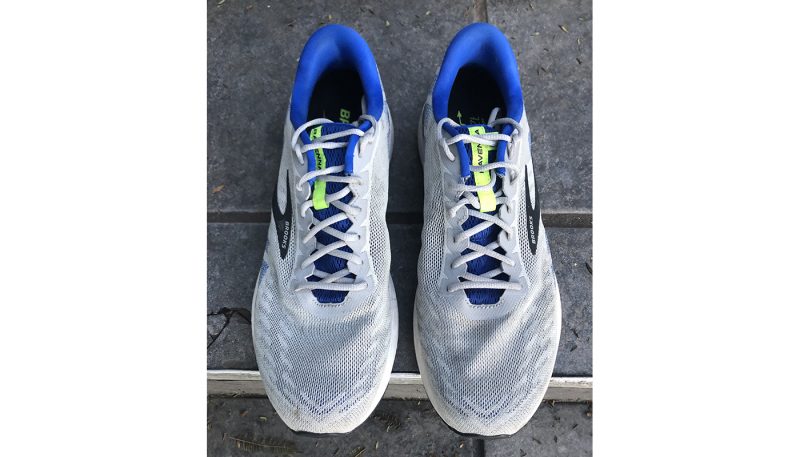 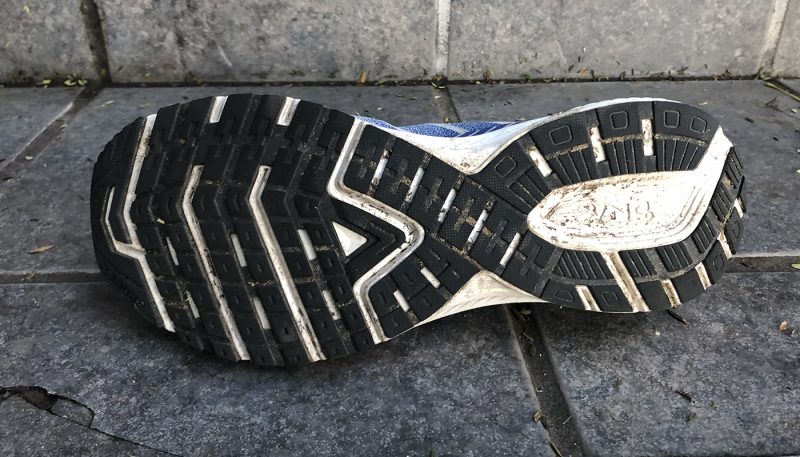 THE VERDICT
A strong update from a mid-stability shoe to a true lightweight stability/neutral trainer. The Brooks Ravenna 10 hit the marks with a responsive, fast and supportive ride if you need it. Although not the lightest shoe, it still had the right amount of cushioning, flexibility and responsiveness to make this a shoe that testers continue to reach for. For those looking for a stable and smooth shoe for long runs and races, The Brooks Ravenna 10 is your shoe.
FULL REVIEW

The Brooks Ravenna 10 is a complete evolution of the classic lightweight stability trainer. Updated with a new sole, new upper and new stability system, Brooks is redefining this category of footwear. With the use of the new GuideRail system, the Brooks Ravenna 10 is a light stability shoe for those with and without support needs. The support provided is exactly what you need and when you need it. Both neutral runners and those looking for some extra stability will do well in the Brooks Ravenna 10, as testers felt the stability was non-intrusive. Combined with a secure upper, the foot is held down very well. However, those with extra wide forefeet should be cautious of the slightly snug forefoot.

Extra cushioning has been added into the sole of the forefoot, creating a more cushioned and responsive ride. Paired with a 9.4 oz weight, this is a great shoe for those looking to pick up the pace but needing some protection over long miles.

Testers were able to use this shoe for both easy runs and long workouts. Given the slightly lighter weight, responsive and supportive ride, this could easily be used as a marathon racer for the masses.

Secure was a word frequently used by testers regarding the Brooks Ravenna 10. The heel and midfoot fit well with just enough room in the toe box. Testers found the fit was fairly average to just slightly snug throughout with a good hold in the midfoot and forefoot. Some wished for a little more security in the heel, but this was alleviated by using a heel lock lacing technique. A few testers noted that although the forefoot room was just enough for them, caution was thrown to those with very wide forefeet as the fit could be a little snug.

All testers reported the Brooks Ravenna 10 fit them true to size almost perfectly. The engineered mesh provided a good lockdown without being constricting. Testers noted that despite the security, the upper seemed to adapt to the foot further over a few runs. In typical Brooks fashion, however, the initial step in feel was loved by all and required no break in by testers.

Brooks is a company known for comfort and the Brooks Ravenna 10 is no exception. The combination of a great fit, adaptive support, flexibility and cushioning made for a comfortable ride. Testers loved the perfect amount of cushion in the upper. Particularly in the heel collar and tongue, no blisters or hot spots were reported. A few runners were able to run sockless in this shoe due to the comfortable fit, although those not experienced with this should still approach this cautiously.

The sole continues to use Brooks BioMoGo DNA and material that adapts cushioning depending on the pace and the runner. Testers loved the sole, reporting that they had plenty of cushioning and protection to get them through both long and fast miles. Many testers noted that the shoe was so comfortable, they wore it both during and after their running. The sole works best of road surfaces, by several, were able to take the Brooks Ravenna 10 on a variety of surfaces without issue.

For those looking for a responsive light stability shoe, the Brooks Ravenna 10 is a great example. Testers found the BioMoGo DNA to provide a high level of responsiveness, especially at the forefoot. The toe spring combined with the additional forefoot cushion makes for a fast roll forward. In the rear of the shoe, the GuideRail system helped direct that springiness forward only for those that needed it. The combination of the guidance and BioMoGo DNA provide a reactive cushioning system that responds very well to a different amount of force input from the legs.

Regardless of the terrain, testers described the Brooks Ravenna 10 as springy. For those that run on a variety of surfaces, the cushioning provides both protection and responsiveness. This helped testers who needed to be able to change paces for a variety of reasons, particularly with hills, turns, and trails. However, testers agreed that the Brooks Ravenna 10 performs best on the road, particularly due to the extra cushioning.

Although not the lightest model, the Brooks Ravenna 10 can easily pick up the pace. Testers found they were able to use this shoe for both short pickups as well as longer up-tempo efforts. The combination of a smooth riding sole, light guidance and responsive cushioning make the Brooks Ravenna 10 great for long distance efforts where fatigue may be a factor. Many testers found themselves thinking of this shoe for marathon racing. The additional weight is not optimal however for anything below a half marathon race or workout for most runners. For longer races or workouts that need both speed and comfort, the Brooks Ravenna 10 is a great choice.

Brooks has shifted its focus from posting to a new stability system called GuideRails. Located around the heel and medial midfoot, these sidewalls assist in guiding the foot forward whenever it strays too far out of line. Despite having a variety of stability needs, almost all testers raved about the new system being unobtrusive and supportive. The adaptive stability provided stability when you need it and stays out of the way when you don’t.

The Brooks BioMoGo DNA provides good protection while still providing some feel for the road. The extra midsole material added in the forefoot of the Brooks Ravenna 10 keeps the front of the foot fresh, especially after long mileage. Testers reported a well-balanced and smooth ride that worked with their legs for a variety of runs. High praise was especially given for the toe spring and heel bevel, which provided a mild rocker effect without being excessive like other brands. The toe spring is combined with good forefoot flexibility, allowing for a very natural forward roll during both fast and easy paces.

Continue Reading
WHERE TO BUY
MSRP
$110.00
BEST DEAL
$76.87
Road Runner Sports
*Your purchase helps to support the work of Gear Institute.
HOW WE TESTED