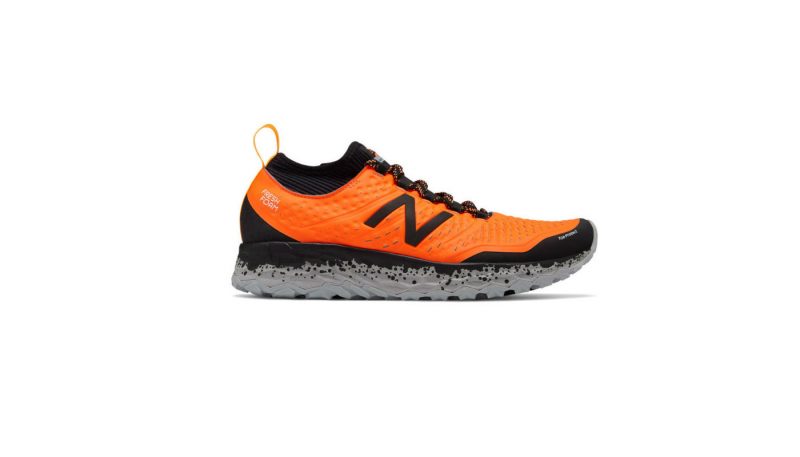 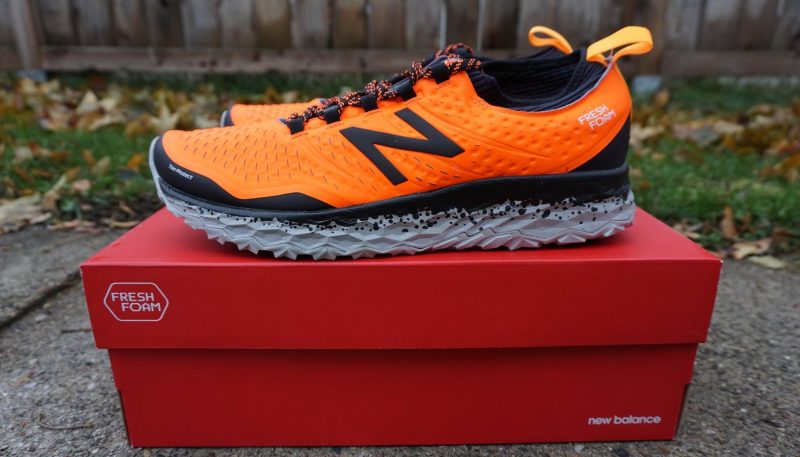 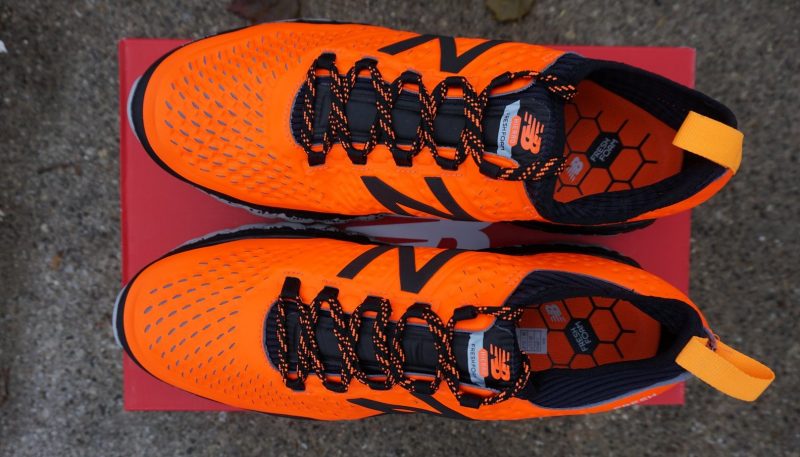 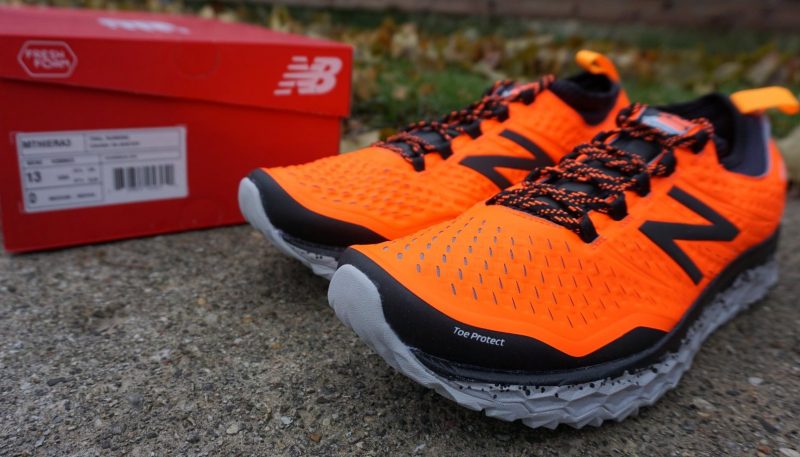 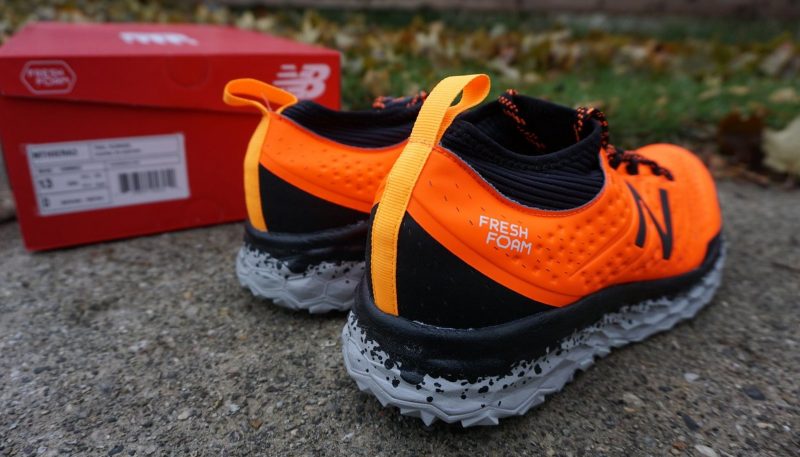 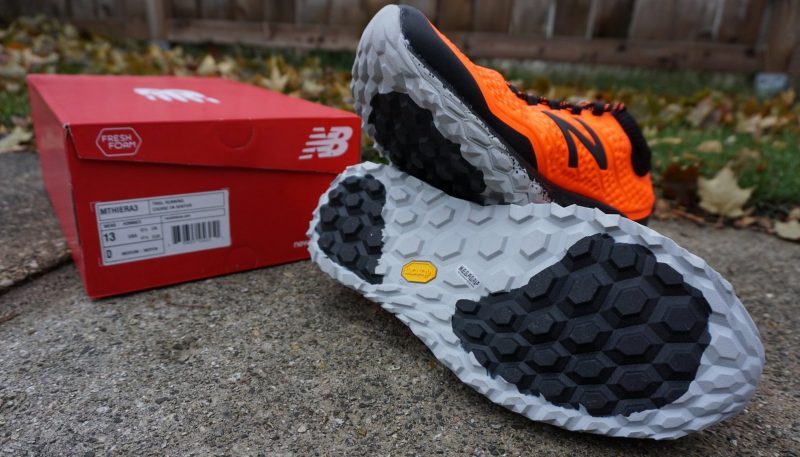 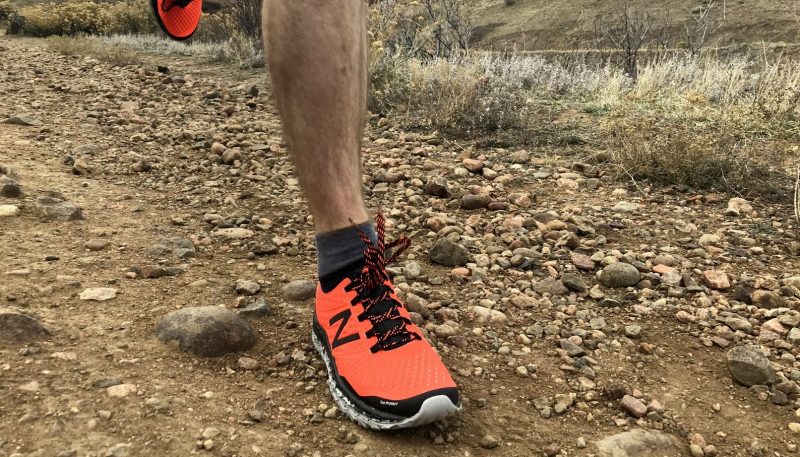 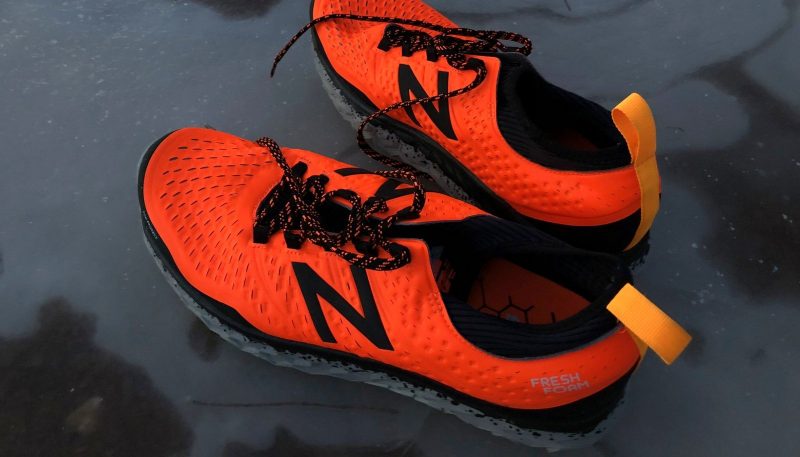 THE VERDICT
The New Balance Hierro v3 is almost unrecognizable compared to its predecessor. From the ground up, there are changes to the outsole, midsole, and entire upper. While the upgrades add weight (the Hierro v3 is the heaviest shoe in this round of testing, and about an ounce heavier than last year’s Hierro v2), the benefits are substantial. The new Hierro v3 has outstanding comfort and protection with a snug bootie upper, all of which make it an excellent choice for ultramarathons and long trail days. The new design is also visually striking. On the downside, some of our wear-testers found that the extra benefits didn’t offset the added weight. There were also serious disagreements on the team about fit and traction, with wear-testers giving the Hierro v3 very high and very low marks. Overall, the New Balance Hierro v3 is a shoe that everyone will like to look at, but runners should test out before buying.
FULL REVIEW

New Balance completely redesigned the Hierro v3 from the ground up. The midsole is still made from comfortable, responsive Fresh Foam, but it moves up to an 8mm drop with 30mm rear stack height and 22mm forefoot (v2 in comparison had 4mm drop with 26mm rear and 22mm forefoot stack height). The outsole has totally redesigned lugs as well.  The changes to the uppers are even more substantial. The Hierro v3 has an internal bootie with ankle-height collar to hold the foot securely and keep out debris. Over the bootie is a seamless, laser-perforated Hyposkin material (which is also being used in the new Fresh Foam Zante v4). The new upper is also visually striking, and as one wear-tester put it, “The new Hierro is the most unique looking shoe in the test.”

The new version is a bit heavier than v2 (the Hierro v3 is 11.9oz for men’s size 9), but the weight comes with serious upgrades to performance and comfort.  The updates also help distinguish the Hierro v3 from other protective trail shoes in New Balance’s line-up, including the 910v4 and Leadville. New Balance’s lightweight, performance-oriented trail shoes are covered by the Vazee Summit, minimalist MT10, and a brand-new lightweight racer called the Summit Unknown that’s built on the New Balance 1400 road platform.

Our wear-testers praised the Hierro v3 for its comfort and protection, but reactions were divided on how well the shoe fit and the outsole’s traction. While some thought it fit like a glove and bit into the trail, others found the fit uncomfortable and the ride sloppy.  All of our wear-testers commented on the Hierro v3’s weight, which was the heaviest in this round of testing. None thought it ought to be a deal-breaker, but the weight is noticeable. For comparison, the Inov8 RocLite 320 GTX is a mid-height run/hike shoe with Gore-Tex and a rockplate, and it weighs only 0.2oz more than the Hierro v3 in the same men’s size 9.

“Move over Hoka Challenger ATR,” one of our wear-testers wrote, because the Hierro v3 is the new king of over-the-top comfort.  “This is THE shoe I’d grab for long trail runs when comfort is a top priority” praised another member of the wear-test team. The bootie with integrated gaiter is stretchy and flexible enough that the shoes aren’t hard to get on or off (unlike the Asics Gel-FujiRado, a shoe with a bootie that needs a lot of tugging and stretching to get over your heel).  However, a couple wear-testers had concerns with the lack of padding under the laces. Runners with low-volume feet who need to crank the laces down may get some unwanted, uncomfortable pressure across the top of the their feet. One wear-tester noted, “New Balance made a faint attempt to prevent this issue by running a strip of padding along the middle of the lace channel, but to little avail. This is a design flaw I’d love to see addressed in the next generation.”

Given the weight of the Hierro v3, our wear-testers were surprised by how speedy they felt on the trail.  As one put it, “the Hierro v3 can hold its own when pushed hard in just about any terrain. It might not be my pick for a short race shoe, but it would be reasonable for many ultra distance races.” Another said it didn’t feel like a shoe that wanted to run fast, but would respond when asked to.  As he described it, the Hierro v3 feels more like a Cadillac than a sports car. The roomy upper, protective bootie, responsive foam, and comfortable fit make the Hierro v3 one of the best options in this round of testing for ultramarathons and extended hours on the trail.

At the front end, the Hierro v3’s voluminous toe box gives runners’ toes enough width to splay out naturally, but not so much room that the front end feels sloppy or loose. The toe box also has generous height, which is a common oversight. One wear-tester said the fit was his gold standard, and that the bootie and Hyposkin wrap made his foot feel locked in with almost a suction-like effect.  “Between the lacing system and reinforced overlay through the saddle, my foot was dialed in to really drive the shoe with accuracy,” he wrote. “Perfect fit. Perfect,” was how another wear-tester put it. On the other hand, runners with lower-volume feet may not get the same glove-like secure fit from the Hierro v3. Another wear-tester reported that he had to wrench the laces down so hard that he felt pressure and numbness on top of his midfoot.

The Hierro v3’s midsole/outsole combo are a wide, stable platform that helps runners feel confident in rocky terrain. As one wear-tester observed, “the full-length Vibram Megagrip outsole was grippy on wet rocks and roots, while the hex-shaped lugs provided great traction from side to side and front to back.”  The 11.9oz weight kept it from feeling as nimble as a 9.5oz or 10oz shoe, but one wear-tester wrote that for a shoe on the larger end of the spectrum, he was impressed with how nimble the Hierro v3 feels on the trail. The close-fitting upper helps prevent the sloppy, uncontrolled feel that might otherwise come with a trail shoe this heavy. As one wear-tester put it, “I wouldn’t take them out for faster efforts or anything more than lightly technical terrain, but as long as you don’t want to move quickly on steep downhills, they are a dream on descents and a cruisy pleasure ride on the flats.”

The Fresh Foam midsole is a highlight of the Hierro v3. As one wear-tester put it, “the midsole is just what I like in modern trail shoes: soft and cushioned, yet responsive and lively underfoot, especially in the forefoot.” It has all the cushioning and run-all-day feeling of high-mileage trainers, but without sacrificing a snappy, responsive ride.  “The ride is smooth, smooth, smooth. Just candy for your feet,” raved one runner on our wear-test team. Another noted that the Hierro v3 finds just the right balance between a sturdy, protective outsole and lively midsole. A stiff outsole that protects from the trail can deaden a midsole’s responsiveness, but that’s not the case here.

Here too, the Hierro v3 shines.  The integrated Toe Protect layer on the front end does just what it says, while the substantial outsole shields the foot from trail obstacles. The 30mm/22mm stack height is generous enough that the midsole doesn’t need an integrated rockplate to feel protective. The Hierro v3 doesn’t feel disconnected from the trail though, and runners can thank the lively Fresh Foam midsole for keeping that groundfeel alive. On the uppers, the Hyposkin wrap prevents dust intrusion and the integrated bootie gaiter keeps anything from getting into the footbed. As one of the runners on our wear-test team put it, “The sturdy Vibram outsole plus Fresh Foam midsole and high quality, durable uppers make the Hierro v3 very protective when running on rocky, rooty terrain and contribute to its appeal as a long distance training or ultramarathon racing shoe.”

Continue Reading
WHERE TO BUY
MSRP
$135.00
*Your purchase helps to support the work of Gear Institute.
HOW WE TESTED