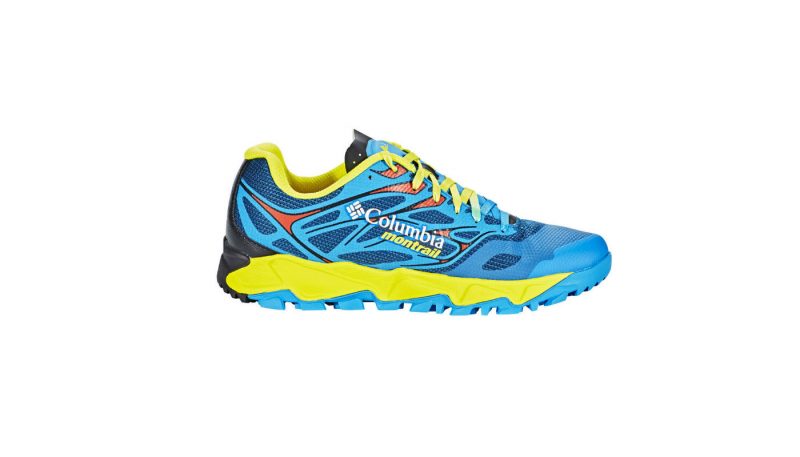 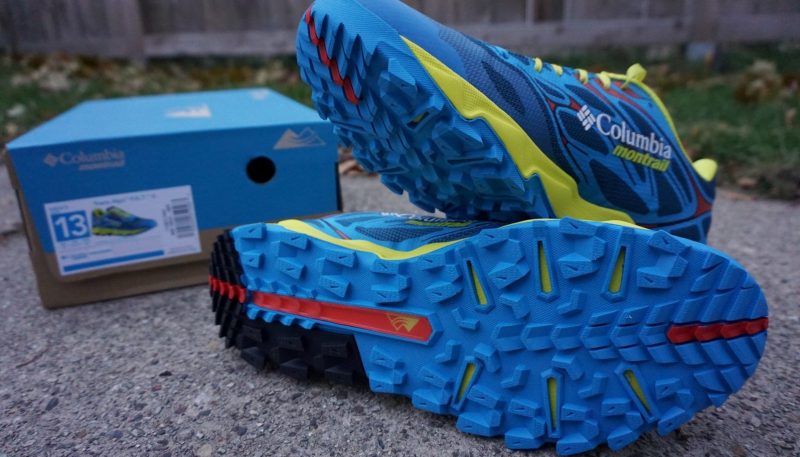 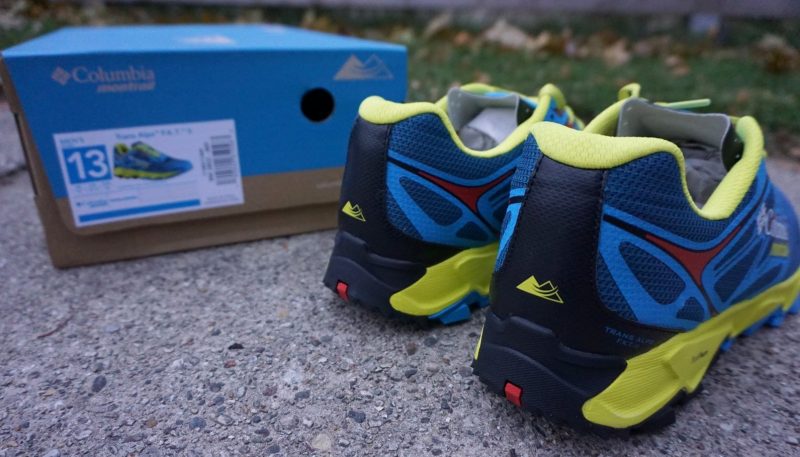 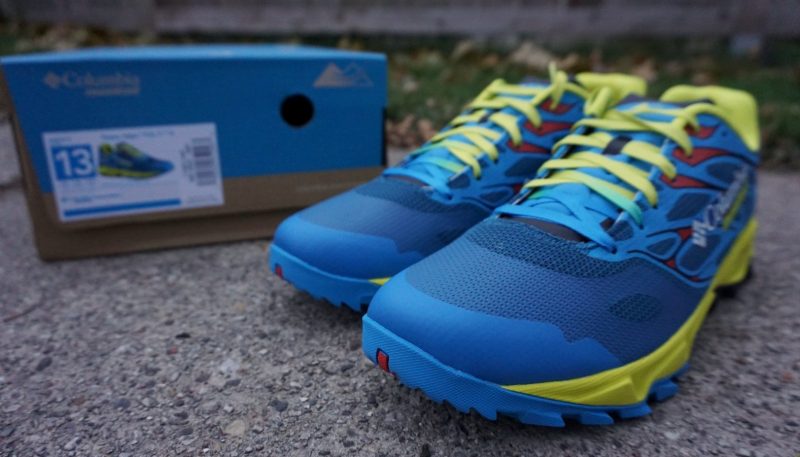 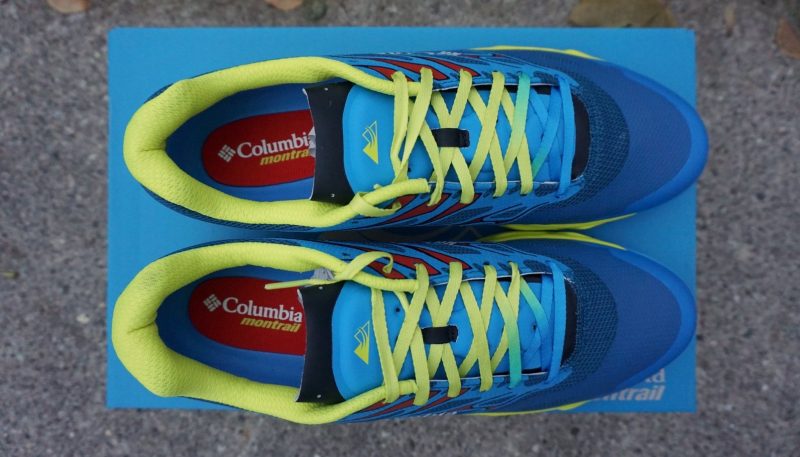 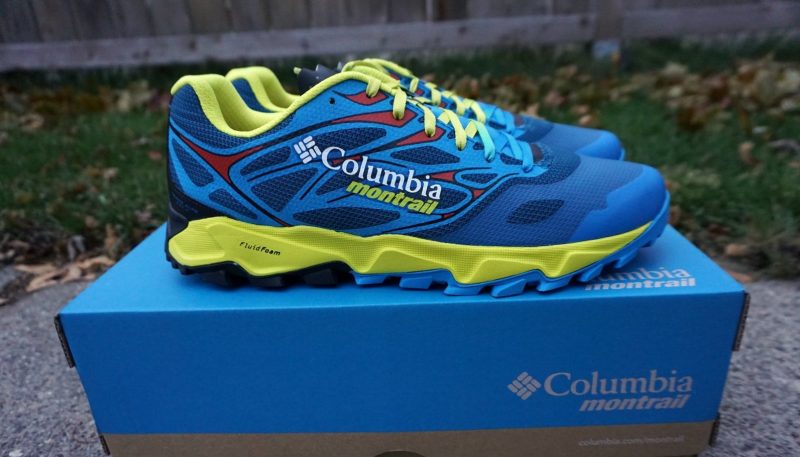 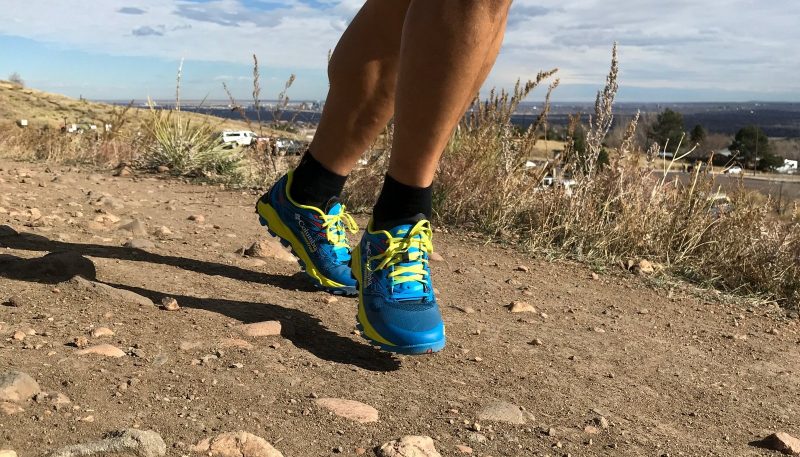 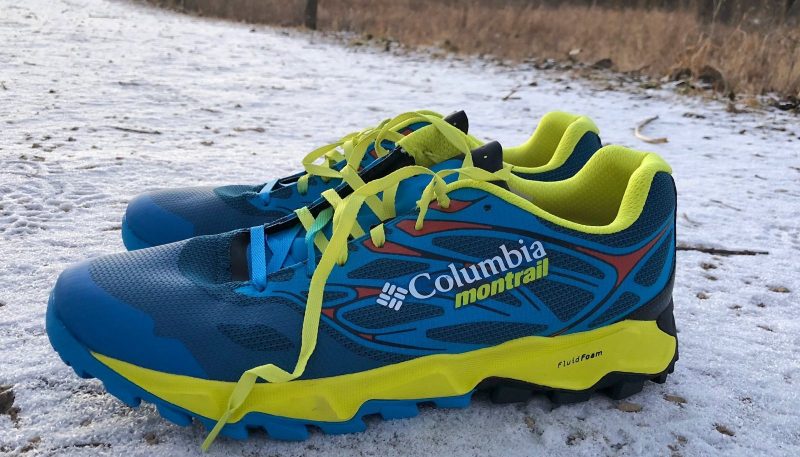 THE VERDICT
The updated Columbia/Montrail Trans Alps FKT II is a beefy, burly trail shoe that could easily double as a lightweight hiker. The substantial full-rubber outsole, full-foot rockplate and sturdy upper make the Trans Alps FKT II at home on rocky, technical mountain terrain - although those same details make it heavier than its more versatile, all-around peers like the Brooks Caldera 2 and Salomon XA Elevate. Overall, our wear-test team was impressed by the Trans Alps FKT II’s protection on the trail, but wanted to see it in a more agile, lightweight package.
FULL REVIEW

Montrail has a long, well-respected history in the hiking and trail running community, although the purchase a few years ago by outdoor giant Columbia made some fear the company would lose its way. When Columbia/Montrail introduced the original Trans Alps along with a lightweight racer named the Caldorado in 2016, many of those concerns were alleviated. The updated Trans Alps FKT II is a burly trail shoe that impressed our wear-test team with its durability and aggressive tread.  It joins a relatively large, but hard to distinguish, stable of Columbia/Montrail off-road models, including the Caldorado II, Rogue FKT II, Fluidflex FKT, Bajada III, and Mountain Masochist III. The “FKT” designation refers to a proprietary padded tongue design.

The Trans Alps FKT II’s drawbacks are its 11.4oz weight (for men’s size 9, which makes it the second-heaviest in this round of testing, just a fraction of an ounce lighter than the beefy New Balance Hierro v3). The weight combined with the stiff, aggressive sole reduce the Trans Alps FKT II’s speed and agility on the trail. As one of our wear-testers put it, “The idea that anyone could do an FKT in these is pretty funny. Maybe if there were no other known times.”

Overall, the Trans Alps FKT II is a monster of a trail shoe that might be better classified as a lightweight-hiking/trail-running hybrid. With a full-foot rockplate, 6mm lugs, reinforced mesh upper, and wraparound bumper, this is one of the most aggressive, rugged trail shoes our wear-testing team has seen this year.  Based on feedback from runners, Columbia/Montrail scaled back on some of the stitched overlays around the base of the uppers and around the toebox for the Trans Alps FKT II. The new version weighs substantially less than the original, which tipped the scales at 13.0oz. The new model is much more in line with beefy trail runners like the Brooks Cascadia 12 (12.0oz for men’s size 9) and Hoka One One Stinson ATR 4 (11.8oz for men’s size 9).

This is a shoe for serious mountain trails where there is no reason to make a compromise on traction, stability and durability to shave a few ounces of weight. Overall, the new Trans Alps is a sturdy, durable shoe for the toughest, most technical mountain trails, but unsurprisingly, it also has the weight penalty to match. Unrelated to performance, our wear-testers also noted that the Columbia/Montrail Trans Alps FKT II has a mouthful of a name. The Columbia/Montrail logo on the side of the shoe also looks awkward and clunky, since it’s literally just two company names in different fonts plastered on top of the midfoot overlays.

For a beefy trail shoe, the Trans Alps FKT II is more comfortable than our wear-test team expected.  One runner on our team said he was “really impressed with the overall comfort” and specifically mentioned the well-padded tongue and heel collar. Another noted that the “cushion is comfortable, but the upper is a thin and wrinkly canvas-like mesh with too much extra material.”  Additionally, two of our wear-testers were concerned about the heat-bonded film overlay across the toebox. It didn’t bother them when standing still, but when the front end of the shoe flexed (as it does every stride), the film folded and pushed the overlay down onto the top of their feet.

The Trans Alps FKT II makes compromises for better protection, and speed is one of the sacrifices. As one of our wear-testers concluded, “you can run in them, but these shoes are on the heavy side and better suited for hiking.” Another runner on our team agreed, explaining that, “I wouldn’t classify them as quick – too heavy for that. Getting them up to speed felt like a chore.” Other wear-testers thought the Trans Alps FKT II felt lighter on the trails than they expected it to based on the scale weight, and one noted that “the transition of the midsole was really smooth and natural feeling.”  Overall, the Trans Alps FKT II seems best suited for “slower mountain running, where protection and structure really matter”.

The Trans Alps FKT II has a well-structured upper that cradles the foot securely. The previous iteration had a stitched-on overlay around the entire base of the upper (connecting it to the midsole) and a substantial toe bumper, but this new version replaces all the stitched on pieces with lighter, less obtrusive heat-bonded overlays. The new version doesn’t fit any less secure, but weighs substantially less. Our wear-testers had some concerns with the toebox and laces however. Multiple runners on our team thought the toebox tapered too narrowly and pinched their toes. There was also near-universal criticism of the thin, ribbon-like laces. Our wear-test runners said they were too short, felt thin and cheap (especially on such a burly shoe), came untied frequently, and didn’t hold the foot securely.  “The laces are downright awful,” concluded one of our wear-testers. “I wouldn’t buy these shoes simply for that reason.” Laces are one of the primary contact points for runners, and it’s important (and easy) to get them right.

The rugged outsole is one of the Trans Alps FKT II’s highlights. With a variety of lug shapes and depths placed edge-to-edge across the shoe, the outsole is built to cover a lot of different terrain. The toe and heel have scoop-shaped lugs pointing opposite directions, which put the traction right where you need it on steep climbs and descents.  As one of our wear-testers noted, “The aggressive outsole would chew up a wide variety of trails with ease.” Another noted that the lugs aren’t spaced far enough apart for loose ground or snow, but can handle multiple types of hardpack, rocks and roots. However, the heavy weight of the shoe and a clunky-feeling heel kept some of our wear-testers from feeling as confident as they wanted on technical terrain.

The Trans Alps FKT II uses Columbia/Montrail’s proprietary FluidFoam EVA midsole material in a relatively well-cushioned package (29mm rear stack height, 21mm forefoot). Our wear-testers thought the midsoles felt comfortable and soft, but somewhat stiff. The Trans Alps FKT II doesn’t feel as lively or energetic on the trails as other shoes in the test. One of the runners on our wear-test team noted that the difference between the Trans Alps FKT II’s FluidFoam midsole and the New Balance Hierro v3’s FreshFoam midsole was like night and day.  One wear-tester captured the group’s consensus with, “adequate at slower to moderate speeds, but not at all responsive for faster running or racing.”

Here’s where the Trans Alps FKT II was designed to shine, and it does.  “Top notch protection on even the most rough and challenging terrain,” praised one of our wear-test runners. Another noted that “the midsole, rockplate, and aggressive outsole are burly enough for even the roughest Colorado trails.” The Trans Alps FKT II is one of the only trail-running shoes in this round of testing with a full-length rockplate embedded in the midsole, which is a nice feature for runners who need serious protection from trail obstacles. There were some concerns with the durability of the outsole though, and one wear-tester thought that a third-party rubber like Vibram would be a better choice than the relatively soft proprietary rubber.

Continue Reading
WHERE TO BUY
MSRP
$130.00
BEST DEAL
$108.67
*Your purchase helps to support the work of Gear Institute.
HOW WE TESTED