Hoka One One Evo Mafate Review 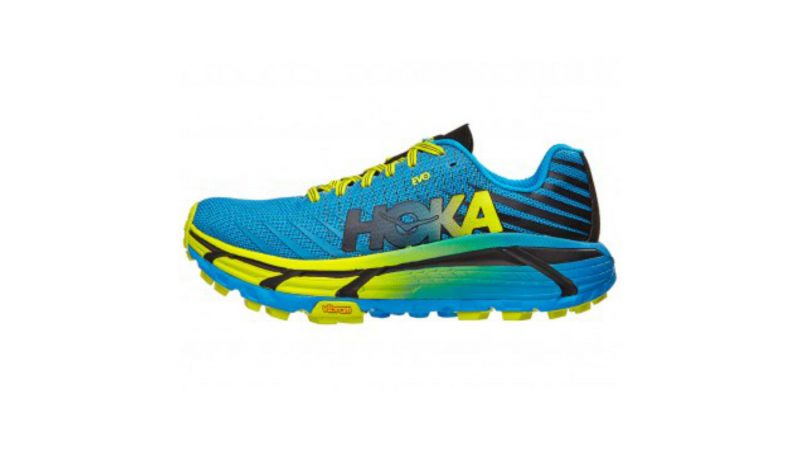 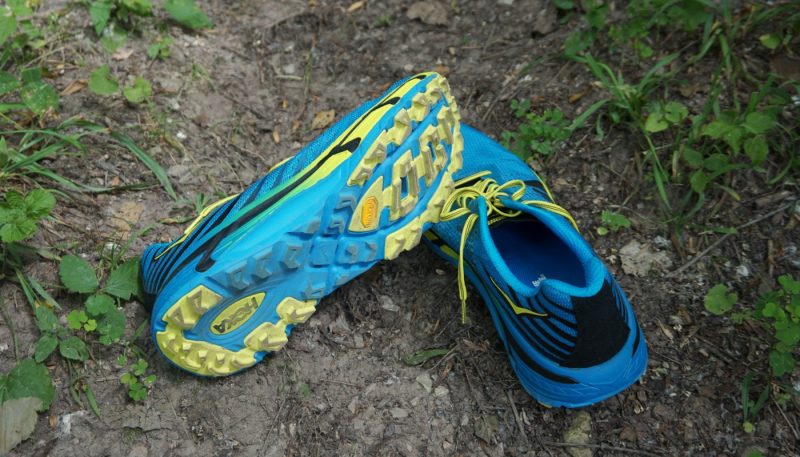 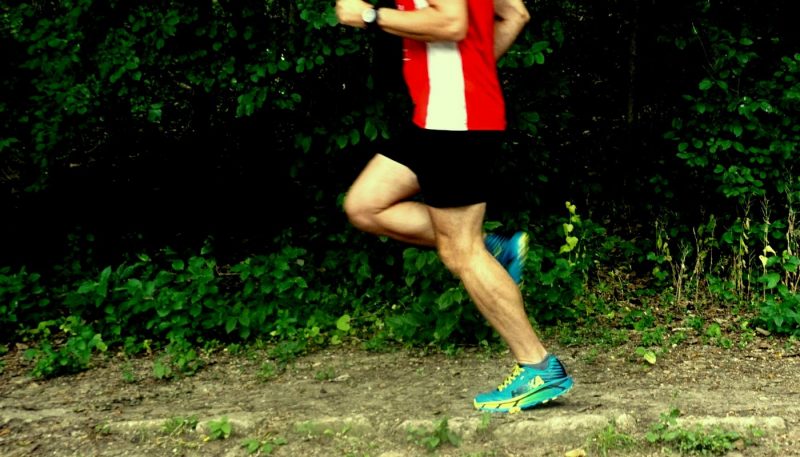 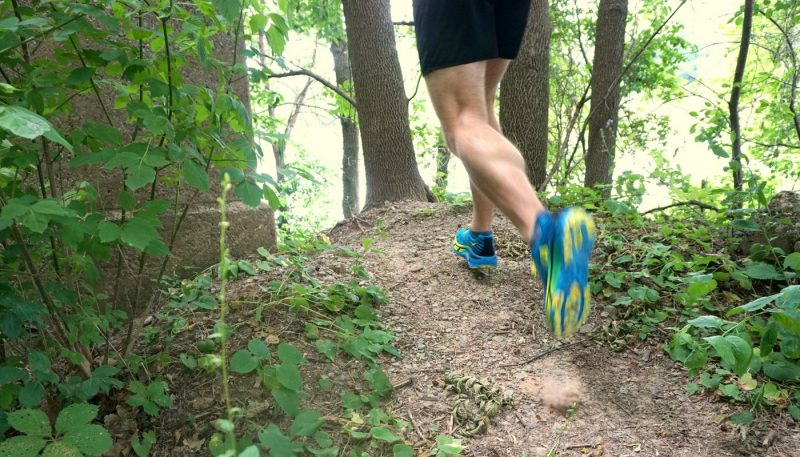 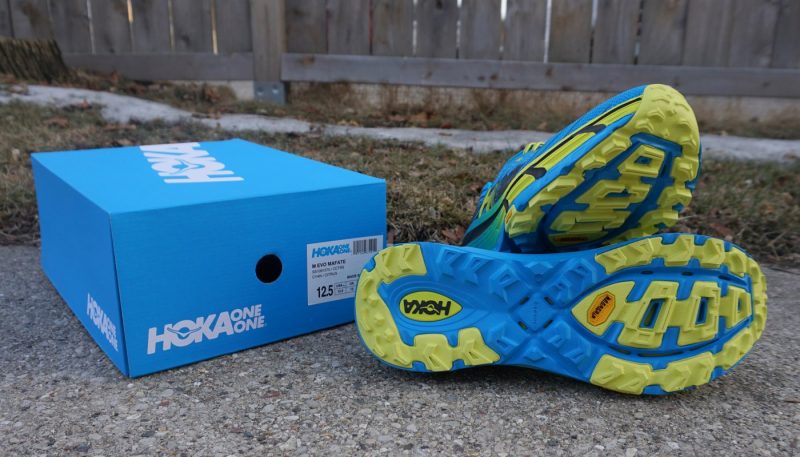 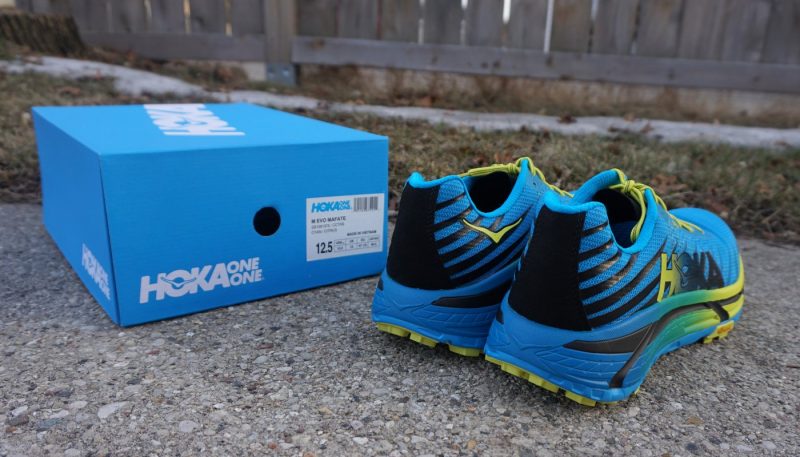 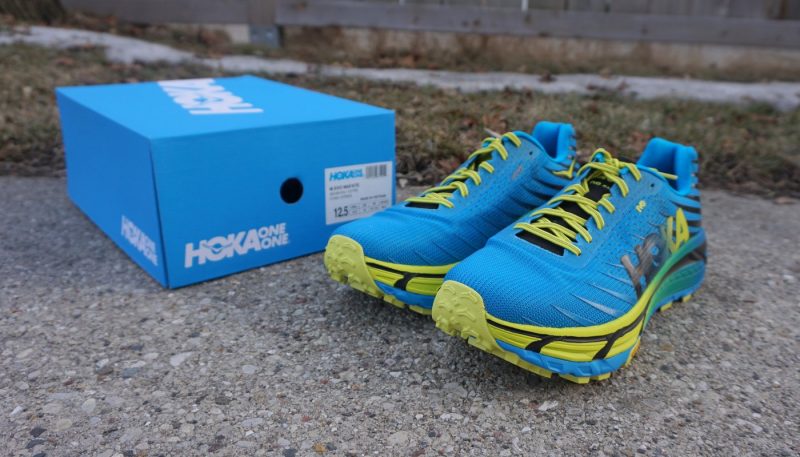 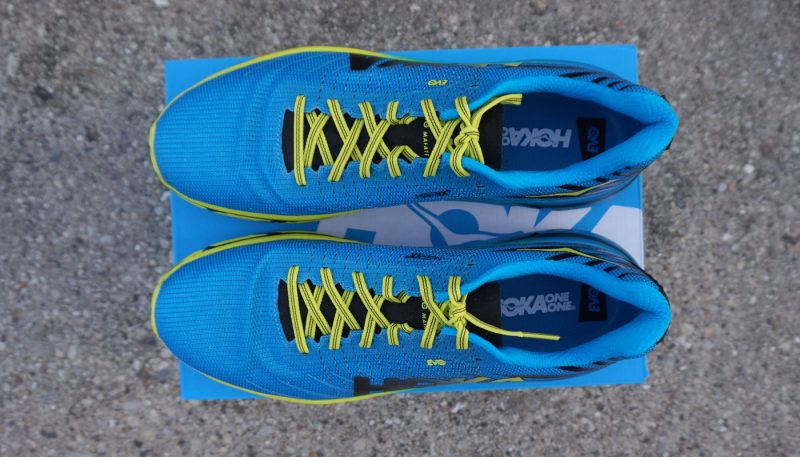 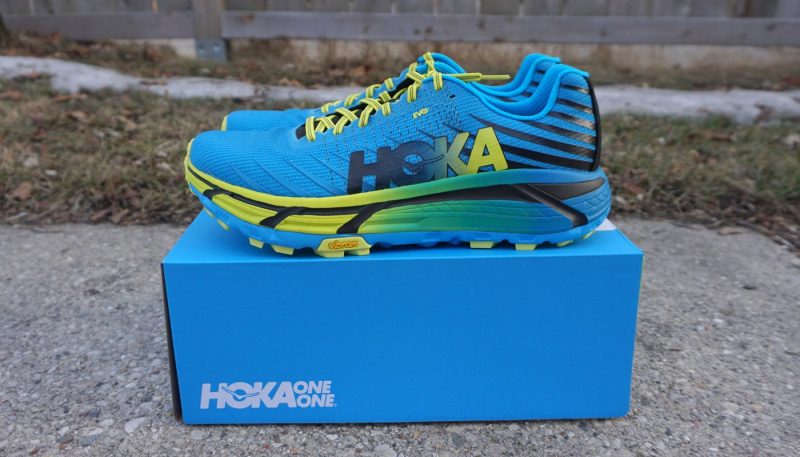 THE VERDICT
The Hoka One One Evo Mafate is a lightweight, fast, and maximally-cushioned shoe that’s ideal for ultramarathons and other long-distance trail running. It’s a ground-up revamp of the Mafate Speed 2, with a new midsole material and completely redesigned upper. Our wear-testers were impressed with the level of lightweight, responsive cushioning and the Evo Mafate’s agility across a range of terrain and trail conditions. There were some concerns about the fit and materials of the upper and a few runners noticed small rocks getting caught in the outsole, but overall, our team was very impressed with this shoe.
FULL REVIEW

The Hoka One One Evo Mafate keeps what trail runners liked about the model it’s replacing (the Mafate Speed 2), but gets a revamped upper and responsive new midsole material. Overall, the result is an agile, maximally-cushioned trail runner that is also the lightest shoe in this round of testing. At 9.6oz (for men’s size 9), it’s as light as some road shoes, but it comes with a max-cushioned midsole (34mm rear stack height, 30mm forefoot) and aggressive Vibram outsole with 5mm lugs.

Our wear-testers praised the Hoka One One Evo Mafate’s responsiveness and agility. As one team member observed, “the Evo Mafate has quick turnover without any of the clunky feel that other maximum cushion shoes have.” The deep sole protects from trail obstacles without needing the added weight of a midsole rockplate. Another wear-tester praised the Hoka One One Evo Mafate as “a trail shoe that could help you cross the finish line smiling.” As she put it, the shoe is lightweight and well-cushioned without sacrificing stability, control or traction. The Mafate’s overall low weight and protective, responsive midsole make it a terrific choice for ultramarathons. It’s no surprise that it’s the shoe Jim Walmsley wore to win (and the set the new course record) at the 2018 Western States 100. Presumably Walmsley could have asked Hoka to create a custom model specifically for his preferences – but instead, he raced in the Evo Mafate.

Our wear-testers found the Hoka One One Evo Mafate comfortable straight out of the box and on the trail. One even reported that they were so comfortable when he put them on that he immediately used them for his 15-mile trail run. Our team praised the cushioned midsole, which was plush, comfortable, and wide enough that no one felt like they were tottering or unsteady. Reactions to the knit upper were mixed. To shave weight, Hoka One One built the Evo Mafate with a proprietary “Matryx” knit, which is densely woven with Kevlar. This provides structure and support without the need for stitched-on or heat-bonded overlays. Our wear-testers appreciated that the simple knit meant there were no hot-spots or rubbing from stitching. One observed, “padding in the sides of the shoe and the flexible upper round it out and make it supremely comfortable.” However, some of our wear-testers were also concerned about the upper being too stiff, especially for the first 30-40 miles of break-in. As one reported, “while the Kevlar bands woven into the upper provide good structure, they’re on the rigid and unforgiving end of the spectrum.”

Some trail runners still perceive maximally-cushioned shoes as sluggish, unstable and only suited for easy jogging on smooth trails. The Hoka One One Evo Mafate ought to put those perceptions to bed. As one of our wear-testers noted, “they have quick turnover without any of the clunky feel that other maximum cushioned shoes have. Great toe-off and forward propulsion.” Another described them as, “an absolute pleasure to run fast in (and light enough to do so).” The rocker-designed midsole and lightweight design make the Hoka One One Evo Mafate feel speedy, not sluggish. At the same time, they also run well at slower speeds – unlike some performance shoes that only shine at a 6-minute pace. One wear-tester gave this high praise: “These shoes didn’t feel like they dragged me down in any way and I could fly across mixed trail conditions.”

Our wear-test team thought the Matryx knit uppers felt reasonably secure overall, especially given the simple design. One noted that the heel cups wrapped nicely around the achilles and prevented heel slip, which can often be an issue with maximally-cushioned shoes and inflexible soles. However, the stiff knit material also doesn’t stretch, and a couple of runners on our team reported that they had some trouble getting the shoes locked down as well as they wanted. “A little too stiff to be a glove-like upper,” is how one the runners on our team put it. Our wear-testers also noted the short tongue, which doesn’t extend past the highest row of lace holes. Runners who use heel-lock lacing may find their knot slipping above the tongue up to the front of their ankle.

The Hoka One One Evo Mafate has a Vibram MegaGrip outsole with 5mm lugs, which is so durable and versatile that it ought to be the industry standard for everything but niche trail shoes. As one runner on our team put it, “the deep lugs provide excellent traction in most circumstances and for the longest days on any surface, including rocky and technical terrain.” A couple of our wear-testers were concerned about a maximum-cushion midsole feeling confident on technical trails with rocks and roots, but reported that the Hoka One One Evo Mafate was light and agile enough that their concerns mostly disappeared. As one put it, “I was pleasantly surprised that the thick sole didn’t hamper my ability to navigate trail obstacles.” Another noted that she felt confident on technical climbs and flats, but distrusted the shoe on challenging descents.

The Hoka One One Evo Mafate gets a big midsole material update from the previous Mafate Speed 2, which used Hoka’s R-MAT foam. The new Hoka One One Evo Mafate uses a brand-new midsole material called R-BOUND, which Hoka One One describes as a proprietary blend of traditional EVA foam and rubber. The result is an midsole that feels lightweight and responsive, despite being far and away the thickest and most cushioned in this round of testing. The Hoka One One Evo Mafate’s midsole was described as “incredibly responsive” and “the perfect balance between protective and springy” by our wear-test team. Aggressive Vibram outsoles can help trail shoes perform well on technical and slick terrain, but in some cases, that can leave the shoe feel flat or dead on smooth trails (a concern our wear-testers had about the Inov-8 RocLite 320, for example). According to our wear-test team, “the Evo Mafate responds well when you want to go fast on non-technical terrain too.”

The combination of the Hoka One One Evo Mafate’s densely-knit uppers, well-cushioned midsole and Vibram outsole eliminate the need for some traditional protective features like an embedded rockplate or stitched-on toe bumper. As one wear-tester observed, “The stack height is about as maximal as they come, so there is a lot of protection from even the hardest impacts.” Our runners also praised the Matryx knit uppers for being durable, protective and resistant to trail intrusions. They noted that the dense upper material “seemed to keep water out relatively well” and “is resistant to punctures from sticks and other sharp objects on the trail.” A couple of our wear-test runners reported getting objects stuck in the outsole, however. One reported that the, “small, deep grooves in the outsole collect rocks very easily,” which can be frustrating and annoying to clear out on the trail or in the middle of a race.