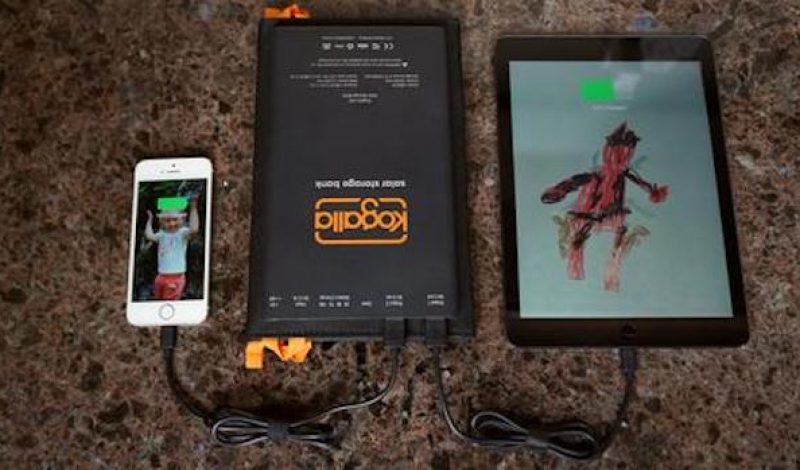 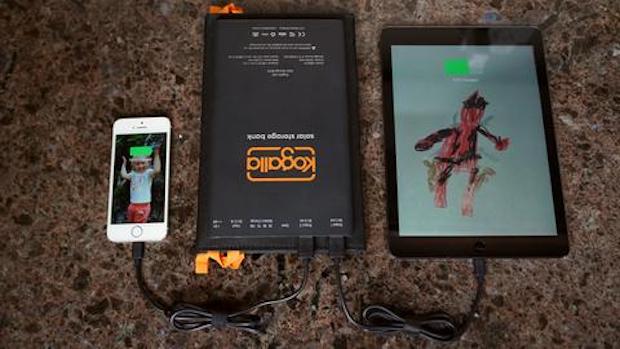 Over the past few years, compact, portable solar panels have become a popular method for keeping our electronic gadgets charged while living off the grid. Whether you’re on an extended backpacking trip into the mountains, visiting a foreign country, or simply having to make do without power for a period of time, a lightweight solar panel can provide some extra juice to your mobile devices in a pinch. But if you’ve ever used such a solar panel, you probably know the best way to collect as much power from the sun as possible is to connect it to a USB battery pack, which can store the energy for use at a later time. That’s why companies like Goal Zero and Enerplex are happy to sell you both the solar panel, and the battery pack as well. But a new product seamlessly merges those two devices, creating an easy to use, all-in-on solution for charging on the go.

The Kogalla Solar Storage Bank features four fold-out solar panels that are capable of generating as much as 22 watts of power when placed in direct sunlight. That’s an impressive amount of power for such a small, easy to carry device. Better yet, the Kogalla also features auto-restart technology that allows it to automatically begin collecting energy from the sun if the process is interrupted by passing clouds. Most portable solar panels will stop functioning if that happens, although this one will recognize when the sun has returned, and continue generating power on its own. 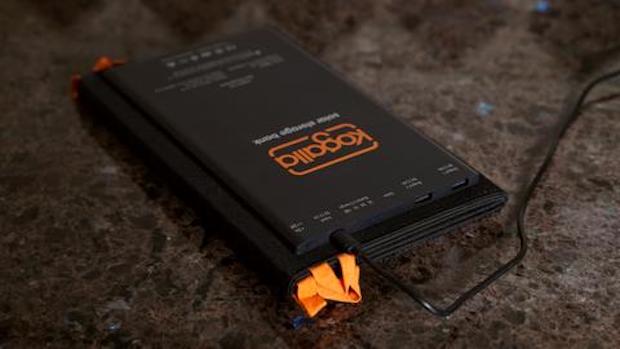 That power is then stored in the Kogalla’s onboard 10,000-mAh battery, which features two USB ports to charge multiple devices at once. This makes this product a good solution for anyone who needs to keep small electronic gadgets charged while on the go, as you can simply open up the solar panels, place the Kogalla in direct sunlight, and walk away, without having to plug anything in or worry if the device is functioning properly. When you return, it will have gathered as much power as possible – even in low-light conditions – and stored it in the battery pack for use at anytime, even after dark.

When folded up, the Kogalla has a surprisingly small footprint, making it easy to stuff into a backpack or duffle. It also weighs just 28 ounces, which is more than the portable solar panels offered by the competition; most of which don’t include a built-in battery pack however. Plus, the Kogalla also includes four distinct solar panels, which allows it to collect more energy than some of the other units we’ve seen so far too. This combination of features should prove efficient and simple to use when deployed in the field. 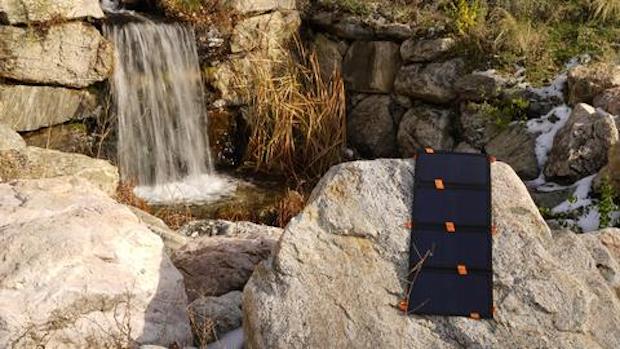 Priced at $240, the Kogalla isn’t an inexpensive solar charging option, even if it is a simple and convenient one. Similar options from other manufacturers certainly cost less, but again, in most cases you’ll have to add a separate battery back to the equation. A USB battery pack with the same 10,000 mAh capacity isn’t hard to come by however, and they aren’t especially pricey either. That said, the Kogalla offers a solid value in that you get everything you need in one package, there is no need to wire anything to the solar panels themselves, and the 22 watts of power it is capable of producing is fairly impressive. Yes, you can match the performance of this device using other products, but it won’t work quite so neatly, nor be so easily packable. That level of convenience is certainly worth something to frequent travelers.

Find out more at Kogalla.com.