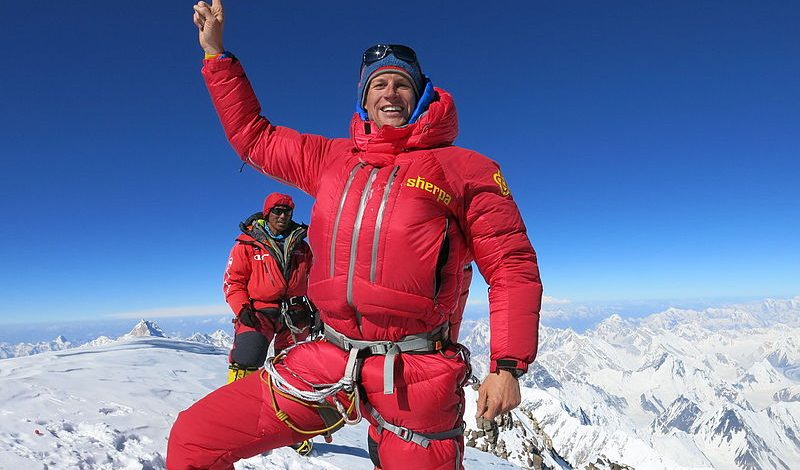 Garret Madison, a Seattle-based climbing guide who has guided 60 clients to the summit of Everest since 2009, called off a fall expedition to the same peak due to a serac hanging almost 3.000 feet above the Khumbu Icefall. This past March, Zac Bookman, CEO of Silicon Valley’s OpenGov,  filed a suit against Madison, seeking $100,000 for breach of contract and fraud. Although Bookman signed a standard waiver that acknowledges that no summit or expedition is guaranteed, and refunds are not issued, Madison still has to defend himself and filed a countersuit in August. If the suit amount is awarded, Madison claims it would bankrupt him. Some worry that it would set a dangerous precedent, potentially affecting decision-making by guides for fear of legal repercussions.

Madison and Bookman, with three other clients and the Madison Mountaineering (Madison’s guide company) team, including nine Sherpas with 100 summits between them, arrived at Everest Base Camp (EBC) on September 15th, 2019. But on September 21st, Madison’s crew discovered the hanging serac. One of the two other teams at EBC used a drone to get a detailed look and estimated the block to be 15-stories tall.  This was a gut-wrenching find for Madison, who in April of 2014, lost three members of his own team to a smaller serac that fell onto the Khumbu Ice Fall and spent two days recovering their bodies. 16 Sherpas working in the Icefall were killed. “That wasn’t something I was willing to risk again,” says Madison.

The next morning, two clients, Tim Emmet (Mountain Hardwear athlete) and Joe Vernachio (Mountain Hardwear president) decided to abandon the expedition. Emmet says, “It was unfathomable that the serac was still hanging there. That’s how precarious it was. There was no way I wanted any part of putting climbers or workers at risk.” Vernachio claims, “We chose safety over ego.” Bookman wasn’t present and was shocked to discover later the Mountain Hardwear clients packing it in. Madison expressed that the team and remaining clients would wait and see if the serac fell, potentially opening a summit bid.

During the week, Bookman and Madison visited the two Polish teams at EBC, including Andrzej Bargiel, who made the first ski descent of K2 in 2019. World-renowned ultrarunner Killian Jornet was also on the mountain. The serac remained a serious concern, and the two Polish teams eventually abandoned summit hopes. Jornet did make two trips through the Icefall but also abandoned due to avalanche conditions higher up Everest.

On September 26th, Madison claims Bookman became upset and aggressively demanded to make a summit attempt or receive a partial refund of his $69,500 fee, threatening a lawsuit. On September 29th, Bookman flew home while Madison stayed in EBC to see if the serac fell in time for Bookman to return for a summit bid. Madison also offered to guide Bookman up a different Napalese peak or Everest again later. By October 6th, Madison pulled the plug entirely, deciding that the weather window would close regardless of the serac.

Bookman claims Madison verbally offered a partial refund in EBC and again in October from his home, thus generating a breach of oral contract. Bookman also denies demanding a summit attempt or threatening to sue. Bookman’s suit claims Madison lost the incentive to take clients to the summit due to Vernachio being unfit and quitting (he arrived at EBC an hour behind the others on approach), and that the Madison Mountaineering Sherpas were “clearly lazy and inefficient,” which may have added another reason to cancel. Currently, legal matters are on hold, as a California judge granted a motion to dismiss and instructing Bookman to file the suit in Washington, where Madison Mountaineering is incorporated.

Legal experts state that it is rare for breach of contract suits similar to this case to prevail, assuming the waiver is well written, but the guide must still defend themselves, suffering financial losses. Madison, fortunately, found pro-bono representation by a former guide turned attorney, Doug Grady. But civil lawsuits are still devastating for the defendant, and Madison is suffering the burdens for what he considers applying the best judgment. “Nearly all my clients tell me that I’m here with you so I can make it home safely,” says Madison.

“If a guide takes risks, she normally wouldn’t for fear of legal punishment, that’s dangerous for the guides, the clients, and on high altitude mountains, anyone else on the route,” says former Everest guide Luis Benitez. “It isn’t in anyone’s interest to have a guide potentially weighing fear of being sued when making decisions about the safety of a climb,” adds Leah Corrigan, an attorney specializing in outdoor recreation.

Gear Institute will keep an eye on this case and report its findings.