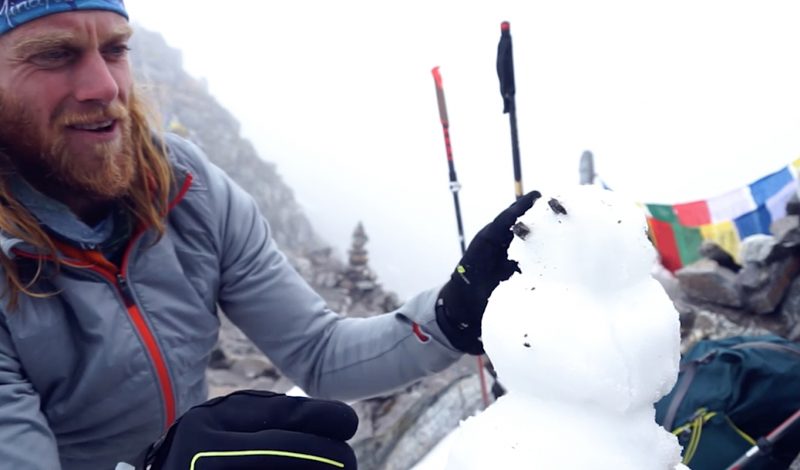 Ben Clark has been pushing the limits with combining adventuring with ultra running for years. In his home state of Colorado he’s been pursuing big objectives like the Nolan’s 14 line (traversing 14 summits each standing over 14,000 feet in 60 hours). His latest project brings him home from Bhutan where he and two other ultra-athletes—Anna Frost and Timothy Olson—set a new Fastest Known Time (FKT) of the Snowman Trek. Previously done in 19 days, Clark and his team did it in 15 days covering 188.5 miles and going through 11 16,000-foot mountain passes (some over 17,000’). It’s typically done in 25-30 days.

Clark carried camera equipment along the way to document the effort and the full film was released in over 400 theaters in May and is now available on iTunes, Amazon and other major platforms. We connected with Ben, who directed the film, to get some of the inside scoop around the gear used on this adventure.

What companies, if any, provided gear and/or sponsored this trip?

Clif Bar, Zippo, Leki, Osprey, Patagonia, La Sportiva, Jaybird, The North Face, Salomon and Feetures all sent along some product for our use.

What piece of gear do you wish you had with you?

One of the lessons I learned, in the very hardest way, was that you should always get a gear list from your outfitter. It had never really occurred to them to send us one as they must have assumed no professional athlete team would ever really come over with running shoes only. Two out of four of us had already spent a week on the trail and hadn’t needed boots yet. We all just brought running shoes and no boots. As it turns out, we should have had either knee high rubber Muck Boots or a shorter rubber boot with a bomber gaiter.

What was your favorite piece of gear?

Dedicated sleepwear. Our sleeping bags got a little damp after the days of wet and having a dry jacket, dry sweatpants and dry socks to buffer from the dampness made for a much more comfortable time falling asleep—which frankly, didn’t often take very long.

What footwear did you use?

Footing on the trail was insane and variable due to constant moisture. The only shoe that actually worked was the La Sportiva Crossover 2.0 GTX, and we tried a number of different shoes. Of course, on day one, if you look close on the film you’ll see I’m cruising in a pair of brown Clark’s desert boots. Yeah, whoops. Packing in a hurry the night before to send all our gear ahead to the trail, my runners were in a duffel bag and I hiked the first 10 miles over boggy rocks and moss in those Clark’s boots. From there the aggressive cleat and overboot of the Crossover GTX were like a speedboat in a canal rather than a barge in a stream.

What camera gear did you use?

Part of the struggle of documenting adventure films in the past was always the capture. Good cameras don’t have to be big but that do have to be appropriately set up, used and mildly cared for. I ran with two cameras for most of the trip: α7 II and RX100 IV. I only used a tripod once. Check out the detailed camera interview at Alpha Universe. We also had four Goal Zero Sherpa 100’s with us and those kept everything charged up including the drone. We never had a chance to plug the 100’s into the solar panels we brought so I’m glad it lasted the way it did.

How did you haul all that gear on such a fast trip?

We had 21 horses on the trip and a lot people have comments about that when they see the film trailer. Most of the time horses and mules are transporting cargo and goods to and from villages instead of expedition gear.  Pack horses and mules regularly travel the trails of The Snowman Trek. In the film trailer you see them doing it in conditions that happen out there, that our whole team encountered, that those horses had seen before. It gets a reaction! Remember, if there are no roads connecting villages, horses and mules are a common means of transportation for people and goods. I encourage anyone to do your best to lighten the load and dependency on animals.

Typically I wore a Patagonia Capilene baselayer t-shirt, and Nine Trails shorts. We were only able to be in our shorts for the first two days. Then the weather got bad and I had a pair of Patagonia Windshield pants on over my shorts (in the hopes it might get nice out again… it didn’t). Then over the base layer I had the options of a fleece vest and some sort of softshell or the Patagonia Torrent rainshell. I carried an Osprey Duro 18L and also had my camera gear to shoot along the way and Leki Poles in hand. We also carried two liters of water, our lunch and snacks. Lunch was typically a boiled potato and some sort of mango drink. Snacks were various Clif Bars. On the bookends of the day we started with a breakfast of fried rice, baked beans and maybe some eggs when available. For dinner, it was more fried rice, some sort of protein and veggies like mushrooms or canned greens. Sometimes we got another potato and some sort of cheese sauce. All of us ended up around 20 pounds lighter at the end from the calorie deficit from the effort we were making.

What was learned from the medical emergencies on the trip?

There is no good protocol in the middle of night when someone has pulmonary edema and evacuation from elevation is not possible. Anna Frost deserves more credit than she gets in the film for caring for Chris Ord when he became ill and had to be helicoptered out. Anna’s diligence that night monitoring Chris is a big reason the outcome and his recovery was possible. No one wants to be tested by the elements, but at some point everyone is. Take the time to get certified with a WFR or WEMT if you plan to do international expeditions regularly. Join the American Alpine club and get their rescue insurance.

Check out the full film on iTunes. 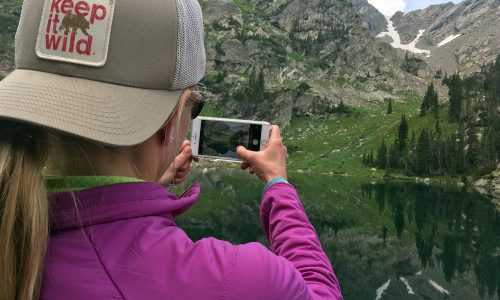