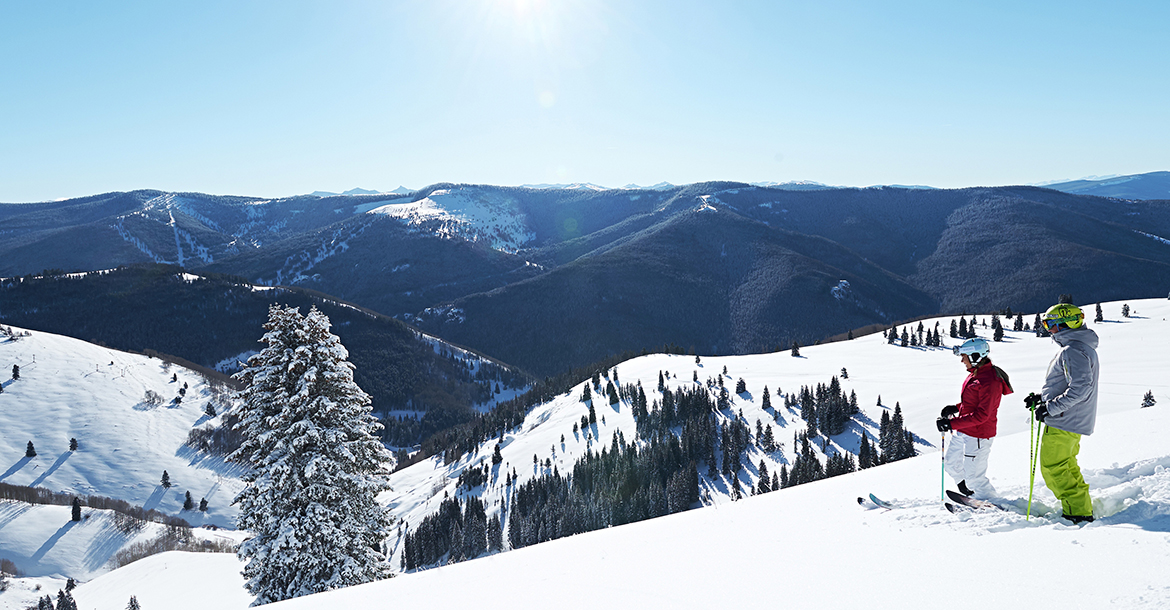 Vail’s CEO and chairman of the board, Rob Katz, has been called “The Most Powerful Man in the Ski Industry.” He’s led the company in the acquisition of ten of its 15 holdings, which include Whistler Blackcomb, Beaver Creek, Breckenridge, Northstar, Kirkwood, Afton Alps, Mount Brighton (MI, not UT), Keystone, Heavenly, Canyons, Park City, Perisher, Wilmot, Stowe, and, of course, Vail. He also helped usher in the era of the super-pass, yearly ski-passes that allow access to all the resorts under the Vail umbrella, at a steep discount. Under his watch the company has become the proverbial juggernaut of the ski industry, a position that comes with requisite praise and condemnation.

This past November, Powder magazine reported that Katz and the Vail Employee SuperPac have financially supported Republican politicians who deny global warming. A fact that Katz, a registered Democrat, says fails to properly consider the nuances of making change happen. Since then he has publicly denounced President Trump’s decision to back out of the Paris Agreement. And in July, Vail Resorts announced that the company has committed to a zero net operating footprint by 2030.

We caught up with Katz from Vail’s corporate headquarters in Broomfield, Colorado. 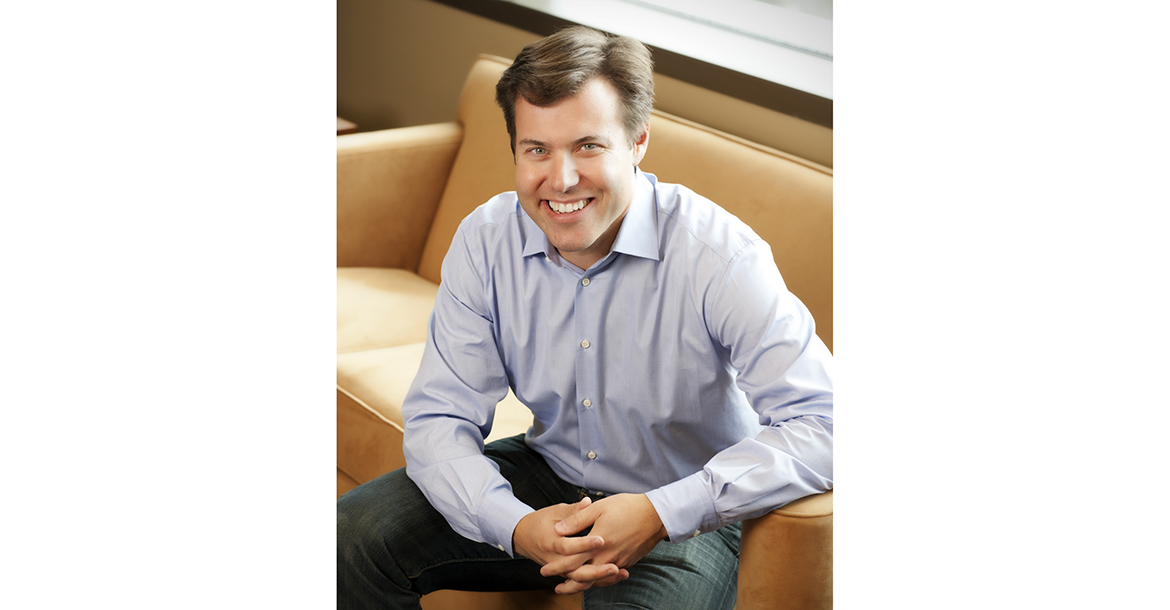 GEAR INSTITUTE: Let’s go through each one of these commitments and what they mean exactly.

KATZ: The net zero emissions means we’re essentially going to have a net zero emissions profile, carbon emissions primarily. We have to reduce our energy use, that’s one way you would get to that. The second is the power you buy, the percentage of the green and renewable power that goes into that. The third is to go out and buy your own green power. For certain fuels, like gasoline and diesel you’d have to offset whatever you use. There are number of ways to do that, but in our case we’ll focus on reforestation. On a net basis, the goal is to have a zero carbon footprint.

For the net zero waste to landfill, right now we have a 40 percent conversion rate, and our target is to get to 50 percent by 2020. That means that 50 percent of our waste goes somewhere else, other than a landfill. In many ways getting to zero on that is more challenging to getting to zero on net emissions. Getting to a 90 or even a 95 percent diversion ratio is a very very aggressive goal. Getting that final five or ten percent will be quite challenging. But that’s what we’ve set our sights on, and that means working with our trash haulers and our local compost program.

The last piece is net impact on the forests. What that means, if we are going to do something at one of our resorts, lets say expanding ski trails, and we’re impacting the forest. We’re committing to whatever we do — having the least impact possible. Whatever residual impact is left, we’d go out and replant trees in our forest to rehabilitate the forest.

KATZ: We were looking at the kind of progress we could make internally on our energy efficiency and how fast we could do that. We were also looking at the progress we thought we could make with local utilities, and at the pace that new renewable energy was being brought into our local grid. And then the timeframe on doing our own power purchase agreement. How long it would take to get wind power plants or new solar plants or arrays online. When you combine all that to get from where we are to full 100 percent reduction in net emissions I think we felt like that was the right timeframe. We set an interim goal of getting of to 50 percent by 2025.

Is it an audacious, aggressive goal?

How far off are you?

KATZ: It’s all relative in many respects. Since 2008 we’re reduced our electric and natural gas usage through efficiency and usage by about 19 percent. If you look at that you could say ‘you guys are making good progress.’ Which, I think we are. But on the other hand you could say we have a long way to go.

We feel like we’ve got, in terms of efficiency, we’ve already that kind of 19 percent number, we have another 50 percent number we could get. If you add those two together, through efficiency maybe you can reduce somewhere in the 40 to 50 percent range. Beyond that you have to start getting new green energy onto the grid and buying new green energy yourself. Those two things are certainly things we can do, but they are more in the unknown. As big as our company is for our industry, we’re not like some of the companies out there that would be 10 to 30 times our energy [usage].

When did you start this initiative?

KATZ: It goes back all the way to 2008, when we really set that original goal to reduce our energy use by 10 percent, and we achieved that in 2011. And we set another goal to reducing our use by another 10%. Now we were at 9 percent of that 10 percent, we started saying, ‘what’s next?’ Over the last 12 to 18 months we started to think, oh maybe we’re big enough now. You have to be at a certain size or you can’t even do a power purchase agreement. People won’t even talk to you, so for a smaller company that makes it a little bit harder. For us bringing Whistler on board, and we just bought Stowe, we started to say, wait a minute, we now have a global footprint and a size and scope that we think we can make a pretty big difference here.

Were there any examples at your resorts of changing climate that scared you or were defining moments?

KATZ: No not at all. We’ve been seeing greater weather variability over the few years, but what our company does on a stand alone basis, is certainly something that addresses climate change on it’s own. For us and people that work at our company, the concerns we have are much larger. We also see this as, it’s just smart business. We think it’s doing the right thing, and it’s just smart. We’ve been doing this since 2008, how do we reduce our waste, how to we use less resources.

The green energy piece of it is we feel like locking in long-term, pretty attractive cost, is also smart. We think that protects the company, we think that protects the environment. For many of the reasons you see so many people moving forward on these types of efforts. The environment is our product, it’s our business, it’s our passion. Any time we can align the right thing to do for our business and the right thing to do for our environment, we’re going to go all in.

What have been the biggest roadblocks thus far?

KATZ: The biggest challenge is the electrical grids that we operate in are barely regulated and many of our resorts can only buy electric from very specific utilities. It’s not like you go to the supermarket to choose from 20 different suppliers. But, now we are of a size and scope that we can potentially go out and bring a new wind power plant online. But even that takes time. The road blocks are really, unfortunately, the timeframes that are needed.

Are you challenging each resort individually to get to zero, or if, say, Whistler is outperforming is this an average of them all?

KATZ: We’re going to challenge each resort individually to reduce their energy use, but the overall it is a company wide commitment. Some of our resorts start off at a better spot than others, depending on their local electricity grid and how much they’ve already accomplished in energy efficiency. We view this very much as a team effort.

Will this initiative raise ticket prices?

KATZ: No. We think, long term, this is a net positive financially. We actually think, the more we stare at this, that this is a long-term, smart business decision and that has nothing to do with ticket prices. We do allocate resources to it, we have a whole environment team, plus a corporate team that focuses on this. We’re going to have to increase what we spend in that area, obviously for the monitoring and helping to implement a lot of this. Again, this is where our size and scope gives us more of a responsibility to do this and the ability to do it.

According to the Center for Responsive Politics and Powder magazine you donated to the “Vail Resorts PAC,” a political SuperPAC that then donated to the campaigns of climate change deniers. Is this not contradictory to this new environmental initiative?

KATZ: I don’t think that’s a valid point, it’s trying to make a broad brush and I think it misses a couple of nuances that are critical. We do have a political action committee and we have a number of employees, including myself, who contribute to it. The PAC was setup specifically to be a bipartisan political action committee, for the obvious reason that we have 32,000 to 33,000 employees that the PAC is supposed to represent. And we don’t only have democrats who work for the company. It happens to be that I personally am a very committed democrat, all you have to do is look at my personal contributions to political candidates and I am a very strong and strident supporter of those policies. I don’t think it’s fair for me, just because I happen to support that, to say everyone in our company can only support democrats. We feel like the employee PAC does need to have a bipartisan approach.

The fact that some of our employees, including me, contributed to the PAC, doesn’t take away from the kind of candidates they contribute to. I think conflating that is a little bit of a challenge. Last, and I think most important, we have a wide range of issues that our company tackles. Climate and environment, protection and conservation is a very important one but there are others, like immigration reform.

Our goal is to try to build bipartisan support for all of these types of issues and if you cut out dialog, discussion, and partnership with a whole set of politicians, then I’m not sure that’s a workable solution. To actually make progress on climate change this has to be a bipartisan or nonpartisan issue. Many many top-tier companies that have terrific sustainability profiles have the exact same approach that we do, because they know that’s how you make real change. With all that said, I personally do give almost exclusively to one political party.

*Interview has been edited for length and clarity.