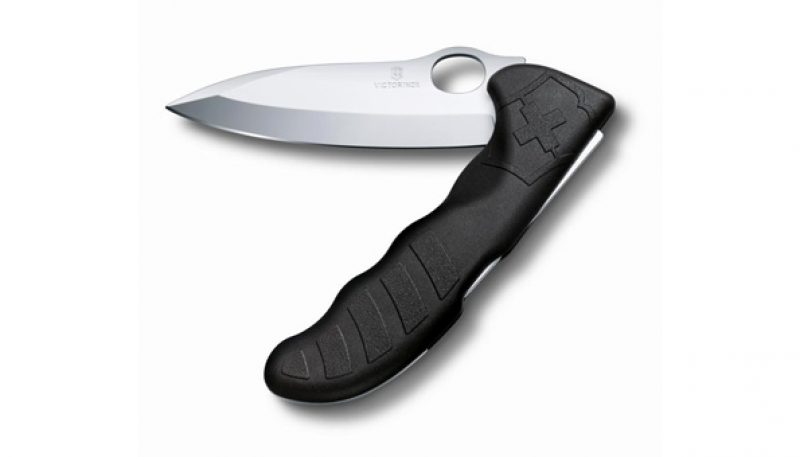 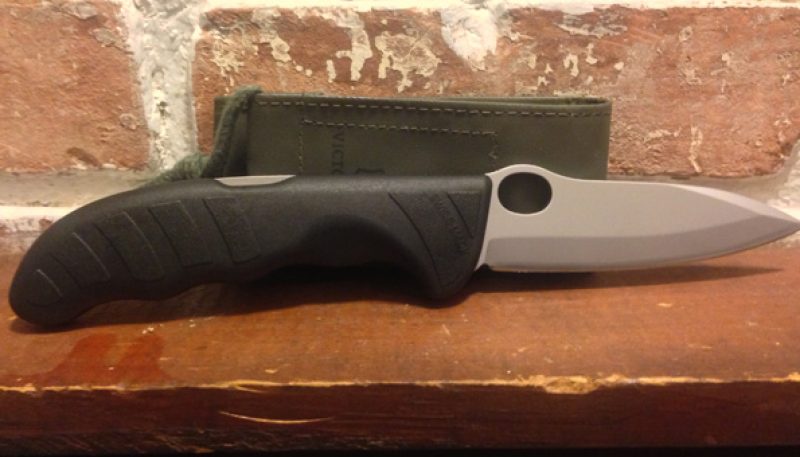 I’m still very apprehensive about the blade finish and blade material—but it’s more of an aesthetic thing than anything. For a single blade, folding knife, the Hunter Pro exemplifies a modern version of your grandfather’s Buck knife—a common knife to wear on your belt that you can trust and use for years.

Value
There is a trade-off to this knife that may not be so apparent when you’re looking at it – it’s thick, which makes it very durable and a lot of fun to use. But looking at the materials I can say that if this knife wasn’t made by Victorinox, it would retail for less. The quality is what’s driving the price up here.

Construction & Materials
The Build
I have seen full-tang fixed blade knives that aren’t as rigid and tough as this folder. Coupled with the grippy, Zytel handles, this knife could be put to work cutting, prying, etc. with ease.

The Lock
Lock back locks are some of the safest and strongest of the common knife locks on the market.  Victorinox has done a great job of keeping the lock bar level with the spine of the knife and they have kept the action very precise.

The Steel
Victorinox isn’t exactly coming out and saying what type of stainless steel the blade on the Hunter Pro is, but when I see a satin finish on a blade it makes me wary that there’s more carbon in there than I would like to see. A satin finish is susceptible to rust spotting. Very rarely does that spotting go beyond the surface, but it requires more upkeep than most people would like to put into a knife.  Just keep some 800 grit sandpaper handy.

Upkeep
Without the satin finish on the blade, you wouldn’t need to do anything but use this knife. I’m pretty certain it would take care of itself. As it stands, I would recommend that you clean and dry the blade each time you’re done using it.

Durability
The Hunter Pro is a beast—plain and simple. You could throw this at a charging Rhino, he could pick it up and chew on it, and it would look brand new when he spit it out. Just be careful retrieving it from him.

Design/Ease of Use
If you want a knife that is a workhorse, it needs to be beefy and have handles that have a good grip.  The Hunter Pro is that knife. It also features an ambidextrous thumbhole for easy opening that has jimping on the back of it for some adding security while your bearing down on it.

Edge Retention
Not knowing what they’re using for steel, I didn’t know what the outcome from my testing would be. But the edge has held up fantastically. It’s definitely not as sharp as when I took it out of the sheath for the first time—but it’s still pretty darn sharp. 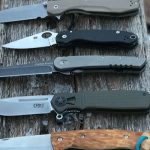