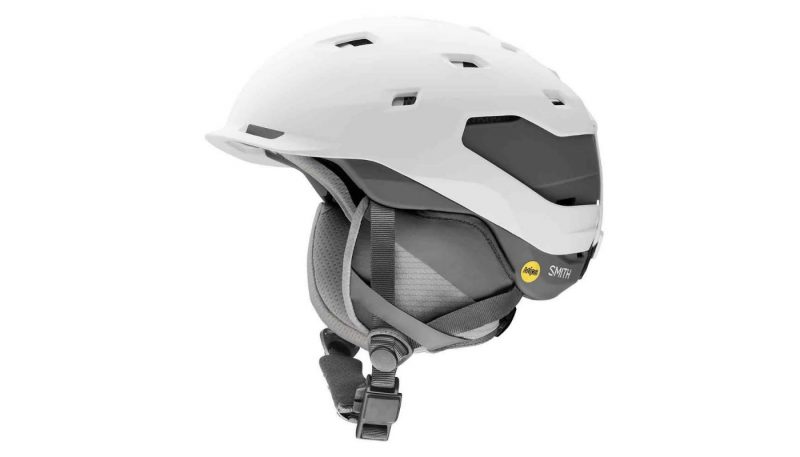 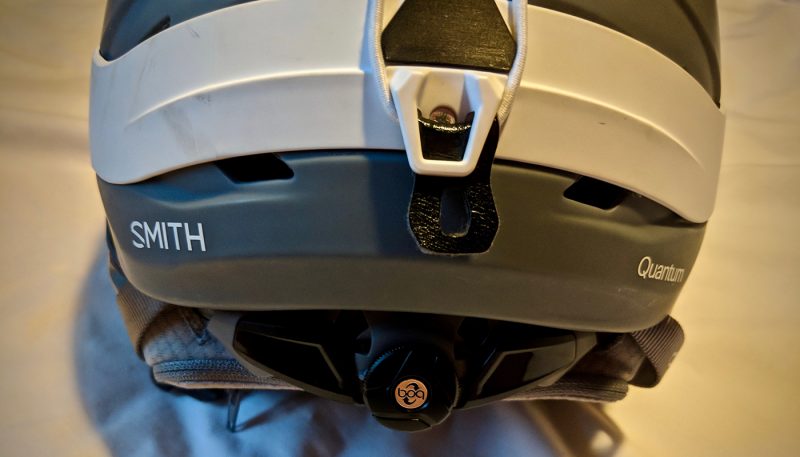 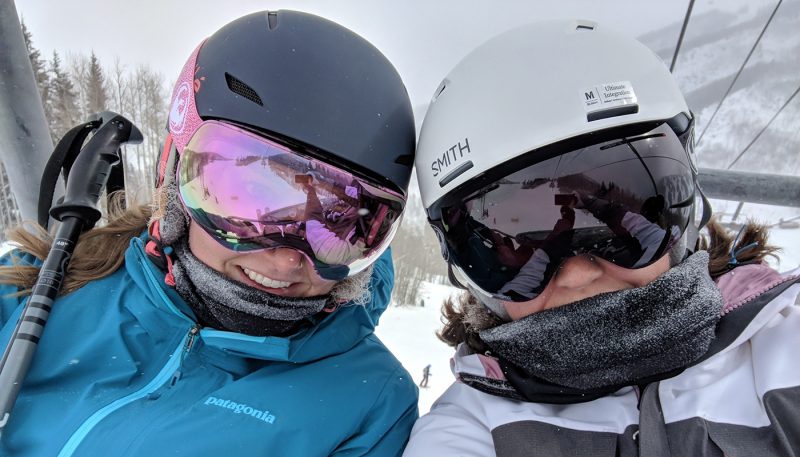 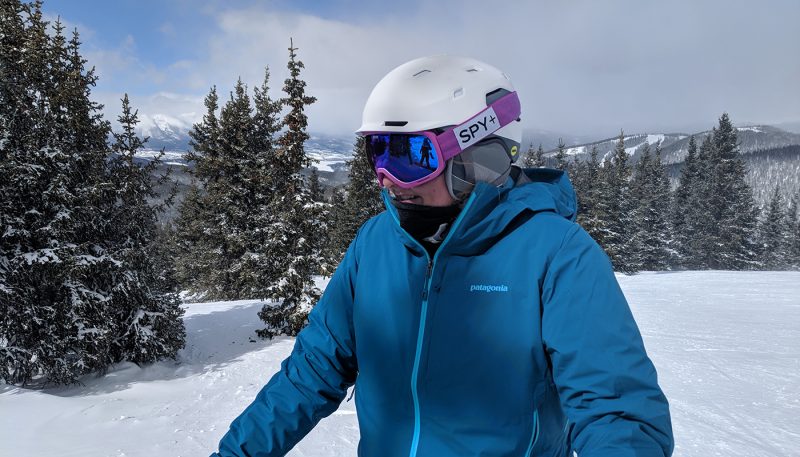 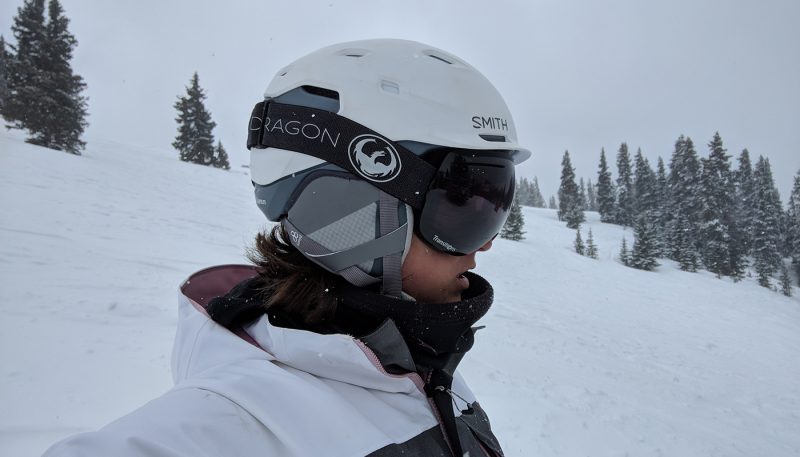 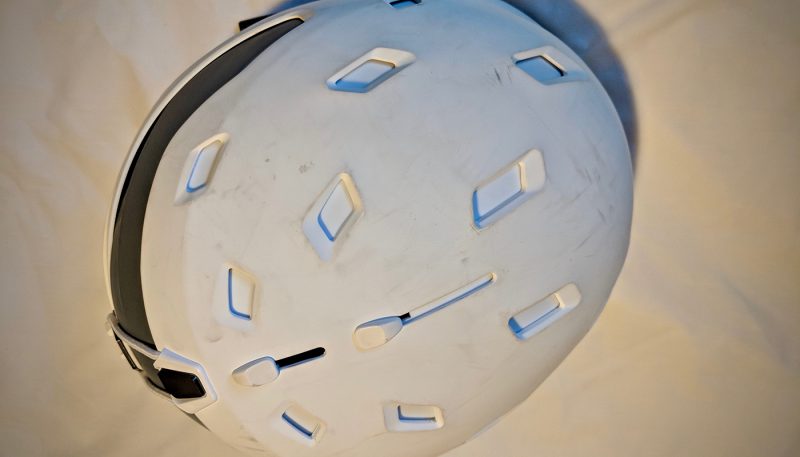 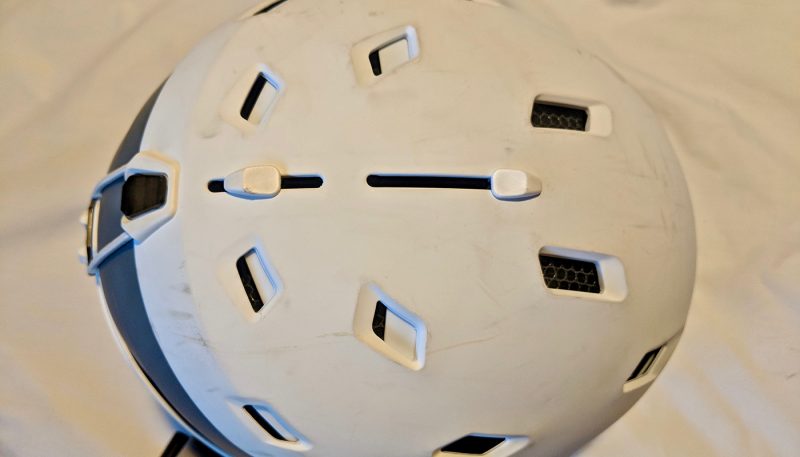 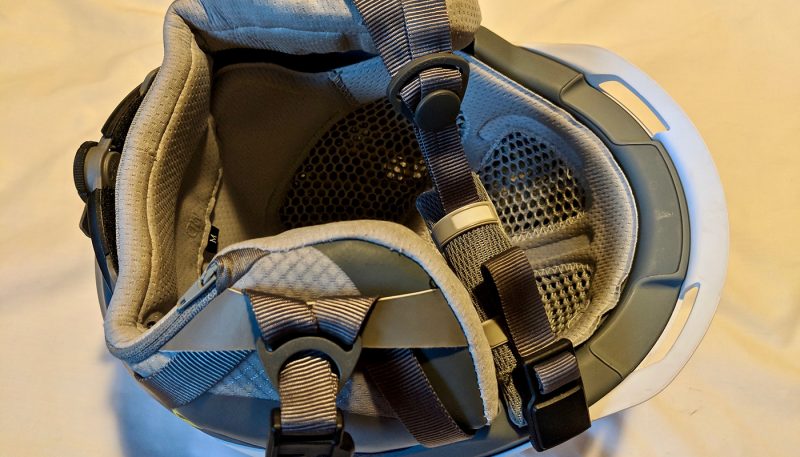 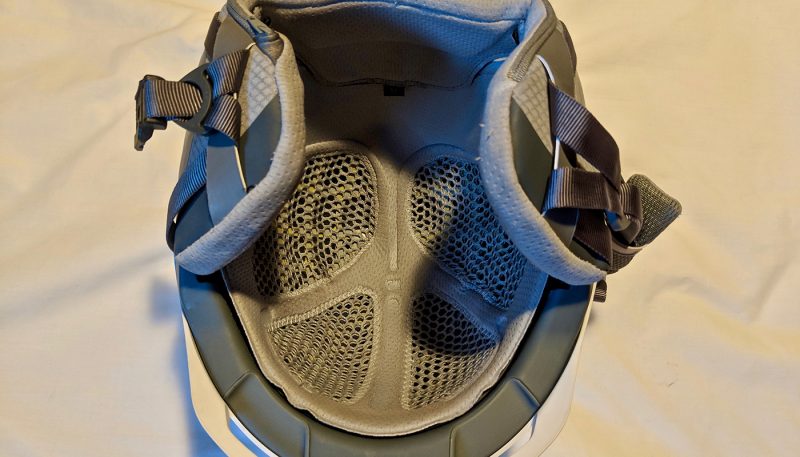 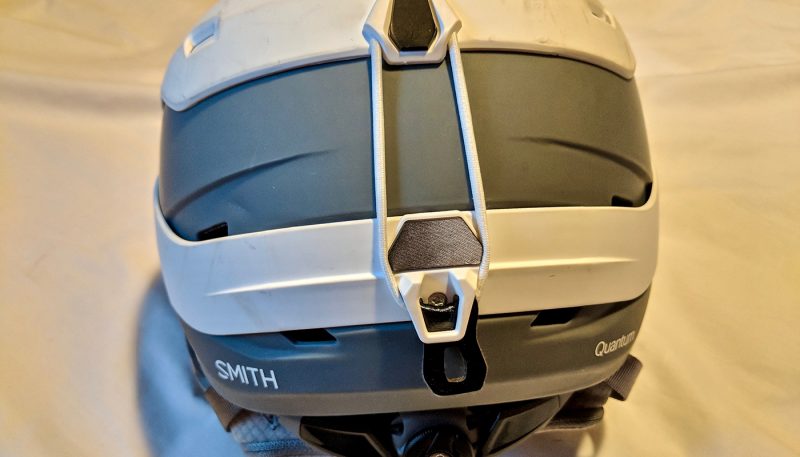 THE VERDICT
The Smith Quantum came in a very close second to the Bolle. It did fit all testers, unlike the Bolle, but was not as breathable or sleek feeling and looking. Testers rated it as the most warm and comfortable helmet, and easy to use with a classic buckle system. For features, the Smith Quantum has the most protection with a hybrid shell construction featuring Koroyd, and MIPS available on certain colorways.
FULL REVIEW

The Smith Quantum fit all testers and was rated as the most comfortable. There were no hotspots that developed throughout the day, and the dial-fit system felt secure all around the head with no gaps on the top or sides of the head. All testers rated the Quantum as one of the warmest helmets tested. The fully cushioned ear flaps kept ears warm on cold and windy days with only a slight obstruction of hearing. The inner liner felt as cushioned as some of the other helmet tested, but was the least soft to the touch. When on, testers didn’t notice much difference between the Smith’s inner lining and others.

The Smith Quantum was one of the heavier helmets tested (480 grams) and all testers could feel that extra weight. Throughout the day, it felt heavy and clunky, though not as cumbersome as the Sweet Protection Switcher. Most testers found it easy to move their head around to look in all directions, without any of the sides, front, or back of the helmet getting in the way; one tester reported that the Smith Quantum sat the lowest on her neck and was uncomfortable near the end of the day. From an aesthetic standpoint, this helmet did look less rounded and bulky than other helmets tested, unlike the Sweet Protection Switcher or the round Roxy Angie.

The Smith Quantum has a 20-vent system, with varying abilities of adjustability. On the top front, there are eight vents that adjust with one lever; on the back, there are six vents that adjust with another lever. Both levers move from front to back and are extremely easy to adjust. On the lower back, there are four non-adjustable vents. The anti-bacterial inner lining was cushioned though not very soft, and didn’t feel too hot or sticky on warm days with the large amounts of vents.

Both the Boa Fit System and the adjustable vents were easy to use with and without gloves. The Fidlock buckle was also easy to use and could be undone with one hand. A variety of goggles fit well with no gaper gap, though the large brim made getting goggles on and off a bit difficult. Testers were split about the goggle loop closure in the back, some stating that it was hard to use on the go. The two-tone, white and gray, matte helmet did scuff easily compared to other helmets, even after just a few uses. The ear pads were extremely difficult to get off. Testers had to watch a video to figure it out, which showed how to unhook the wire in the Boa Fit System to weave the ear pads out; all testers were worried that removing the ear pads fully could compromise the Boa Fit System if not attached back on correctly.

The Smith Quantum has the most advanced protection system; it uses a hybrid shell construction featuring Koroyd, as well as MIPS. It has a Boa Fit System, adjustable vents, a goggle strap, and a Fidlock buckle. 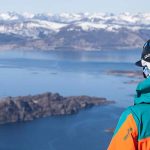 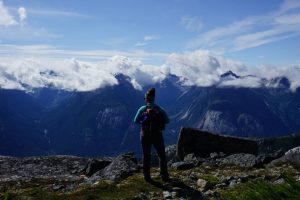 A runner, hiker, yogi, snowboarder, and adventure journalist, Mattie Schuler lives in Boulder, Colorado, where her apartment is slowly being overcome by gear.