The number of ski areas still open across the country may be dwindling by the day but you probably still have time to get a great deal on a snowboard.

That’s because according to SnowSports Industries America (SIA) and the Leisure Trends Group’s most recent SIA RetailTRAK numbers for August – February 2012/2013, snowboard equipment sales brought in $232M through February—down 8 percent compared to sales in the same time frame last season. 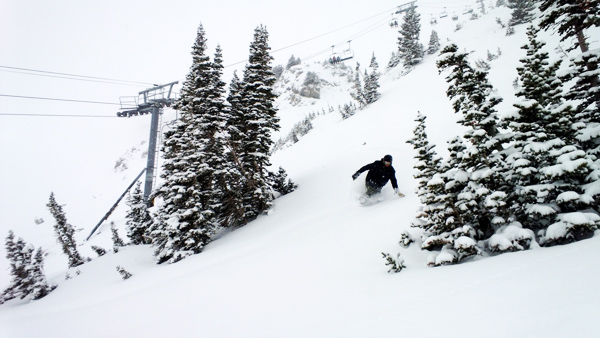 Snowboard equipment sales are down 8 percent compared to sales in the same time frame last season.

Apparel continues to have the most dollar share at snowsports retail, bringing in more than $1.3B through February this season. Apparel sales were up 2 percent in dollars sold and up 3 percent in units sold, led by a 4 percent increase in sales of insulated tops. Sales of snowboard bottoms are up 8 percent and alpine bottoms sales are up just under 1 percent in units sold.

Sales of equipment and apparel accessories increased 3 percent in dollars sold to $1B through February. Accessories include hats, gloves, baselayer, goggles and camera equipment.

According to the National Sporting Goods Association (NSGA), other sporting goods sales also suffered a letdown at retail. Compared to February 2012, units declined by 8 percent and dollars by 7 percent to just under $740M. Both footwear and apparel posted unit and dollar losses.

Leisure Trends Group’s own most recent data shows that U.S. outdoor retail sales grew 13 percent in March 2013 over the same month one year earlier, to $573 million. The results marked the 14th straight month of growth for the industry.

Internet sales of outdoor merchandise grew 19 percent over March 2012, the eighth month in the last 12 in which the online channel grew at a faster rate than specialty or chain. Specialty store sales climbed 8 percent and chain stores advanced 14 percent. Specialty stores—relatively smaller, independently owned operations—grew faster than the national inflation rate in only six of the last 12 months.

“As a whole, the outdoor industry looks healthy,” said Leisure Trends Group Senior Retail Analyst Tom Jones. “The just-completed first quarter grew 13 percent over 2012, and this is the third year in the last four in which we have seen double-digit first-quarter growth.”