Testing 1,2,3: An Inside Look at the Women’s Down Jacket Test 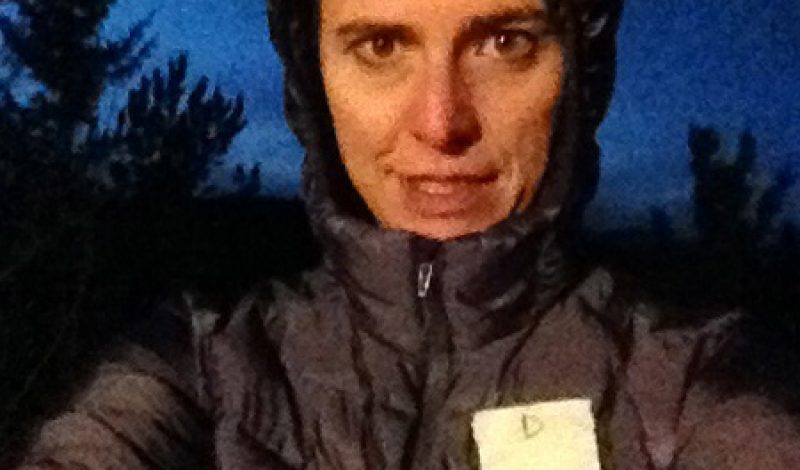 Krista Crabtree tested seven of the top insulated jackets for women for 2013-2014. Here’s how she put each jacket through its paces according to the Gear Institute’s objective field-testing criteria.

I’m a big fan of “puffy” down jackets. And with so many women buying them this winter, I wanted to provide a little more background on how I tested them in order to make it easier to understand the final scoring.

I tested the 2013-14 Women’s Down Jackets at 9,000 feet in Colorado (so low humidity) in the shade. The temperature fluctuated between 30 and 33 degrees, with winds between 5-12 mph. I wore an Icebreaker Oasis LS Crew base layer under all jackets and wore the jacket’s hood except for the two jackets that were hoodless. In that case, I wore a fleece hat.

I stayed outside for 25 minutes per jacket (my toes got cold around 12-15 minutes).  I did not wear gloves, but kept my hands inside the jacket pockets unless I was putting on my Backcountry Access Stash pack to check pack compatibility or putting on a Gore-Tex shell to see how each jacket layered under a storm shell. I also tried the hooded jackets with a POC Synapsis 2.0 helmet. I also wore the jackets on a .5-mile walk. 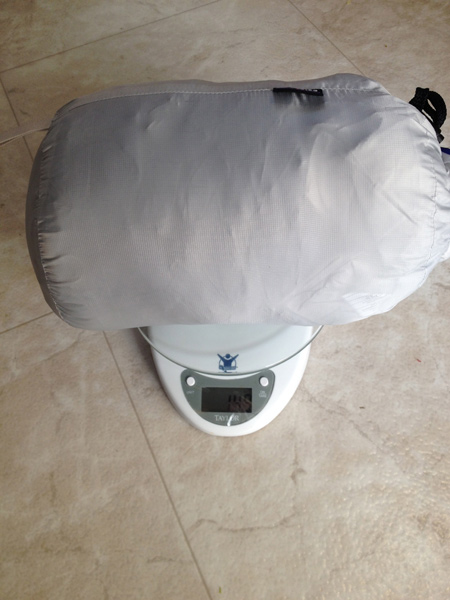 I weighed each jacket in its stuff sack or stow pocket on my own scale to come up with the weights I list. Regarding my notes about fit: I weigh 130lbs, measure 5’8” and wear a women’s medium top and bottom (or size 8 bottom and women’s medium top). 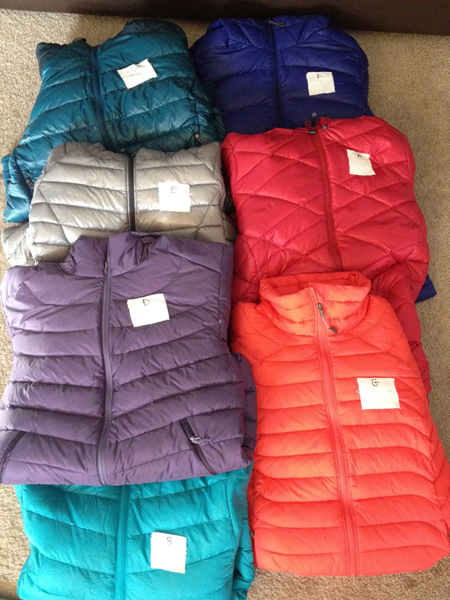 I taped up the logo and assigned each jacket a letter

As soon as I received the jackets in the mail from manufacturers, I taped up the logo and assigned each jacket a letter. I did this for two reasons: I wanted to remind myself that each jacket is a “tabula rasa” or a blank slate, that brand recognition should not enter into the review and that I should start at the same base line with no preconceived notions.

I learned this technique a decade ago at SKI Magazine, where I was an editor, a ski tester and director of the women’s ski test. We asked manufacturers to mask the skis that they submitted into the test and then we coded them.

True, it was sometimes easy to tell the brand from the bindings or from the base. But it served as a reminder to remove any brand bias before you took the ski out to test. I wanted to create that atmosphere for myself and tried very hard not to attribute a brand to the jacket as I taped up the logo. Fortunately it was fairly easy to maintain this. 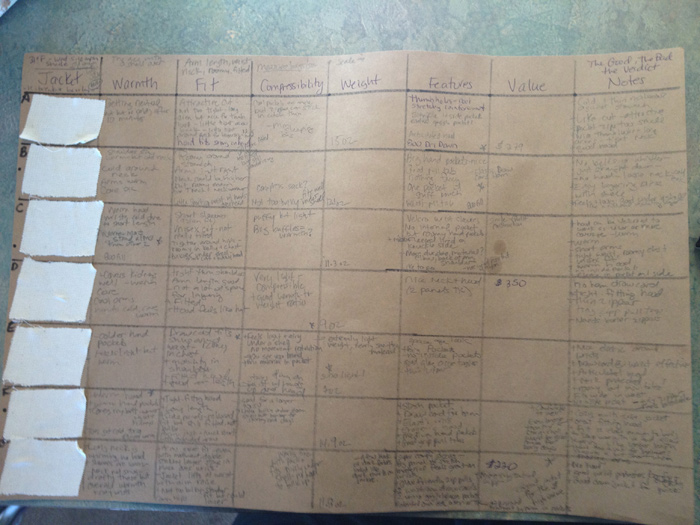 I also created an “old-school” spreadsheet with the brand names taped up. That way, I could fill out my test fields while testing each jacket and still maintain the anonymity of the brand. All seven jackets performed well. All in all, small differences in warmth, followed by fit, compressibility and features became apparent as I assessed the results.

Check out Krista’s full reports in our Insulated Jackets section.