Rock and Roll Shred Heaven: A Quick History of Bands and Boards 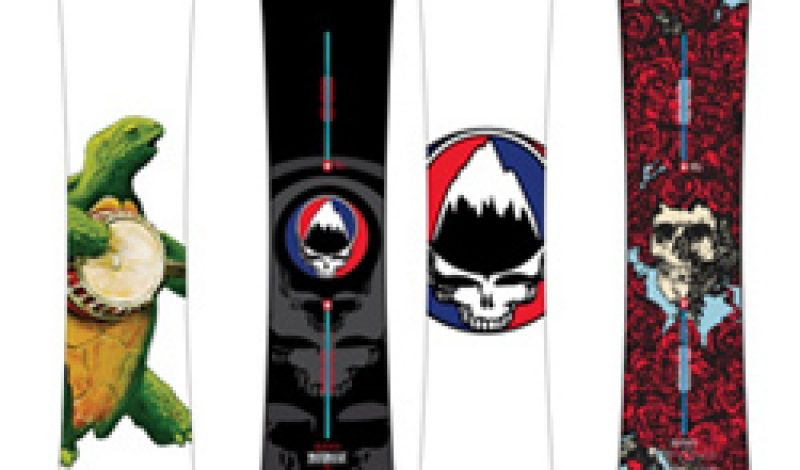 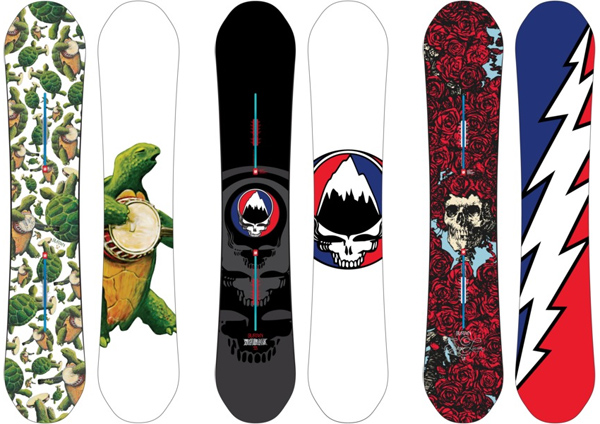 The new boards will be introduced at the Burton Los Angeles Flagship Store, where pro rider Danny Davis and Grateful Dead Producer and Legacy Manager David Lemieux are scheduled to be in attendance and, rumor has it, some never-released tracks from the band will be played for a first listen.

It’s not the first time the Dead have turned up on snow sliding equipment. K2 introduced a commemorative Jerry Garcia ski a few years after the legendary GD frontman’s death in 1995, with custom graphics over the chassis of the ski company’s AK Launcher. Unmounted versions of the ski—sometimes still sealed in plastic—emerge every so often on eBay or Craigslist, often with price tags of well over $1,000.

HEAD Skis took their own set of turns through rock and roll heaven, first with a series of psychedelic patterned boards inspired by the likes of Jimi Hendrix and Carlos Santana, and then with a number of skis in conjunction with English heavy rockers Motorhead. And this reporter had the unique experience of being next to KISS singer and bassist Gene Simmons at the 2009 Snowsports Industries America Tradeshow in Las Vegas, where he was surprised to find his likeness on Faction’s 13 Ski.

Originally thinking the Faction employee at the booth’s hands were shaking because he was so excited to see Simmons, it was only later that I learned Simmons was giving him a lecture, and the name and phone number of his lawyer.

Properly licensed, and properly timed with the brand’s 50th anniversary, K2 has been rolling out a series of skis as part of a partnership with The Rolling Stones, who are also celebrating 50 years of rock and roll.

Following the first two Rolling Stones K2 SideShow and SideStash skis, the newly unveiled K2 Rolling Stones Recoil (number 3) and 102 (number 4) skis will be released in October and December, respectively. The first two skis in the collection don a collage-like top sheet embodying artwork and graphics central to the band’s prolific history, while the graphics on the final two skis are inspired by poster art from the band.

“As K2 turns 50-years-old, it has been impressive to look back on the last five decades and reflect on all the innovation, culture and change that has evolved in the ski industry,” said K2’s Vice President of Global Marketing, Jeff Mechura.  “The K2 Rolling Stones ski collection is the perfect tribute to the last 50 years as well as an emblem to inspire another 50 more.”