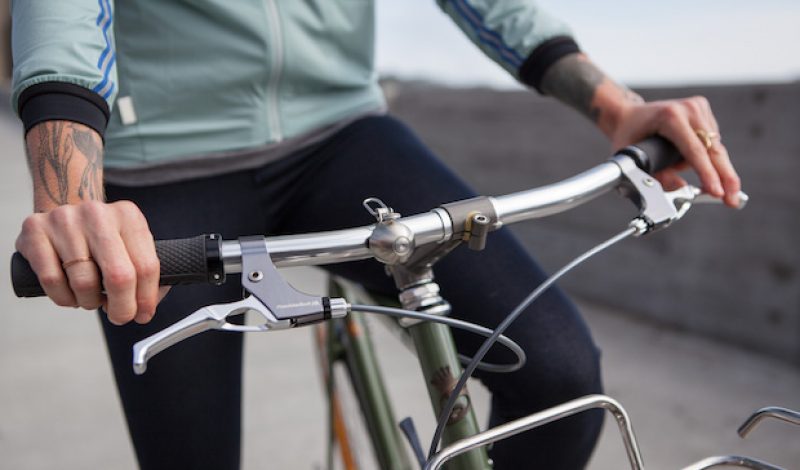 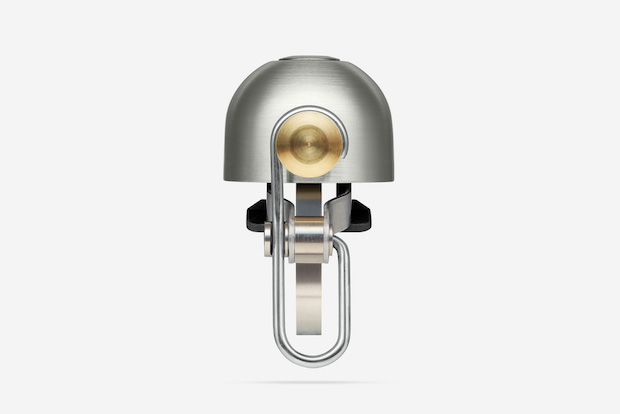 Really, there was nothing wrong with the ratchety “ring-ring” of that round silver bike bell we all had at some point in our lives. In fact, it was quite the novelty when we were young. Suddenly, after years of being told what to do, we could control the adults by letting them know we were careening down the sidewalk and they’d better move out of the way. A double push of the thumb and with a little extra umph the bell was louder and more urgent sounding – almost as if we didn’t have any brakes. Some of us even carried that bell with us into our adult bike lives, commuters most likely, by default. And, I hadn’t really noticed how juvenile that bell actually sounded. Until now.

Brothers Nick and Clint Slone may not have thought that of the old standard, but they did have a vision for something else. That vision became the Spurcycle bell. A bell that only needs to ring once and sends out a sophisticated and clean tone that lasts nearly three times longer than the dull fading ring of the old ratchet bell. The small bell has an unassuming design to go with any bike style and is easy to mount. 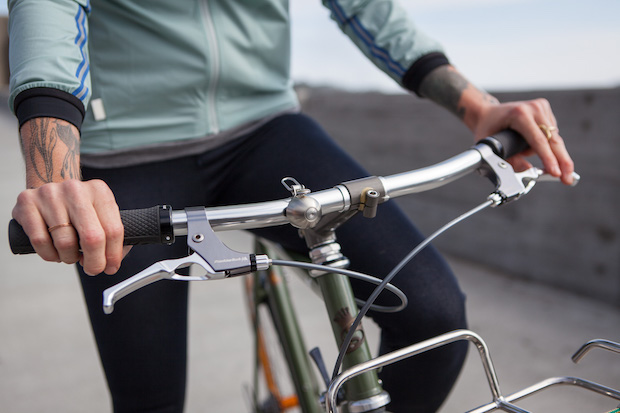 After their successful 2013 Kickstarter campaign, production is up and running and the bell is
available in a raw metal finish ($49) or black DLC (Diamond Like Carbon / $59). Both are made in the USA and are guaranteed for life. 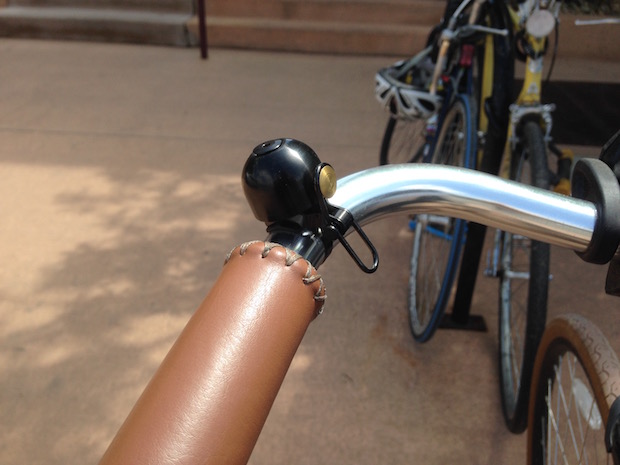