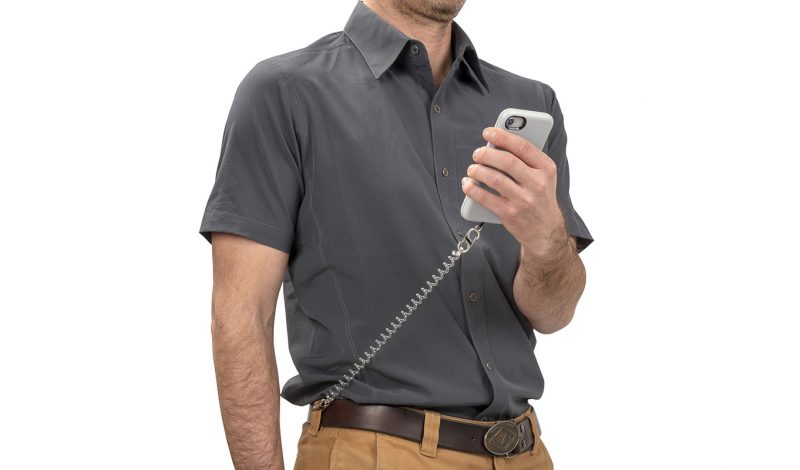 Even the hardcore adventurer has a difficult time leaving the phone at home. Many use navigation apps instead of a standalone GPS unit, phone camera image quality has improved dramatically, and cell coverage continuously expands, adding safety.

But phone prices steadily increase some selling for over $1,000. And most phones aren’t “adventure-proof.” Many cannot withstand a drop of a few feet, and even with the most robust of cases, higher drops that could be commonplace for certain outdoor pursuits can spell certain death for a device that we rely upon daily if not hourly. And many cannot withstand any submersion in water.

So many of us are forced to make a decision when we embark on adventurous activities; do we bring the phone? Water sports and vertical endeavors like climbing pose the most obvious risks, but dropping the phone out of a pocket during other activities can also be likely and damaging. Then there is the potential of theft in urban environments.

I’ve been testing two phone tethers for the past few weeks, predominantly during rock climbing; the Nite Ize Hitch and the Hangtime Koala Phone Harness. I have cobbled together accessory cord and duct tape on occasion to leash my phone to my climbing harness, but these options are much cleaner, reliable, and user-friendly. 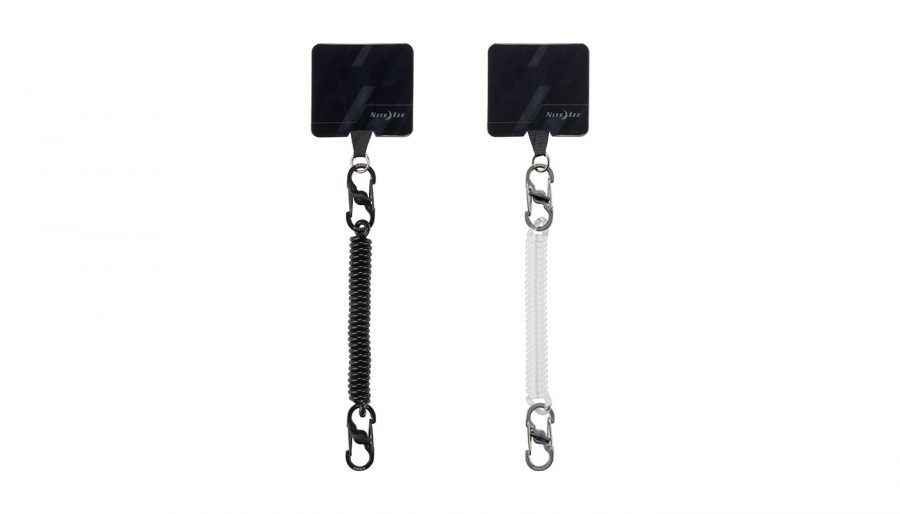 The Hitch incorporates a soft, tacky, and thin pad that nestles behind the between the back of the phone and the phone case and a thin webbing loop that exits the charge port. Nite Ize provides a coiled leash with its aluminum or stainless steel S-Biner Microlock on each end.

One end of the coiled leash (expands to 24 inches) connects with the double-gated S-Biner Microlock to the phone loop and the other connects to the body bound anchor point. This anchor point must fit in the S-Biner, which locks both gates with a twist mechanism.

The Hitch does require the use of a phone case, but I don’t know anyone active that doesn’t use a case. It was unnoticeable when not used, connected quickly to the leash, and unless the phone case comes apart, it’s incredibly unlikely that the phone would work free. The pad inside the case is said to not interfere with cordless charging, and the thin webbing loop never posed problems with corded charging. The S-Biner Micro locks also provided other options; one S-Biner could be left on the phone to provide a convenient anchor. I attached my car key to prevent loss. I also used just the webbing loop to connect the phone to a lanyard. $15.  Buy now 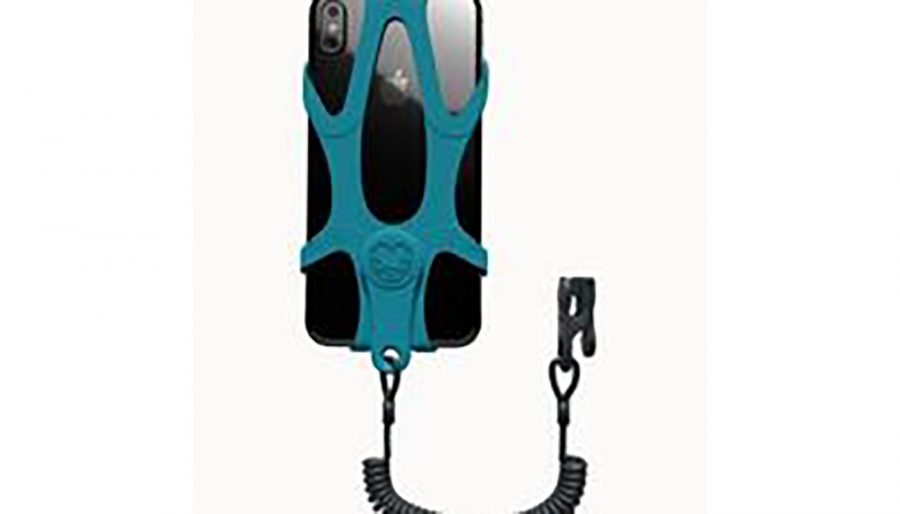 The Hangtime Koala uses a silicone ‘web’ to encompass the phone at the corners; a urethane coiled leash is permanently attached and is claimed to support 45 pounds and stretch to four feet. The tether terminates in a cam action clip to attach to clothing or any other fabric.

The Koala doesn’t require a phone case, but it is rather obtrusive. It makes the total size of the phone larger and the silicone doesn’t slide as well as the phone or phone case into pockets. The tether doesn’t disengage from the harness, so it’s a take it all or leave it situation.

The Koala is very robust; I didn’t test it to the breaking point, but pulling on the tether made their 45-pound claim seem legitimate. And although the clothing clip felt insecure at first, the toothed cam is faced in a direction that caused clamping force to increase with the amount of pull. A marketing video shows the cam failing at 50 pounds. 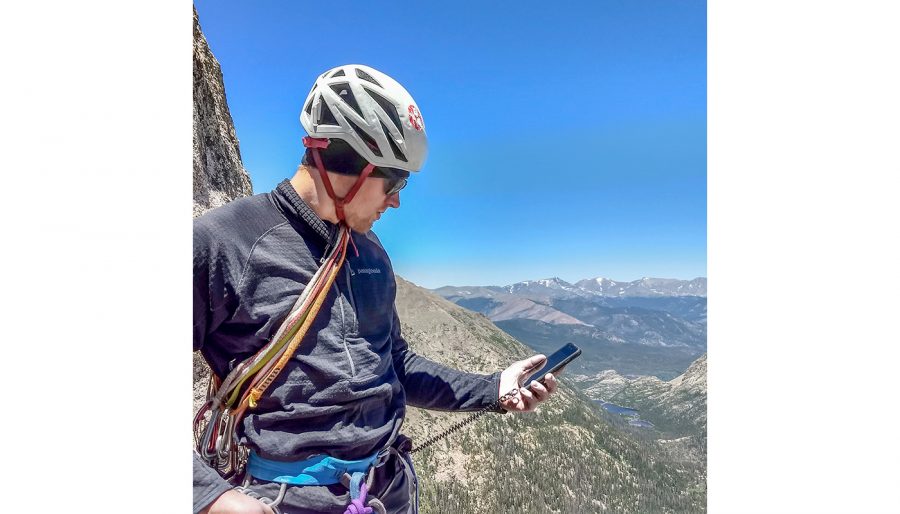 Hangtime claims the harness doesn’t interfere with most phone camera lenses but on my iPhone 11 Pro, it did block the innermost of the three lenses. $25. Buy now

Both the Nite Ize Hitch and Hangtime Koala protected against accidental dropping of phones.

The Hitch was much less obtrusive when not in use, and putting the phone “on belay” was a much quicker process because of the webbing loop that remained on the phone and the double-gated carabiners.

The Koala was the heavy-duty option. The entire system was stronger but putting the harness on the phone and removing it wasn’t as convenient or quick as the Hitch.

I preferred the Hitch for daily and rock climbing use; accidental dropping was my main concern, and the Hitch performed that duty without fail and was quicker and easier to deploy and remove.

The Koala got the nod for anything that could forcibly rip the phone away, including theft prevention. A strong pull, like what a thief might do, seemed like it would cause some part of the Hitch to fail. Not so with the Koala; it would take quite the effort to cause the Koala to release its grip on the phone. 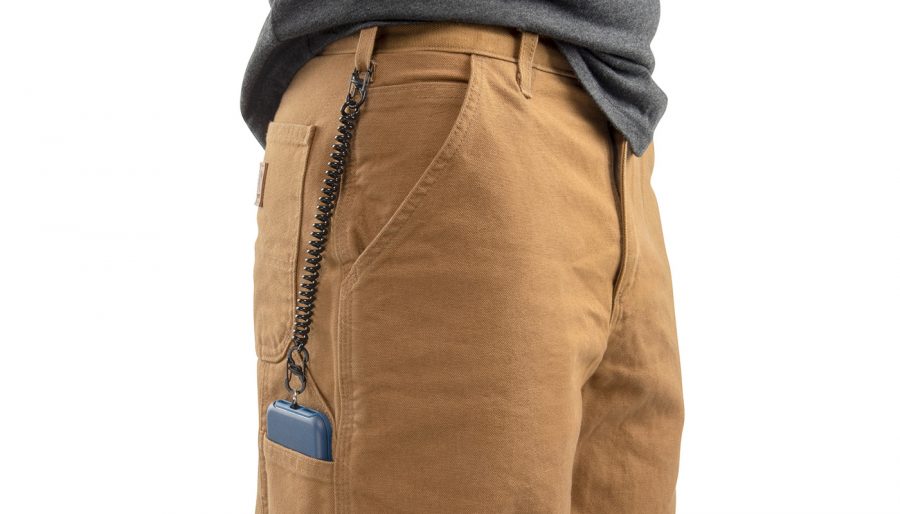