Nikon Has A Rugged Camera Built for the Outdoors 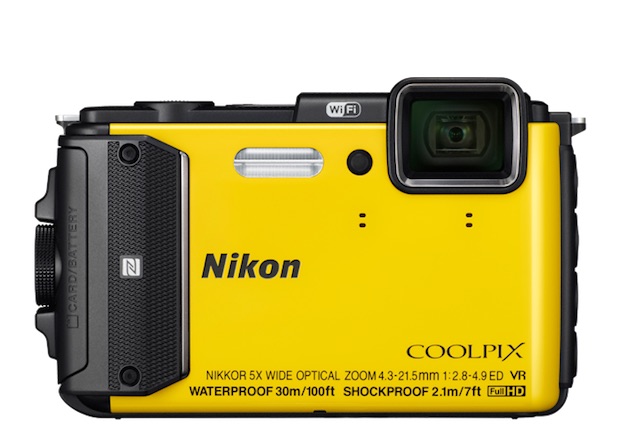 As the cameras in our smartphones have gotten better and better, the market for traditional point and shoot cameras has gotten much more difficult for traditional maunfacturers too. Now days, unless a new camera is packing some really interesting and unique features, it is tough to get much attention with consumers. But, a smartphone does have its disadvantages too. For instance, they generally don’t have great battery life, they typically lack a good lens, and they’re usually not built to survive in extreme environments. That’s why there is still a market for ruggedized cameras like Nikon’s Coolpix AW130, a camera built with the needs of adventure travelers in mind.

The AW130 is the latest in a line of ruggedized cameras from Nikon. Like previous models, it is waterproof down to 100 feet, freezeproof to 14ºF, and it is built to survive falls of up to 7 feet. Those features alone make it a good option for anyone traveling to remote destinations or frequently taking part in outdoor sports. The mere fact that you can take this camera diving, snorkeling, or paddling without the need for an additional waterproof case is a strong argument in its favor. 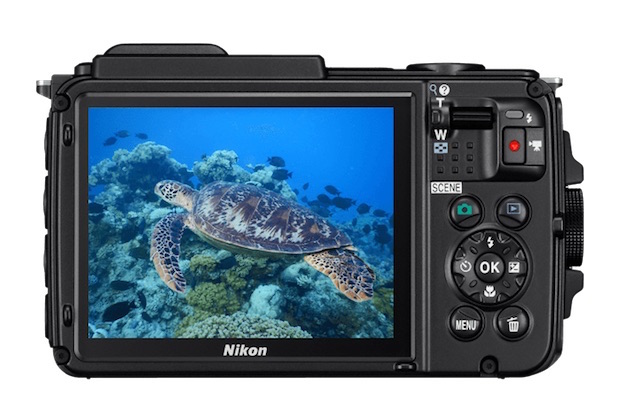 In terms of high tech functionality, the camera comes equipped with a 16 megapixel sensor, a 5x wide-angle glass lens, and a 3-inch OLED screen. The AW130 can capture still images at resolutions up to 4608 x 3456 pixels, and video at full high definition 1080p. It even has onboard GPS for geotagging the location of your photos, as well as Bluetooth and NFC connectivity for pairing with a smartphone or tablet for backing up images and sharing them to social media too. In short, this little camera packs a lot of features which help it to compete on a more even playing field with other mobile devices.

As you would expect from a ruggedized camera made by Nikon, the AW130 has excellent build quality. It feels incredibly solid in you hands, although at 7.8 ounces fully loaded with battery and memory card it isn’t especially heavy. That means that it won’t add a lot of weight to your pack when taking it with you on your adventures, and since it is tough enough to survive just about anything you throw at it, you won’t have to worry about babying it when packing either.

Despite its many great features the AW130 does have a few areas that I wouldn’t mind seeing improved. Image quality is good, but this isn’t a camera that will blow you away with amazing photos. But when you consider the fact that this is a cameradesigned to survive in environments where other devices won’t, the mere fact that you can come home with any photos at all should not be totally discounted. And don’t get me wrong. The photos taken by the AW130 aren’t bad by any means, they’re just not as sharp and eye-popping as those taken by other cameras.

Battery life is also a concern, as it seems like you can burn through the battery fater that you might expect. Nikon rates the AW130’s stock battery as being able to take 370 photos between charges, but I found that in reality I was only able to get 200-250 shots out of it before going dead. It is important to note that number was achieved while also using the GPS and WiFi features of the camera, which can eat battery life very quickly. One word of advice when using this camera. If you’re going to be away from civilization for a while, you’ll definitely want to carry an extra battery or two with you when you go.

Those few quibbles aside, this is an excellent little point and shoot camera designed for adventure travelers and outdoor enthusiasts. It is rugged, durable, and made to survive in challenging environments. The AW130 is also easy and fun to use, with plenty of features and a well-designed operating system that is approachable even for those non-techies amongst us. That makes this a camera you can pick up and truly start using within a matter of just a few minutes.

If you’re in the market for a good point and shoot camera that can accompany you just about anywhere, the Nikon Coolpix AW130 is a great option. It has all the features that you could ask for, plus a few that you don’t expect too. Find out more at Nikon.com.