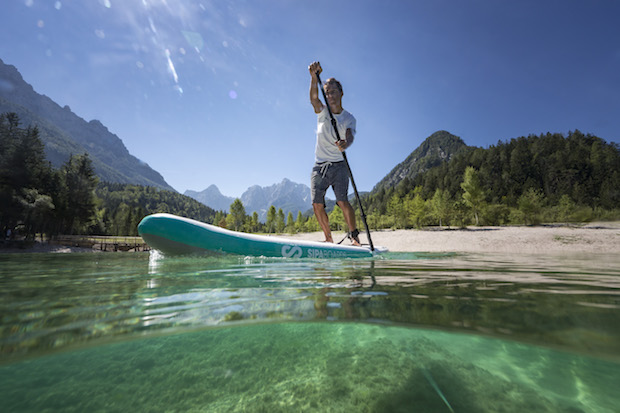 Stand-up paddleboarding is an incredibly fun sport, but lets face it, lugging those big boards around can be truly challenging if you don’t have the right vehicle. Of course, you could always go the route of an inflatable board, which is actually a reasonable solution that overcomes the challenges of storage and transportation traditionally associated with standard SUP boards. But inflatables can be a pain to pump up, particularly when you’re eager to get out on the water. Now, one company thinks that it has come up with a answer to this problem however by introducing the world’s first self-inflating stand-up paddleboard.

Sipaboards – who introduced a high tech smart SUP board last year – has launched a Kickstarter campaign for the new SipaBoard Air. This new board comes equipped with an integrated compressor that is powered by a removable and rechargeable battery. That compressor is capable of inflating the board in less than five minutes, making it a breeze to now only store the Air but get it out on the water too.

From the looks of things, the self-inflating board couldn’t be any easier to use. When you’re ready to start paddling, you simply drop the battery into the compressor, flip a switch, and let the device do all of the hard work. It quickly pumps air into the inflatable boards inner chambers, automatically stopping when the Air has reached its maximum capacity. Later, when you’re done paddling for the day, you simply deflate the board, roll it up, put it back in its included duffle bag and head for home.

If the SipaBoard Air reaches its crowdfunding goals it will be available in three different models. One of those models is designed for faster paddling, another is built to provide better stability, and a third is intended to be a good mix of both qualities. All three are priced the same, but give the owner a chance to approach the sport in the style that they choose. 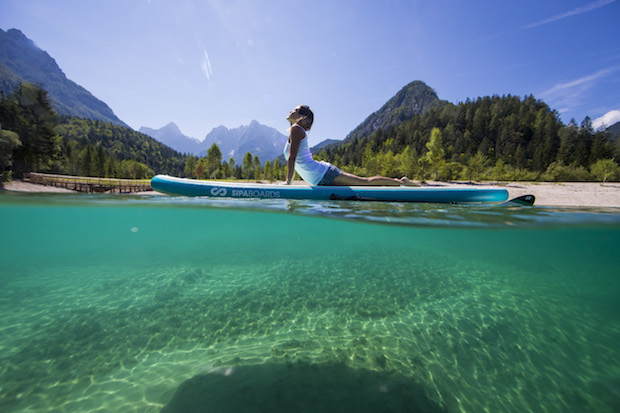 The designers of this self-inflating SUP board are hoping to raise $100,000 to get it into production, and as of this writing they are less than $15,000 from that goal with about a month to go. If they are able to collect the funds they need the Air is expected to go intro production early this fall and begin shipping to backers in October. It expected to carry a price tag of $1390, although Kickstarter backers can reserve one for as low as $940 if they pledge their support now.

Find out more about SipaBoard Air at SipaBoards.com or on its Kickstarter page.

For more reviews and information about paddling gear be sure to visit our Watersports page.