It Might Be Time to Upgrade Your Roof Box 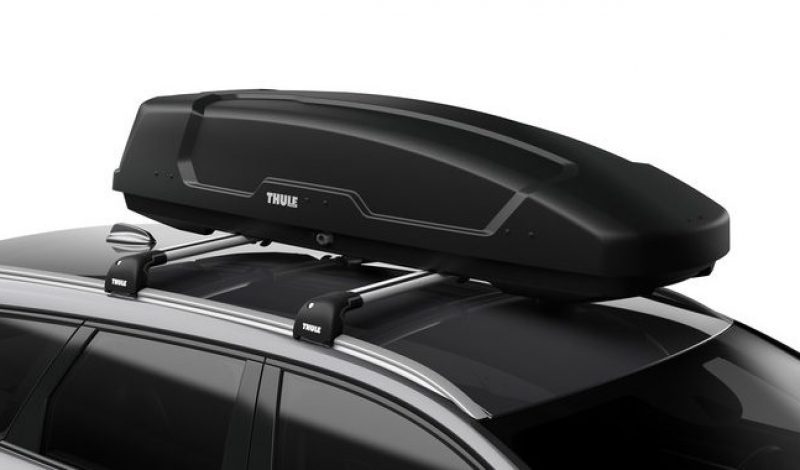 Honestly, I don’t think much about roof boxes. They’re big, expensive yarmulkes for your car. You want to buy one good one that’s going to last for years and forget about it. But Thule’s new Force XT has me thinking it’s probably time for a lot of roof box owners to start thinking about an upgrade. Why?

The Force XT is built to hold up to 165-pounds, a fair improvement over the 110-pound stated load limit of prior generations of Thule boxes and many competitors. It’s pretty easy to wind up loading more than 100 pounds into a roof box, but it’s going to be hard to hit this box’s 165 pound weight limit.

Overall, the construction is sturdier than prior generations. There’s a new aluminum truss going a cross the nose to keep the box from twisting, and the lid feels more substantial.

Most roof boxes—especially larger ones—are fairly flexible plastic shells that served their purpose but seem a little flimsy for heavier loads. The Force feels a lot more substantial and dependable.

The Locking Mounts Have Come a Long Way

Thule has been making improvements to its locking mounts, and the new “PowerClick” mounts who how far a little design thought can go. They click to a stop when properly tightened, like the tank of a gas tank. 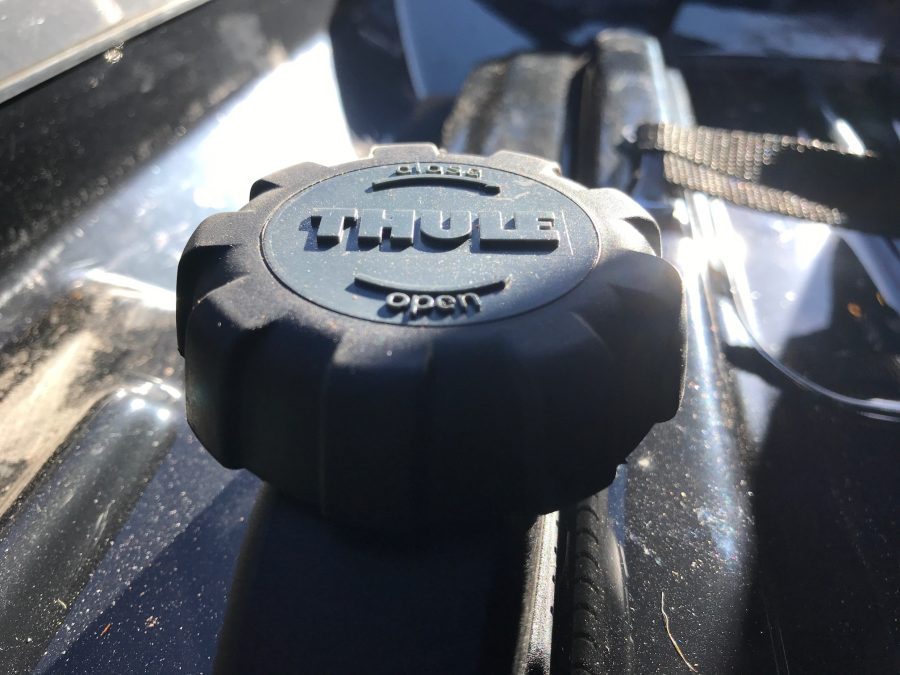 On my old Thule box, this was one of my biggest complaints—you never knew when the box was adequately tightened on your rack. You would just twist until you strained the plastic, hoping it would be secure enough to hold firm during a steady crosswind or washboard dirt road. The PowerClick system is a great improvement. It prevents overstraining the system and makes it a little easier to take the box on and off if you need to when sports and seasons change.

They Look Much Better

Most roof top boxes look like silly black jelly beans on the top of your vehicle. They’re so ubiquitous it’s easy not to notice, but they definitely don’t add to the look of your car. 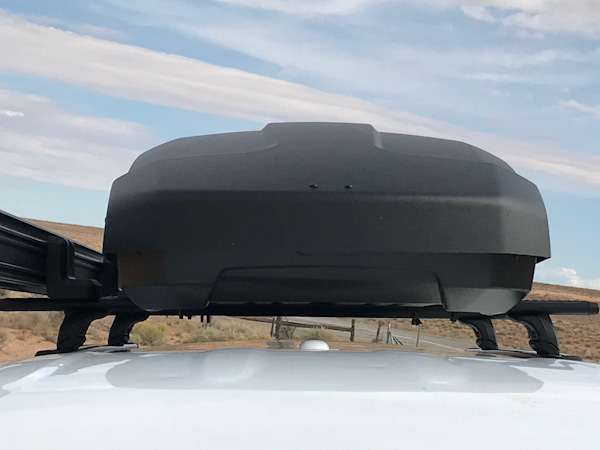 The first thing I noticed about this the new generation of Thule boxes is the exterior contours. It has more sharply angled lines and a cool “AeroSkin” surface texture—a look Thule says was inspired by modern vehicle styling. It definitely has a more contemporary design than the slick bean shapes of some other brands or Thule’s offerings from just a few years ago, like the discontinued Atlantis. 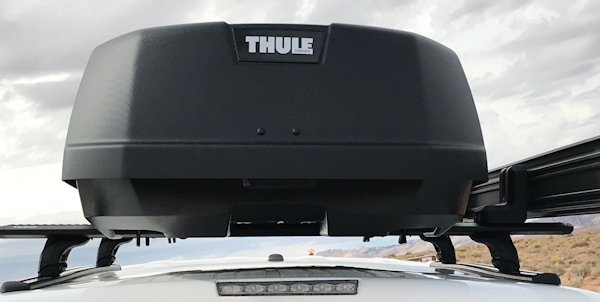 The AeroSkin texture adds a matte texture to the box. One bummer though—it’s harder to cover with Gear Institute stickers.

They Are Easier To Use Than Ever

Like a lot of Thule boxes, the Force XT opens from both sides, which is great for getting at loads whichever way the car is parked. There are nice vertical sidewalls to make the most of the interior space.

I like the “Lock Knob” feature, which makes it easier to use a bit more force to open or lock the box. Since sometimes a fully loaded box becomes difficult to close, and having the extra leverage of a knob makes it easier to force the key to turn when without straining the key itself (not a good thing, especially in cold weather). 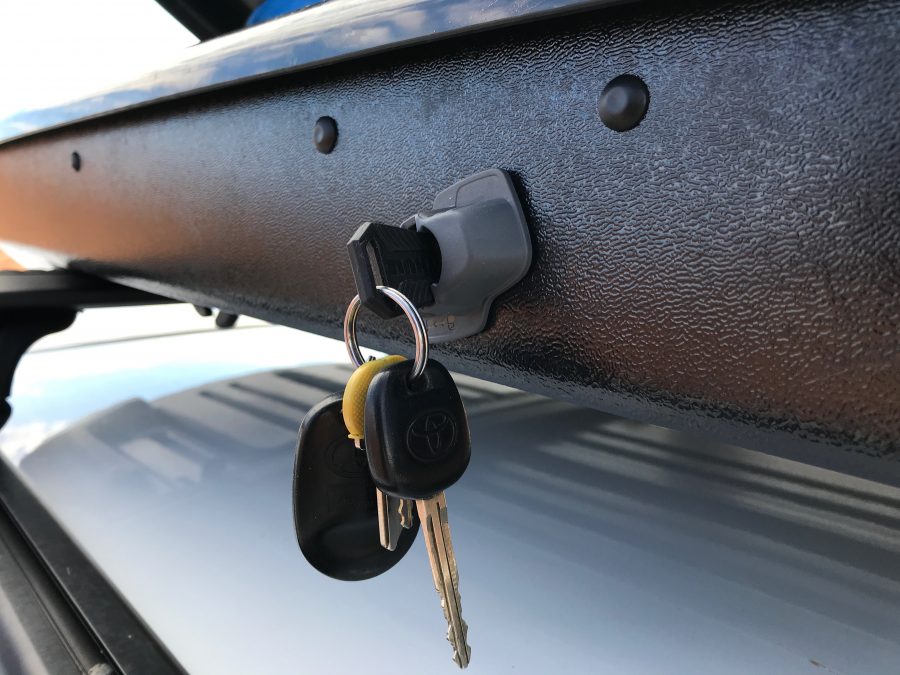 One of the cool accessories you can get to keep the Force XT and similar sized boxes organized is Thule’s GoPack duffle set. This set of four duffles can be used to separate gear to keep your box from becoming a giant messy jumble of gear. Little colored ID cards help you keep track of what’s in each bag. 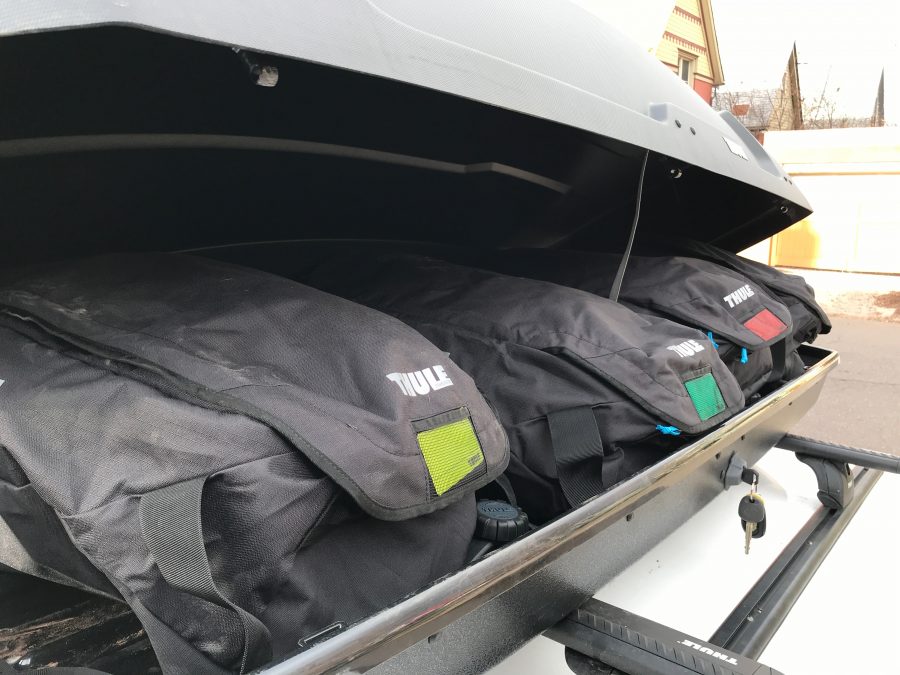 Why not just use your own duffles? You can, except that the GoPack bags are designed to fit inside the space perfectly, maximizing the amount of gear you can get into them so there’s no wasted space. They’re designed not to pack too tall or too long so they don’t impede closing the lid. I do wish there there were two sets of zippers so you can always access the gear from either side of the vehicle, but that’s not a big deal. 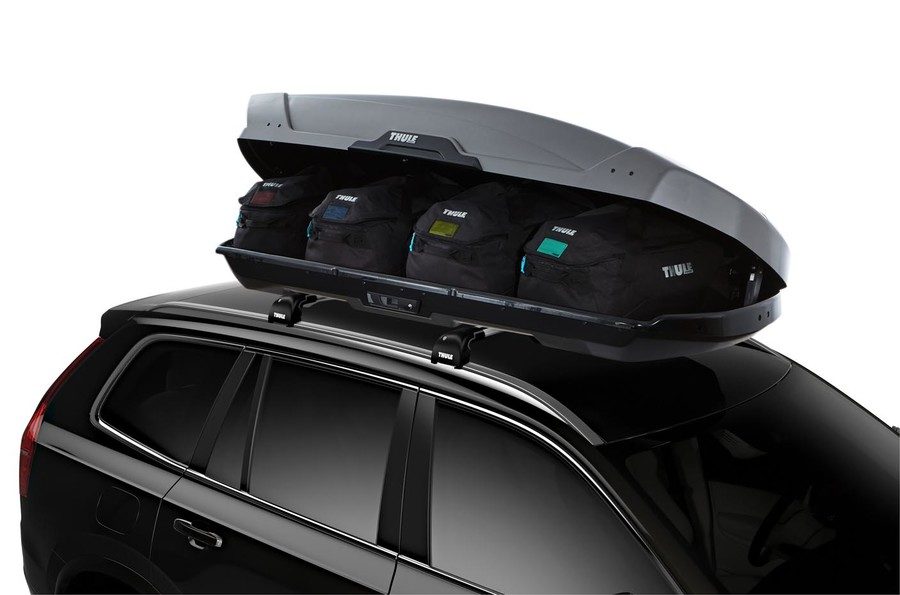 For ski season, you can fit 5-7 pairs of skis in the box if needed, or 3-5 snowboards. It has 450 cubic liters of cargo room and runs 75 inches to 90 inches long, depending on the size. All the sizes weigh between 32 and 52 pounds.

It’s nice to see roof boxes like this one getting a little more attention to everyday functionality. They are incremental improvements to be sure, but if you’re unhappy with your current box, you’ll probably appreciate the improvements waiting for you when you upgrade.