Interbike to Focus on Growth and Change in the Cycling World

Despite the fact that top Interbike brass said they see a softening of the marketplace and have for years now been predicting and preaching for change in an old-fashioned bicycle industry, the world’s bike brands, leadership, retailers and athletes seem to be perpetually stoked as they come together next week for their largest industry trade show in North America.

Interbike returns to the Mandalay Bay Convention Center in downtown Las Vegas beginning with OutDoor Demo in Boulder City, Nev., September 19-20, 2016, followed by the Expo indoors on September 21-23, 2016, and most of your bike-geek friends will be there — or wish they were.

And to fight any potential lagging attendance in Vegas, Interbike has launched its new CycloFest near Charlotte, N.C., a four-day trade event October 20-23 at the U.S. National Whitewater Center (also renowned for its mtb trails) with two full days focused on the general public/consumers. This event sounds very much like Moab’s Outerbike, which blossomed a half dozen years ago the first week of October directly after Interbike, and gave consumers the chance to see and ride what the shops did at I-bike. So despite the fact that “consumer days” at both Interbike and Eurobike (Interbike’s European equivalent, a bigger show than Interbike) have seemingly failed, there seems to be a need for such events to help grow the marketplace and make it easier for people to buy new bikes. 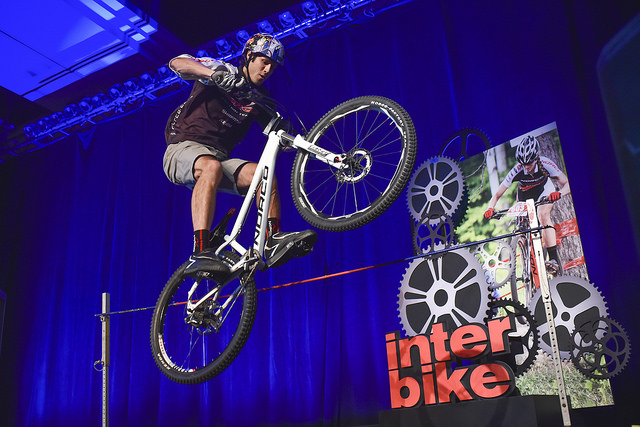 Interbike continues to evolve and to attract new brands, which show director Pat Hus says is a good thing. He told Bicycle Retailer and Industry News that, “We have to evolve as an entity. We have to be smarter…” Hus also said the lack of new categories in cycling is slowing things down. He told BRAIN that e-bikes are the only real emerging category, especially at the Outdoor Demo, whereas things like the 27-B wheel size and gravel bikes have been big drivers in recent past seasons. Just adding a 27-plus wheel size doesn’t move the needle, it only confuses consumers and makes it harder for dealers to keep their stores well stocked.

Bootleg Canyon in Boulder City, Nevada, about 45 minutes from the strip, is home to Interbike’s OutDoor Demo, giving cycling retailers the opportunity to test the latest products the industry in the terrain they were designed for. Bootleg Canyon is known for epic high desert dirt. If you are registered for Interbike then you are set to attend the Demo. If this is your first time out there: you must have your badge and sign a waiver prior to boarding the shuttles bound for OutDoor Demo, just like the outdoor demo at Outdoor Retailer trade show.

At a time when brands are investing heavily in pro tour teams while industry statistics point towards a steady decline in road bike sales, the connection between pro racing and the state of the market (and what it means to local independent bicycle retailers) needs to be better understood. The panel, taking place on Wednesday, September 21 at the Mandalay Bay Convention Center in Las Vegas, NV will feature these three experts on the topic, and will be moderated by Tim Blumenthal, President of PeopleForBikes.

“It’s no secret that top global bike suppliers and component makers invest heavily in pro tour teams and events,” said Hus, Vice President of Interbike. “We feel like we’ve brought some of the top minds in our industry to discuss the topic. Our panel will talk about how racing affects general cycling participation in our sport, what the actual return-on-investment is for participating brands and what pro racing (over all disciplines) will look like 5, 10 and 20 years.” . Only 700 guests will be admitted so plan to arrive as early as possible. 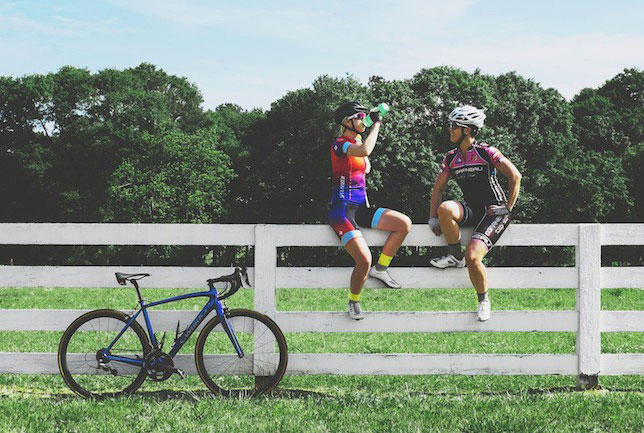 Attention ladies who are lucky enough to go to Interbike: the second annual Women’s Collective is a place where the entire bike industry gathered last year to recognize the critical roles women should play in the industry as consumers, influencers, and leaders.

The theme at the Women’s Collective educational sessions, presented by Verde Brand Communications and Interbike, with the support of Active.com and Camber Outdoors, is “Marketing for Retailers,” and they plan to discuss the challenges of drawing more women into the sport, and to foster a welcoming cycling culture. The four panel discussions will be moderated by Active.com Editor in Chief Melanie Clancy and Kristin Carpenter-Ogden, founder of Verde Brand Communications.

There will also be a special standalone presentation on PeopleForBikes’ new safety initiative called PlacesForBikes by PeopleForBikes’ Director of Research, Jennifer Boldry.

A special Made in America section also returns to Interbike next week. “We really want to shine a light on companies that make products in the U.S.”, said Hus. “There are so many great companies and brands in our industry that proudly manufacture stateside, and our goal with these new initiatives is to help educate retailers, exhibitors and media about their ongoing efforts within the cycling community.”Interbike has partnered with the Outdoor Industry Association (OIA) to bring added resources and a community forum to the cycling industry.

Previously available only to the outdoor community, OIA invites suppliers from the bicycle industry to join their Made in America Working Group for free. OIA’s program, launched in 2012, is a collaborative network of domestic manufacturers that share common challenges, and together search for common solutions. The like-minded group also shares their successes and comes together to speak with one voice to Washington D.C. policymakers on the need to do more to support the revival of U.S. manufacturing.