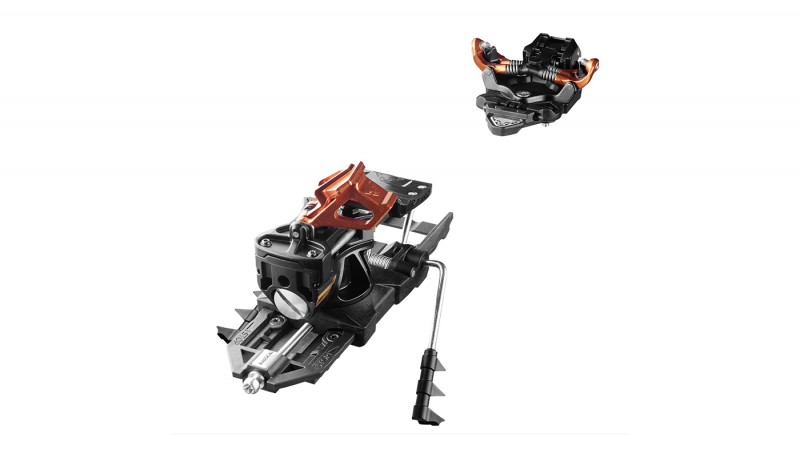 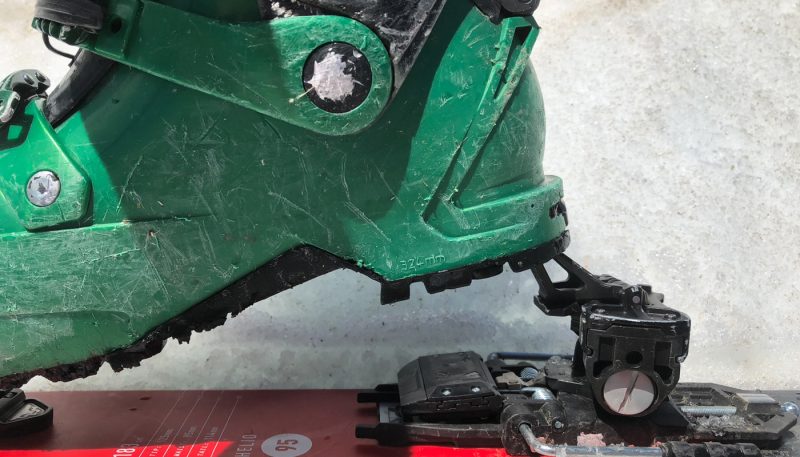 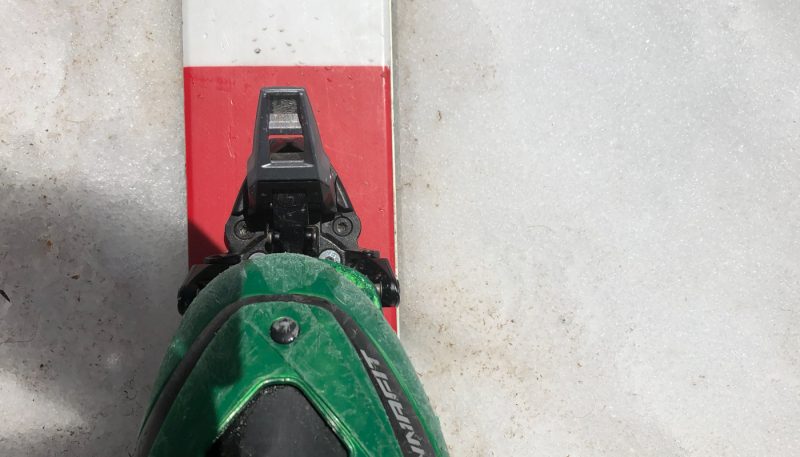 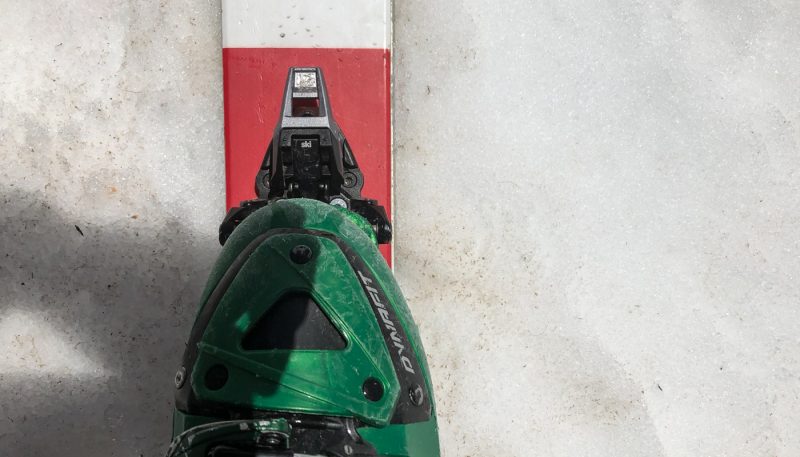 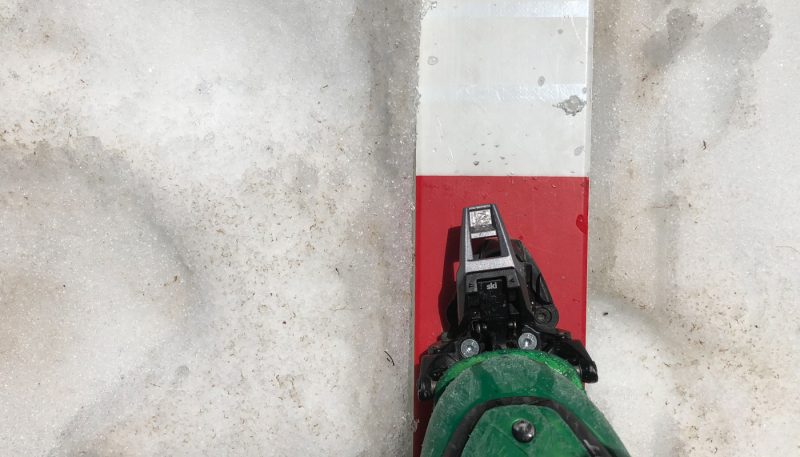 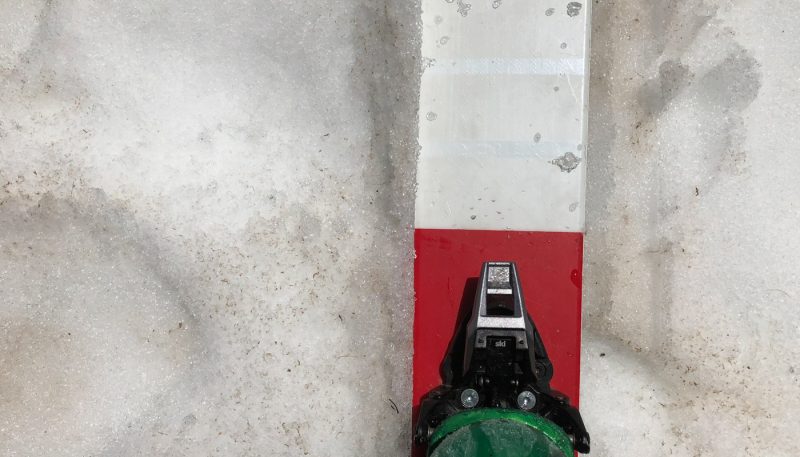 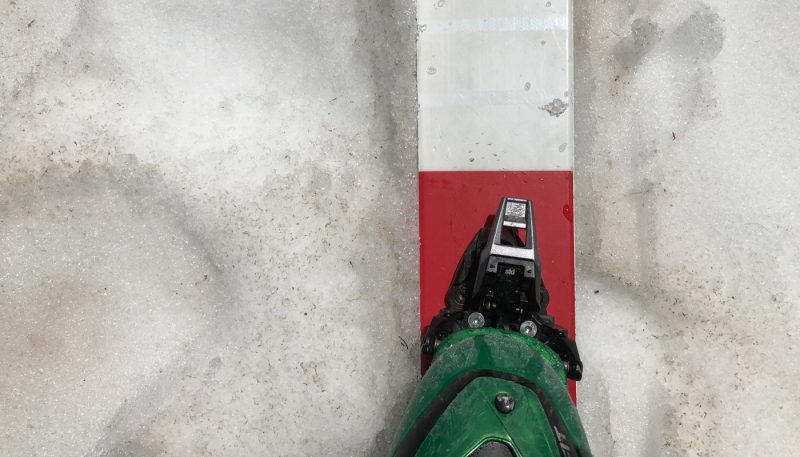 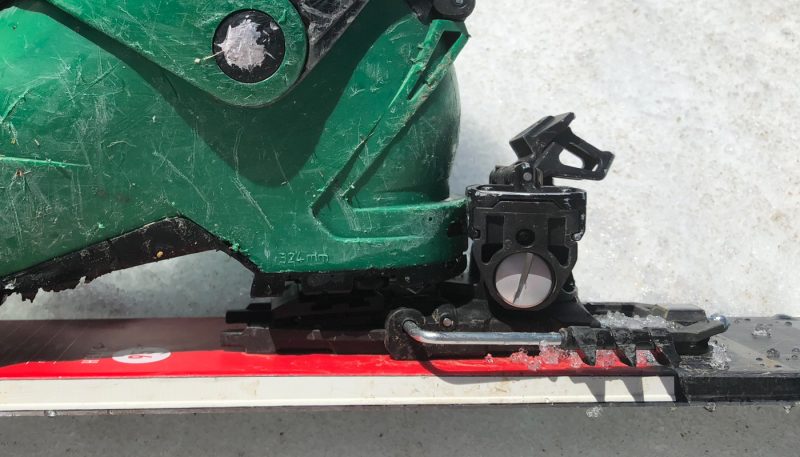 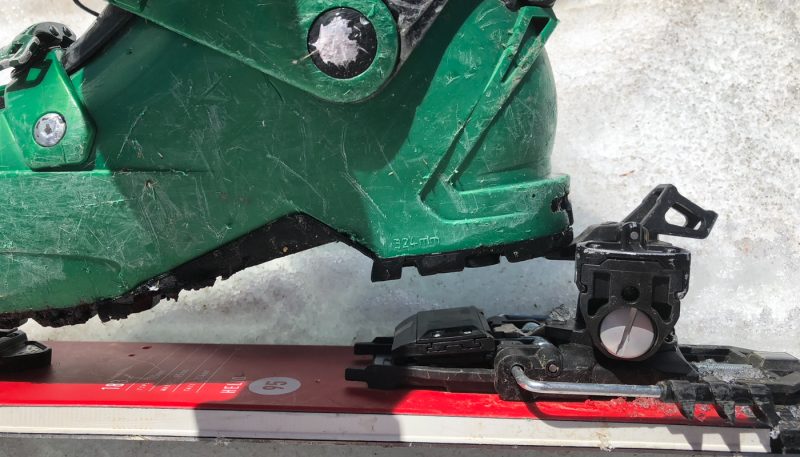 THE VERDICT
The Dynafit Rotation 10 binding picks up where the Radical 2 left off in terms of usability and exceeds it. The Rotation’s simple design is great for the recreational user and the binding stands up to quite the beating. We wouldn’t find ourselves shredding the resort on these with a release setting of only 10.
FULL REVIEW

With such a huge line of bindings, it’s hard not to compare one to the other within the Dynafit line. To the naked eye, one might think the Dynafit ST Rotation 10 – 105mm Binding is simply a Radical 2.0 with a new paint job. But dive a little deeper and we find that Dynafit made an effort to fix the most frustrating part of their previous binding; the step in. By adding a bearing in the toe piece that gives the user a small bit of resistance when it is centered, it makes the old problem of lining up the pins to step in to ski mode or to pull the tab up for touring a thing of the past. Any complaints we may have had about stepping in to the Radical 2.0 have been addressed in the Dynafit ST Rotation 10 – 105mm Binding. Having said that, if you are coming from a binding that did not have a rotation toe piece, it may take you a few times stepping in to be 100% used to it. Dynafit also continued with the brakes being independent of heel rotation, a feature that we think should be standard.

As we talked about in the previous section, Dynafit got rid of some of the fiddle factor with regard to the toe piece rotation. This greatly eases the transition factor for switching between the up and the down in the Dynafit ST Rotation 10 – 105mm Binding. With regard to the heel piece, there is very little change since the Radical 2.0. The tabs are easy to flip with a ski pole, thought the higher riser is much easier than the middle, but a bit of practice and it is a fairly trivial difference. We like being able to rotate the binding into touring mode while leaving the brakes down. Being able to do so leaves the ski stable on the snow surface for those slightly awkward transitions. A quick stomp of the heel and the brake pops up in to place, and off you go. But we will say it again, being able to transition from ski to tour and back without stepping out of the binding would be just that much better. Little has changed for the toe lever, and I usually have trouble clicking it up with a ski pole, unless I’m skiing with a whippet, so as long as you don’t mind bending over to pull it up, it’s not an issue; after all, most backcountry skiers aren’t all that lazy.

The Dynafit ST Rotation 10 – 105mm Binding comes with little changes for the uphill over the Radical line of bindings. A few grams are shaved over the Radical 2.0, but overall the lifters work well. We never had any issues with toe release while skinning. The Dynafit ST Rotation 10 – 105mm Binding may not come in as the lightest binding in class, but it certainly isn’t the heaviest either, making it a great workhorse for your average day out skiing, expeditioning, or ski mountaineering. You may want to find something lighter for those 10,000 foot days that the most masochistic of us push for. For the one ski quiver skier, these are a good balance.

We will say it again: Tech bindings are not designed for hammering high speed, high impact resort laps on a regular basis. With that out of the way, the rotating toe piece makes the Dynafit ST Rotation 10 – 105mm Binding ski more like an alpine binding than others in the category, but that doesn’t mean that we would ever recommend hammering mogul laps day after day. Our testers used these bindings for some serious ski mountaineering on 55-60 degree slopes with zero performance complaints on the way down. We skied these in powder, ice, corn, breakable crust, and avalanche debris. The next iteration with have a 12 din offering, so it seems trivial to complain about the 10 din setting, but we would probably prefer a slightly higher option.

As mentioned above, our testers put the Dynafit ST Rotation 10 – 105mm Binding through the snow and terrain ringer. The toe piece does a good job of letting you know that you are in, and now with the bearing helping you to align the toe, you don’t have that awkward session in a precarious spot of trying to get your heel locked in. We had zero pre-release issues through and through, and whether skiing with the toes flat (recommended), or locked out (old habit for no fall terrain) the bindings performed as well as any. There is no better way to make a good skier look like a bad one than skiing breakable crust, and these bindings had no issue holding up to the test with little wear to show for it. Our testers’ legs may be a different story.