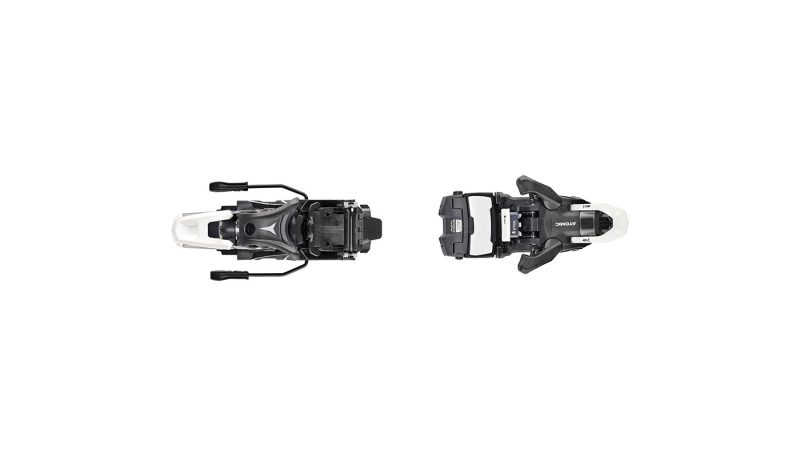 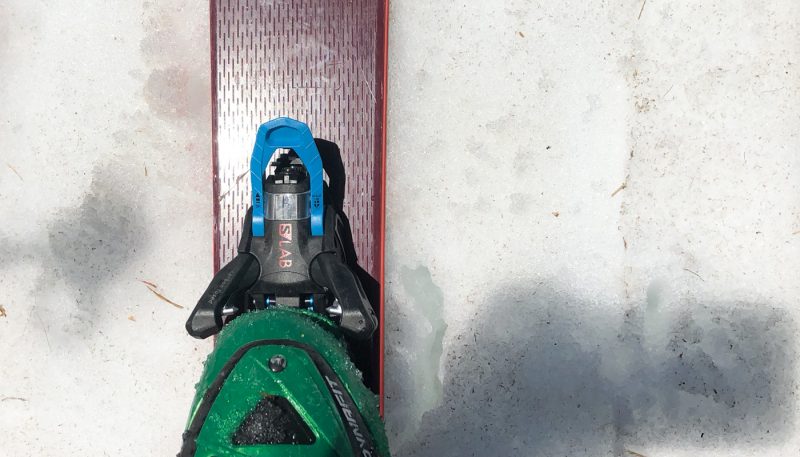 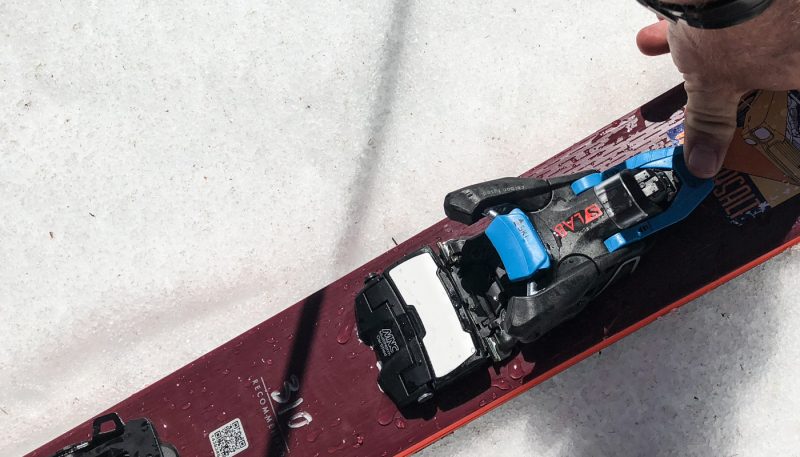 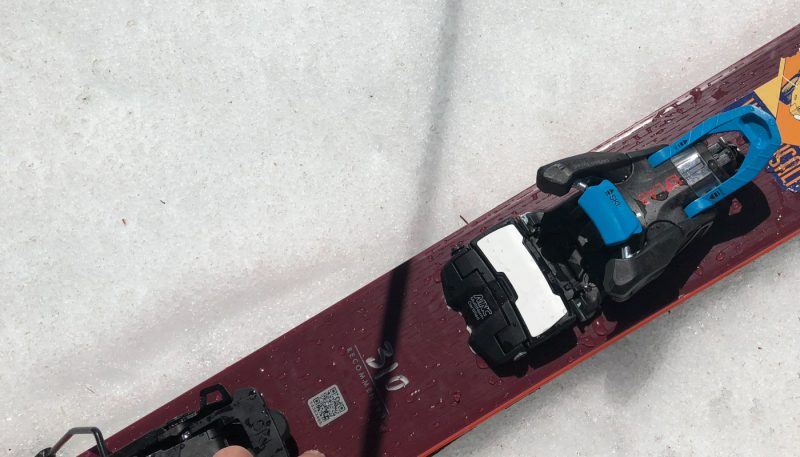 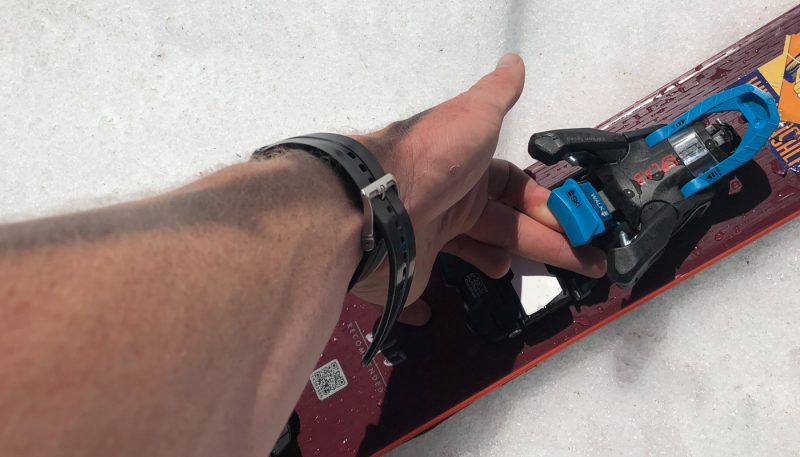 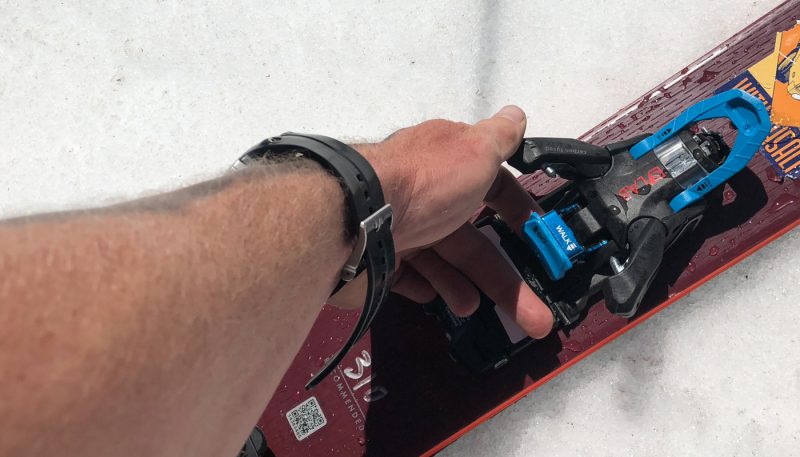 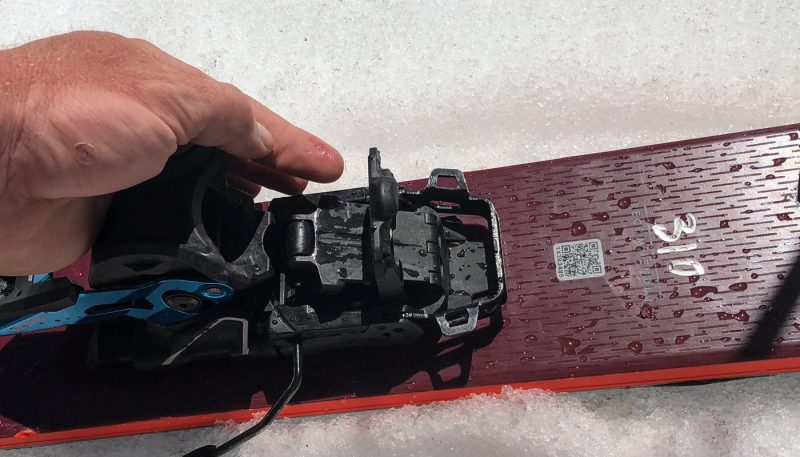 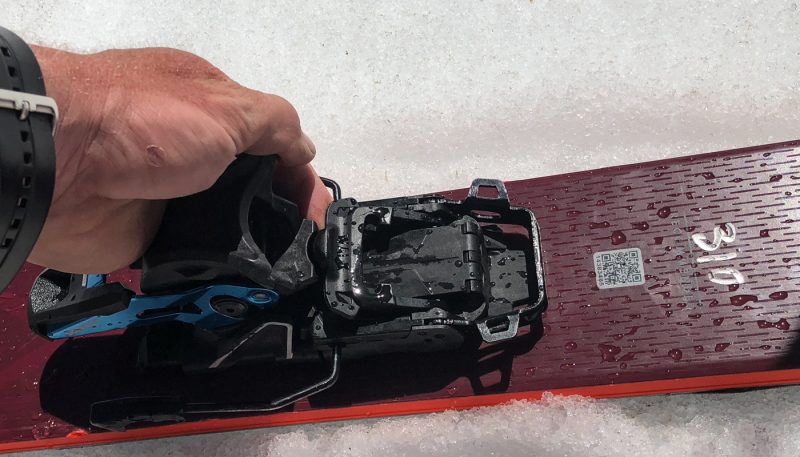 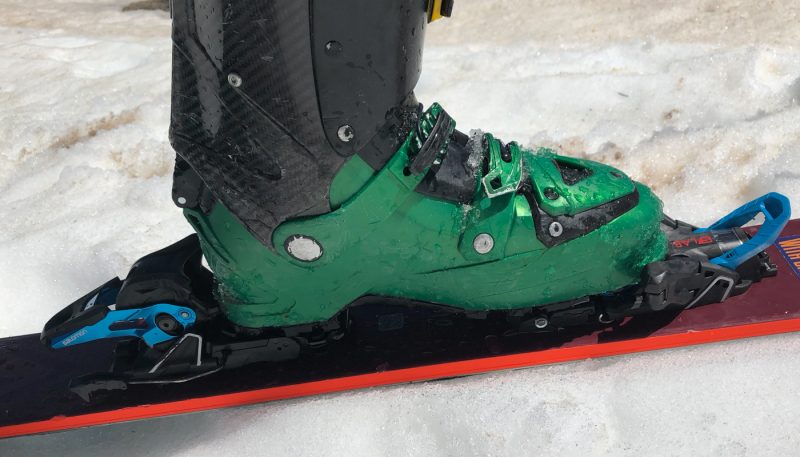 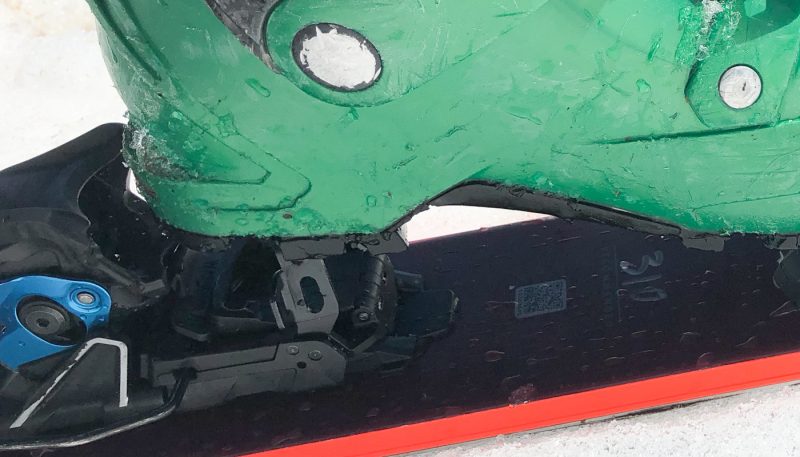 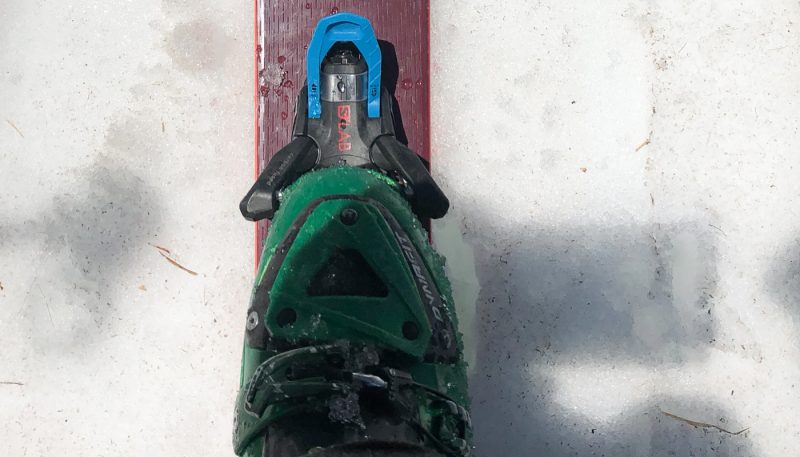 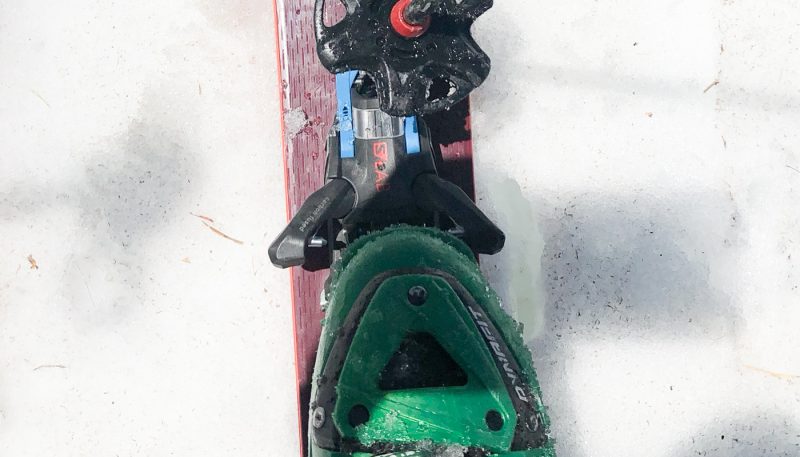 THE VERDICT
The Salomon Shift binding is what the ski world has been waiting for with its alpine style skiing on the way down and tech on the way up. The binding is a bit of a hassle to switch modes in compared to other bindings, but we think the benefits outweigh that. We won’t be taking the Shift on long extended tours or expeditions, but charging hard and short tours are what its made for!
FULL REVIEW

With a binding as revolutionary as the Shift, we have to think about ease of entry in two parts.  Most, not all, tours start with uphill so let’s talk about that first. Once the binding is set up in touring mode, one must hold down the toe lever in order to get the pins to spread wide enough to snap around the toe of the boot.  Once, lined up you release (much like the old Onyx) and it clamps on. You then pull up and you are set to tour. With so many features packed in to a binding, it’s hard to complain, but in regard to full disclosure, it takes more than just a little getting used to in order to be efficient at putting the Shift on in touring mode. Our testers felt it necessary to clean off our boots from snow somewhere besides the habitual toe piece in light of all the small moving parts that are present there.  Hardly a big deal, but we think it is something worth thinking about before kicking away.

When we look at the Shift binding, we have a hard time seeing ourselves taking a 1,700 gram binding on a monster tour, but more likely we think of side/slack country laps, freeride zones, and mini golf pillow lines above Canadian huts just to name a few.  This isn’t to say that this can’t be a one quiver binding, but those who are counting grams and counting seconds in a transition should look elsewhere. The design of the Shift is quite remarkable, as it really does accomplish an alpine descent with a tech ascent.  When making transitions from one to the other, however, it is far from simple. First to go from alpine to touring first lift up a lever that will ultimately lock the brake down. Second, push a lever above the toe down until it says walk, and then push a different lever down to spread the toe wings out to can step in.  For freeride lines and short tours where you aren’t in a hurry, this isn’t much of an issue. Going the other direction is just reversing all of these steps. We think that this binding truly is revolutionary, but ease of transition is not where it excels.

On the ascent the binding provides two-degree and 10-degree options so we aren’t getting quite as much lift as we are out of most of the other bindings in the tech class, but it is pretty close and for what this binding is trying to achieve we think it’s more than adequate.  We think that the “duke” crowd may have their new binding. The Shift has really gone and finished making frame touring bindings all but obsolete. We think that trying to travel with a one ski quiver has always been a bit tough if your trip mixes resort skiing and touring, but perhaps not anymore.  The added weight is noticeable for the uphill, but that is the sacrifice made to ski downhill without worry. And by the time you finish lugging a ski bag around with two pairs of skis and boots, your overall energy savings might be better with just one do-it-all setup.

Going down is the cream of the crop of the Shift provided you have a “normed” boot.  This means that you need to have full size toe and heel lugs. Dynafit users are out of luck with this binding at the moment.  Our testers skied them with the Dynafit Vulcan, and while we have no problems to report, it absolutely goes against the manufacturer’s recommendations.  The nice thing about this binding is that it can be skied as a 100% alpine binding with any alpine boot. We think this is a cool breakthrough for those days when your backcountry plans just don’t quite come together.  We skied them with alpine boots and tech boots, and after a lap or two, it would be hard to describe what we were doing as testing, but rather just skiing powder laps on repeat like we would on any other alpine binding.

We had no issues coming out of the toe in touring mode, and we have have no fall releases that weren’t warranted.  The Shift dominates the security criteria of our test as it truly is an alpine binding with a touring option. Until something crazy happens with the alpine binding industry to make them different or safer than they are now, we think that skiing like an alpine binding is pretty much as good as it can get for this department.  We have skied steeps, cliffs and pillows with these and they hold up as well or better than any other AT binding we have tested thus far.