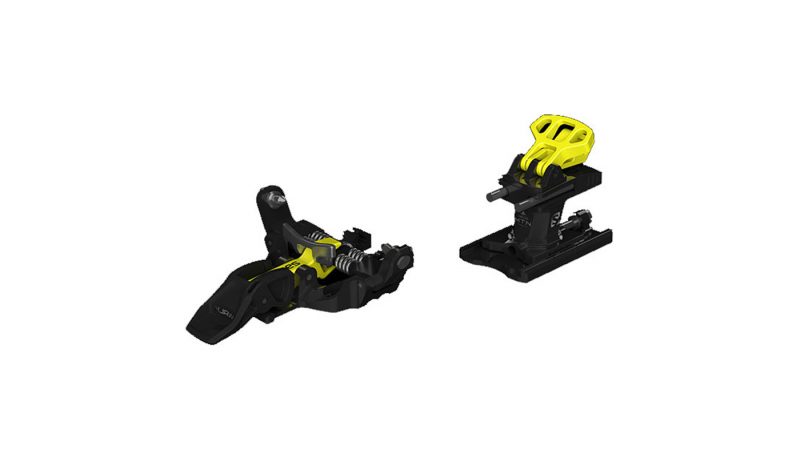 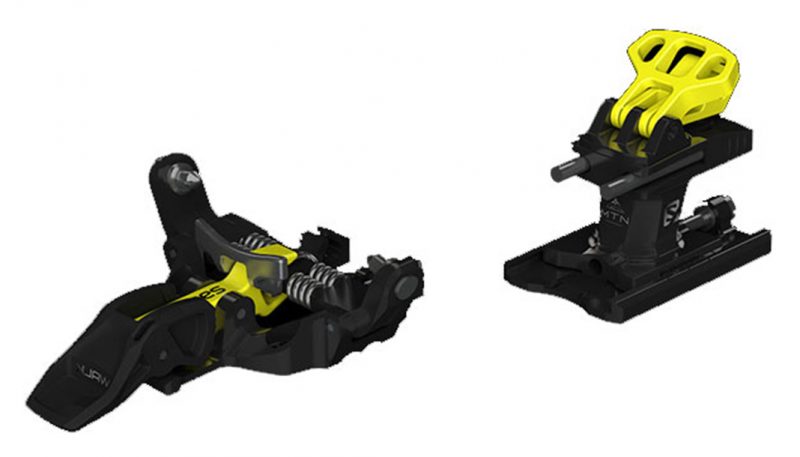 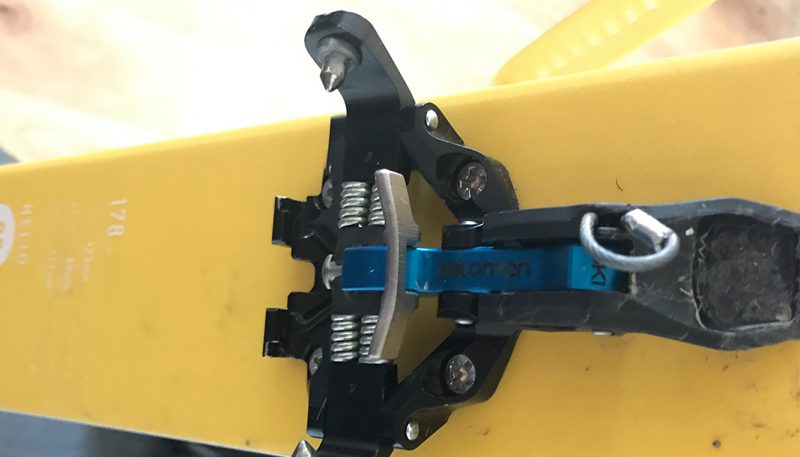 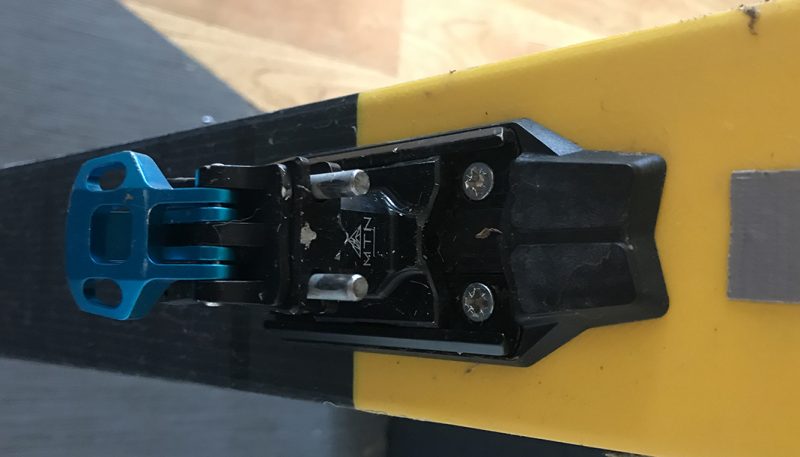 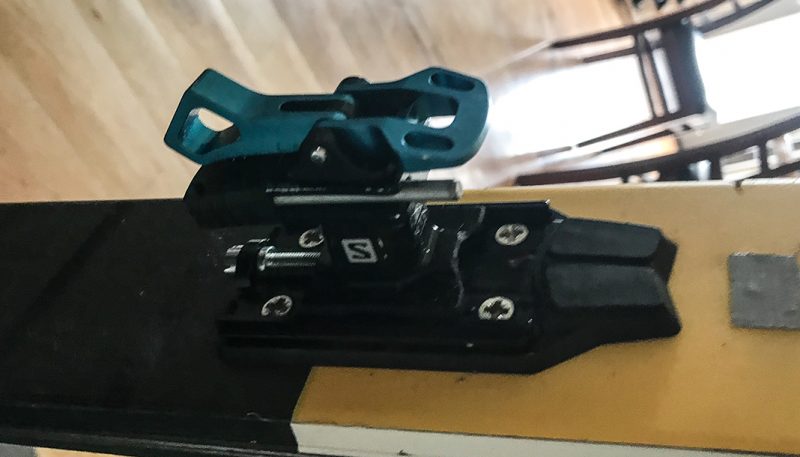 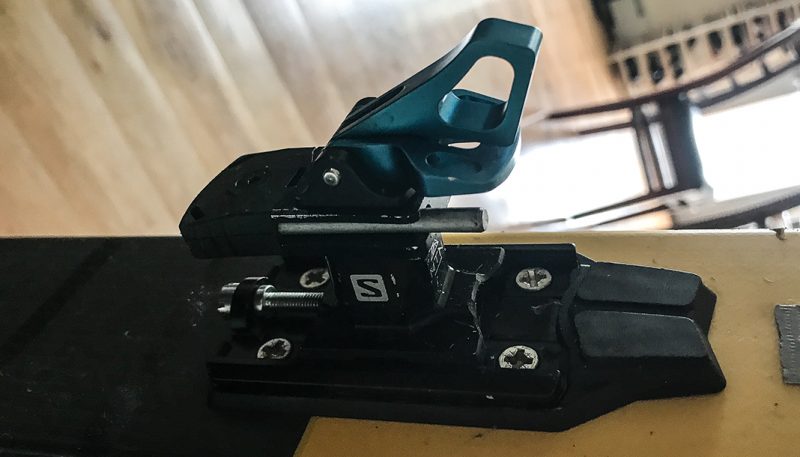 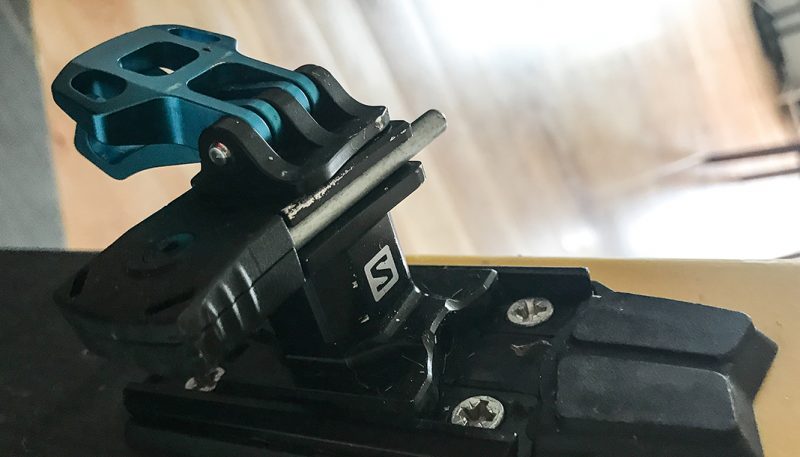 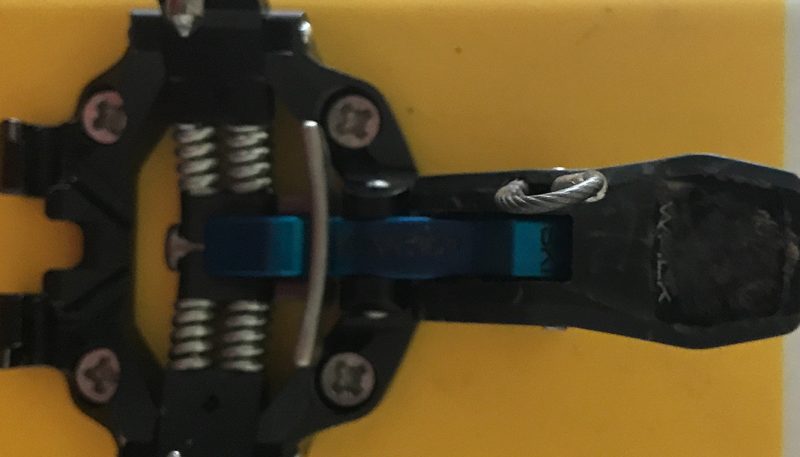 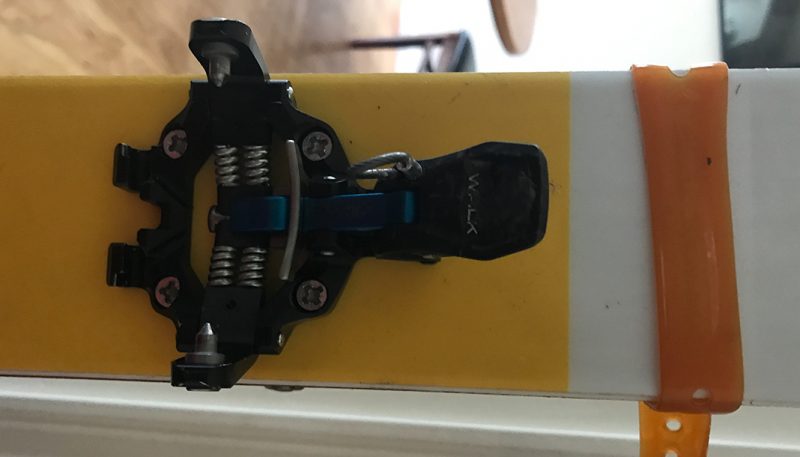 Salomon dove head first into the touring game a couple years ago, and the MTN Tech Binding is the perfect way for them to continue their dominance as a leading ski brand with a great binding with just a few caveats.

Ease Of Entry
Our tester did not find the Salomon MTN binding to be hard to step into, however they felt that it was not as easy as some of the other touring bindings on the market. For the most part, on flat ground it was little more complicated than other bindings. In a couple of hairier transition areas however, the testers found it to be a bit more of a learning curve to step in to than other bindings, but once learned it became as natural as a tech binding gets (pretty unnatural if you are coming from the alpine world).

Ease of Transition
Our tester enjoyed the options on the MTN tech binding from Salomon. Any binding that doesn’t tour flat is usually a hassle, and these allow you to do just that. They also have a time saving option where you can just flip the lifters over to cover the pins if you are headed uphill without an approach. At the top, you can just flip the lifters off, stomp down and proceed to strip skins. People coming from a skimo racing background who want a bit more binding may appreciate this feature. The rear tower rotates independently of the lifters to accomplish this and makes for an easy to use design.

Uphill Performance
While the Salomon MTN Tech binding isn’t a huge weight saving option, its ease of transitions more than make up for the extra grams along with having the full height lifters and beyond easy switches with the pole basket. Our tester had no complaints from an uphill standpoint and with the toe locked out, they sidehill just fine. We also like the built in leash loop on the tow piece that allows for safe glacier walking, as well as a retention device when you use the bindings as tested in this case.

Downhill Performance
With brakes as an option, the freeride scene will be happy. The heel pins can be swapped out for different width pins to create higher or lower release values. While this is an innovative way of dealing with release settings, we aren’t sure that many people will bother to switch them on their own. While it does clean up and make the heel piece more minimal and sleeker, it adds another level of fiddle that many users may not appreciate. Our tester left the biggest stiffest version on there and was more than happy with the down hill performance. Our tester skied the binding with and without toes locked out and had zero pre release issues on the way down, which is good considering Salomon’s long history of making bomber alpine bindings. The only complaint our tester found with the MTN tech was that when the skis were dropped in front of him to click in, often the heel lifters didn’t have quite enough spring to keep them from bouncing over and covering the pins, leaving him to stomp on them if not paying attention and flipping them back out of the way to expose the pins. This issue was minor, and probably easily corrected, but stood out as the main issue.

Security
“Very secure” are the two words that come to mind when skiing this binding. During a somewhat steep and hairy ski descent in the Elks our tester found himself side slipping tip and tail with little support in the middle of the ski and going well beyond the normal flex pattern of a ski, essentially putting almost all of the force into the binding. The binding held beautifully and witnesses remarked on the stoutness of the retention.