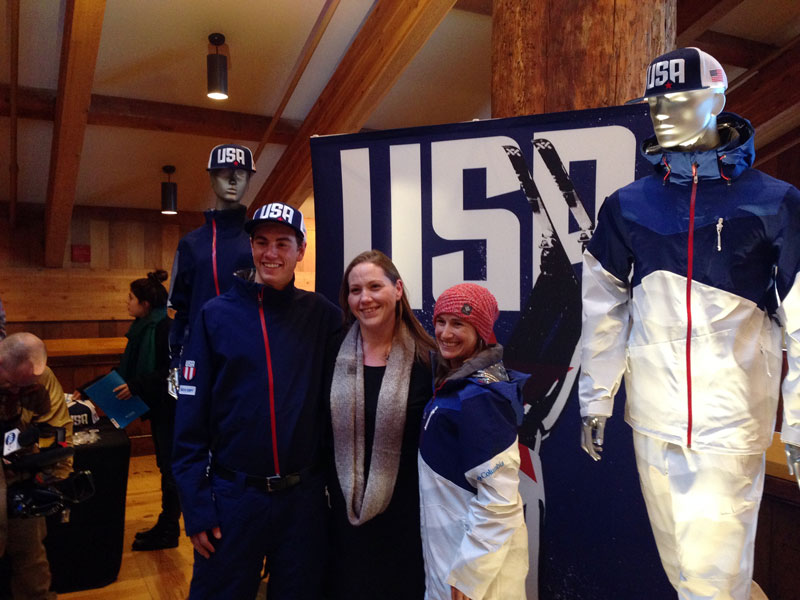 It was a star-filled night in Park City, Utah, as some of the world’s top freestyle skiers—already known for their aerobatics, agility and snow-blinding speed—modeled the new superhero uniforms they hope will fly them to gold at the 2014 Winter Olympic Games in Sochi, Russia. On the eve of the Deer Valley World Cup Moguls Championships, one of the last big events heading into the Games, Columbia unveiled new Olympic uniforms for the U.S. Moguls and Aerials Team, Canadian Moguls, Aerials, and Park and Pipe Team, and Russian Moguls, Aerials, Park and Pipe, and Skicross Team. 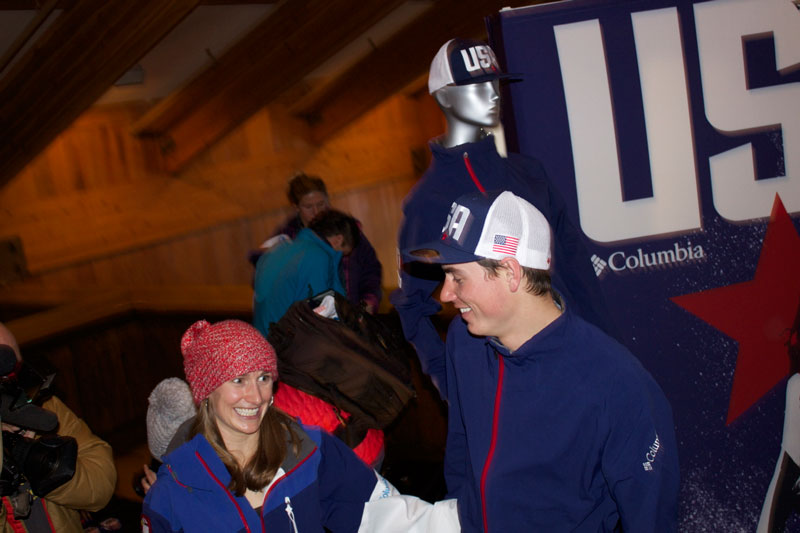 Built in conjunction with athletes such as reigning Olympic Moguls champion and U.S. Team member Hannah Kearney, the uniforms feature Columbia’s new low-profile Lightrail Zipper, Snow Camo to mask body movement (so athletes can look as good as they perform), and Omni Heat Thermal Reflective interiors for warmth. “The superior performance and fit of a uniform can make the difference between earning a medal at this level,” said Tom Kelly, U.S. Ski Team spokesman. Columbia Senior P.R. and Promotions Manager Scott Trepanier said “a lot of blood, sweat and tears” from the company’s design team went into making the uniforms. What he didn’t expect is, “How these Olympics now feel a lot more personal.”