ALL IN! Gear Testing with Columbia in Sweden

If I had a bucket list, I would’ve crossed off at least a dozen items the first 48 hours of my trip to Sweden.

From almost the moment I left Santa Fe, personal “must-do” events like having fresh salmon and an IPA for breakfast on a stopover in Reykjavik, Iceland would have quickly been crossed out with a red pen. 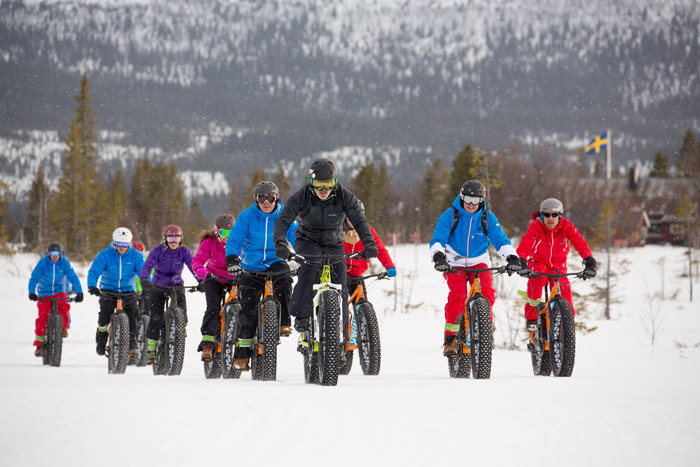 Thanks to Columbia Sportswear’s epic trip to the wonder-filled slopes, storied lodges and airy pubs of Sweden, all those memories are now written across my heart like a song.

The most epic epiphany though—and the most galvanizing for our little cadre of international outdoor writers, gear testers and professional beer tasters—was the fact that when it comes to “after-ski” partying (Nords won’t say “après”) the Swedes are ALL IN!

After a long day of skiing, they race right to the nearest bar, start swigging Carlsberg beer like it was water, and dance in their ski boots as they sing along to pop classics like Journey’s Don’t Stop Believing and Europe’s The Final Countdown.

Along with the realization that U.S. after-ski partying is strictly junior varsity compared to the Swedes, here are five more highlights from the Columbia trip, and five essential pieces of gear that helped me enjoy every minute of being in Sweden. 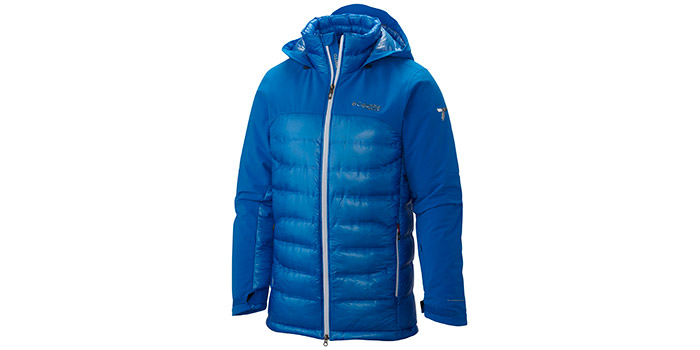 Lake Skating to Snowbiking
Stepping off the plane in Östersund and entering what’s known as the Jämtland Härjedalen region, we clicked into step-skates and immediately began zooming across the frozen surface of Lake Storsjön (the fifth largest lake in Sweden). From there, we drove to Åre, a regular stop on the World Cup Ski tour, where we jumped on some fat tire bikes with Åre Bikes and went powder pedaling. My piece of essential gear for both adventures was the Men’s Heatzone 1000 TurboDown. A Gear Institute Gear of the Show Award winner at Outdoor Retailer Winter Market, I lived in this jacket the entire eight days I was in Sweden.

Skiing and Snowshoeing
The next morning at Åre, we mounted a blistering assault on the slopes, zooming perfect pistes into the valley below before stopping for an incredible piece of salmon and some fresh-brewed acquavit at the rustic Buustamons Fjällgård lodge on the deep skier’s right of the mountain. In the afternoon we explored the off-piste with Phillip Harlaut of Åreguiderna, stormed the After-Ski party at the Fjällgården lodge, then snow-catted up to a little lodge named Vita Renen for reindeer stew and red wine. Then we took a 45-minute snowshoe tour under the stars. Even among such a wide range of activities, the Trail Summit Half Zip kept me dry and warm.

Night Skiing and Meeting with the Sami
The next day, we had lunch at the top of the mountain at Vemdalen, where we momentarily disabled the Vast, the fastest chairlift in Sweden. After beating a hasty retreat to the town of Funsäfjällen, we did some night skiing on the slopes of of Funäsdalen, then had an incredible dinner at the locavore-themed Toppstugan restaurant at the top of the mountain. Drinks with Sami herders who brought along some of their reindeer for the occasion meant my go-to, do-it-all, Jump Off pants were especially interesting to my dog Bettie upon my return home.

Ramundberget Off-Piste Skiing
It was a bluebird day for our last day on skis, hitting the wide open slopes of Ramundberget, where the “Sportmaffian” guides looped us up like a bunch of water skiers behind their snowmobiles and towed us out for some untracked skiing. After a lovely lunch of fresh char at the on-slope Restaurant 1000, it was back to the untracked just as the day’s first shadows were falling. The Shreddin’ Jacket kept me in style, and as bright as the sky, as we celebrated with fresh waffles under a warm Swedish sun.

Stockholm and the ABBA Museum
As a bonus, my flight home was delayed 24 hours due to a major storm sweeping across Iceland. So, doing what comes naturally in Stockholm, I grabbed two traveling companions and went right to the ABBA Museum. The place was packed with four generations of happy singers and dancers who were hitting the in-house disco or wrapping up their own video auditions. My go-to piece, the Royce Peak shirt, another one of Columbia’s fine flannel creations.

For ABBA, for beautiful skiing, amazingly warm people, and a landscape and culinary history like no other, thank you Columbia, and thank you Sweden.