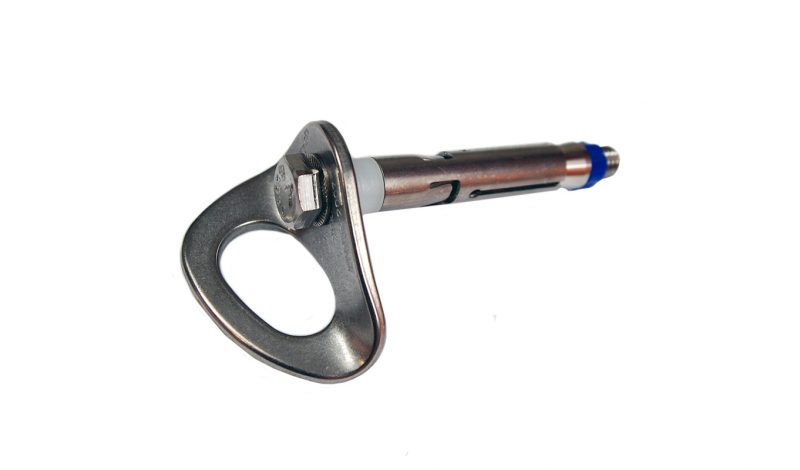 Understand the hardware that guards your life

Climbers usually clip bolts and glue-ins without much thought; many climbers I’ve questioned at the cliffs don’t understand the structure or function of the hardware that lies behind the hanger. The goal of this Fresh Gear installment is to provide a cursory look at sport climbing anchors to bolster the understanding of how they guard lives.

The sport climbing era was ushered in by the use of mechanical expansion bolts. Borrowed from the construction industry and combined with climbing-specific hangers, this pairing has been the standard since their proliferation in the 1990s. 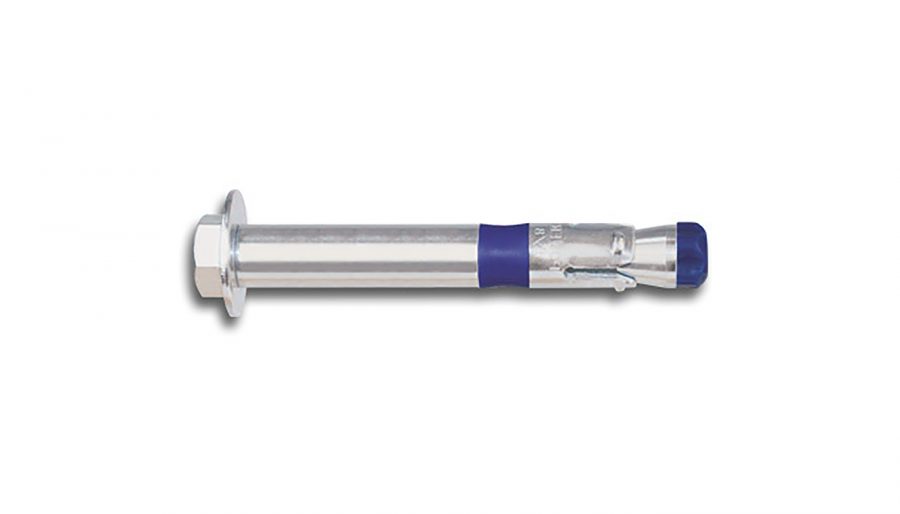 A mechanical expansion bolt relies on a conical nut to expand a sleeve, which presses against the walls of the bolt hole. The common bolt diameters used in rock climbing are 3/8-inch and 1/2-inch, with common lengths ranging from 2-1/4 inches to six inches. 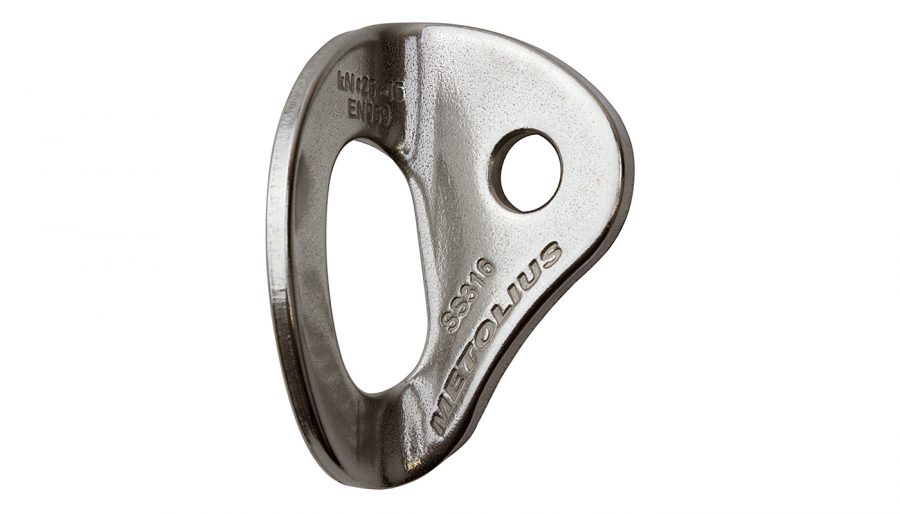 A popular expansion bolt is the Powers 5-piece carbon steel and zinc plated Power-Bolt+. In the ½ inch diameter, 3.5-inch length, the bolt strength ratings are 8,030 pounds in shear and 9,400 pounds in tension in 6,000 psi concrete.

Added bolt length also adds tensile strength; the softer the rock, the more appropriate it becomes to employ the longer lengths of bolts. In hard rock such as granite, going longer than a 2.25-inch Power-Bolt may not have any practical advantage, since even at that length, in that placement, it can already exceed the physical limitations of the climbing gear. But in placements in softer stone, longer bolts can have up to twice the tensile strength.

A bolt’s ultimate strength ratings are dependent a host of other variables like the skill of the route developer and the physical attributes of the rock. The safety margin in the bolt strength ratings and by using larger or longer bolts can help mitigate placement errors or other inconsistencies.

Some expansion bolts are removable, but the process can be laborious and damaging to the rock. Others are cut off at the rock surface and the hole patched. In 2014, ClimbTech introduced the first removable bolt and hanger combination, dubbed the Legacy Bolt. This stainless-steel, 3.5-inch solution is expensive however; it can cost more than three times as much as a zinc-plated expansion bolt and hanger, but they are reusable.

When placements for mechanical bolts are suspect, such as in soft rock, glue in anchors are a solution. These anchors rely on a chemical bond; special adhesives, borrowed from the construction industry, can create connections that are as strong as the rock; the rock has to break before the anchor fails. The two-part adhesives can come in tubes dispensed with caulking guns, or in capsules which are inserted into the hole to be broken and mixed by the anchor itself.

Route developers have successfully used threaded rods as adhesive anchors for climbing but specialty glue in anchors for climbing are available. One popular option is the Wave Bolt from ClimbTech. This stainless-steel anchor carries many advantages: the tapered design helps to prevent migration of the bolt in steep placements as the glue dries and the wavy design provides both interior and exterior surfaces for the adhesive, which “locks” the Wave Bolt within the glue. The Wave Bolt and other one-piece climbing anchors also prevent galvanic corrosion, they lack fasteners to loosen, the glue seals the hole against moisture, and they allow lowering directly off the anchor when required. Some adhesive climbing anchors cost less than some mechanical bolt and hanger combinations. 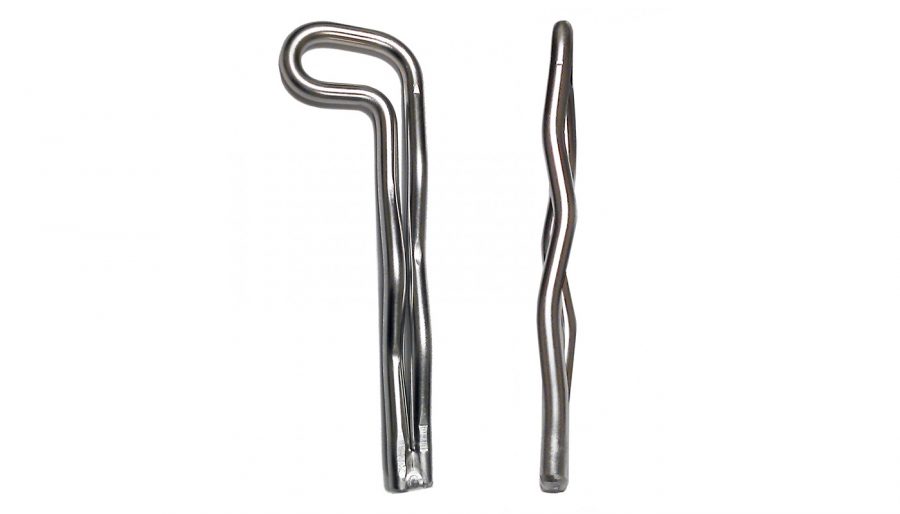 ClimbTech also addresses an issue specific to stainless steel glue-ins; both the manufacturing process and placement can introduce deposits from carbon tools, which can lead to pitting. ClimbTech mitigates this through a passivation process after machining and offering a stainless-steel installation tool.

Glue-in anchors can be stronger and last much longer than mechanical anchors; ClimbTech states that the Wave Bolt exceeds, and sometimes doubles, the UIAA and CE specifications for climbing (15 kN/3,372 pounds pullout, 25 kN/5,620 pounds shear). The ultimate strengths are dependent on rock type, quality, and proper placement. This last issue is a disadvantage of glue-in anchors; they are more difficult and require more care to install correctly. One significant matter is the cleanliness of the bolt hole; the hole must be meticulously cleaned out for proper adhesion of the glue. Some tests have shown a 90% reduction in pull out strength with improper hole preparation.

Some initiatives are proactively pushing the use of adhesive anchors for new route development and to replace damaged mechanical anchors as a move towards improving sustainability.

Although properly placed sport climbing anchors in adequate stone have proved themselves, understanding the structure and function of this hardware can enhance confidence. Increasing knowledge about this hardware may help in identifying anchors that need replacement, adding to the safety of the community as a whole. Finally, some hardware choices for new development and anchor replacement can improve sustainability in rock climbing.