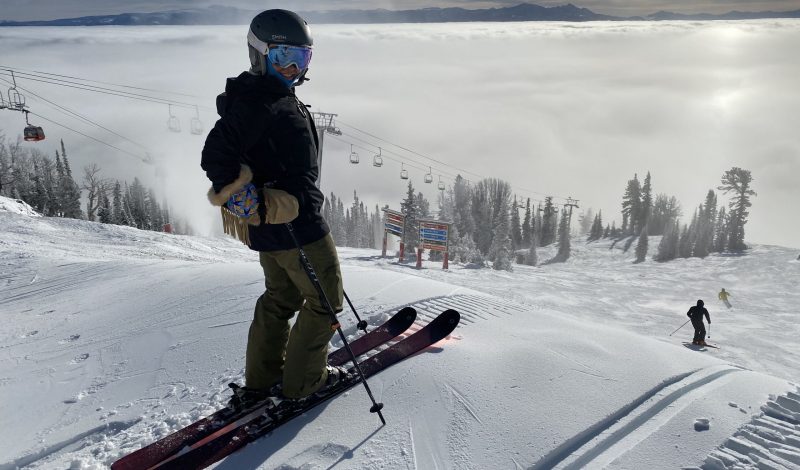 It’s hard to imagine McDonald’s reformulating its milkshake or Converse giving its iconic All Stars a makeover—but by redesigning the women’s Black Pearl skis, Blizzard dared to tinker with a blockbuster. Will women be as wowed by the new and improved versions?

From 2016 to 2020, the Black Pearl reigned as the world’s bestselling women’s ski, so skiers clearly liked it fine the way it was. But Blizzard saw a way to make it better, and for winter ’20-’21, the Black Pearl keeps only its signature topsheet (azure-blue for the 88mm width, and ruby on the 97). The skis’ core, sidecut and rocker profile are all new.

The women’s Black Pearl 88 and 97 (as well as the unisex Bonafide and Brahma models) are now constructed using Blizzard’s “True Blend” wood core, which combines sheets of low-density poplar with extra-dense stringers made of cubed beech. Instead of running those stringers from tip to tail, as other manufacturers have done, Blizzard adjusts their length and number based on the stiffness that designers are seeking from various points along the ski. Each ski model and size gets its own, individual True Blend makeup. For example, the Black Pearl 88 uses one core construction for the 177cm length, but a different core in the 159cm.

And flex is paramount, says Stefano Mantegazza, who does R&D for Blizzard and masterminds the skis’ signature feel. “Yes, camber and sidecut matter too,” he admits, “But a balanced flex determines how happy you are on the ski. With most skis, you can feel the ‘seams’ between the soft, medium and stiff sections,” Mantegazza explains. “But with this development, we could create a truly progressive flex, so you’re locked into the snow, not locked into the turn.”

Mantegazza geeked out on flex and other topics last winter at Jackson Hole Mountain Resort, where Blizzard presented us journalists with an opportunity to test the new True Blend models over three days of skiing. Also on hand were the “old” versions of the Black Pearl, so I could log back-to-back comparisons between the redesigned models and the ones they’ve replaced.

My first session was on the new Black Pearl 97 in the 165cm length–which did indeed feel locked into the snow. I bit easily into the firm mid-December hardpack, and found that the more I stood on the ski, the more it responded. I followed skiers that prefer faster speeds than I generally aim for, but the 97 never quaked. Nor did it insist on an arc that I preferred to change: Anytime I needed to abort my turn or zag away from an oncoming skier, the Black Pearl obliged.

That maneuverability really shone during my runs through glades of shady conifers near the Sublette chair. The cut-up snow presented a mix of soft zones (in the shade) and heavier chop (in the sunny spots) but the Black Pearl plowed through it all, thanks in part to a little extra heft. The new Black Pearls are about 5 ounces heavier than last year’s. But the soft tip and relatively turny sidecut (the 165 has a 15-meter turn radius) made it easy to zipper the ski through the trees.

The Black Pearl 88 was more of a racecar. I tested it in both the 165 and 159mm lengths but much preferred the shorter ski, which maximized maneuverability with no apparent loss of stability. The 88’s super-tight turn radius (13 meters at 159) made it feel like a hummingbird, zippy and acrobatic. Yes, this is a delightfully playful ski that romps off kickers and discos through the bumps.

Yet the 88 was also more obliging at slower speeds than the Black Pearl 97, which felt clunkier during super-lazy maneuvers. Both models love to fly, and if there’s a limit to their stability at high speeds, a pro might find it but I never did. The 88, though, has a wider range of mojo: It’s more playful during slow, low-energy turns than the 97, so it’s probably the better choice for women who cruise at all zones of the speedometer, from super-fast solo laps to meandering ones with a learning toddler.

Then, I clicked into the “old” Black Pearl 88, and I felt like Cinderella after the clock struck midnight. I enjoyed less of everything: Less stability, less edge hold, less energy. The skis felt maneuverable but insubstantial, so that whenever I loaded them with the full force of all the junk in my trunk, they felt skittish, unreliable. Apparently, I wasn’t the only one to experience that.

Mantegazza says that the old Black Pearl performed best when skiers tipped the edges into high, aggressive angles. “But a lot of the Black Pearl’s riders are not creating those crazy edge angles, and when that’s the case, the skis tended to tremble and shake, and the rider loses confidence,” he explains. The new Black Pearls, however, release their magic to an even wider range of skiers, from the race-trained angulators to slarvers like me. My low-angle edging didn’t coax much vigor out of the old Black Pearl, but it was all the input required to rip and zip on the new version.

Thus the new True Blend Black Pearls offer more performance for everybody: More trustworthiness for easygoing skiers, yet more punch for the very best shralpers. That latter camp includes Blizzard’s sponsored pro Marcus Caston, a 170-pound man who’s added the 171cm Black Pearl 88 to his quiver. “It’s replaced my Rustler 9 in 180,” he says. “I love [the Black Pearl’s] variability in turn shape. Short or long, it’s all okay. And I can nuke it fast on those skis and they handle it,” says Caston.

He was standing beside a ski rack at the base of Jackson Hole Mountain Resort when two guys walked up to issue their compliments. The three men exchanged nods like proper bros, then Caston astonished his fans by clicking into the azure-blue Black Pearl 88.

*When you shop at our partners, a portion of your purchases supports our work at Gear Institute. 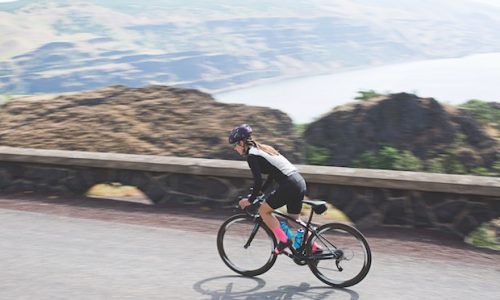