The Buffalo Tent Offers Shelter in All Kinds of Weather 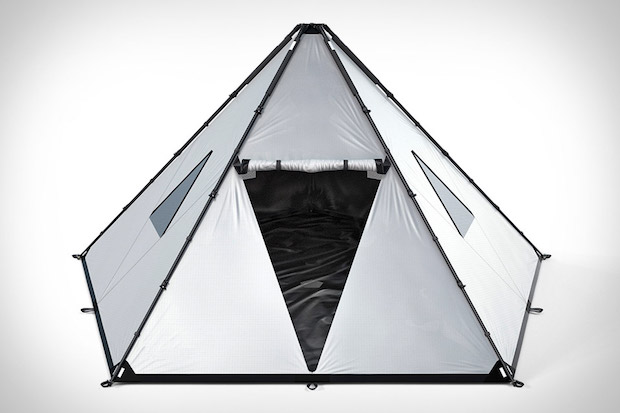 We all know that the right tent can make all the difference when trying to get a good night’s sleep while camping. That tent not only provides shelter from adverse weather conditions, it also needs to be spacious enough to accommodate everyone comfortably as well. That was exactly the premise behind the design for the new Buffalo Tent from a company called Alien Buffalo. The tent was originally built for use at festivals like Burning Man, but it has a lot to offer campers in a variety of other settings too.

When designing the tent, Alien Buffalo founder Barrett Lyon was on a mission to create the perfect shelter for use at Burning Man. It needed to be able to provide relief from the intense heat found in the Black Rock Desert of Nevada, while also creating a space where campers could just sit and relax in comfort too. It took several tries to get the design just right, but from that process the Buffalo Tent was born. 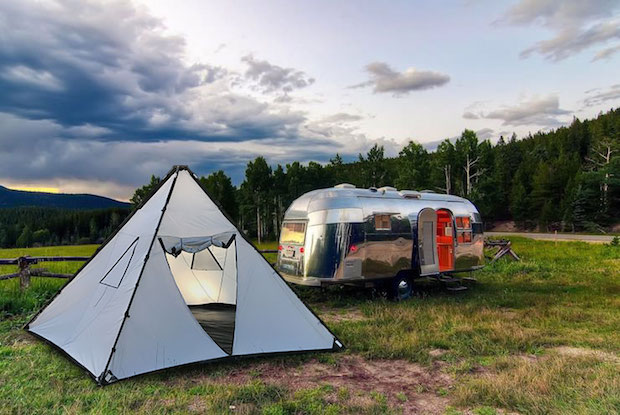 Available in a standard version and a Mini model, the Buffalo Tent can be set up in just a few minutes; is built to withstand high winds, rain, and snow; and can comfortably accommodate a surprising number of campers. The larger tent is built to house as many as 14 people, while the Mini can accommodate up to 8 campers. Better yet, the tents are tall enough that most people will be able to stand-up inside of them without having to slouch over, and Alien Buffalo says that they offer plenty of ventilation as well.

The structure is supported with a unique frame that can be popped up with the tent essentially already in place. That frame can support as much as 250 pounds of weight suspended from the ceiling, but it doesn’t use any interior poles, which helps to free up extra space. The result is a freestanding structure that is tough and resilient. The Buffalo Tent has been tested in winds in excess of 60 mph, and has passed with flying colors. 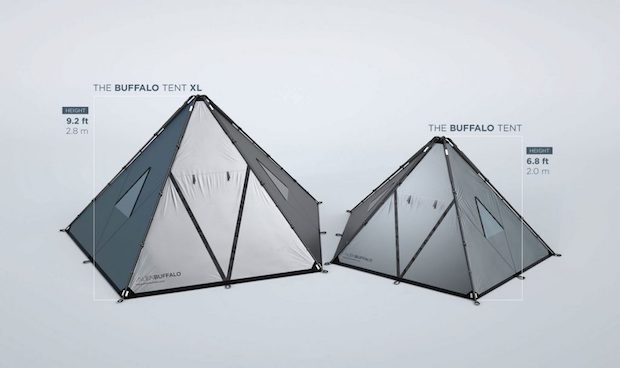 Weighing in at 44 and 30 pounds respectively, the Buffalo Tent and Buffalo Mini are far too heavy to lug into the backcountry. But, they do make excellent car camping shelters and are a good choice for overlanders as well. The tents could also serve as a basecamp shelter for extended expeditions too, particularly since they are so well suited to take on poor weather conditions right out of the box. That level of protection goes up significantly however when you add an optional fly, which is expensive at $500 but provides yet another layer of armor against the elements.

Speaking of price, the two tents don’t come cheap either. The larger version carries a price tag of $1499, while the Mini will set you back $875. That’s obviously quite a bit more than the typical dome tent that most of us carry on a camping trip, but when you factor in the size, stability, and ease of set-up, those prices don’t seem quite so shocking.

The Buffalo Tent is shipping now, while the Mini will become available in January of 2017. Find out more at AlienBuffalo.com.