Bump Shoulders with Pros at this Unique Front Range Fondo 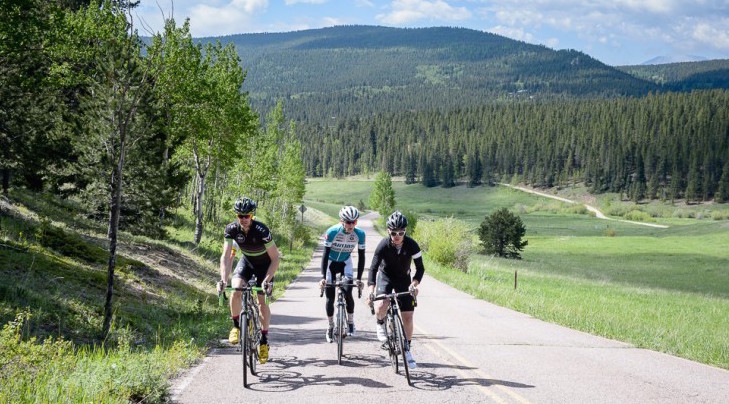 The second annual Indian Peaks Classic charity ride exploring some of the steep and unique roads along the famed Peak to Peak Highway is coming up on September 4, 2016.

In its second year, the Indian Peaks Classic brings back a one-day gorgeous look at a mix of roads that combine gravel, sweeping descents, known climb sections (Strava geeks) and an extremely laid back sense of cararaderie and rider support in what I might call the new fondo experience, where riding bikes outside and eating food with friends is more important than corporate swag bags.

It also has a killer mix of well-maintained gravel roads, which we here at Gear Institute are all about.

The Indian Peaks Classic is a catalyst to experience roads that many Front Range cyclists have never ridden. The event also unites the often-divided groups of recreational and competitive cyclists into a collective effort to support future growth of the sport.

Indian Peaks/Boulder locals and former professional cyclists Timmy Duggan and Ian MacGregor founded the Just Go Harder nonprofit foundation in part as a scholarship vehicle for the Eldora Mountain Ski Club and Singletrack Mountain Bike Adventures, where the two both got their start in competitive sport.

“Both Ian and I were truly shaped by this area, this community and the athletic and outdoor opportunities in the Peak to Peak area,” said Duggan, former U.S. Road Champion and 11-year pro tour rider. “The Indian Peaks Classic puts the best the area has to offer into one super fun event to wrap up the summer.” Some of the pros and industry personas on the ride last year included Steven Nyman, Duggan and MacGregor, Kiel Reijnen and Lucas Euser of the United Health Care Pro Cycling Team, as well as Allen Lim and Chef Bijou from Skratch Labs.

“The Indian Peaks Classic gives people the opportunity to ride a set of roads that aren’t often traversed by the Boulder cycling crowd, while experiencing the amazing beauty of the Indian Peaks area,” said MacGregor, who not only raced professionally from 2005 through 2010, with career highlights including winning back-to-back U23 National Championships, a stage win at the Tour de Beauce, and a stage win at the Fitchburg Longsjo Classic, but is also CEO at Skratch Labs.

The ride will benefit The Just Go Harder Foundation Scholarship for the Eldora Mountain Ski Club and Singletrack Mountain Bike Adventures — the grass-roots athletic programs that sparked the cycling careers and passion for sport of more than one local pro – with whom you’ll have the opportunity to literally rub shoulder with, eat food and swill beers in the park in Nederland, Colorado, with after the ride.

There’s also a VIP dining experience at Arugula Ristorante in Boulder the evening before the ride on September 3. This Sneak Peak is an exclusive preview event with a welcome reception and dinner at Arugula on Saturday night at 6:00 pm – as well as a 7:30 am VIP breakfast at Salto Coffee Works (and the Tin Shed bike shop) in Nederland. Net proceeds from the Sneak Peak also benefit the Just Go Harder Foundation. 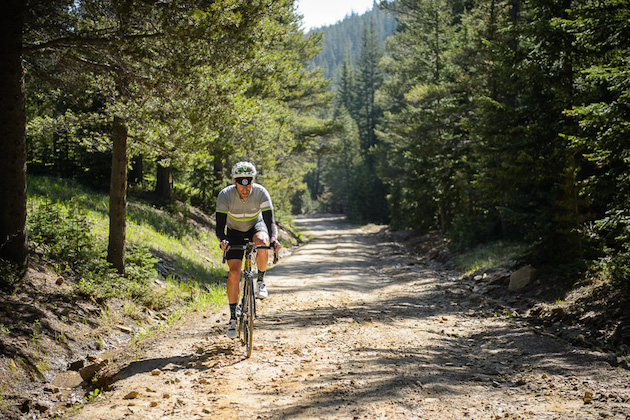 Riders can choose one of two routes along the Peak to Peak and Golden Gate State Park. Compared to 2015, riders will experience a reversed and slightly modified route in what we hear will be slightly easier than last year’s crusher. The Short Route is 32km in a reversed and tweaked version of the 2015 route. Beginning at Jeff Guercio Memorial Park on the shore of Barker Reservoir, the climb out of Nederland to Coal Creek Canyon will get the heart pumping before a gradual descent winds down to South Beaver Creek Road (dirt) that gently climbs back to up to the Peak to Peak Highway.

The 58km Long Route follows the short route before descending further down Coal Creek Canyon and climbing the famously winding hill up to Wondervue. A short descent meanders through Crescent Junction then climbs up Twin Spruce Road and onto the rolling dirt hills of Gap Road and Golden Gate State Park. Riders then roll back toward Nederland on the Peak to Peak Highway and test their mettle on the one-mile KOM before descending quickly down into town for food, music, and libations.

People have their choice of some or all of the VIP options in addition to the main event: VIP dinner only $75; and VIP Dinner plus Breakfast, Main Ride and Event Jersey is $299.

Salto is the go-to meeting place for cyclists these days in Nederland. The ride will provide a literally breathtaking challenge for all skill levels, especially given the 8,400-foot start in Nederland and 6,000 feet of elevation gain on the long route.

Register as soon as possible to reserve your spot at www.indianpeaksclassic.com.