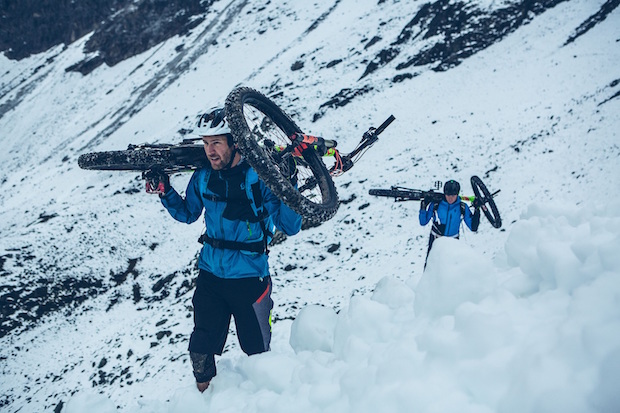 It seems that every few years mountain biking goes through a revolution, rendering previous technology all but obsolete. When was the last time you saw a bike with cantilever brakes? While the latest trend may not be so all-consuming, it’ll certainly make you think twice about that bike you just spent thousands on.

We’re talking about plus-size mountain bikes, and they’re definitely making some plus-size ripples in the industry. As they should be – they’re basically two bikes in one, and if you keep reading you’ll even see how Santa Cruz just launched a 4-in-1 bike in the plus category. 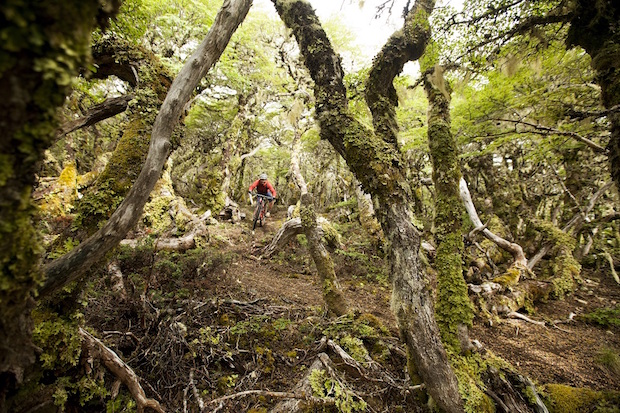 Plus-size bikes are defined as having frames that can accommodate standard and plus-size wheels and tires loosely ranging from 2.5” to 3.5”, with rims from 35mm – 50mm (external) depending on the bike. These rides are an ingenious compromise (in this reviewer’s humble opinion) between the last huge trend – fat bikes – and the one before that – larger wheel diameters. After riding either or both, it’s quickly obvious that these technologies are more than just the latest fad, as they do what they’re supposed to and they do it well. 27.5” and 29” wheels simply roll smoother and faster than 26”, while fatter tires are invaluable for muddy, snowy or sandy trails. On top of that, they can also take the place of a suspension on less technical trails, even when dry, because they can also be run at far lower tire pressures, increasing traction and compliance as a result.

The beauty of plus-size is that you get the best of both worlds, with only minimal sacrifice on either side, including an overall weight increase of about one to three pounds. With one bike you can use your ultralight, standard-width, carbon racing wheels, with 2” tires for that technical XC race on Saturday, then swap over to plus-size wheels with 3.5” tires to play in the snow and slop with your buddies on Sunday. And if you can’t afford two sets of wheels, current standard-width wheelsets can handle wider tires than just a few years ago, and plus-size wheels can take tires down to 2.8” which may not be ideal for XC-races but will work just fine for most of us under a wide variety of conditions. 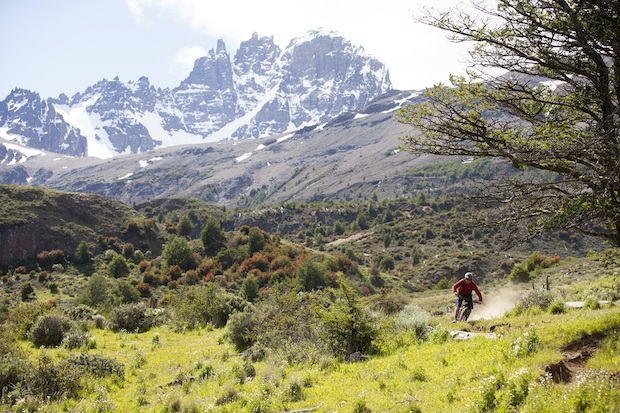 “The ability for a customer to switch wheels from the plus size to a regular 29″ or 27.5” setup (as long as they are the right hub width), now gives a rider the chance to have two different bikes: a plus-size fun bike on one day and a race setup another,” says Nic Sims, Director of Marketing for Scott Bikes.

While there are obvious advantages for the less experienced rider, with added traction, more stable cornering and a smoother ride, Don Pallermini, Marketing Manager at Santa Cruz says there are advantages for all levels. “[Plus size] is analogous to parabolic skis – it makes it easier for less experienced riders. Plus wheels add a little cush, give you tons of traction, and ostensibly widen your margin of error. And indeed we’re seeing more and more plus wheels spec’d on entry-level bikes, particularly hardtails. 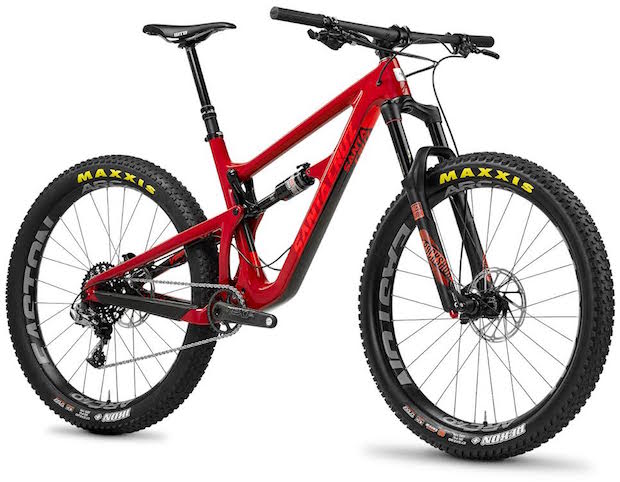 “However, like suspension or disc brakes, what’s “easier” for one rider may be a performance enhancer for others,” he adds. “Nathan Riddle, one of our pro Enduro riders, has spent a lot of time on plus wheels and thinks they’re faster in certain conditions. He points out that standard tires can bog down in, say, blown out, flattish turns whereas plus tires have a way of floating over and keeping momentum and traction in the same instance.”

In what is widely considered the first plus-size mountain bike, the Rocky Mountain Sherpa, launched at Sea Otter in 2014. Most brands have since cautiously entered the plus realm, launching one or two models in ‘15 or ‘16 to test the waters, with plans to increase as the market demands. This is similar to how companies took to the 29er movement as well. We’re certainly not talking about fringe brands either. Along with Rocky Mountain, Scott and Santa Cruz, major players like Trek, Ellsworth, Niner, Salsa, and many more, offer at least one model of plus-size bike for ‘16. 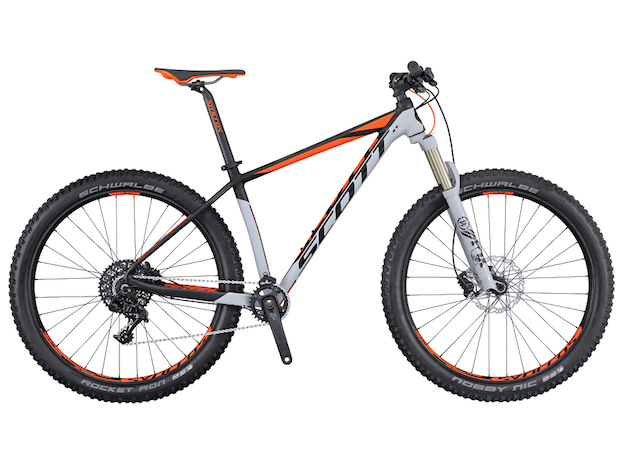 Some aren’t waiting for the market, however – they’re betting on it. For instance, Scott bikes, – no stranger to going big with new technologies – is jumping in head first by offering eight plus-size models in 2016 across three families, including their highly touted, flagship Genius line. “Just as Scott was one of the first to heavily invest in 27.5” wheels, we are again going deep into the plus bikes,” add Sims. “We believe they offer benefits for every level of rider: The increased traction the tires offer is a huge boost in confidence to the new or nervous rider, and that added traction makes the fast guys really fast.”

As if plus isn’t enough, Santa Cruz is taking this one step further with their Hightower line, which just launched on February 2nd. Not only does this plus-size offering give you the choice between fat and (relatively) skinny tires, it’s also convertible between 27.5” and 29” wheels with a swap of forks and a flip of a pivot chip. The frame comes with 135mm of travel, a reversible pivot link that allows for a more upright 29er position, a 140mm fork, or a slacker 27.5er with a 150mm fork which also accepts a wider tire. They’ll handle up to 2.5” and 3” respectively. The option does exist even without swapping forks, but the brand recommends the proper fork for the optimal geos. 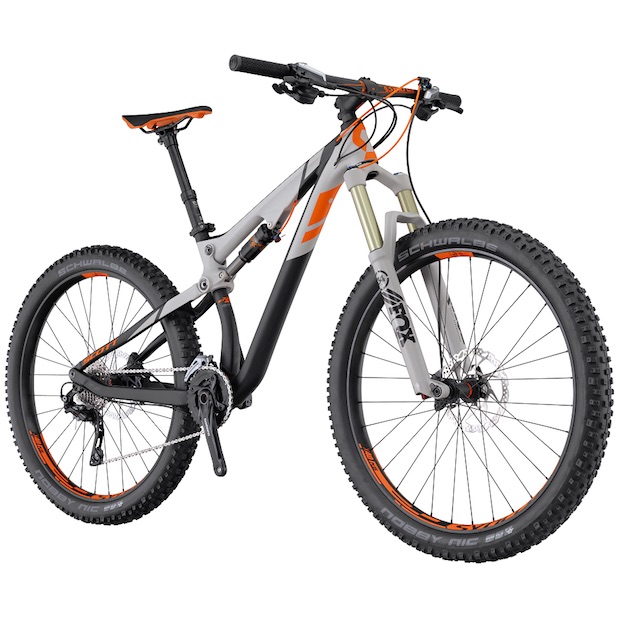 Scott is confident this bike can perform in an unprecedented variety of terrain and riding styles. “If straight line speed, rallying through rock gardens, and sprinting out of turns is your bag, then 29” wheels are the big ticket,” says Pallermini. “Upgrade to carbon rims and you have a precision instrument on your hands. When conditions get loose and the traction just ain’t there, you’ll want to reach for bigger tires. 27.5+ elevates Hightower to a whole different level, enabling you to rise above the pow, rail the soft spots, and carry momentum where standard tires bog down.”

The naysayers out there will certainly write this off as yet another unnecessary trend that’ll disappear after a couple years. Maybe so. But they said the same thing about suspension, disc brakes and larger wheels. My money is on the plus-size category to stick around, especially in the 27.5” bikes where it’s better suited. It offers those without the means to buy multiple bikes the opportunity to have one bike to ride it all – even if the performance may be slightly compromised. Most folks would rather be able to ride in the snow on a less-than-perfectly-suited machine than not at all! 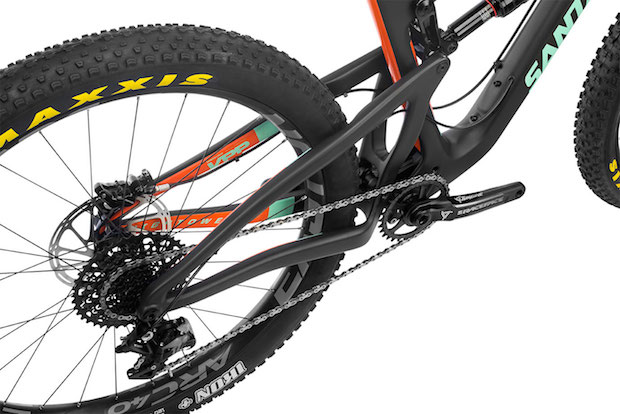