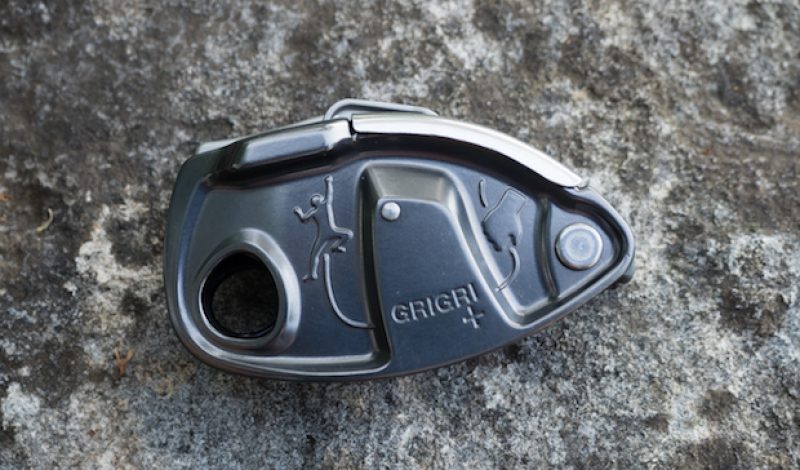 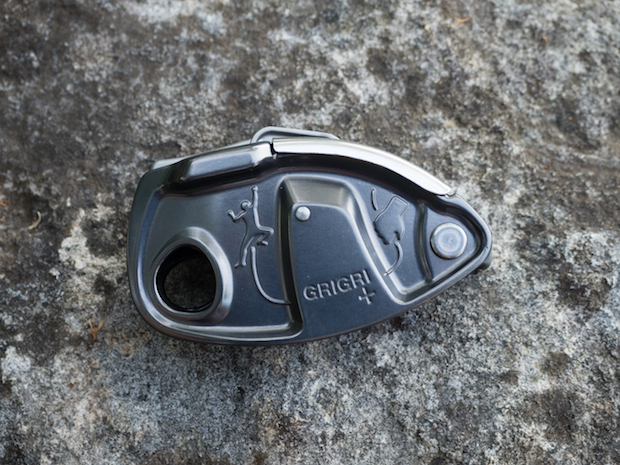 Petzl pioneered the world’s first braking assisted belay device in 1991, naming it after an African good luck charm, and forever altering the lifesaving routine of belaying while climbing. The GriGri was eagerly accepted, the reassurance and convenience of the braking assist function was particularly welcomed by the sport climbing community. The venerable device got a major update in 2011 with the release of the GriGri2, which accommodated thinner ropes (down to 8.9mm) that were becoming more commonplace at the time. The GriGri2 also went on a substantial diet, dropping 20% of its weight and shrinking in size by 25% too. Now, it is easily the most visible and common braking assisted belay device at sport crags and gyms.

Petzl just released a new device, dubbed the GriGri+, not as a replacement for the GriGri2, but an additional device containing extra safety and functional features. The GriGri+ comes with a “Belay Mode Selector” in the form of a switch that changes the spring tension on the cam to lock in the rope. Setting the selector to top rope mode lessens the spring tension on the cam, allowing the cam to rotate under less force, engaging the rope at a lower threshold commonly seen in top rope scenarios. The lead climbing setting places more spring tension on the cam, raising the threshold of engagement to better match the dynamics of lead climbing and greatly easing the task of paying out slack quickly when clipping. The Belay Mode Selector also has an optional lock to prevent accidentally switching modes as well. 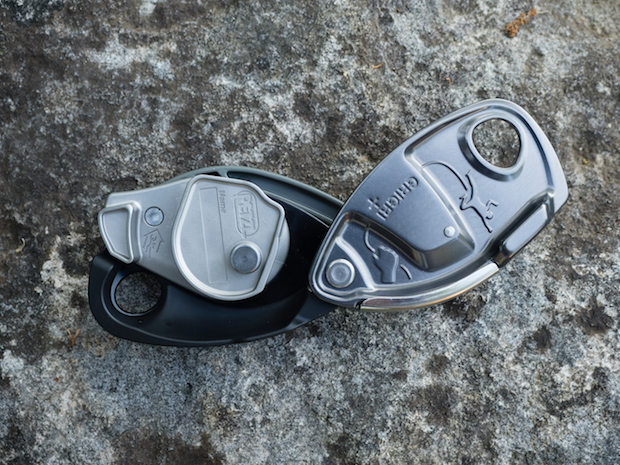 The GriGri+ also has an “anti-panic” handle used for lowering the climber. If the belayer pulls down on the lowering handle too quickly or with too much force, the device will lock the rope to prevent the climber from descending too rapidly. Releasing the handle completely resets this function and lowering can be resumed.

The Petzl’s new device is slightly larger in all dimensions than the GriGri2 and the lowering handle is a little longer too. It gains a verified 34g over the GriGri2 with a total weight of 204g. The right side plate of the GriGri+ is forged aluminum instead of the shaped sheet aluminum found on the GriGri2. Petzl also added a stainless-steel wear guard on this side plate at the points of continual rope contact.

I used the GriGri+ continuously for six weeks while guiding and personal climbing at an extensive local limestone sport crag. Various rope diameters were used in both lead and top roped situations, with clients both new to climbing and quite experienced. I used it for belaying clients as well as belaying climbing partners, some projecting routes for long periods of time. The GriGri+ is a braking ASSISTED device, NOT an auto-locking device. The braking assist can only function if the device can rotate around the locking carabiner and the cam is free to rotate within the device itself. It requires a particular method of use, clearly mandated and instructed by Petzl. It is easy to use the device incorrectly, especially while paying out slack during lead climbing. Once the particular style in which the device needs to be handled is practiced and mastered, I don’t find it any harder to use it over any other similar product. 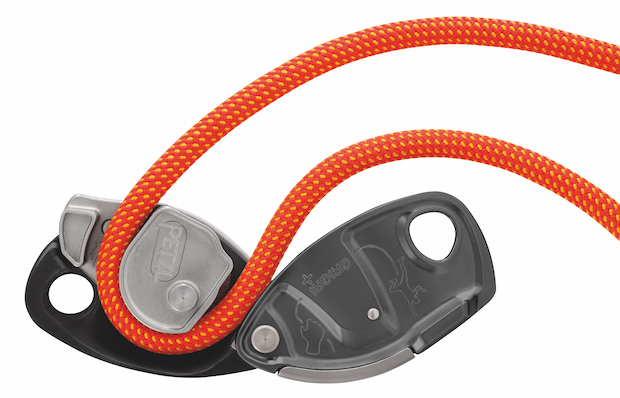 The first tactile and noticeable improvement in the GriGri+ over the GriGri2 is that the right side plate has a nice forged lip for the index finger to use (required with proper use) that is much more comfortable during long stints of lead belaying. The device is rated for all single rope diameters and optimized for ropes between 8.9mm and 10.5mm, but I find it best to stick with ropes under 10mm in diameter. Staying under the 10mm mark in lead mode makes the process of quickly feeding, and taking in slack, much smoother. Larger diameter ropes require more effort when using correct technique to pay out slack quickly. The effect of larger diameter ropes can also be felt in top rope mode but isn’t as much of a factor since feeding slack quickly is normally not a concern.

Lowering with the GriGri+ requires less pressure on the handle to begin the descent compared to the previous model, and once the descent has started, regulating the speed is easier if the brake strand of the rope is allowed to freely slide (but NEVER fully releasing). The GriGri2 requires some tension on the brake strand to provide a confident feeling while lowering. The GriGri+ provides a much smoother descent without this tension on the brake strand and the rate of lowering is easily controlled through just the handle. The anti-panic function immediately stops the descent as advertised, resetting it is intuitive by just letting the handle return to its resting position.

Guiding a single client can present situations where a new climber must lead belay a guide, with no backup, so a top rope anchor can be set. I find the extra security offered by the anti-panic feature of the lowering handle reassuring for both the client and myself. I also appreciate the stainless-steel wear plate as equipment used while guiding gets much heavier use when compared to personal gear. 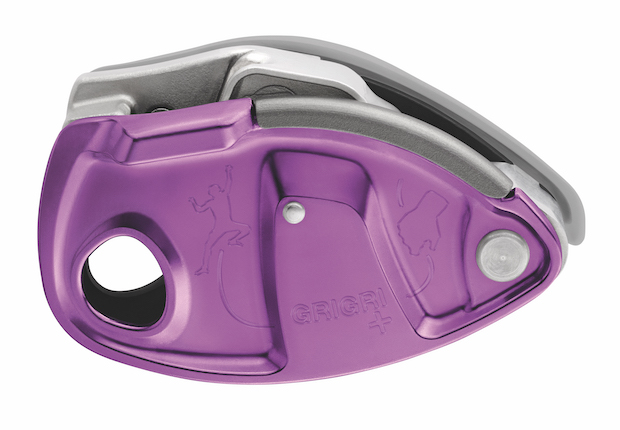 Petzl improved what was already a great and widely accepted assisted braking device with additional safety features and practical improvements with the release of the GriGri+.. Larger diameter ropes do hang up more when compared to the older version, but rope diameters have been consistently trending towards smaller sizes for some time. The minimal weight and size gain are negligible during use. There is a rather hefty 50% price increase over the GriGri2, but for this tester, the added margin of safety and peace of mind as both the belayer and the climber are well worth the extra $50.