Non-Locking Folding Knives: Are they worth the hype? 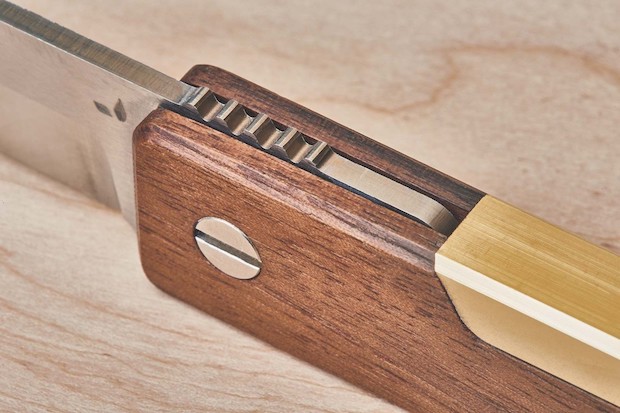 When you start talking about folding knives with folks, the type of locking mechanism they prefer inevitably comes up. Some people hardly notice the difference in lock type from knife to knife – but others prefer one over the other. This predilection comes over time and through use, but to be quite honest most lock types are subjective to the knife they’re employed in and what it is being used for. I’m personally a fan of a frame or liner lock and Benchmade’s patented Axis lock, the latter being one of the strongest and most reliable lock mechanisms available in the marketplace today. I do a lot of cutting and slicing on the move in the outdoors and I need something I know will lock in place and take hold until I choose to close it, and not because of a slip of my hand or it was shoddily made.

But what about folding knives that don’t have a locking mechanisms? Chances are, you’ve probably only experienced them on a Swiss army style knife, for example. But believe it or not there’s quite a selection of these knives available today and they are growing in popularity. In the past five years, custom knife makers have taken to putting them in their line up too, and some of the big dogs – like Spyderco and Boker – have done the same. But what are they all about and should you consider carrying one? In short, yes – you should. But let’s dive a little deeper into what these styles of non-locking knives are and why they’re still around. 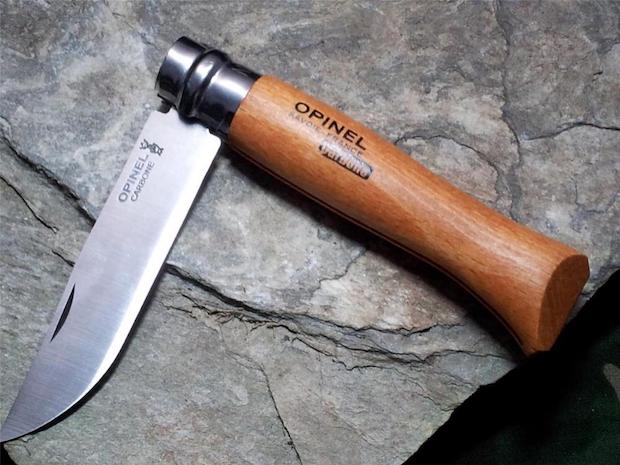 Friction and Slip Joint folders were the first types of folding knives and neither had a lock mechanism on-board. Both are ridiculously easy to produce and can be relied upon for years due to their general lack of moving parts. Friction folders – commonly referred to as “fricky folders” – came first, and are the simpler of the two non-locking folders out there. They are comprised of two handle scales, a blade, and a pivot pin, and can also have a tail or tab that extends from the back of the blade to open them, not unlike what you would find on a straight razor. As the name implies, they are held open by friction which can be aided by trapping the blade tail in place by your hand. The Slip Joint folder, which is the blade type commonly found in Swiss Army Knives, are a little more complex. They’re built the same as a friction folder, but have a spring bar that allows them to snap open and stay open. In this form, the blade loses the tail and truly requires two hands to deploy.

As things tend to do, non-locking folding knives fell out of favor over time as more advanced lockable folding knives grew in popularity. On top of that, some knife nuts see them as a novelty more than a necessity. Locking folders are designed to take on heartier tasks and generally are more reliable – which is why there seems to be an endless drive in the knife-making world to improve on the favorable types of lock mechanisms out there. But that doesn’t mean that non-locking knives are going anywhere anytime soon.

Aside from Swiss army tools, there is quite a collection of utility and pocket folding knives o the market today. Furthermore, this style of folder has seen a bit of a resurgence over the past few years with the re-birth (and Brooklyn-takeover) of the Hipsters. They have a flair about them (the knives, not the Hipsters) that makes them a great, inconspicuous secondary knife. They’re also generally more widely accepted in places where locking knives may be seen as a threat or completely illegal to carry.

With that being said here are handful of my top picks for single-blade Friction and Slip Joint folders that are currently available on the market. 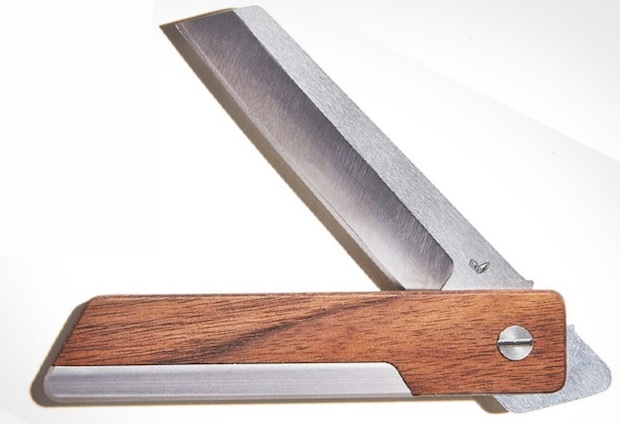 Grovemade Walnut Pocket Knife (Fricky)
Earlier this year, Grovemade, commonly known for their wooden iPhone cases, released three variants of a Japanese Higonokami inspired friction folder that they simply refer to as the “Pocket Knife.” Available in Walnut, Walnut with Brass, and a Maple version, this “gentleman’s folder” is 4.25” long when closed and features a 3” modified-sheepsfoot style blade. The back of the blade extends out to aid in opening the knife and thumb jimping by the pivot allows you to keep the blade open while under pressure. I find it to be a great little slicing knife for opening mail, stubborn bags of chips, and the like.

Spyderco Pingo (Slip Joint)
Designed by Jens Anso and Jesper Voxnaes so they could legally carry a pocket knife in their home country of Denmark, the Spyderco Pingo is simple, lightweight, and the largest knife in the group. Featuring high-end Bohler N960Co steel and injection molded handles, the Pingo also has a heavier spring than what is generally found on Slip Joint folders which makes it that much more viable to the user. Due to an undersized hole designed into the blade, people have taken to adding a thumb stud onto the Pingo making it illegal to carry and use in Denmark, but one-hand operable either way. The ability to make this modification was not the intention of the designers, who put it in place as homage to the larger thumb hole synonymous with most Spyderco knives.

Svord Peasant Knife (Fricky)
Probably the most popular of the current production friction folders, the Svord Peasant Knives are available in a plethora of colors and are affordable with models coming in under $20. Made from polypropylene and featuring a 3” stainless steel, drop point blade, the Peasant Knife features an extended tail which allows it to perform some of the strenuous tasks that locking folders were invented to do. This design feature allows the Svord Peasant Knife to be used in more places for more things which makes it both a great primary and back-up blade. If you are unsure which of these five to buy – start with this one.

Opinel No5 Folding Knife (Fricky)
Made from a single piece of beechwood and featuring a clip-point style 2.5” carbon blade, the design of the Opinel No5 hasn’t changed in over a century. In fact, the only major innovation to the Opinel line-up was the introduction of their Virobloc lock ring more than fifty years ago – which tends to put Opinel’s in a grey area between locking and non-locking knives. Thankfully for you, our future friction fan, the No5 does not feature the locking ring and therefore can be considered a true-blue friction folder. The appeal to the No5 is that it is affordable, durable, and reliable. Because of this, it has only grown in popularity as the years have gone by. If it hadn’t, they probably would have changed or discontinued it seventy-five years ago. 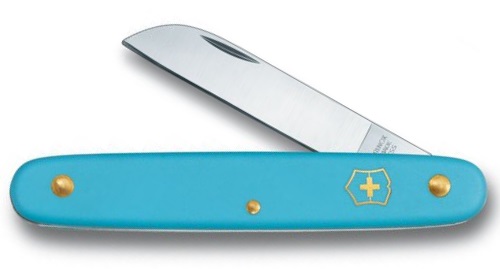 Victorinox Gardener (Slip Joint)
Like the name implies, the Victorinox Gardener was originally designed for plant pruning and harvesting – but in reality, it’s so much more. Coming in at 4” and featuring a single, 2.5” stainless steel sheepsfoot blade, the Gardener – which is sometimes referred to as the “Floral” – slips into your pocket un-noticed until needed. My grandmother used one for years, and when she passed away – I inherited it. I keep it in my pack for slicing, precision cutting, and veggie/herb prep on the trail. The Gardener is available in a multitude of colors, but the black handled version features brass hardware and liners which will keep this blade top notch in terms of form and function for years to come.

So now that I’ve shown you five knives that meet all of my demands in terms of durability, reliability, construction, and materials used, the question still remains: should you go out and buy either a Friction Folder or Slip Joint Folder? In my mind, if you’re someone who is accustomed to carrying a knife with them wherever you go; yes. These types of knives are “allowed” in more urban areas in the United States and generally throughout the world. Additionally, they make great back-up knives for daily use, as well as inconspicuous primary knives if you just don’t want someone to notice you carrying a knife.

However, if you’re someone who doesn’t generally carry a bladed tool with you on a day-to-day basis, I would recommend that you pursue a lockable folding knife instead. You will only be using it in an emergency or out on an adventure and would probably want a knife you don’t have to really put much thought into while using it. That said, if you still felt compelled to go with a non-locking knife – stick to either Slip Joint’s (as they have a stronger open-hold and are less likely to bite you) or the Svord Peasant Knife mentioned above, as the extended tail makes it super easy to become accustomed to.