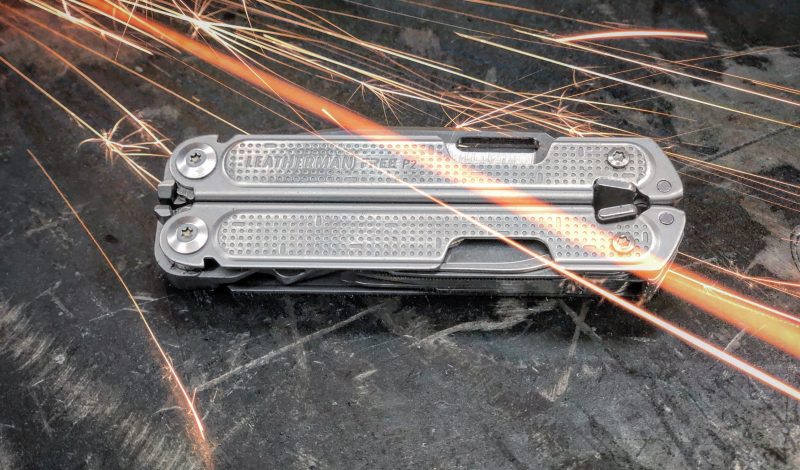 For a real knife and tool-hound like myself, the anticipation for the new Leatherman “Free” series of multitools was almost too much to bear. After all, I’ve known “a new and revolutionary” tool series was coming from Leatherman for three years now, but was given very little detail. Then, in January, when SHOT show came around, I finally got that first taste of “Free” through some internet digging — my child-like excitement was almost uncontainable. So, thanks go out to the folks at Leatherman for getting one of the first test samples of the Free P2 sent to me to fawn over.

That said, I didn’t want to shoot from the hip and hurriedly post a review through rushed testing and very little day-to-day, spontaneous engagement. Heck, I’ve even been avoiding my editor for over a month, in fear that he would want this review up ASAP. No, this had to be handled with care, over days of an amalgamation of every-day use, adventuring, and Gear Institute testing processes. So please forgive us if the following isn’t your standard “Gear Review”. This has been an evolutionary and revolutionary experience and I feel the need to explain certain facets of this tool — because, after all, this IS the next big thing.

Additionally, though I haven’t had the chance to test out the P4, most of what’s going to be shared below, could be said for it as well both the Free P2 and P4 are the same size, with the P4 adding an ounce, as well as a dedicated serrated blade and saw. So keep that in mind when you’re considering which one you want to buy. And you will be considering buying one. Trust me.

WHAT IT IS:
The Leatherman Free “P2” is a multitool that is as familiar as it is different. It features the prerequisite multitool components: pliers, an assortment of screwdrivers – big and small; Phillips and Flathead. Scissors. Knife, awl, and file. But it also has magnets. Magnets? Of course it has magnets – but who would think to use them to streamline and improve the overall function of a multitool? Leave it to Leatherman, the people who invented the multitool.

PROS:
True One-hand use
Enhanced ease of use and safety
Aggressive Lock Mechanism
The Magic of Magnets
Pocket Clip

THE VERDICT
Out of the box, the Free P2 was a little stiff and the tools didn’t open and close as smoothly as I had seen in videos from SHOT show where those lucky ducks were spinning and flipping the tools around as if they were riding on ball-bearings. But within a day, the stiffness subsided and, in the course of the past three weeks, the P2 has not only become my goto EDC pocket tool, but it’s also something of a fidget spinner. I find myself swinging it open throughout the day, as well as engaging and disengaging the onboard tools. Having owned nearly every tool Leatherman has produced, the P2 is the easiest and most adaptable tool they’ve ever made. Even with the insane amount of gear testing I do, I have never paid this much attention to — or spent this much time — focused on a multitool.

ELEPHANT IN THE ROOM: How are those magnets?
When I first saw that Leatherman was going to rely on magnets for smooth and secure operating in the Free Series, I worried about their effectiveness after getting all gritty and grimy from day to day use and riding along in my pocket.

I am happy to report, that after almost a month of abuse, the magnets still work as intended without any interruption in function. I even made sure to NOT clean the tool after a few intense and dirty moments, which were totally outside the realm of normal use, and the magnets still performed exceptionally.

In short: they’re a pure joy and an asset to the functionality, safety, and overall performance of the tool.

EASE OF USE
Nine times out of ten, if I need to use a multitool, I’m already in a compromised position – like under my truck on the side of a trail, or while hoisting up a nest of wires in my new-to-me house; so I need a multitool that I can easily deploy. However, it also needs to be something that requires a little effort to disengage.

The P2 offers that balance of access and security. It’s designed for one-hand operation, but Leatherman also beefed up their already substantial lock system. Leatherman carried this theme into the plier arms as well, which have a substantial slip-lock that requires more effort to engage and disengage. Oh, and yes, all of this works with a gloved hand.

The shining star here, at least in terms of access, is the pocket clip. Standard on the P2, but available for the P4 as an add-on, the pocket clip keeps the P2 at the ready, riding on the rim of my pocket and not lost inside of it. For years I have been bolting or welding on pocket clips to my Leatherman tools — this is a real treat for me. [Editor’s Update: the Free P4 now comes standard with a pocket clip.]

DESIGN AND CONSTRUCTION
Many multitools on the market today suffer from flex under duress – a situation where the arms of the pliers begin to twist under torsion. Though there is some give when you squeeze the arms, there is no twisting under strain. This can be accredited to the pliers themselves, which were completely redesigned to combat this issue as well as to be more streamlined to access tighter spaces.

One notable difference in construction is use of standard Torx bolts instead of security Torx bolts. This allows the end-user to perform routine maintenance on the tool, but also opens the doors for repair as well as modification (which would totally void the warranty, but we’ve all done it to some extent.)

TOOL ASSORTMENT
Leatherman didn’t stray too far from the norm when it comes to the onboard tool assortment. I will be honest when I say that I am glad that they didn’t choose this tool to rely on bit drivers, as they’ve done in the past. I can appreciate the versatility of a bit driver, but nothing beats the long neck on a Phillips or Flathead screwdriver. The one stand-out here, and it’s an odd-ball, is the package opener that is ground into the large flathead. It’s not sharp enough to cut you, and it doesn’t take away from the function of the flathead – but it does add the ability to open up packages, as well as making score lines for cutting lumber, etc.

ROOM FOR IMPROVEMENT
Though I rarely rely on the knife blade included in the majority of multitools — it is there, and I will use it. That said, being that this is a total reinvention of the tool they invented, this would have been the prime opportunity for Leatherman to step away from their marriage to 420HC for their blade steel. It’s a fine steel that holds up in both corrosion and edge resistance, but there are better options out there that wouldn’t impact the price. Even more coveted steels like S30V, a premium steel, wouldn’t have had that much of a financial impact, since it’s so widely used nowadays.

MY BOLD STATEMENT
In the course of compiling this diatribe, I had the opportunity to bounce reactions off a good friend of mine and I came to the conclusion that the P2 is the PST (or PST II considering the scissors) of the 21st century. It’s a tool that will serve as the foundation for future multitools.

Both the P2 and P4 tools are a much needed update in a stale EDC tool category and feature everything you need in terms of a pocket survival tool. As we evolve and technology evolves, who knows where Leatherman will be in twenty-five years? But you can bet people will still be using and talking about the Free P-Series, just like they are the PST and PST II. 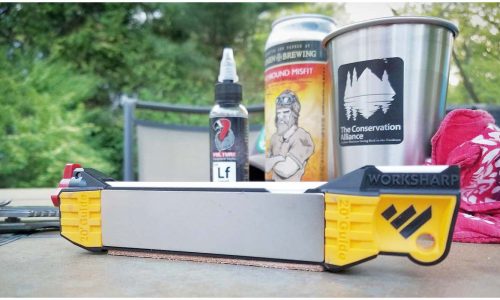